The official rally simulator game is back with a competent and complete but not too spectacular.

There are many annual series, many more than we can count of the top of our heads. And one of those titles is WRC (World Rally Championship), one of the few existing franchises currently associated with the world of rallies. Wrc series enjoys the official license of the real competition of the same name. A title that comes to PS4, Xbox One and PC and the Switch version scheduled to release a few weeks after.


Solely for that reason, that is, because it is one of the few exponents of a sport as popular as the rally, it makes it a very appealing game for many users. But WRC 8, the new installment of the series, has other considerable virtues and, broadly speaking, it is a complete title … although despite the evolution experienced in this new season, it still has a lot of room for improvement.

Skid marks on the mud

We are facing a title that enjoys the official license not only to include the competition linked to the WRC. Also allows us to enjoy the WRC2 and the Junior WRC, not to mention the races behind the wheel of classic cars. The number of stages is really striking: more than 100 paths included in 14 official rallies, 50 teams, dozens of official vehicles … 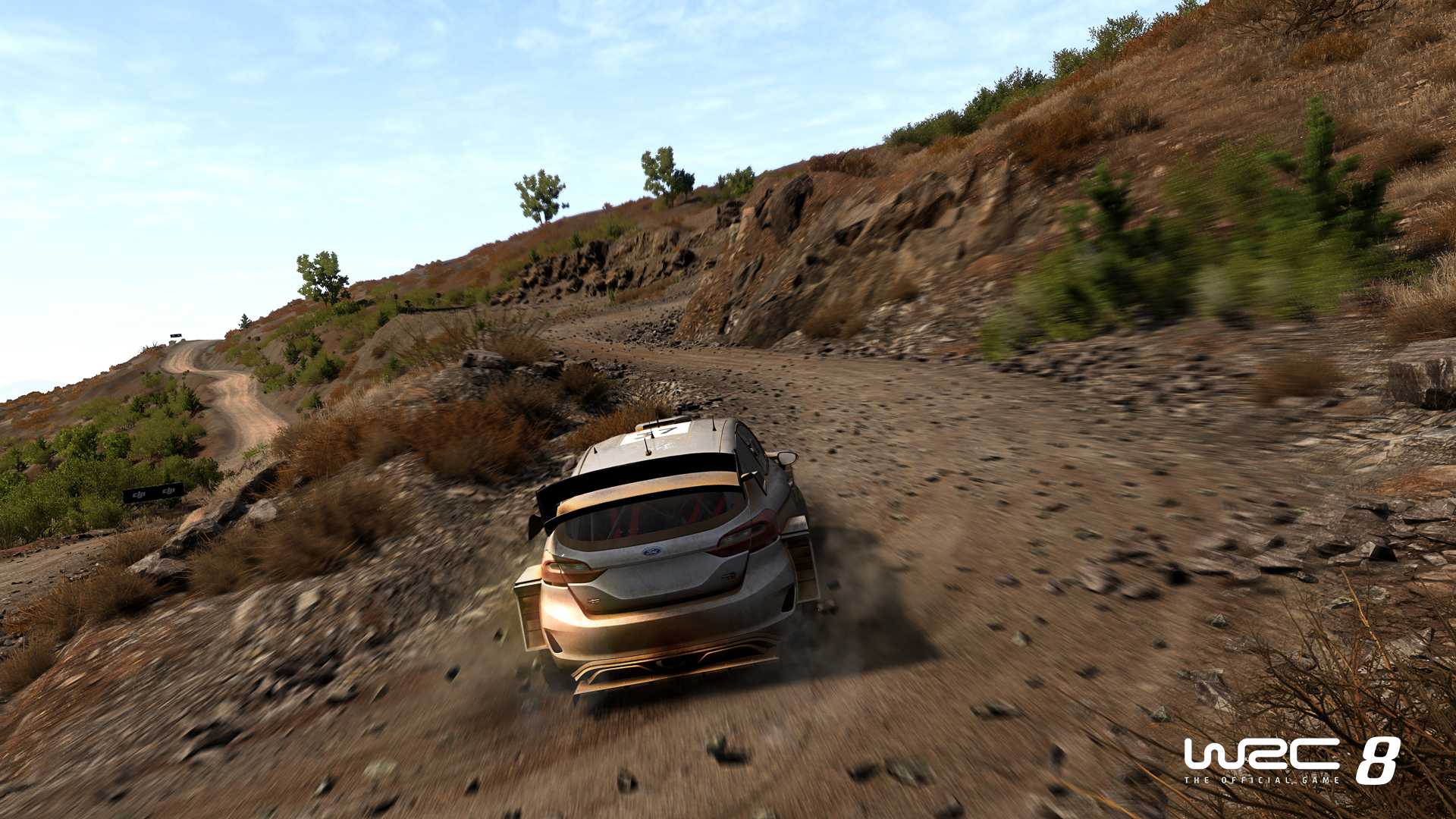 In this aspect, we are undoubtedly facing one of the most complete game in its category, and it is possible to enjoy WRC 8 for many weeks. And that in-game modes is not surprising much, much less, given that although the amount of options and modes available is not inadequate, it is not that it includes any that primarily draw attention to its originality.

Of all that it incorporates, the deepest and most prominent is the new Career mode, which has been revised for the occasion and is quite suggestive. Once we have chosen the category, our journey as rookie pilots, WRC2 or Junior WRC, we must carry out all the tasks of a rally driver and his team. Also, we have to prepare the calendar, determine what days we will devote to training, how much funds we invest in the R&D of our team, what staff we hire … This mode has seemed most interesting since We have enough room to make the decisions we deem appropriate. The gameplay is quite engaging and well built in our opinion. 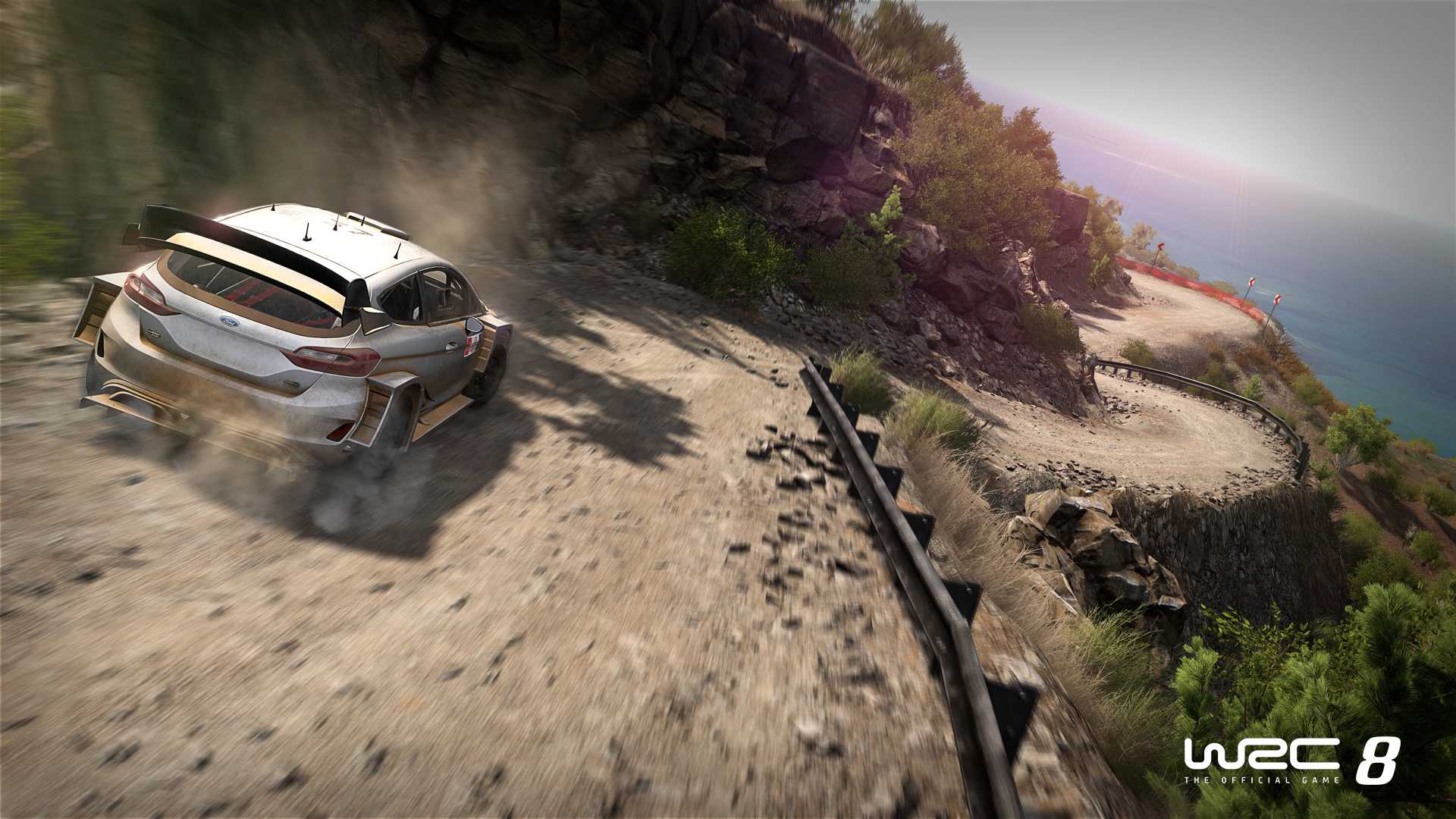 Together with this very suggestive modality, we find more than half a dozen more that are not usually missing in the main menu screens of simulators of this style. Training, online mode for eight players, varied challenges, fast game … A split-screen, a local multiplayer mode, is also included. A list of satisfactory options but, we reiterate, not uniquely original, which in any case we think will please most players.

Once we get behind the wheel of one of the many different cars (and belonging to several categories) that presents the title with high flexibility, depending on our level of expertise as pilots and our own preferences, we can choose to turn the game into a reasonably demanding simulator (but without reaching the levels reached by other similar games such as  DiRT Rally 2.0 ) or a pretty style title more arcade. We can activate or disable assist of various kinds, including damage, aspects that many conditions the response and state of the cars during each race. 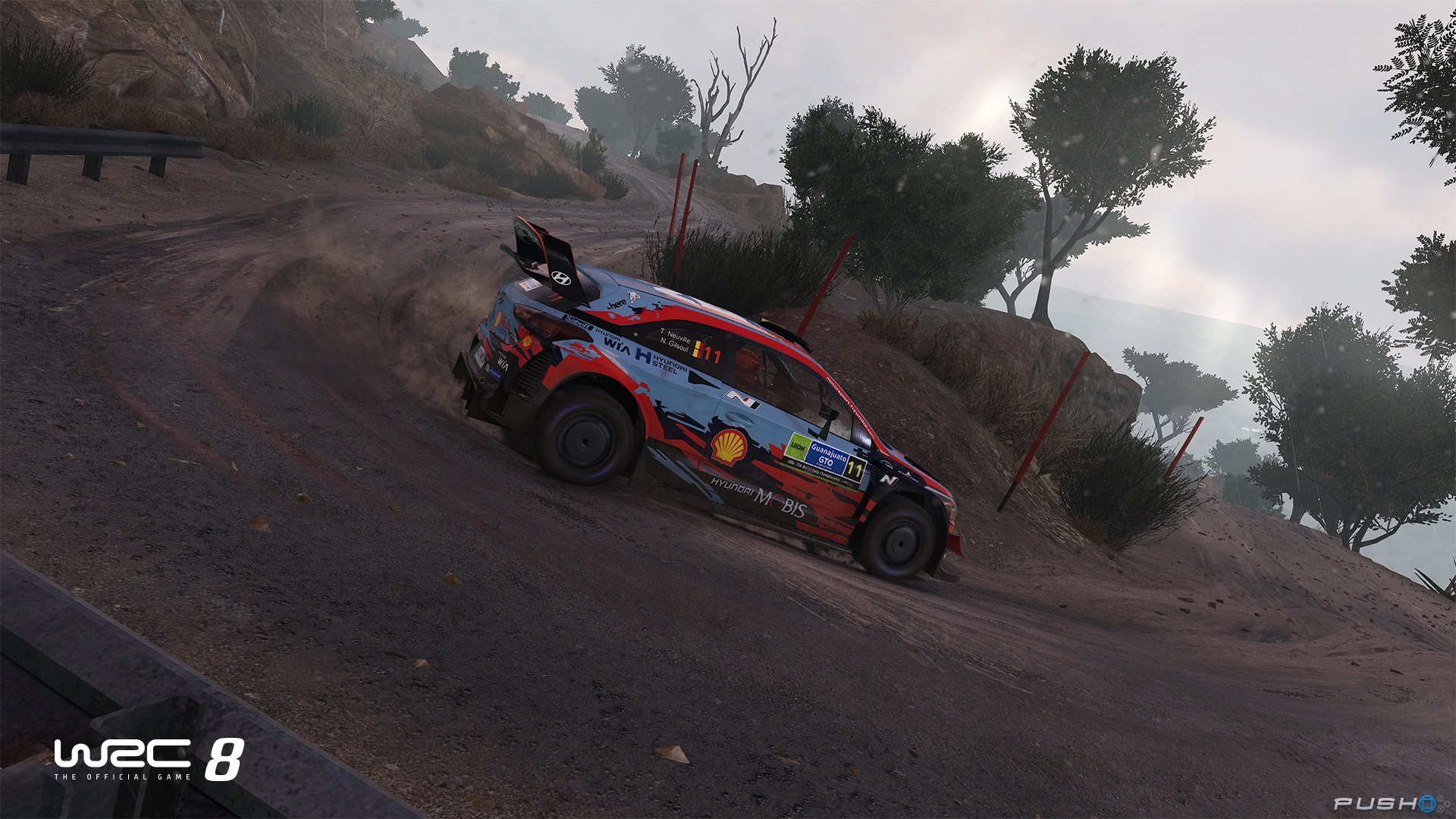 The behaviour of these vehicles on the different surfaces that meet in each competition (asphalt, snow, gravel, ice, etc.) is quite noticeable, as well as the car we have chosen. The developers have integrated a new system of physics, something that the franchise was crying out for a long time, and the truth is that there has been a substantial improvement. The cars react more convincingly to the different obstacles and details of each track such as jumps, surface changes or unevenness, and this time the feeling of weight is more achieved.

Also note the different dynamic weather conditions that have been introduced, which directly affect the behaviour of the car and its traction and grip on the tracks. Without being the best effects that we have seen in this field, at least the effort on the part of the developers to try to give more realism to their work, that is always appreciated in productions and noticed. 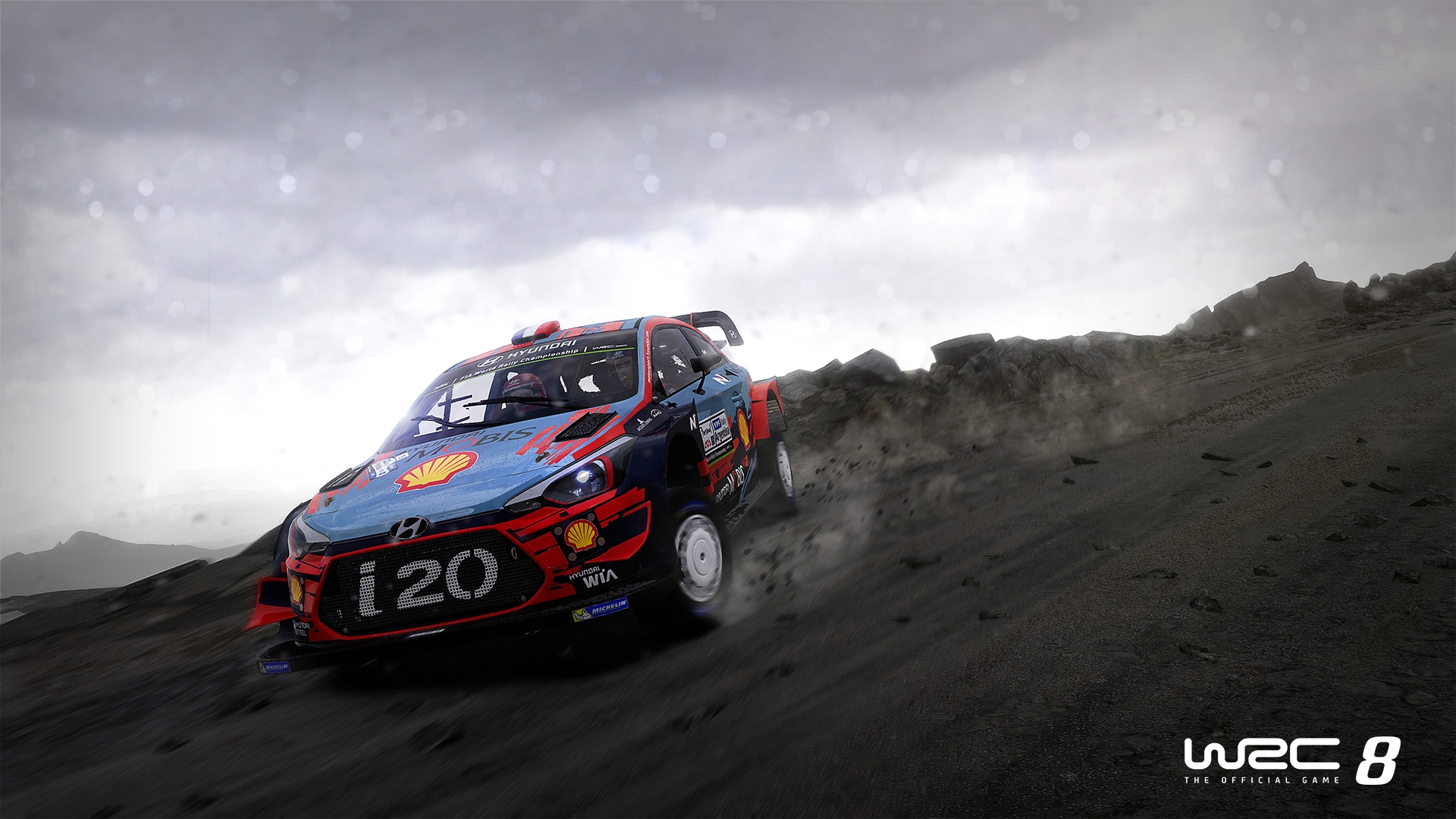 What still remains somewhat stuck is its visual appearance. Elements such as the recreation of cars are quite successful in general. However, it must still evolve a lot since during the races it is possible to notice certain defects such as the sudden appearance of some elements in the backgrounds, the somewhat neglected appearance of some textures (vegetation, fences, etc.) or the presence of clearly flat funds. It is not a bad game in this regard, and individual rallies (such as Sweden or Australia) look very good, but can not compete even against current references in the speed genre. And in this class of titles, the graphic presence houses a significant role.

Its sound effects follow a relatively similar pattern. The presence of co-pilot is appreciated, something vital in rally games, but the effects are met without major pretensions, and the soundtrack suffers from any prominence. 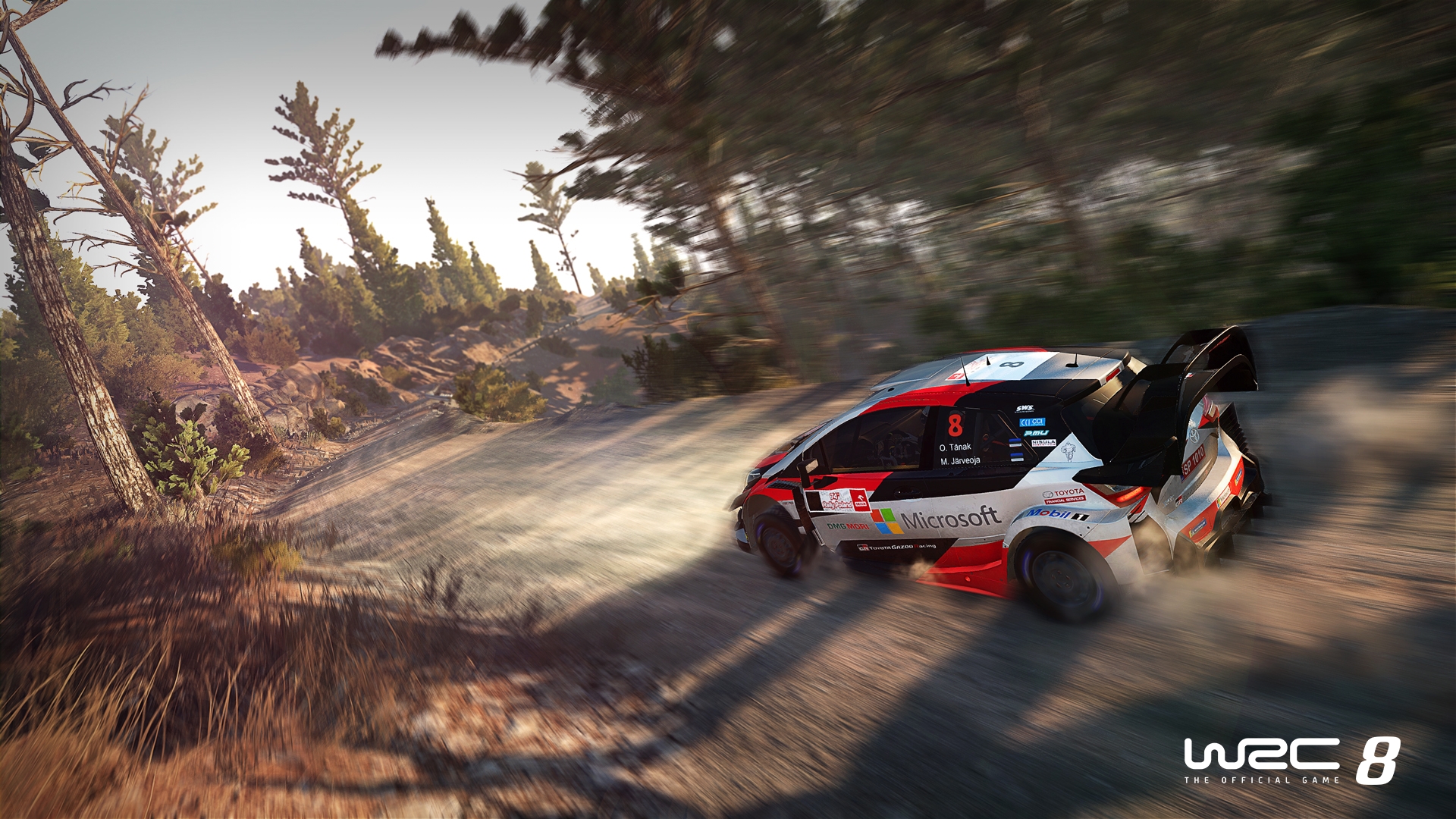 If you like rally games or even speed in general, you will surely find in this title very appealing that guarantees fun for many weeks. The main problem with the title is that; it cannot compete in a multitude of fields against the great exponents of the popular speed genre, especially as regards the technical section.

We have prepared this review by testing the game on PS4 Pro with a download code sent by Bigben Interactive.