Few would have imagined it would get TT Games when he began to create games featuring Star Wars Lego figurines harmless. Nearly a decade later are many movies or comics who have gone through this universe: Indiana Jones, Marvel, DC Comics, The Lord of the Rings, Harry Potter, Pirates of the Caribbean, The Hobbit … Now with the maturity of a recognizable brand itself in this industry began to see own adventures, play with Lego- is the film with the appropriate name Lego The Movie which honors these building blocks. Plastic video games, hence the movies and, of course, around the video game adaptation The Lego Movie Video game: the merchandising a perfect toy for the company.


Lego The Movie was a good movie with computer generated grasphics and full of humor that TT Games is well known in all games, a story with a singular hero Emmet a construction worker may well be the most generic doll found in your lego colletion, whose life is the same as that of other colleagues, same tastes, same grid mind. He lives for his job and nothing you out of there. But there is a villain who wants to shape the world of Lego under strict orderly vision, separating each universe-what would become each set pieces- with an iron hand. Emmet know this until by chance meets a mysterious object and comes in Supercool, a sort of Trinity Matrix will show the course chosen the path dictated prophecy. The argument really does not sound particularly innovative, the genius is in the form of telling and the message saved in favor of the imagination: do not be another brick in the wall.

The Lego Movie Videogame follows the general lines of this argument, with situations from the movie, so this time the cinematic sequences are extracts from it with some of the best gags and stunts. Notice to mariners Youtube: developers disable video sharing function in those scenes for obvious issues are released -game and simultaneously-film. Occasionally you notice that the speed of events goes something fast and the game is too restricted to the marked path in the movie, but you have everything you expect from this series of games: some platform, action and puzzle, distributed through missions that are constantly changing the tempo with a variety of events. Depending on our tastes and the good work of TT Games, we will find very entertaining sections and more tedious, a difficulty that has been substantially lowered compared to past games company.

As playable resembles that other adaptations, with the cast of characters and their different skills a constant mechanical to advance each stage. Emmet can use your hydraulic hammer to break certain surfaces or build objects of a particular color, while female characters can jump to greater heights; Supercool for example is able to climb nimbly and creatively create shapes without the need for manual head bring both the protagonist, while the character of Benny can hack terminals. Of course, the best way to enjoy the game is with the local cooperative, where the laughs are multiplied. A pity not yet online multiplayer has been contemplated. 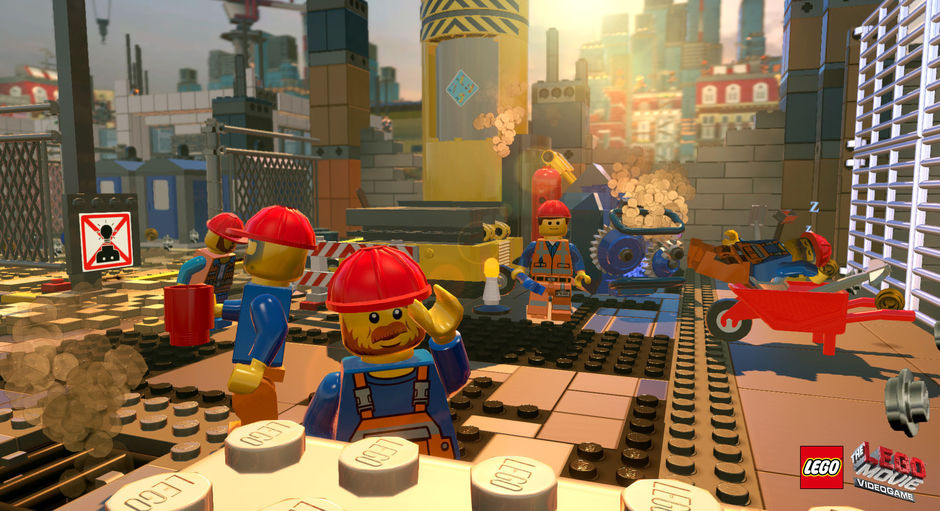 Admittedly they have included a few novelties in the form of pretty fun mini-games, although never drastically change the way you play. The aforementioned hack adds one to improvise certain vehicles or devices -suelen be escondidos- looking objects, are part of the scenery or enemies, to destroy them and merge them into something new. There are also puzzles in which we select a part of several shown to complete construction. They are good additions and fully consistent with the argument that it is the separation of the creators-and characters-both by the originality of those who merely follow the rules and innovating. The rest of the tour we usual Lego games: find key pieces, many collection and control through a hostile robots, not bad combat system quite simple.