Spectacular, addictive, frantic and unpredictable... a new generation shooter without reinventing the genre yet feels fresh and original, and shows that developers can still innovate in multiplayer action.

In just nine months we have gone from not knowing what he was doing Respawn Entertainment, a new studio founded by the creators of the popular Call of Duty franchise, to become his first job in one of the most anticipated games of recent times.Leaving us open-mouthed at E3 with a demonstration that we could not touch, and confirming those good feelings a couple of months later in the gamescom in Germany where you could try first, Titanfall been making a lot of noise since last summer, a set of multiplayer action that everyone who has tried has been convinced and excited.


After a successful beta who have enjoyed millions of players around the world, being able to check the good feelings of the press, Titanfall comes with the responsibility to fulfill the high expectations placed on it, to revitalize sales of Xbox One, that if While there have not started anything wrong, he is watching his rival was away, and moreover to reconcile many players new to the genre, which are a bit disenchanted with very similar proposals and have innovated little in recent years.

And as you can suspect that jugarais thoroughly beta, Titanfall not disappoint, and becomes one of the most fresh proposals within the genre in recent years , and step into the best game of the new generation of consoles , although Also out on Xbox 360 and PC, and despite not being any technical marvel, as explained below. A game exclusively multiplayer , the kind that you know when you start playing but when will you release the knob, and transmitting sensations like the best moments in the series Call of Duty , as the first two Modern Warfare , includes enough innovations and original elements to make you feel like something new, which makes you wonder why you had not thought of it before someone similar idea. 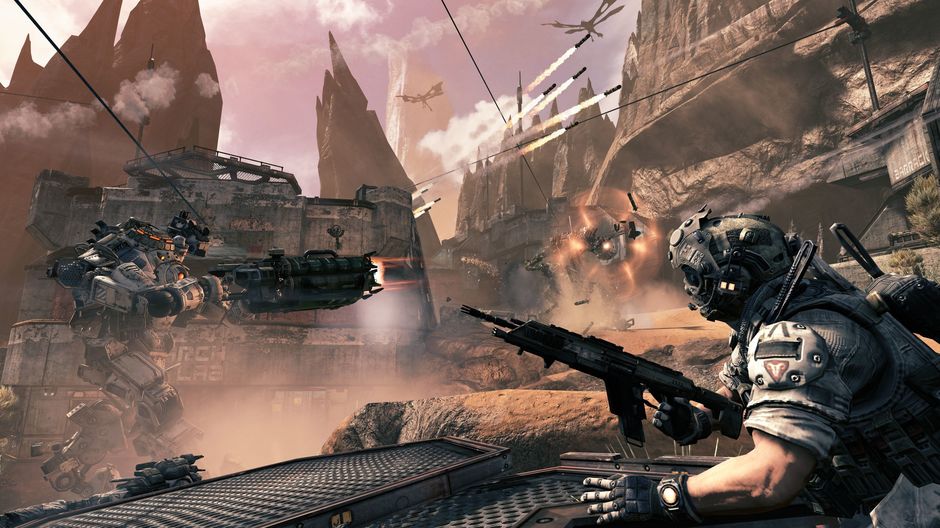 Titanfall is more than a ” Call of Duty with robots and parkour “ , although this statement is very handy for quickly explain to someone what it is, and not really doing very misguided if we are simplistic. The origin of their creators, their understanding multiplayer action, but also the desire to want to propose something new, to understand that gender was a little stale, and impart new blood was needed, with plenty of new and clearly note very good ideas in many ways, a game that continues to surprise more games you’ve played.

The key to their success is that all its elements work and fit perfectly , it shows that it is a game designed to the millimeter, tested to exhaustion. His innovations in the genre you apart and are the first thing that catches the eye, but when you play ball, do not define it, Titanfall is more than the sum of its parts separately, not multiplayer action + Titans + parkour + bots, much more that, and surprised how well it works even try to ignore some of its parts. 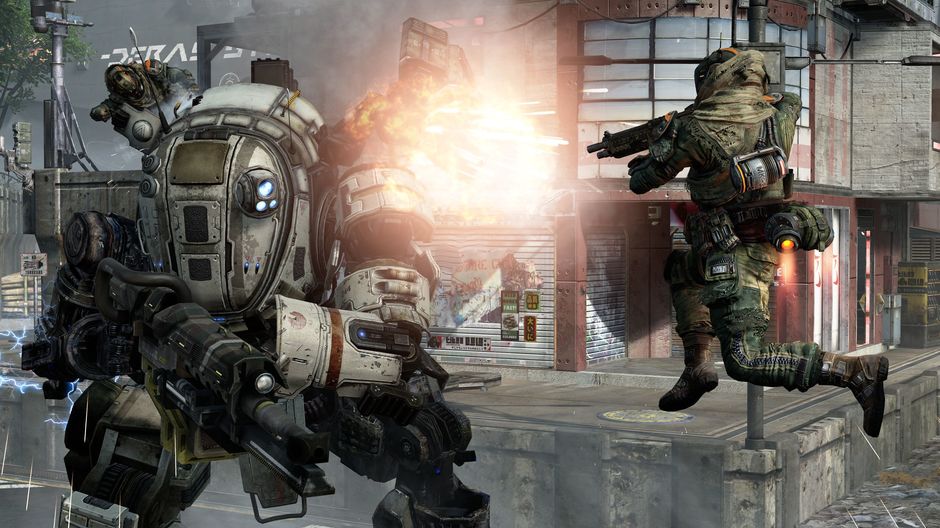 You can play dozens of games without take advantage of the parkour and ignoring verticality of the scenarios, without using the double jump, ziplines, run up walls and stay clinging to them, and certainly do very good scores, especially if you come to play much multiplayer in the series Call of Duty . You can call your Titan relevant and put in automatic mode without ever ride on it, and avoid as far as possible the thunderous and spectacular battles that occur between these huge robots. And all those minions called bots that populate the stage and serve as bait, and if you kill them serve to hasten the arrival of your Titan, gain experience points and score some points for the team in the main game mode, if you do not like, you can spend enough of them, they do not bother and experience does not suffer.