The Pikmin return with a worthy conversion from their best adventure to date.

Wii U left us a good number of great games that, unfortunately, many players missed due to the console’s low sales. Fortunately, several of them are receiving a second chance on Nintendo Switch, which brought masterpieces such as Bayonetta 2, Mario Kart 8 or Donkey Kong Country: Tropical Freeze to reach a larger audience. Following this line, now it is the turn of Pikmin 3 with its Deluxe Edition, the definitive version of the best installment of one of the most special series and with the most personality that has ever left the mind of the legendary Shigeru Miyamoto.

Suppose you were never lucky enough to play this title. We face conversion of a fantastic adventure that combines strategy, action, exploration, and puzzle-solving uniquely and especially. Here our objective will be none other than to explore an alien planet. At the same time, we command three characters who can lead armies of Pikmin, some nice and mysterious creatures that we can launch against our rivals to attack them, and that will serve us for all kinds of things, like transporting heavy objects and fruits, solving puzzles or destroying walls. 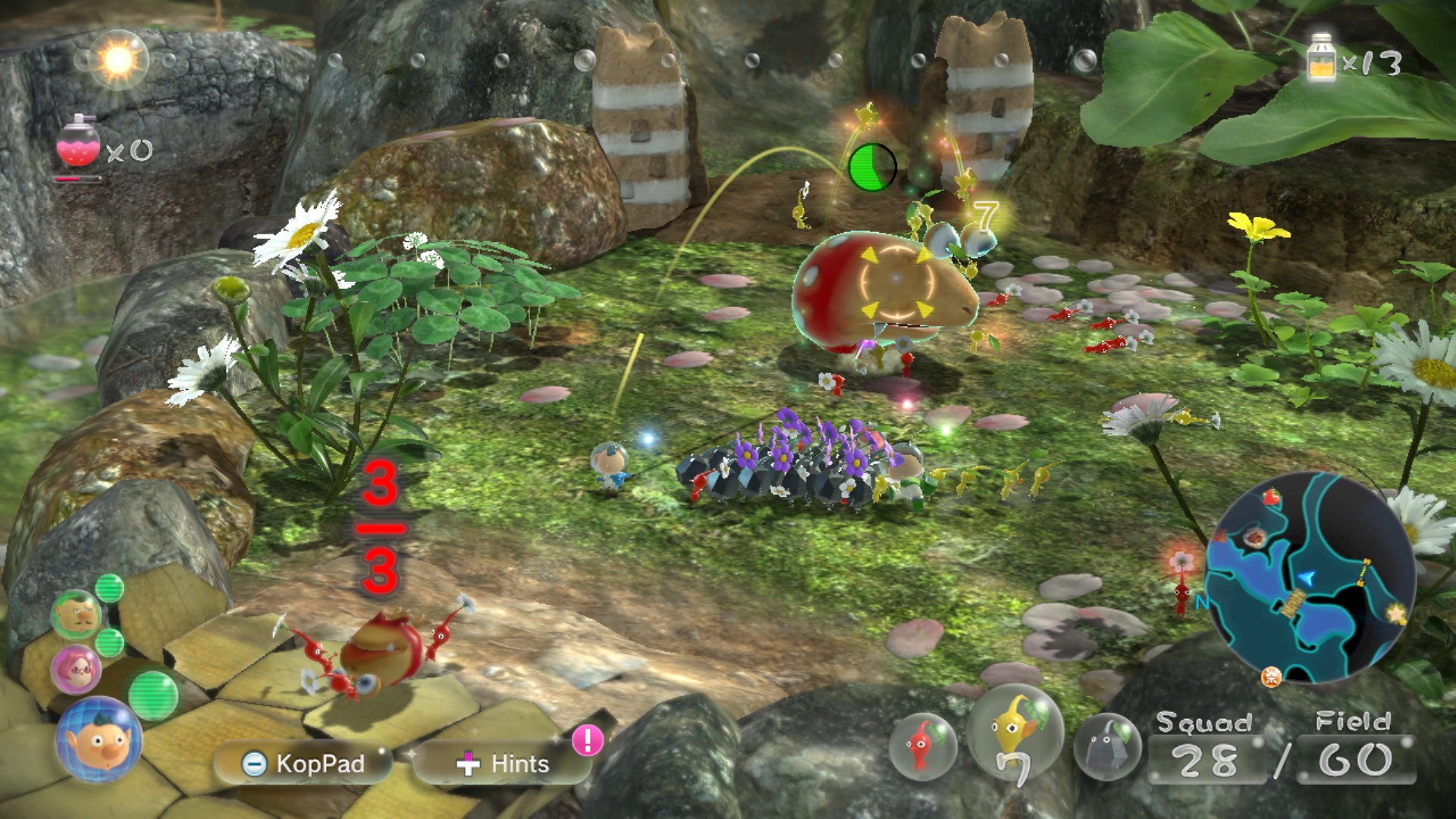 We will have to make our way through the different regions of PNF-404, a hostile world full of dangers whose maps are exquisitely designed and have countless shortcuts, optional challenges and secrets to discover, making our adventures something tremendously satisfying and fun since each step we take usually entails a discovery, the inclusion of some new mechanics or a new advance towards our final goal.

Pikmin 3 is a “very Nintendo” game, and you can see the enormous effort invested in making the experience always rewarding. It’s one of those titles where you wonder when he’s going to run out of ideas, since from start to finish, the game keeps adding new types of Pikmin (all of them with their unique characteristics and abilities that make them more or less useful. for each specific tasks or confrontations), new types of enemies, new gadgets, new power-ups, new dangers and traps, new scenarios, new bosses and unique situations that are never repeated, and so on. 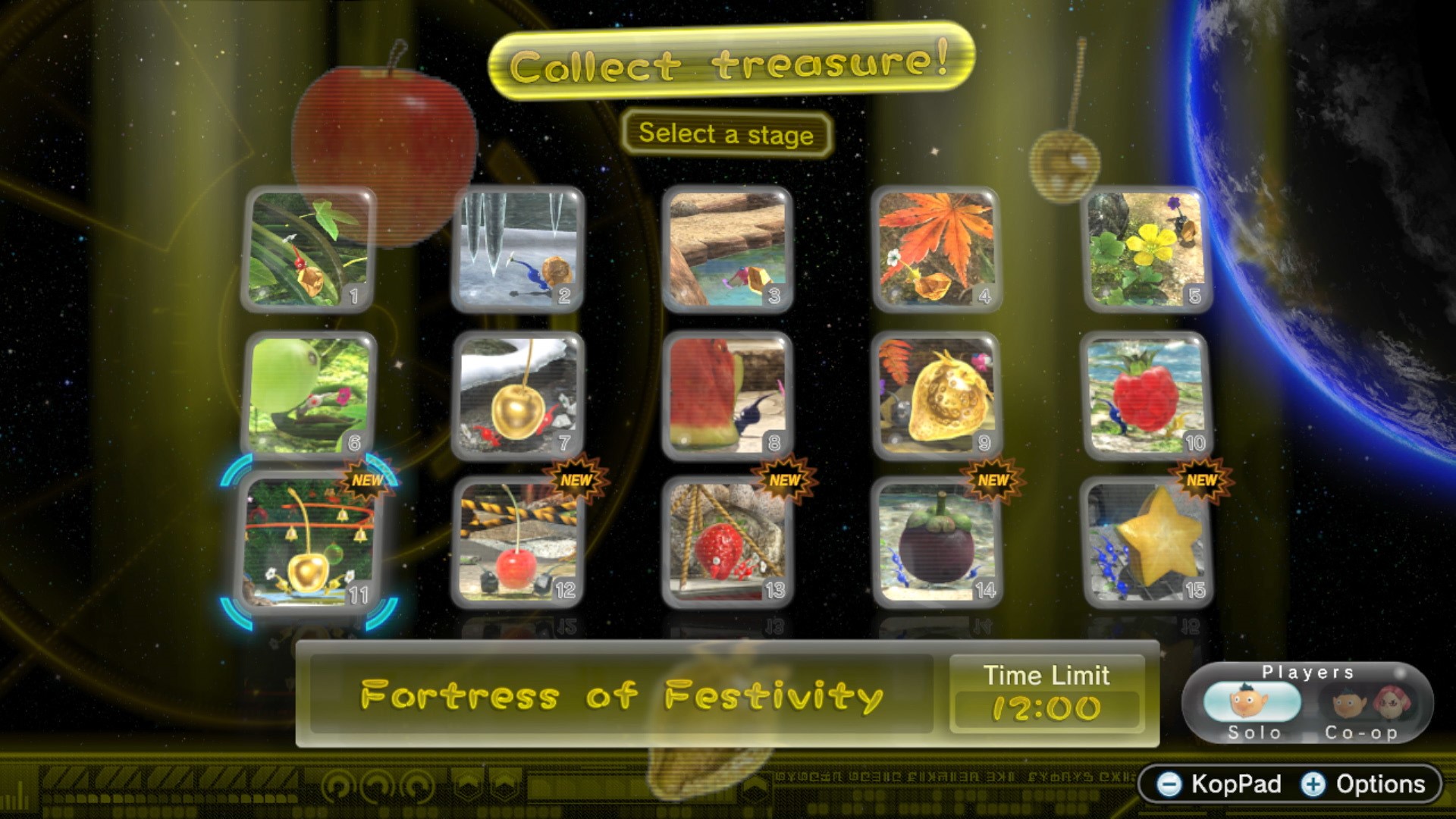 Although it is still the same and outstanding adventure that we could already enjoy on Wii U, we have been surprised how well it has withstood the passage of time, and how fresh and current it continues to feel despite the seven years that have already passed. Its original premiere speaks volumes and very well of the great game that the Japanese company marked with him.

In general terms, we face the same game as always, and we will not find changes of any kind in its history, characters, maps, mechanics, settings or structure. Of course, some very juicy novelties should be highlighted, making this its best version. We find that all its downloadable content has been included from the outset, offering us new missions and modes to put ourselves to the test once we have completed the main campaign. 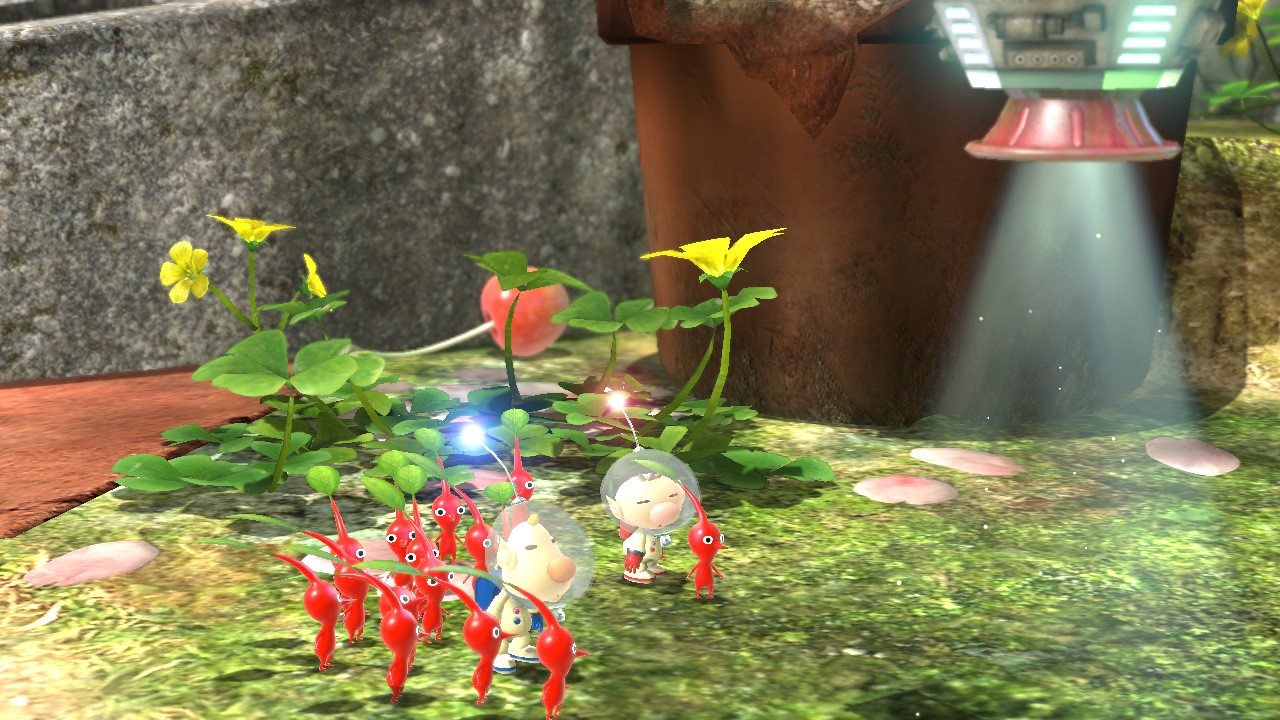 But beyond that, we have the inclusion of two completely new chapters that serve as a prologue and epilogue to the story told in this third installment. These, through a very light narrative, propose us to embody the mythical Olimar and Luis while we play a series of arcade-style time trial phases in which we will have to get all the points we can to improve our ranking. These levels are relatively short and very direct, and they are very well designed, assuming a little quality addition addictive enough to increase the number of our hour counter. 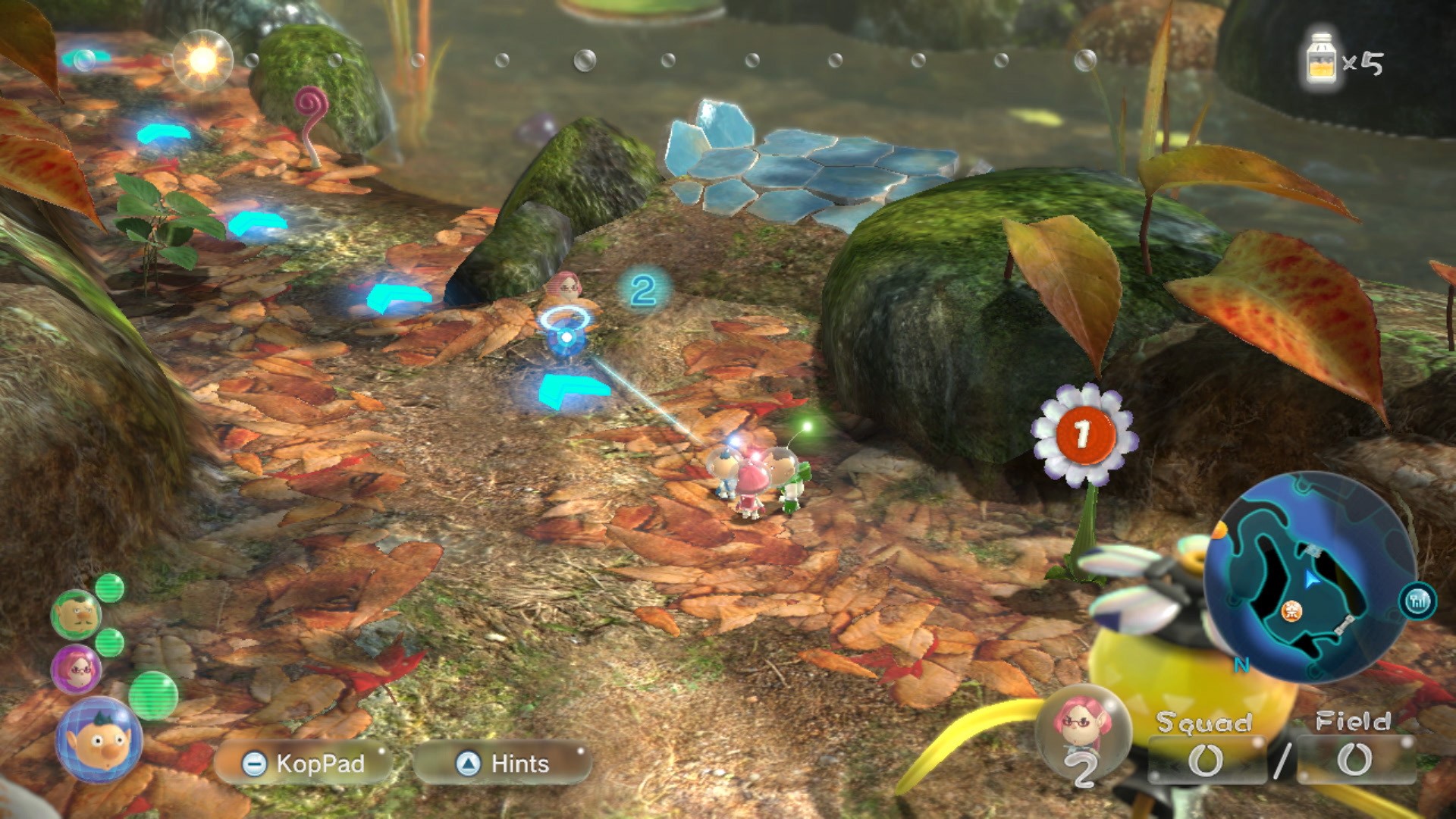 We have to add that the campaign has three different levels of difficulty that will allow us to adapt the challenges to our abilities, which is always appreciated. In our opinion, the second of them has been made too easy for us, and we do not quite understand that the highest one is not unlocked from the beginning, especially when there is a method to access it in advance if we play the game demo. We are sure that there will be Wii U veterans who want to jump to this difficulty directly to replay it and put themselves to the test. 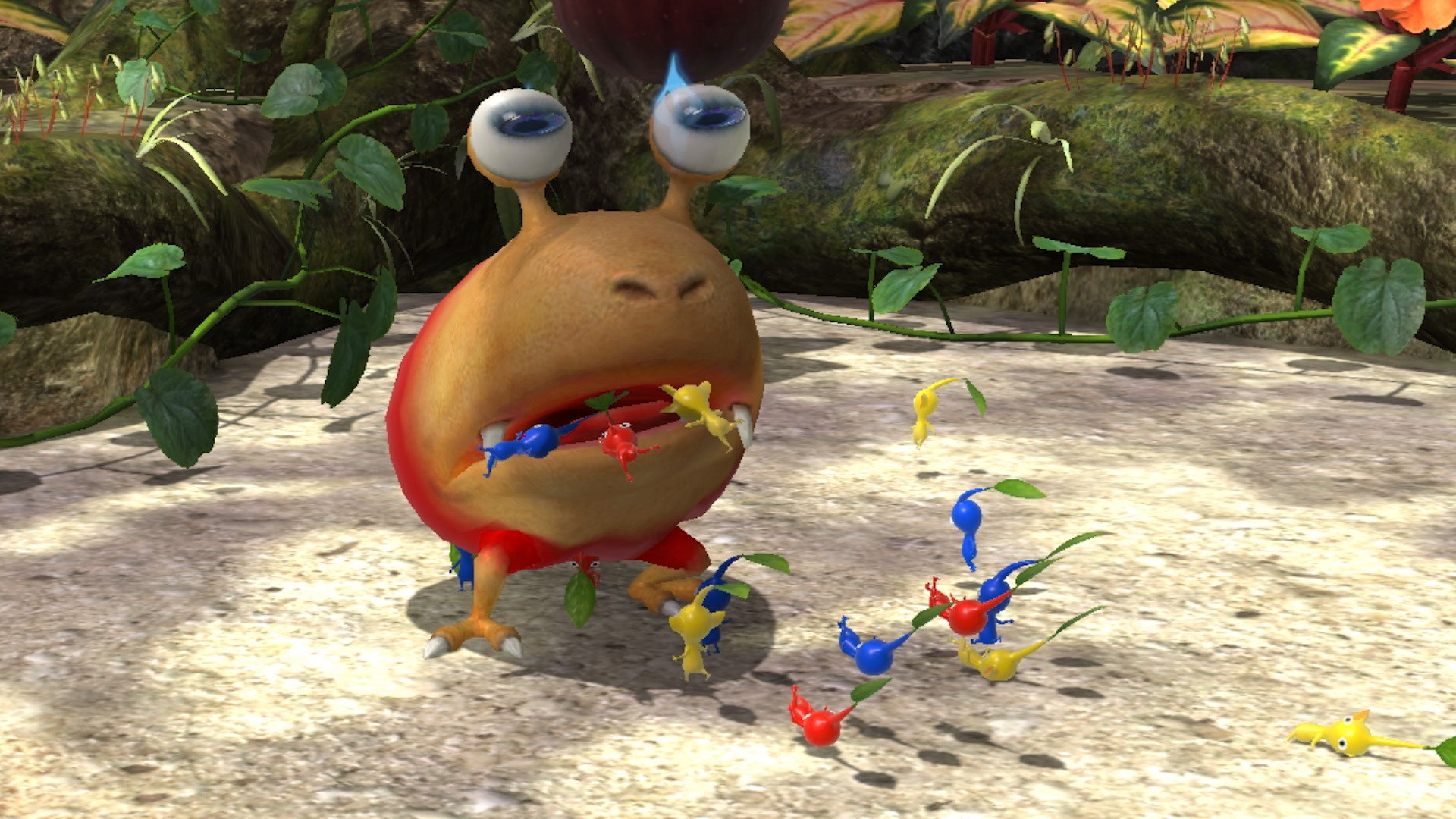 In another vein, we were pleased to see that the ability to play the entire story in local cooperative multiplayer with a friend has also been added. Although this makes things considerably easier by distributing the tasks and developing better tactics, the truth is that this is a hilarious way to play and enjoy its proposal, and you should try.

Another new addition is the improvement that its targeting system has received, allowing us to set targets with great ease to launch our Pikmin and give them orders. It may seem like a minor change, but we assure you that it makes the fighting much more comfortable and intuitive and avoids the occasional displeasure and various frustrations. Nor do we want to forget the Piklopedia, a curious encyclopedia in which we can consult all kinds of information about flora and fauna of PNF-404, or the Badges, the equivalent of an internal achievement system that this edition brings. 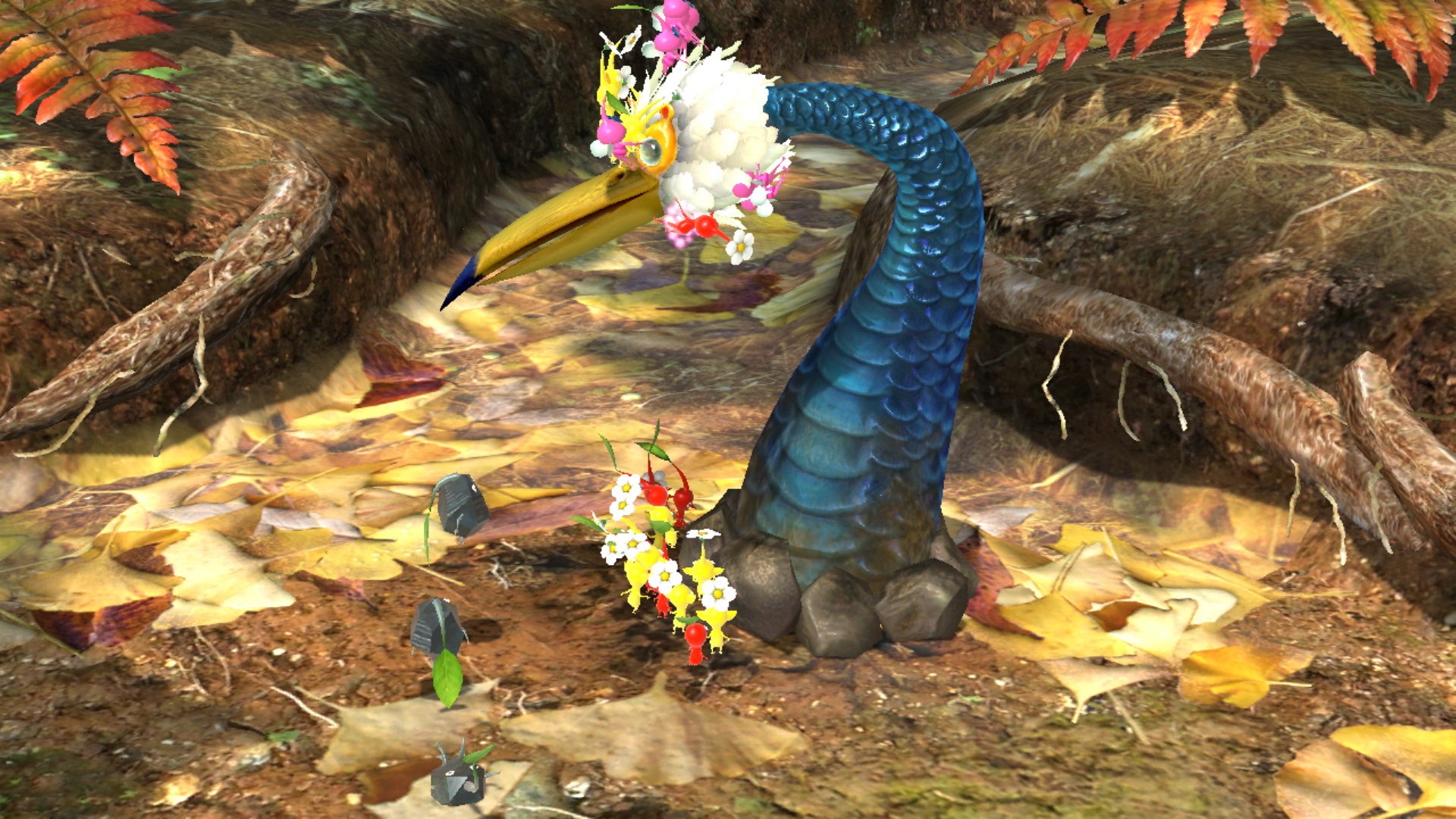 On the negative side, the absence of the GamePad makes managing the map and certain menus somewhat more cumbersome and impractical, but nothing especially serious that spoils the experience. Without excuse, the allied AI has not been improved, causing our troops to get stuck more times than desired when they follow us, which usually happens very frequently when we turn corners or move through unevenness. 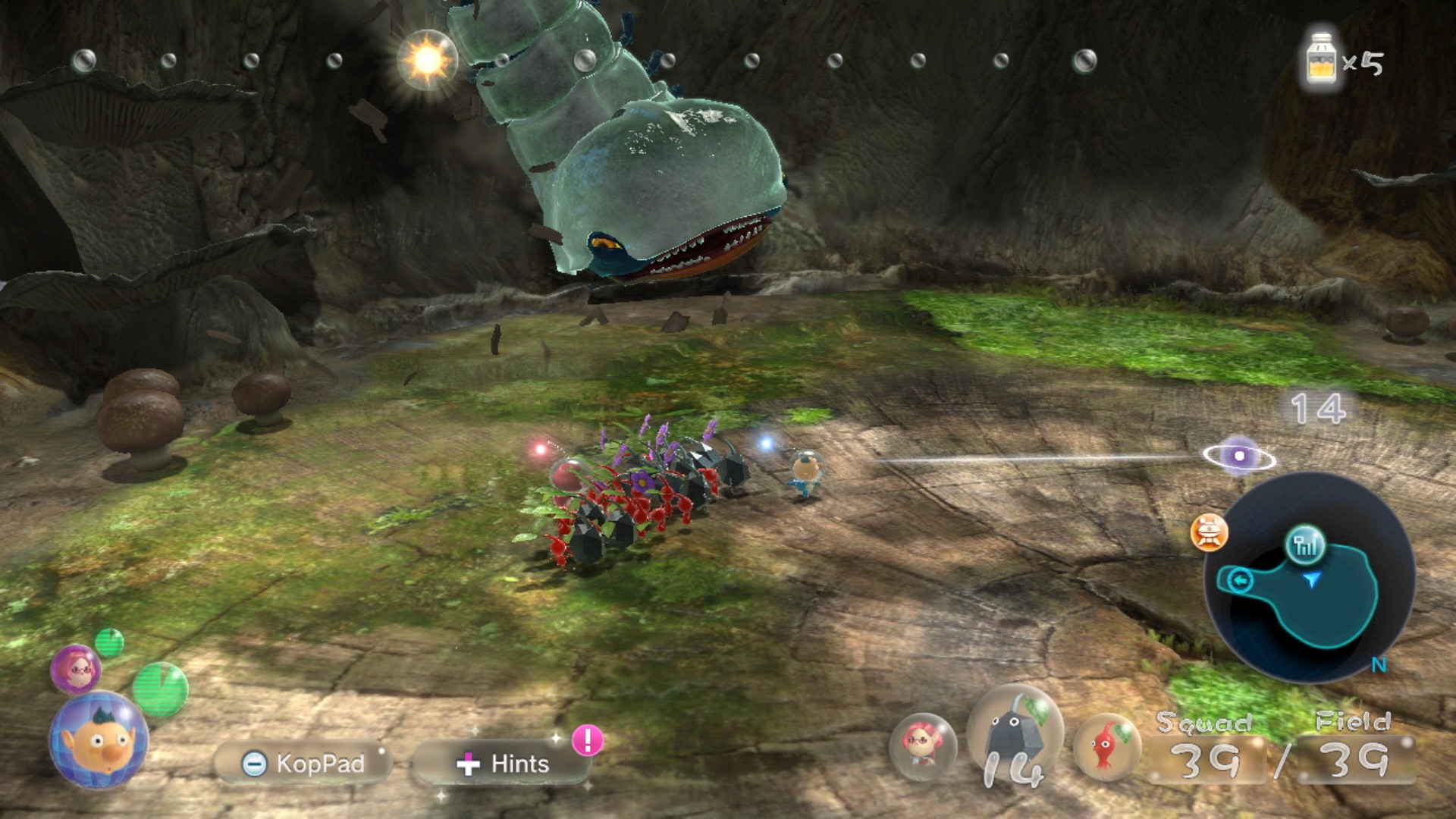 Something similar happens with its audiovisual section, which has not received improvements of any kind. Or what is the same: it looks the same as on Wii U, maintaining a desktop resolution of 720p that makes the image look a bit blurry and with too obvious jagged edges. A real shame, since it is a beautiful game, with very elaborate effects, very ornate and detailed scenarios, and a spectacular artistic design that overflows with charm and personality, virtues that could shine much more with just increasing the resolution up to 1080p. The good news is that it looks and performs great on a docked mode, becoming an ideal option to enjoy this title, with a sharp, easily legible image that hides its defects very well. There is little to say about sound, apart from maintaining its remarkable and relaxing soundtrack and the same effects as always: varied, high-quality and highly recognizable. 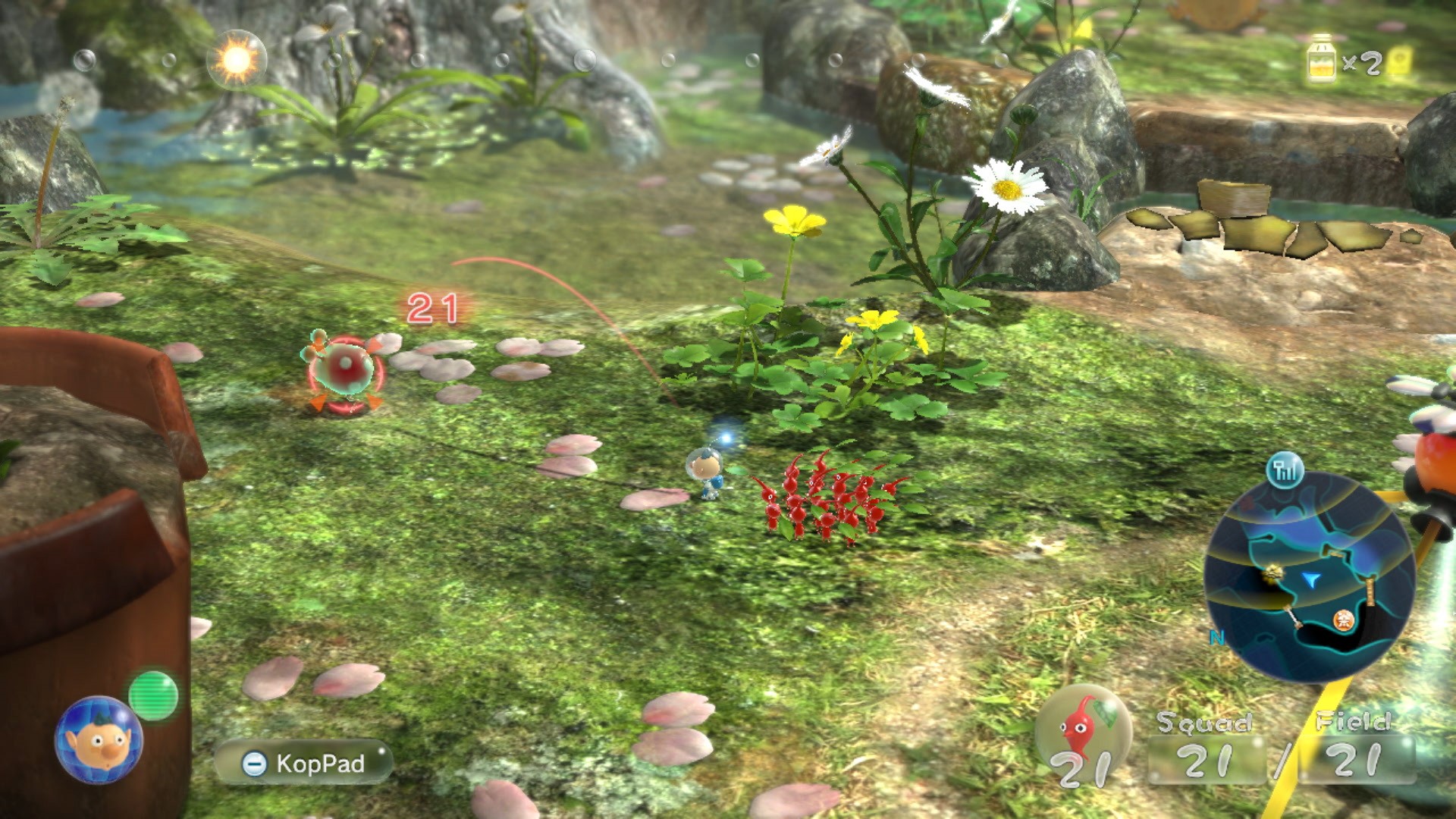 Pikmin 3 Deluxe is by far the best and most complete version of this fantastic adventure. A worthy conversion of a hilarious title with an exquisite design that now comes to us with some new features that add more hours of play and improve its playable mechanics more accessible. Nintendo clearly gives us more options to enjoy these titles. It is a pity that the opportunity has not been taken to remaster its audiovisual section or improve defects that were already present in the original, such as the problems that the AI ​​has. Still, if you never played it on Wii U, this is a highly recommended that you do not want to miss.

PS5 will have an “expensive” cooling system according to Bloomberg
February 17, 2020
Average User Rating
0
0 votes
Rate
Submit
Your Rating
0