The new Plants vs. Zombies is a very complete and action-focused title that offers hours of fun enlivened by its charismatic characters.

PopCap and Electronic Arts have tried their luck again with the Plants vs. Action sub-series. Zombies invite us to play The Battle of Neighborville to offer us a third-person shooting game based on very complete heroes that do not invent anything but tremendously fun and charismatic. This game began as a “simple” tower defence and years later it become one of EA’s best known and attractive series.

The first thing that stands out about this Plants vs. Zombies: The Battle of Neighborville as soon as we start the game for the first time is the large amount of content that is available in it to keep us hooked for hundreds of hours to this new title either getting new cosmetic objects for our characters or enjoying the different battles both in their PVP format and in their PVE form to enjoy with our friends either battling against other players and against “the machine”.

To distribute all this content, we have a large square that serves as a hub for social interaction and has been baptized with the name of Dave’s Mansion on the side of the plants or that of Dr. Zombi’s Barracks in the case of zombies, being able to alternate between them with ease.

In the hub, we can buy cosmetics, test our aim, access the different game modes, customize our favourite characters or jump to the Dizzy Park where we can face the other side without any loading times, get on a Ferris wheel and perform different activities.

A complete, deep and balanced PVP

In the PVP part of this Plants vs. Zombies: The Battle of Neighborville we will have several game modes that in most cases will be well known by fans of multiplayer games since this title does not invent the wheel, precisely, but is limited, accurately, to offer similar experiences to more recognized games in the market accompanied by an excellent balance and a depth that perhaps, due to its casual appearance, this EA and PopCap title is not presupposed .

The players who believe that for aesthetics, which is a game of action for a child or novice public will learn very early in their own flesh, the game has the same crumb other similar titles such as Team Fortress 2 or Overwatch. Don’t let plants and zombies let you see the forest because The Battle of Neighborville is a complete game than many might expect. 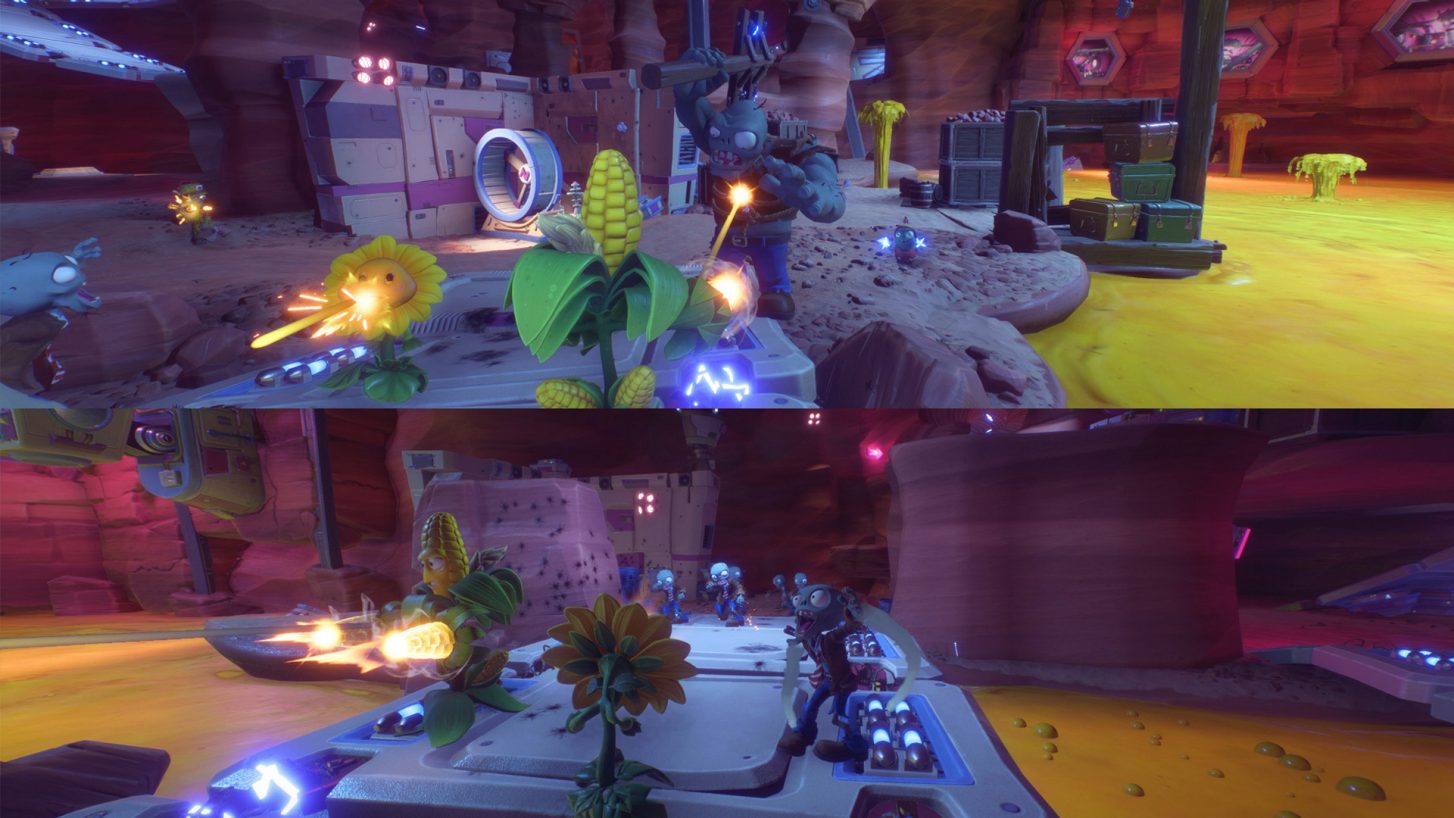 As we say, within the PVP modes we find different types of battles such as Battle Arena (with clashes in different rounds that discard characters), Domination (a mode with maps that are expanding and different objectives such as conquer a point or escort loads), Team Deathmatch (team battles until reaching certain casualties) or other unique battles with limited time, all of them disputed on very balanced maps and designed with enough success that have resulted, in all cases, quite fun and well-executed for its purpose in addition to being well balanced so that there is equality between both sides.

If we do not want to face other players in PVP, we can always enjoy a PVE mode thanks to which we can team up with up to three friends and visit different territories such as the Strange Forest, the Pending Mount or the Neighborville Center. The PVE has seemed fun in cooperative games (with split-screen for two players on PS4 and Xbox One ) although it loses some grace, as it usually happens in these cases when we enjoy it alone in addition to its history is not that it is either too attractive 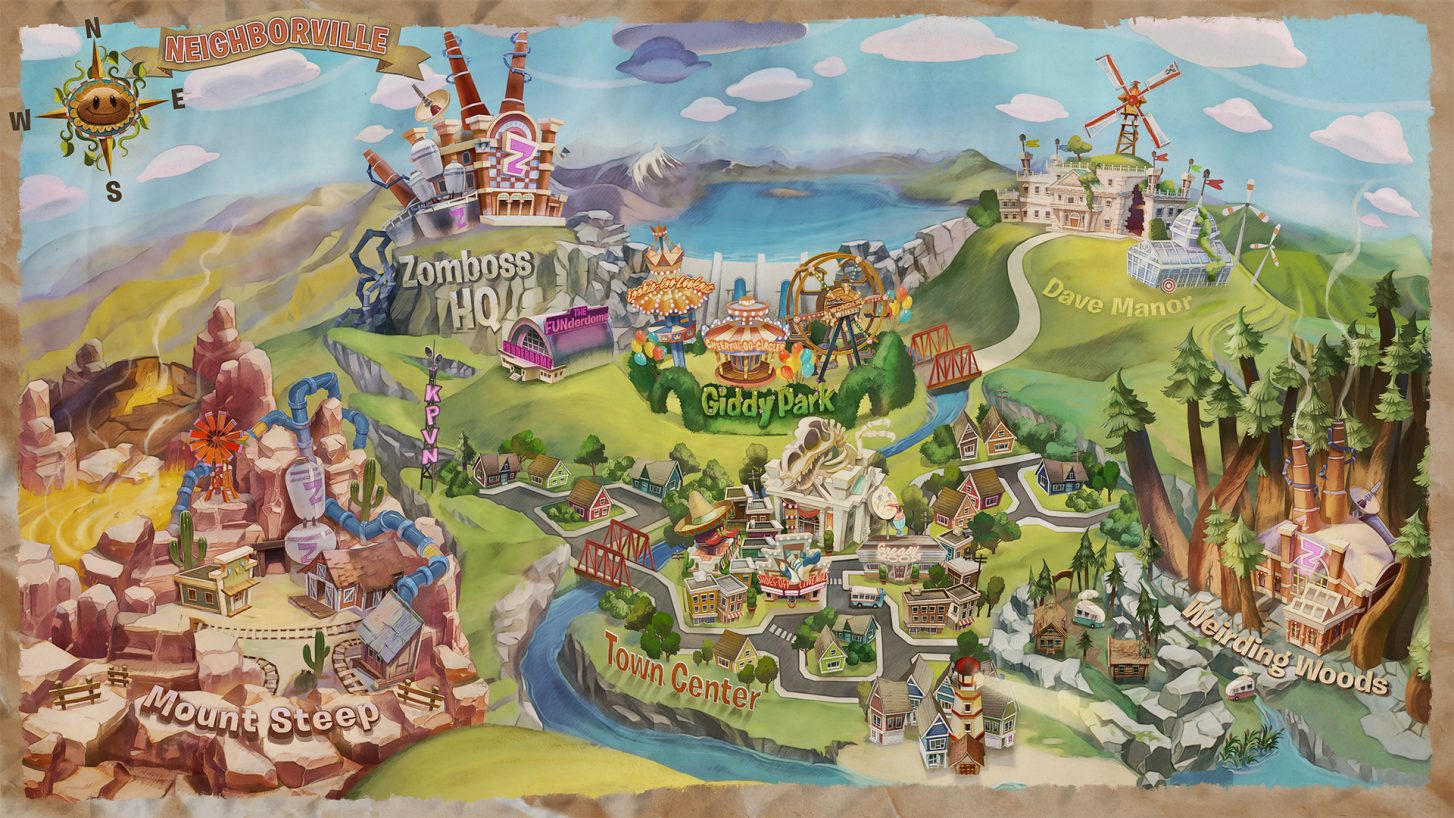 As in any action game that boasts shooting mechanics are really important and in Plants vs. Zombies: The Battle of Neighborville was not going to be less and, fortunately, they are well resolved both in the naturalness of the controls and in the behaviour of the pointer when we perform different movements with the command, reacting smoothly and precisely even in the actions faster, making us feel very comfortable and giving us sensations similar to the movements we make with our mouse Battlefield V .

As you have read at the beginning of the analysis, the game is a hero shooter or shooting game of heroes, each with different abilities and roles that allow us to inflict more damage, recover the lives of our partners, protect ourselves with shields and a Lots of extra details. All these skills have been advantageous to us, and we believe that the different characters, both on the side of the plants and the zombie side, are quite well balanced. 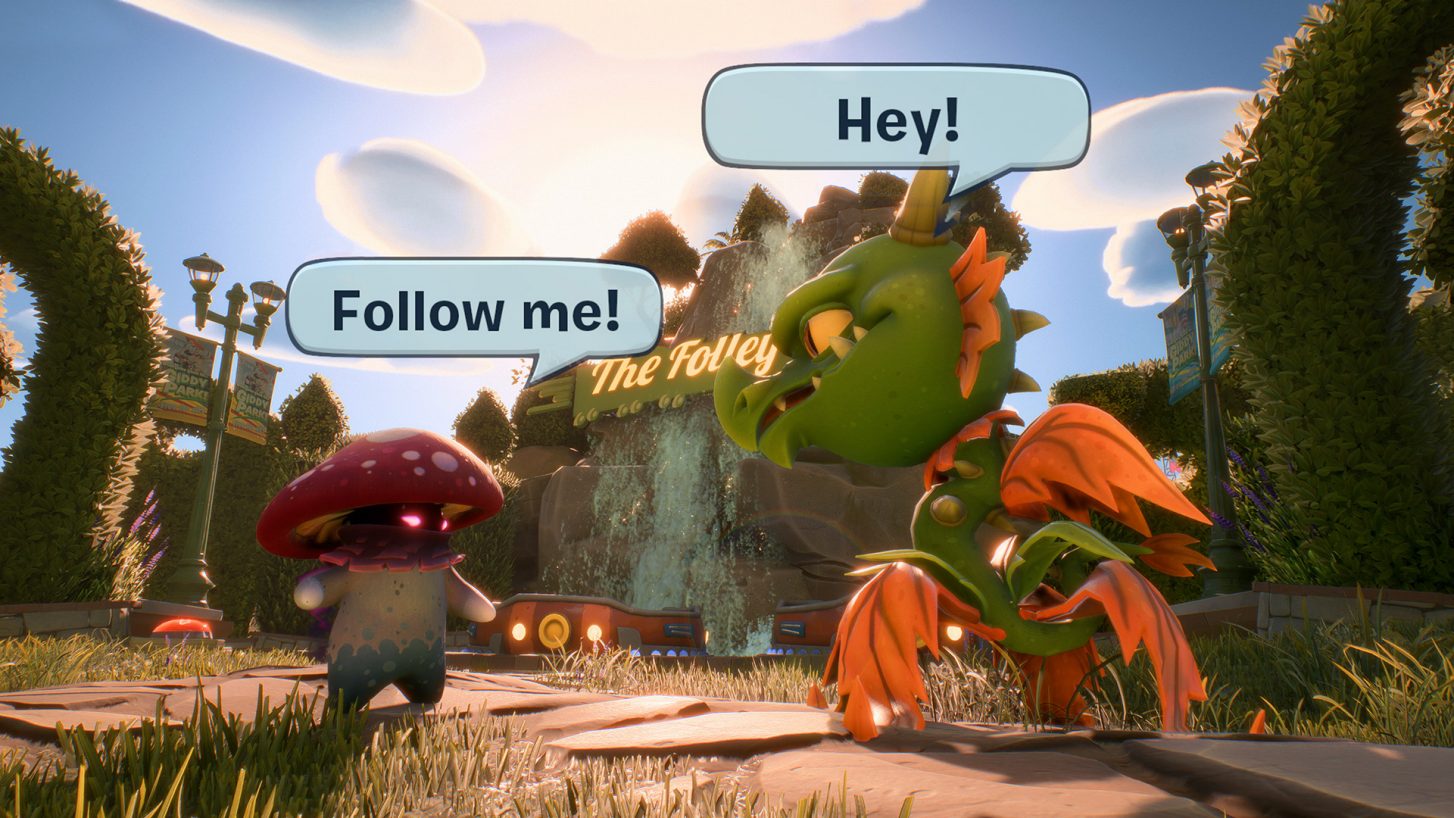 Also, in total, we have 20 different characters or heroes (10 per side), of which six are new. On the side of the plants two attack characters (NightCap that is lethal to the enemy and Snack) and a defense (Oak and Acorn) debut while on the zombie side we also find two attacks (Electric skater and Hero Ochentero who reminded us of Hanzo from Overwatch) and another defence (Cadet Space).

All these characters can be equipped with different improvements that allow us to gain more experience, steal life from other characters when we kill them or recover more quickly from a bad run. We can also get on our journey through the game different cosmetic objects to customize the appearance of our character.

Plants vs. Zombies: The Battle of Neighborville is a very polished and colourful title at the graphic level that intelligently uses the Frostbite 3 engine to offer us a very visually attractive experience, really colourful and with hardly any failures by removing a sudden drop of frames per second really punctual, On a PC with an NVIDIA GeForce RTX 2070 Super graphics card, an Intel Core i7-7700K processor, 16 GB of DDR4 RAM and SSD storage unit with which the game has rendered more than 100 fps at 1080p and with graphics as much as possible. 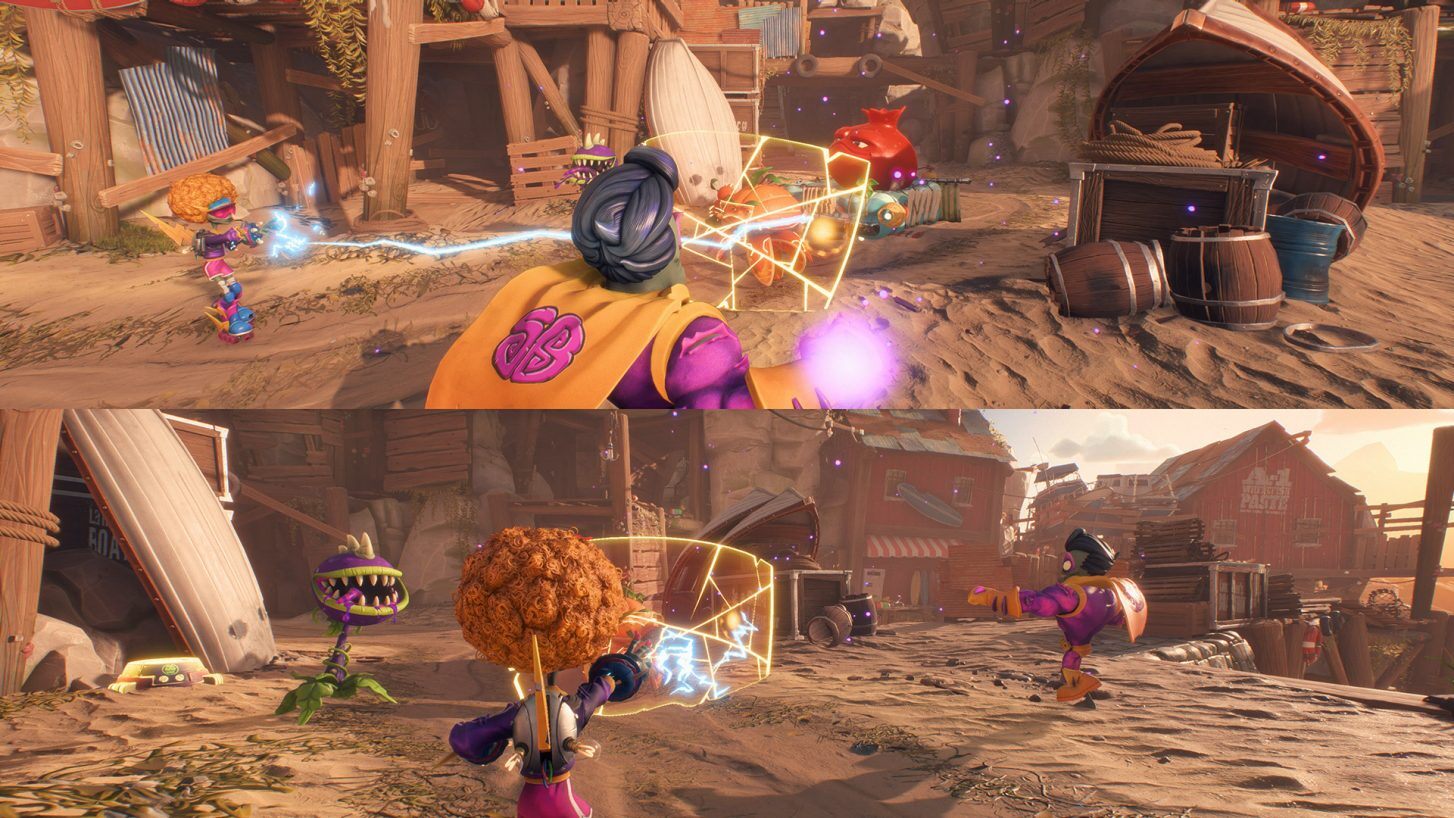 This, together with fairly stable network code, makes us enjoy a multiplayer experience, with a 15-25 ping milliseconds with a fibre connection.

In the sound section, the game continues with its different fun and catchy musical pieces, although in this sense, the work of Electronics Arts and PopCap could have a little more variety within the musical section.

Plants vs. Zombies: The Battle of Neighborville is a very complete ” hero shooter ” that genre lovers will like, and that is deeper, “serious” and fun than many might expect for their casual look that hides a game that, Despite not inventing anything, it does everything right and that fans of the series will like both those who enjoy this type of titles. 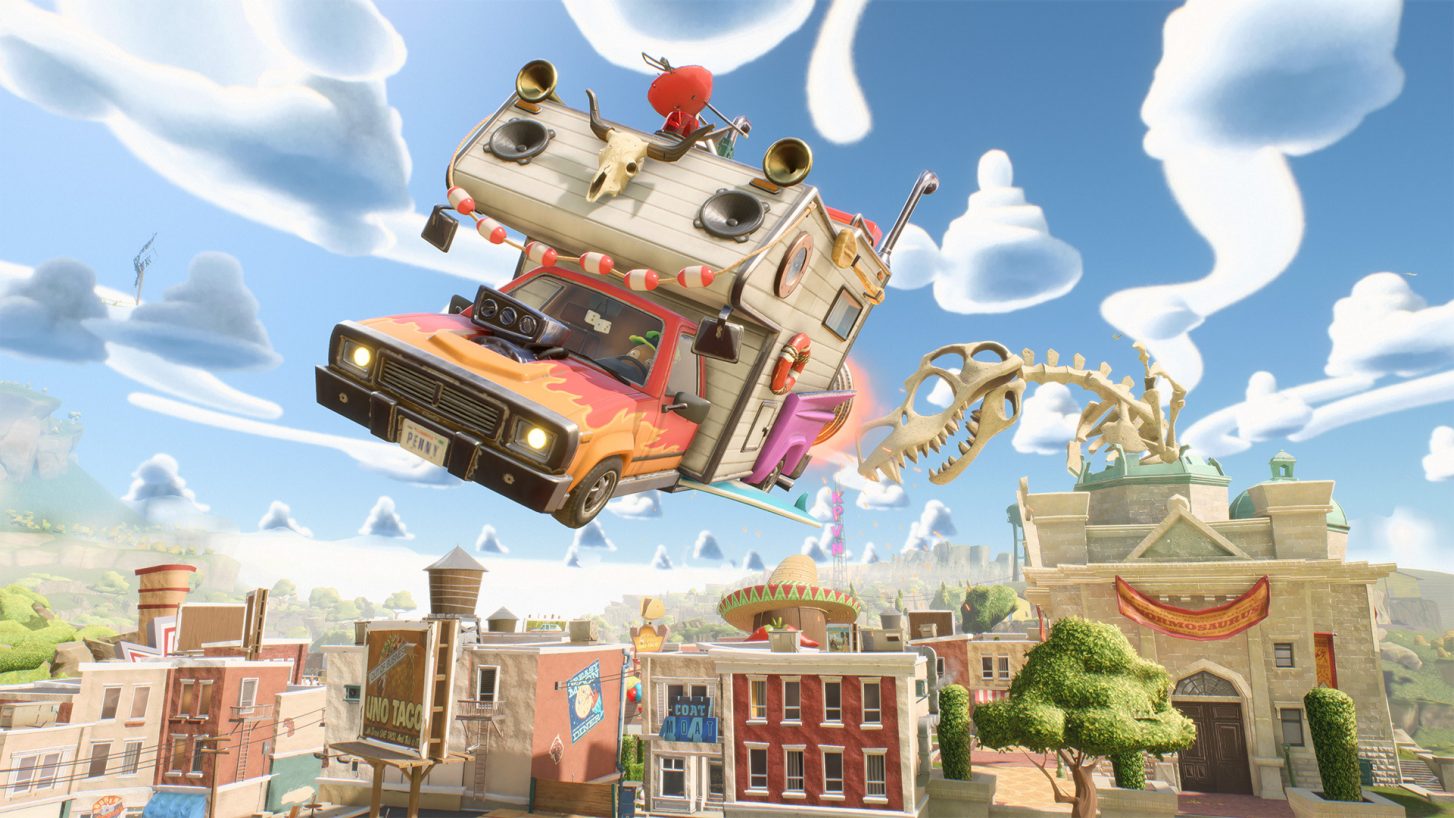 Therefore, if you like action games with characters with different special abilities and you are looking for a game with enough content, polished and also at a lower price than standard ($39.99 on PS4, Xbox One and PC in addition to being included in EA Access and Origin Access) Plants vs. Zombies: Battle  for Neighborville  is what you’re looking for!

We have performed this review with a code for the PS4 version provided by Electronic Arts.