After 10 long years, we go back to the red planet again to spread chaos and it is still very entertaining.

Perhaps one of the main advantages of Nintendo Switch is that it allows us to give second chances to games that, for one reason or another, those went unnoticed during the last generation; and you play it on-the-go thanks to its hybrid nature. The title joins the list is Red Faction Guerrilla Re-Mars-tered, the adventure developed by the creators of Saints Row, Volition Studio.

Red Faction Guerrilla Re-Mars-tered is an open-world action game from a third-person perspective takes place in a setting where everything can be broken. The only exception is the terrain that shapes the map, but any construction on it – three, bridges, buildings can be destroyed entirely, thanks to a complex physics system.

Obviously, the missions are designed with this idea in mind, and many of them encourage us to demolish a bridge to crush our enemies when they pass under or tear down antennas to interrupt their communications. Others tasks simply ask us to eliminate our enemies, but this is where our creativity comes into play. We can take a series of explosive barrels, place them around the building, and blow everything up without getting spotted.

It is a game that gives us the tools to enjoy it, and we have to put a little creativity to get the most of Red Faction. And not everything is limited to exploiting things. We can take an armoured vehicle and run over enemies. It doesn’t matter if they try to hide behind a cover; Remember that everything is broken. Although, of course, the same goes the other way around. It is quite common that you try to hide, and someone will plow you with a vehicle that does not fit on the screen. Sometimes, even one of your allies. 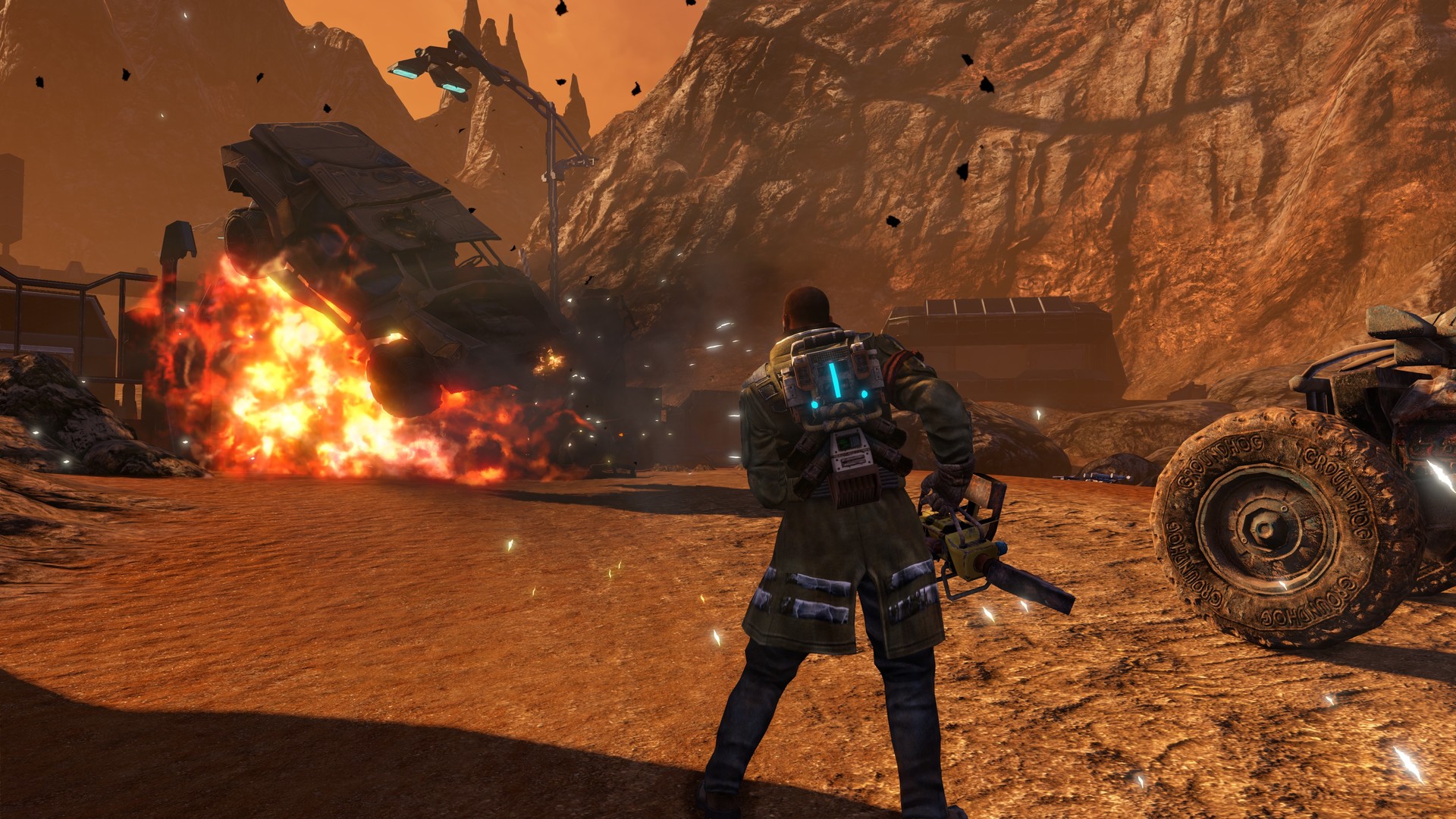 As an open-world adventure, we have a good number of secondary missions to do, usually consisting of destroying something in the shortest possible time, finding a character or killing specific enemies to free an area. It is not enough to convince us that many secondary schools are mandatory since we will have to complete the right amount of them to unlock the missions in the next area of ​​the map.

As simple as it may seem on the screens, Red Faction Guerrilla Re-Mars-tered is a very demanding game because of the mentioned physics system, which not only applies to buildings but also vehicles. It is a title that has to make visual sacrifices to be able to calculate the physics of all the parts of a bridge when it collapses, for example, and it is expected that we will see significant dropdowns in frames per second or the resolution at certain times. 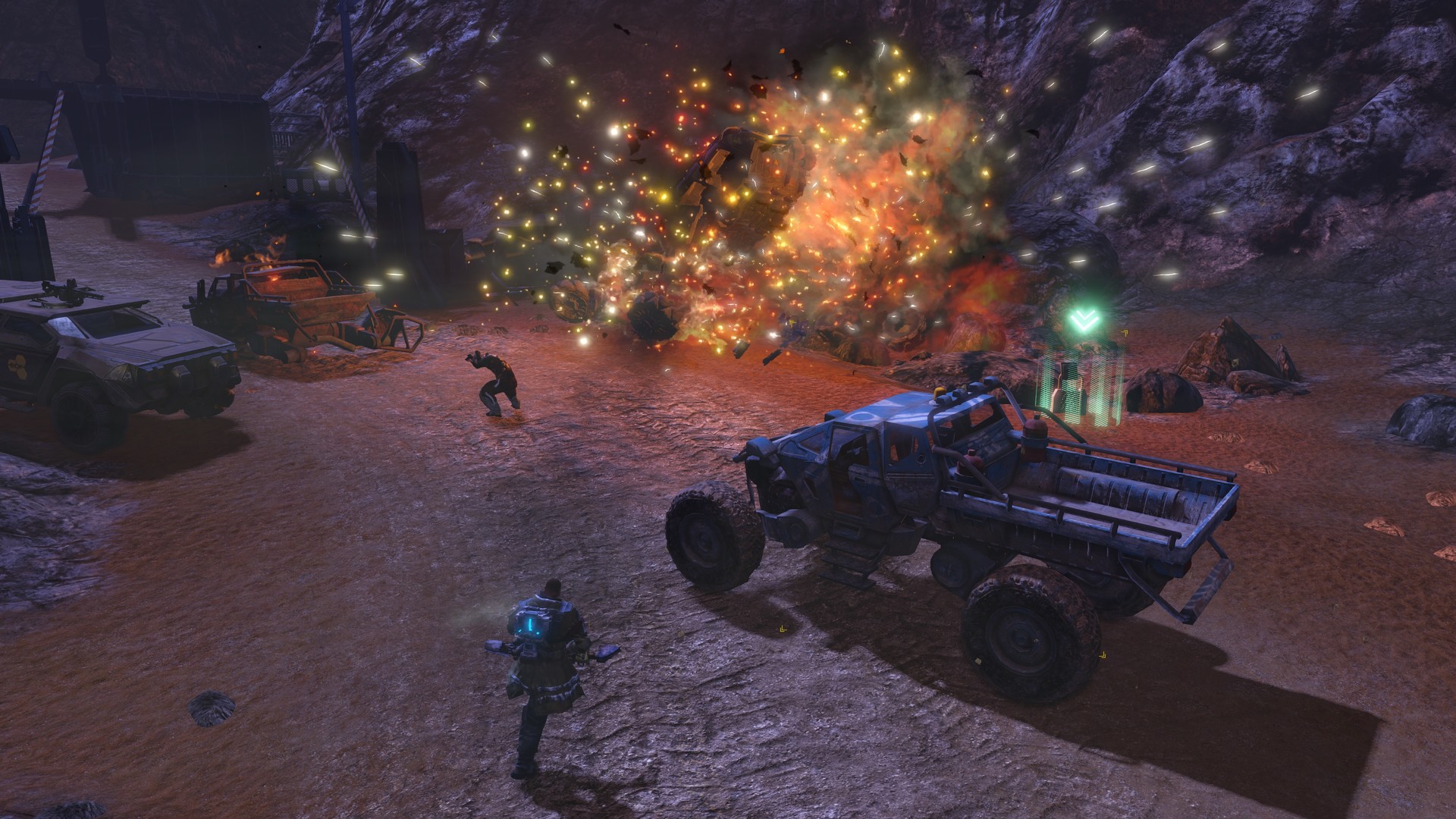 The KAIKO game studio responsible for remastering – includes two modes, one that prioritizes graphics and another that prioritizes the rate of images per second. Neither is perfect, so it depends more on each one to play with. In any case, it seemed to us that mechanics respond quite well in both, and being able to aim with the gyroscope is something that we much appreciate.

This option makes shooting more enjoyable, which was one of the worst parts of the game. Although as we said before, it is in our hands to be creative. Besides, as we advance through the campaign, we unlock more fun weapons that replace traditional machine guns and shotguns. 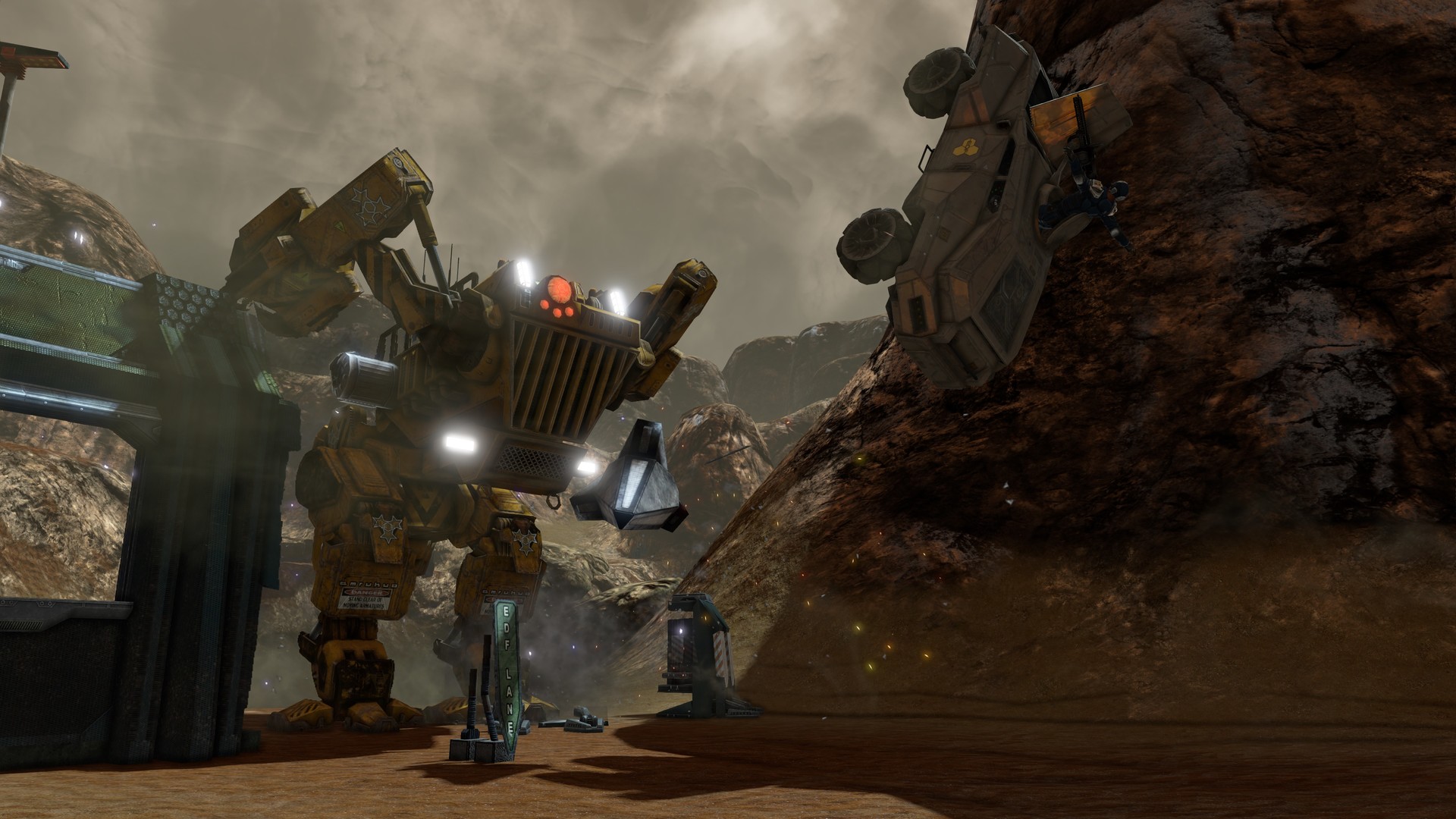 As you can see in the images that accompany the review, its artistic section is perhaps its weakest point. Artistically it is one of those generic games of the last generation,  characters and scenarios are totally forgettable. Of course, seeing the levels of destruction on a handheld is simply amazing. 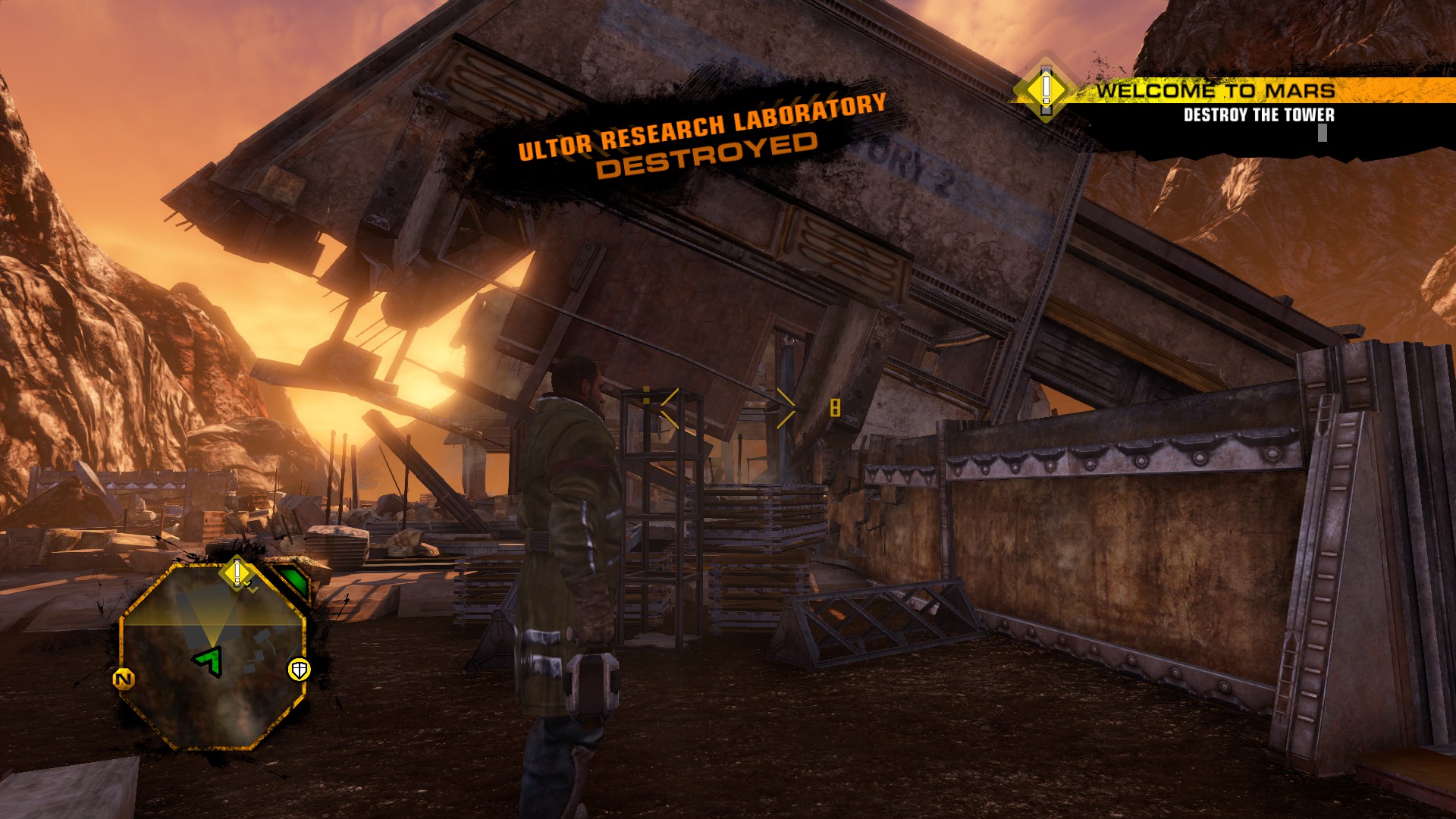 Sound section, there is not much to highlight. A nice catalogue of sound effects, along with a soundtrack that is not bad, but goes unnoticed.

Mars in the palm of your hands

Red Faction Guerrilla Re-Mars-tered is perhaps not the most memorable game of the last generation, but even so, we believe that it has aged reasonably well, and although it is undeniable that it has things from ten years ago, in general, it is easy to enjoy it little that you like to hit shots and blow things up . Perhaps, in the long run, it can be a bit repetitive, since at the visual and playable level it does not save many surprises, but at least it includes several extra game modes, in addition to online and local multiplayer, which allow us to take full advantage of the experience.

Technically, you don’t appreciate what Volition did until you see it in action. Even ten years later, we are surprised to see the levels of destruction and physics that this title reaches, mainly when we play it on Switch and in portable mode. Red Faction Guerrilla Re-Mars-tered has many virtues and also a few shortcomings, but we had a good time with it, and it is an exciting title for those who want chaos without compromise.

We have prepared this review on Nintendo Switch with a digital review code provided by Terminals PR.

Outriders: The Keys on Expeditions, Personalization and the Technomancer
November 5, 2020