After the Resident Evil Showcase and the demo 'Maiden', we have a much clearer picture of what to expect from the story and mechanics of Capcom's new horror game.

Resident Evil Showcase that Capcom aired on the night of January 21, we finally get a confirmation of the release date and the announcement that Resident Evil 8: Village will also be released on PS4 and Xbox One, also on PC, PS5 and Xbox Series X / S, on May 7, 2021. But we also left the digital event with the feeling that we know much more about the first-person horror adventure that we will experience in a few months: the trailer, the first gameplay, and the renewed official website offer many details about the history, game mechanics, settings and other keys to a title that promises to bring together the new features that Resident Evil VII introduced in the series with the commitment to the survival action of resident Evil 4.


Everything that we will preview is solely based on the official information that Capcom has presented through videos and its websites. Still, even so, there will be those who may consider some details, plot spoilers or spoilers of certain elements of this installment and from the previous one. If you want to get to the game without knowing anything about anything, you’d better stop reading from here on, and we will talk about game mechanics, but also about characters that we will meet, scenarios that we will go through, enemies against whom we will fight and others details.

A direct sequel to Resident Evil 7

Resident Evil Village is a direct continuation of Resident Evil 7. Players will step into the shoes of Ethan Winters, the protagonist of the seventh installment. The plot will start with Winters and his wife, Mia, trying to rebuild their lives after the Baker house events, under the protection of the Bioterrorism Security Alliance (BSAA, for its acronym). But the intent remains there. Chris Redfield, the former STARS member well known by all fans of the series and now captain of the BSAA, breaks into the family home, kidnapping their daughter, Rosemary Winters, for some unknown reason. 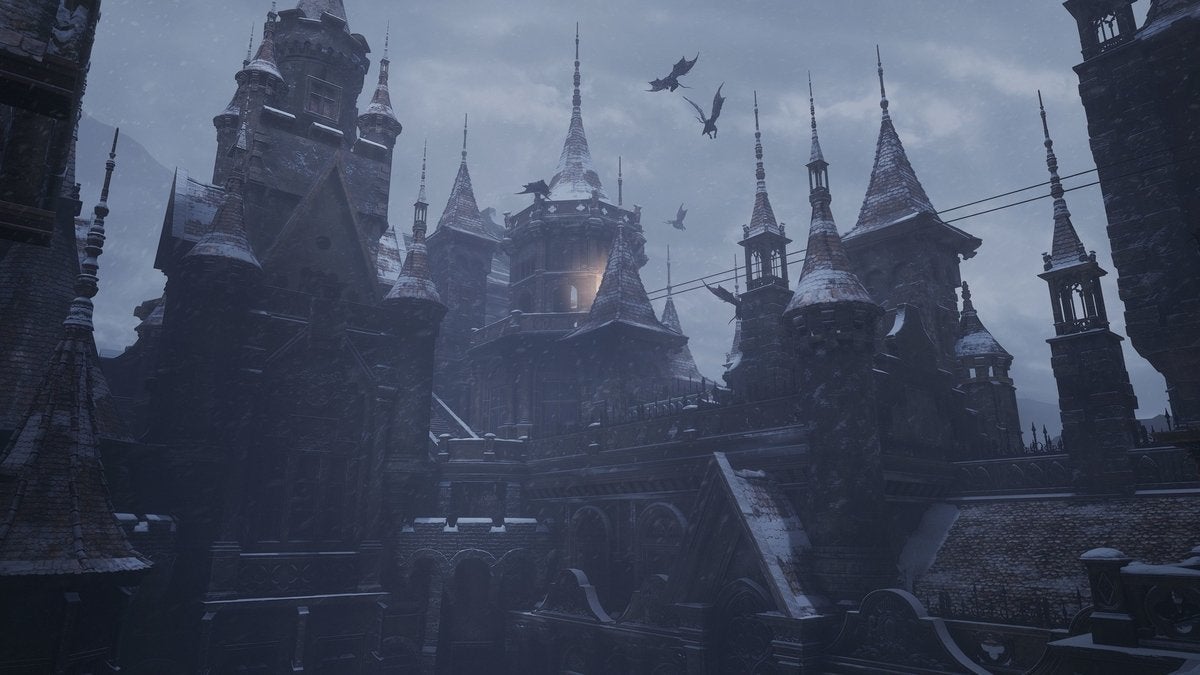 This fact causes Ethan Winters to embark again on a terrifying adventure that will take him to a village in Eastern Europe disconnected from the rest of the world, without a name. There he will meet a town terrified by the monsters that stalk it and haunted by the inhabitants of a castle of horrors. Witches or vampires live in a mansion with baroque decoration, full of corridors and dungeons with torture chambers. The mother, that gigantic character you have seen in a thousand memes on social networks, is Alcina Dimitrescu. She will have to take care of Winters herself because her daughters, three terrifying witches with different powers(one of them turns into a cloud of flies that can get under the skin), will not be able to deal with the protagonist. Simultaneously, the mistress of Castle Dimitrescu responds to a character that we still do not know: Mother Miranda.

The castle of horrors

Since the leaks on this Village began, we have heard of werewolves, witches, and other creatures that seemed to clash a lot with a series that has always been starring the series with its comings and goings undead. But that is confirmed, and probably the justification for all these fantastic monsters is related to the events narrated in the last bars of the seventh installment. 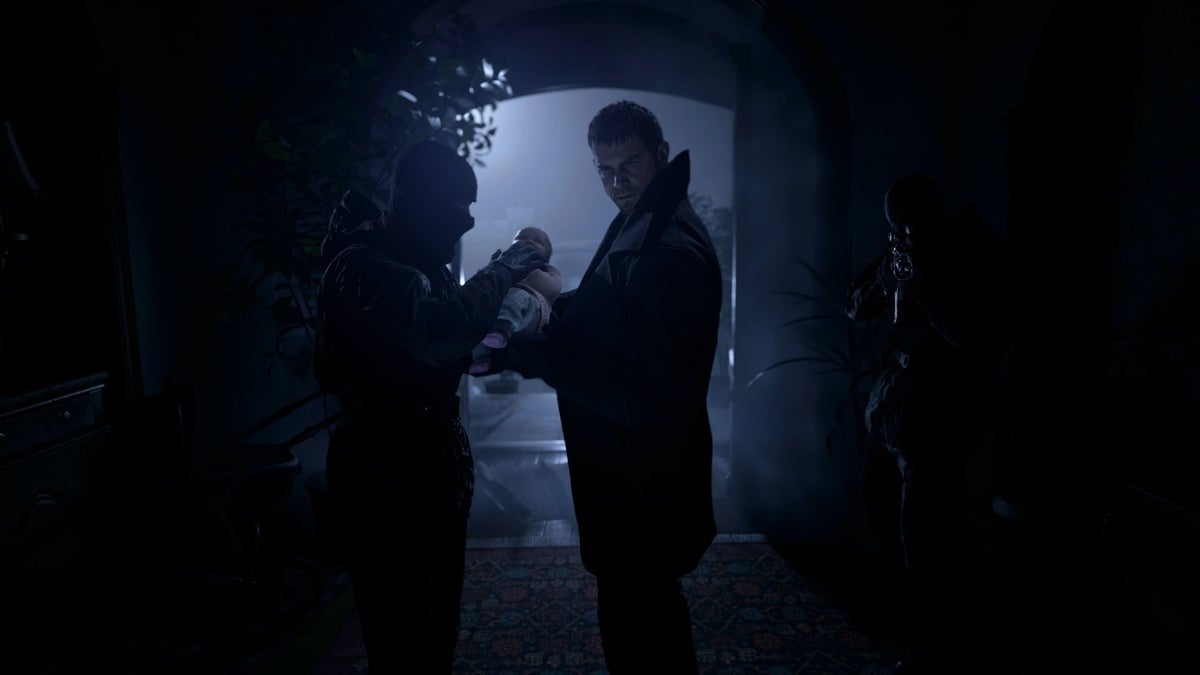 The European village that we will visit will be dominated by creatures that we saw in the first trailers, the Lycans, a kind of half-transformed werewolves that “stalk the villagers with great agility, and razor-sharp teeth and claws,” you can read on the Capcom website. In the last published videos, we have met other monsters, such as languid and slow humans capable of carrying weapons that we will find in the castle’s dungeons and some giants that seem to command the aforementioned lycans. However, they have no qualms about trampling them if we reach that far. 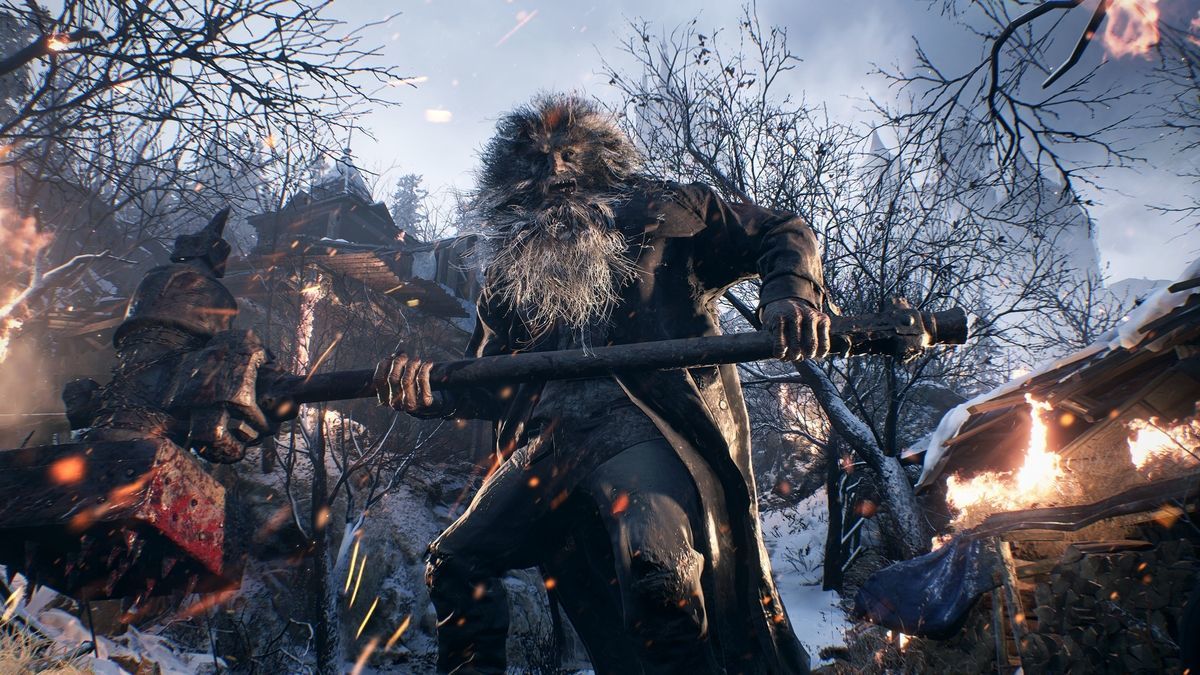 Let’s not forget about the witches. So far, we have seen the power of one of them, as we said, and although the Japanese company has not made it entirely clear, it seems that they may appear randomly to force us to flee and take alternative paths. And of course, there is Alcina Dimitrescu, who is not clear if she is a witch, a vampire or a much more powerful being, but who will surely make us jump out of the chair. Another character does not seem to be on Winters’ side either: a guy with psychic powers (he can levitate things around him) who still has no name. 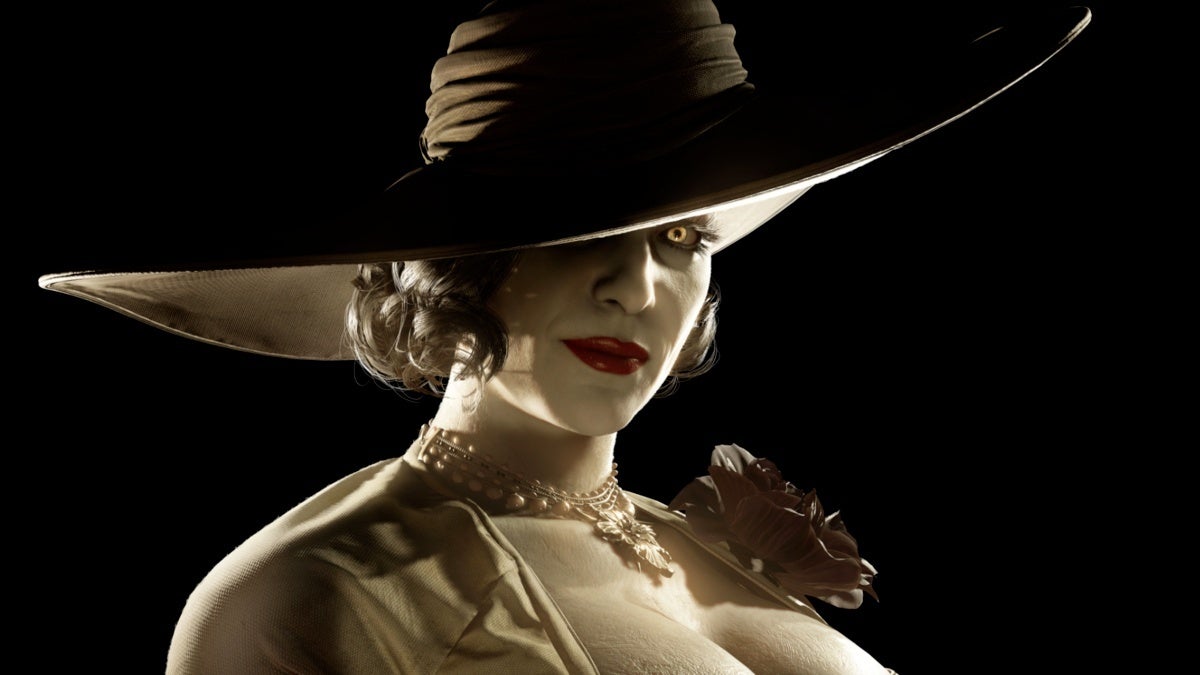 Back to the Resident Evil 4 style?

The gameplay that was shown this January left no room for doubt. The village will be more focused on action than Resident Evil VII, but it also does not seem to go to the extremes of Resident Evil 5, staying at that balance point that was the groundbreaking Resident Evil 4. Here we have seen confrontations against crowds, explosive barrels and weapons of a different calibre.

Of course, it will be necessary to shoot with a head: ammunition will be relatively scarce, and the players must prioritize objectives; in a section of the gameplay, it is seen how when shooting an enemy carrying a sword, he drops the weapon. Sometimes, due to lack of bullets or, because there are too many, the enemies will fall on us, but the protagonist can take cover to reduce the damage received and later counterattack with more force. 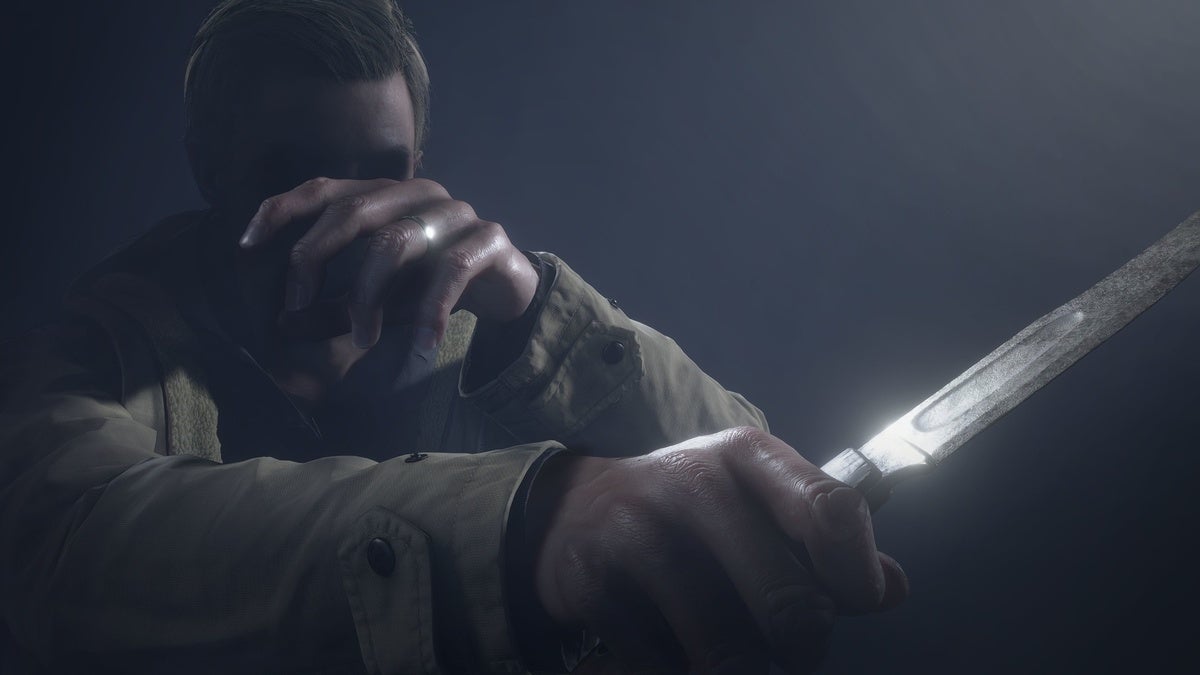 If the briefcase and the greater commitment to action did not seem sufficient reasons to establish parallels with the fourth installment, perhaps the Duke’s existence does. Like the peddler, this merchant will appear at different points on the map to buy and sell ammunition and other resources, improve our weapons (power, reload speed, magazine size and speed of fire) and acquire other products.

The mixture of herbs and chemicals to create medicines and other resources will also be here. Still, with two novelties: these objects can be found hidden within the scene elements that these objects (such as barrels boxes) can now break as vases and furniture stained glass. It will be necessary to obtain diagrams (perhaps buying them from the merchant?) to create ammunition of different types.

The RE Engine in all its glory

The RE Engine released in Resident Evil VII has given us many joys in recent years, both with the remakes of the second and third installments and with Devil May Cry 5 and the next Monster Hunter Rise: it is a versatile engine that shines in the recreation of characters and the setting (lighting, shadows, etc.) of the environments. Perhaps Village is not the next generation revolution that was expected to be tied to PS4 and Xbox One’s capabilities, but there is no doubt that Capcom’s engine has taken a new leap here. 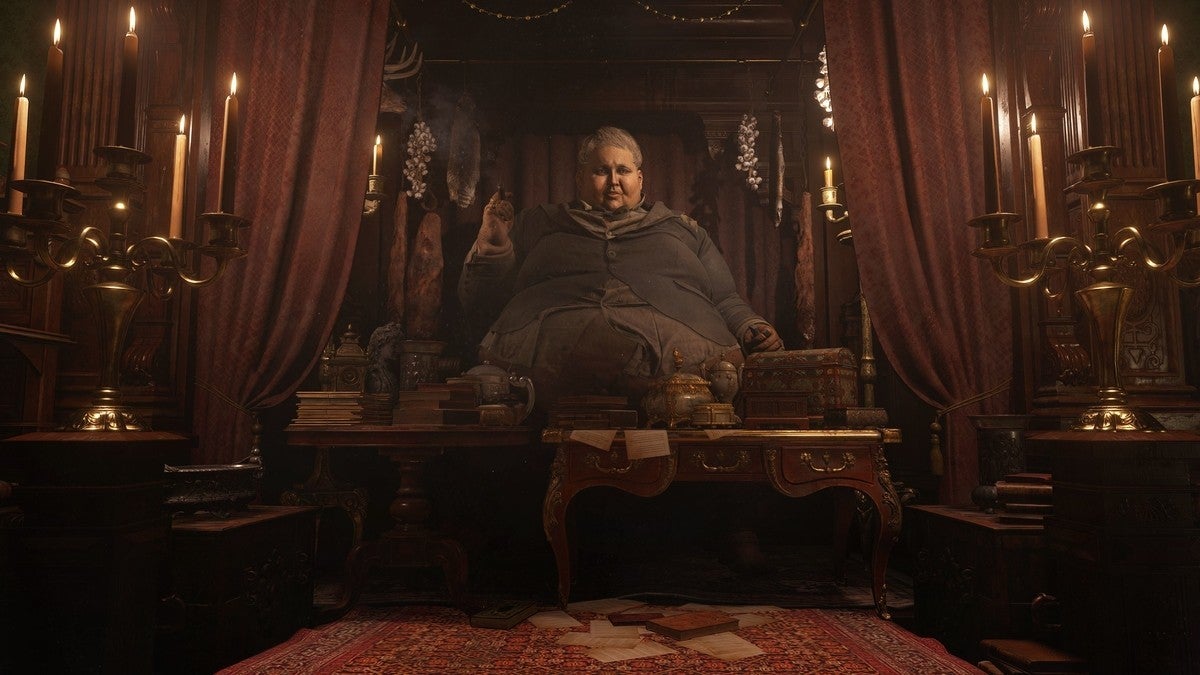 What we have seen inside the Dimitrescu castle borders on photorealism thanks to its successful lighting; some animations (like the transformation of the witch to a cloud of flies and vice versa) are spectacular; and the effects of the water-wet stone walls and the traces of blood on the ground are to stare at for a while. But if there is something that has surprised us, it is the use of sound. If the Maiden demo (independent of the final product; the player controls a defenceless Maiden who must escape the castle dungeons) available on PS5 is as representative of the game as the Kitchen demo was with Resident Evil VII, this has been done one of the more careful sound settings that we remember in a horror title thanks to a conscientious use of positional sound. 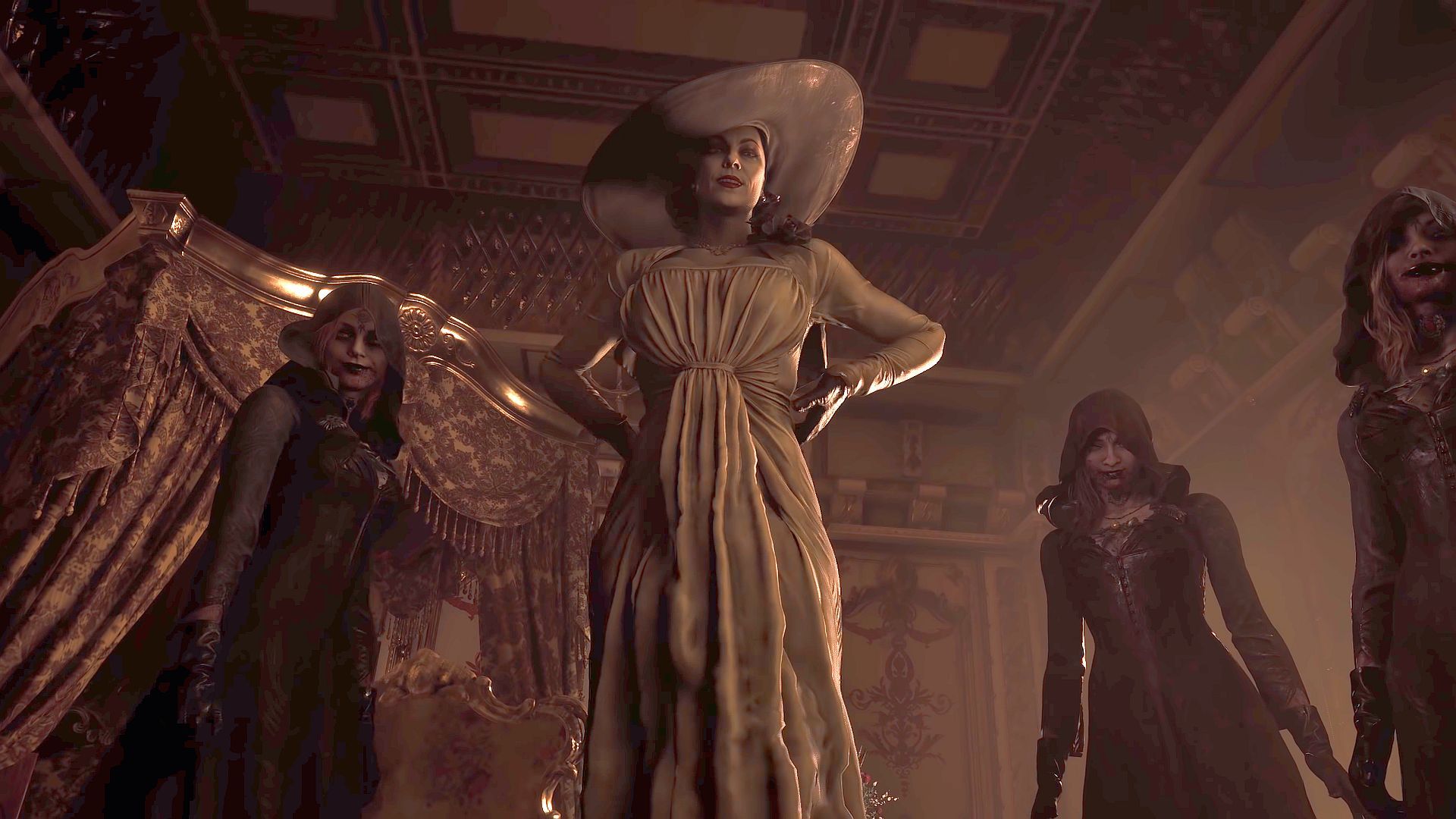 What this demonstration has made clear to us is that the wait until May 7 is going to be complicated: we want to continue exploring the Dimitrescu mansion, we want to know more about the witches, we want to know what happened so that Chris Redfield is now an antagonist (The game’s updated skin, with a half-freaky Chris, is an important clue), and of course, we want to be scared. Fortunately, in April, we will have another preview in the form of a demo, and this time for all platforms.