You will have a range of truly outstanding weapons to complete the missions. Pistols, machine guns, rifles and other weapons that will be unlocked throughout the game that will be useful during the gameplay. Additionally, you will have to use mobile phones to control certain characters in the game and basically solve a puzzle, which creates more of a balance between fast pace and slow pace. 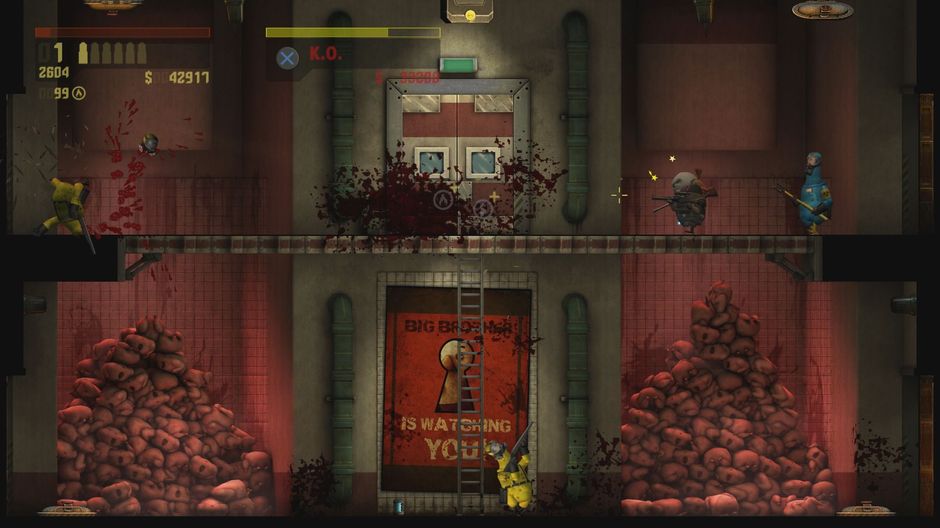 What stood out for us is the design of the levels. It’s much more than simply being linear. There are doors that will take you to other areas and it can sometimes look like a maze, but finding the right path shouldn’t be too difficult. Again, the developers have also added a few secrets to make it worthwhile exploring each level.

There is a sense of humor in this game that will definitely amuse you. Listen to the conversations and you will know what we are talking about. The characters are well done, be it the guards or the bosses.

The game is quite refreshing and extremely fun to play. The soundtrack and the small animations must be recognized, since we believe that there was some attention to detail in graphic design and sound . That being said, graphics sound and gameplay are well integrated for each specific situation. 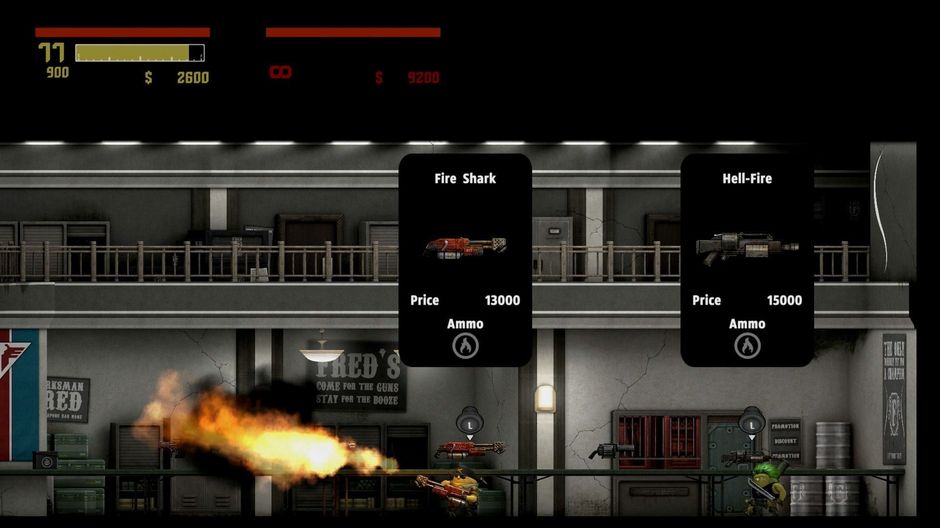 Overall we did enjoy the game itself. Especially playing the Rescue mode (four simultaneous players). That all being said, we were hoping to see some 3d action in certain areas of the game, but the developer must have decided to stick with 2D only. As a final word, the title is available on the PS4 and PS Vita, which you can both enjoy if you own both devices. We strongly recommend the game since you won’t be disappointed based on our experience.