Hidetaka Miyazaki latest title destined to become one of the best adventures of the generation.

We are looking like one of the best games of the generation and a must play for any fan of FromSoftware, that has given us so many joys and headaches in recent years.

Of course, we want to make it clear that this is not a title for everyone, since the level of demand and challenge is enormously high, rivalling at times with what is seen in classics like Ninja Gaiden: Black, especially when the final bosses come out to stage, who will require us a lot of skill, reflexes and nerves of steel to not blink once during these confrontations.

In previous titles from the developer there were alternative methods to make things easier for us and we could even creep behind them to put an end to these powerful enemies, but in Sekiro the action is so aggressive that they will not leave us for a second of respite and We will have to learn to read our rivals perfectly to know how to respond to their incessant attacks while we look for a way to go on the offensive. 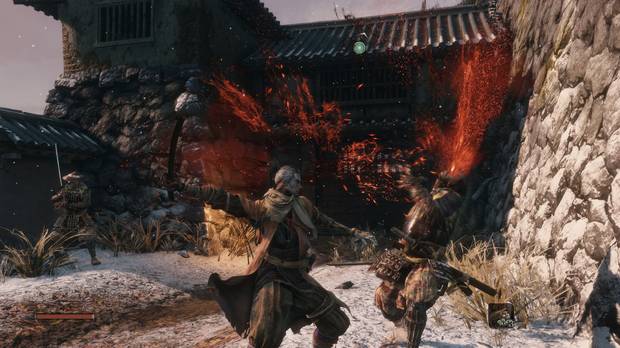 But before we continue about difficulty and bosses, let’s start with the first thing. As you already know if you have followed its development, we are faced with a game of action and stealth that will lead us to explore a dark version of feudal Japan. We will play Lobo, a disgraced shinobi who seeks to recover his honour by rescuing his master.

So our character has huge mobility that will allow him to jump, move along the ledges on the walls and use a hook to reach all kinds of elevated areas, something that is used constantly and actively, both in the fighting and in the exploration of scenarios.

As you can guess, this has resulted in a very vertical level design, something that FromSoftware have taken advantage of to make authentic stages full of hiding secrets, hidden paths and even mark the main path, with a lot of platforms that will force us to use or head to figure out how to reach certain places.

The Miyazaki games have always been characterized by having some of the best maps in the history of video games, something that has been taken to the next level with everything that we just discussed, so you can get an idea of the spectacular work that has been done on this occasion and how tremendously successful it is to explore. 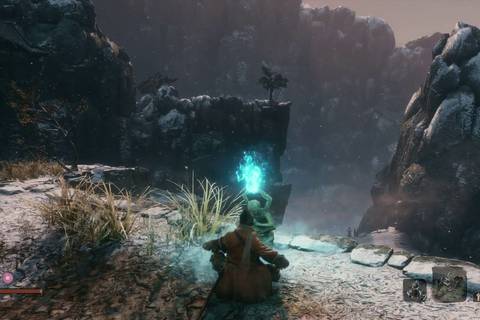 What’s more, thanks to this the variety of situations that has been achieved is huge and each section is a new adventure completely different from the previous one, perfectly combining stealth, combat, platforms and even some other very original and surprising puzzle.

Combat and stealth, together and in harmony

In fact, FromSoftware proves that how well the mechanics of stealth and combat combine. The title gives much prominence to both and we will soon be surprised doing all kinds of silent executions while we fight as authentic ninja masters, as the situation requires. 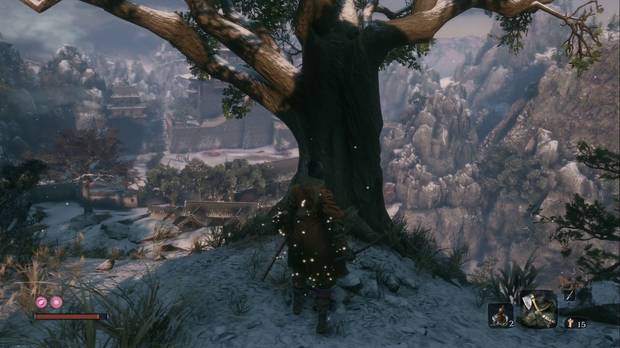 The enemies are able to eliminate us with just a couple of blows and behave very aggressively, so to separate them with stealth and reduce their number is usually a good strategy if we intend to keep our heads on our shoulders. These mechanics do not go far beyond what we are used to seeing, being able to hide in grassy areas, stick to the walls, use objects to attract the attention of our rivals and make direct eliminations if we catch them off guard. Obviously, there will be no shortage of classic indicators on the heads of our enemies to show us their level of alertness.

The important thing is that all this works perfectly and combined with the high mobility of our hero gives rise to enormously satisfying moments that will make us feel like true experts in the art of murder from the shadows.

Combats are not left behind either, and  a first contact with foes may seem relatively simple, ends up being uncovered as something really deep and that requires a lot of practice to master. 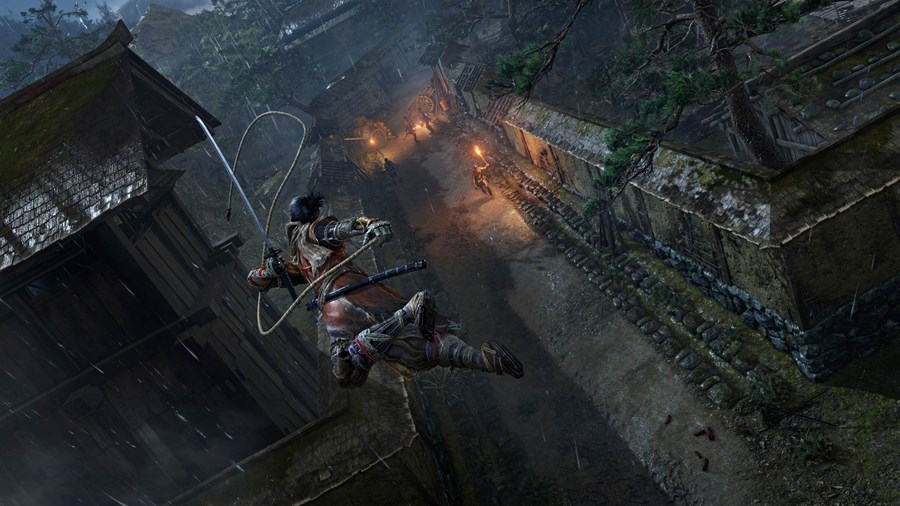 Fight mechanics are very simple to understand: the enemies have two meters, one of vitality (red) and one of posture (yellow), and each time we hit we will lower the first one if we hit and the second one goes up, regardless of whether they block or not. To finish off most of our opponents, it will be enough to reduce their vitality bar to zero, although the key to everything lies in the stance.

This is because if we manage to fill the meter to the maximum based on hits, stops (if we block their attacks will also rise) and counterattacks, they will be exposed to an execution, which will allow us to automatically end them. Things start to get complicated the moment we realize that they can regenerate their position if we throw ourselves away for a while without doing anything that helps increase it, which will force us to fight constantly and without any respite. Luckily, the less vitality they have, the harder it will be for them to recover their position and we will be able to take longer breaks. 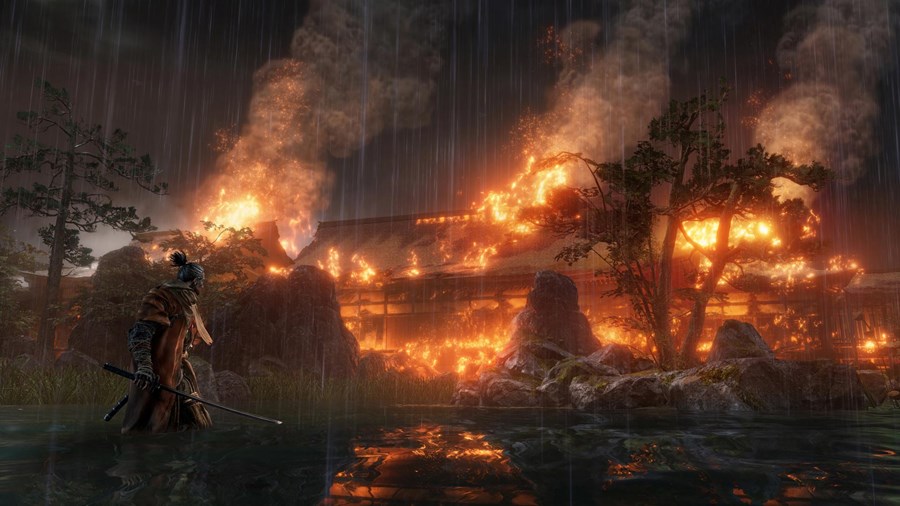 All this goes more in the confrontations against mini-bosses and main-bosses. These very dangerous rivals have several bars of vitality and the only way we will have to end them will be putting into practice an execution, which will force us to fill the posture bar to the maximum several times until we can finally finish them off.

Overall, the title offers us very aggressive combats with an overwhelming intensity that will test our reflexes, skill with command and our concentration. There have been few times in which we have forgotten even to breathe against some bosses and we do not exaggerate if we say that they are the best they have ever done in FromSoftware, leaving us to remember some of the most epic and memorable battles we have ever experienced. with a video game. Each victory against them is indescribably satisfying and will leave us exhausted both mentally and physically, which speaks spectacularly well of what has been achieved here.

As for our possibilities of action, we will have an attack button and a blocking button , as well as our our prosthetic arm that provides long range abilities, all of them very different and well differentiated uses, including axes to break shields, shurikens for attack from a distance, an umbrella to block blows from all directions and a fire cannon to blow whoever dares stand in our way.

On top of all, we must add a multitude of special techniques and movements that we will learn throughout the adventure, either through the skill tree, defeating specific leaders, or by reading a scroll, and so on.

Obviously, the battles are varied and our enemies have numerous ways to attack us so we have to learn to read perfectly since each one requires a different response. For example, to stop a lunge we can block or perform a counter mikiri (a spectacular technique with which we will step on the weapon of our opponent and punish him with a katanazo that raises a lot of posture damage), to avoid sweeps we will have to jump and kick our opponent in the face and the grabs will require us to get out of the way with an elusive one. 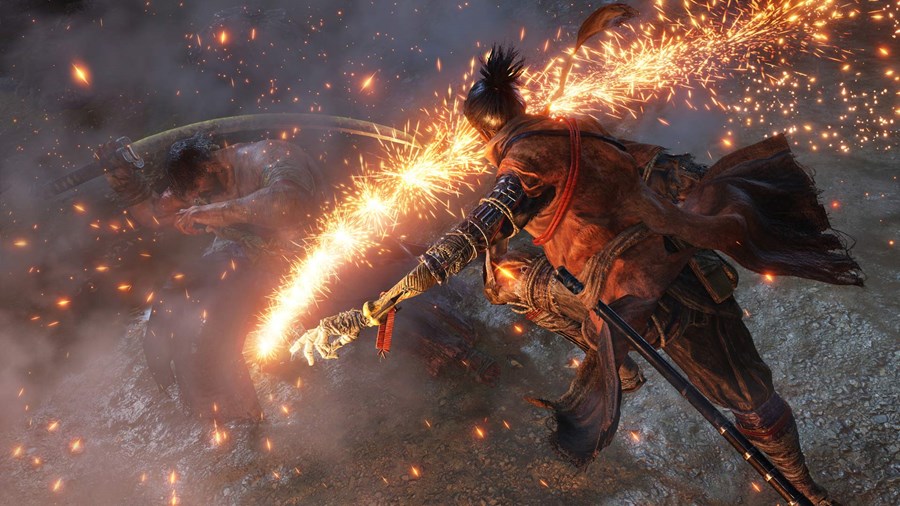 As you can imagine, there are plenty of different types of enemies, all of them with numerous mechanics and animations that we better learn, making it necessary for us to always adapt to fight properly and not make mistakes when reading their movements.

In general, fighting in Sekiro is a unique and unequalled experience that leaves us with duels that are quite a spectacle. When we play well, what we see on the screen are beautiful dances of steel clashes worthy of the best choreography, something that we had never seen represented so beautifully. 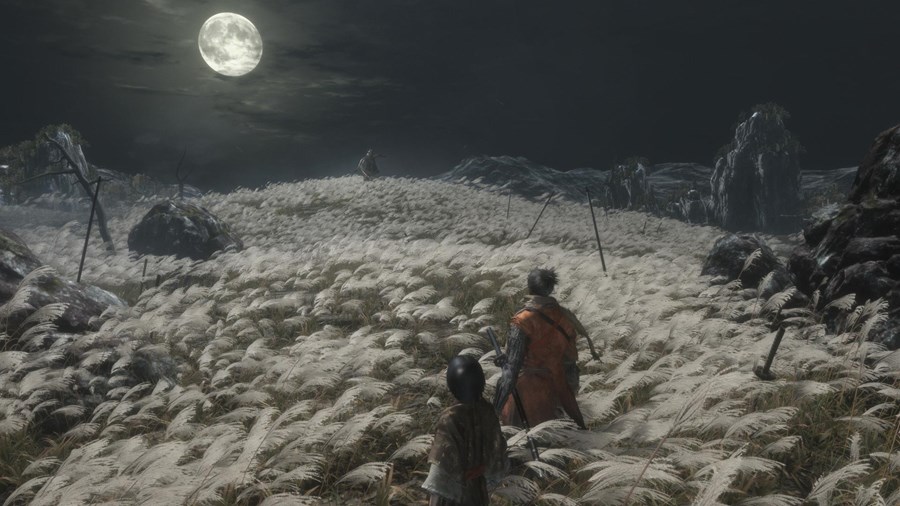 In the graphics field, Sekiro is not a title that stands out precisely for its technical power, although it could not be more solid in the visual thanks to its wonderful artistic direction, full of very detailed and impressive scenarios (especially outdoors) enemies and creatures are also masterfully designed. In addition, the modelling and animations are very successful, watching the executions is always a bliss.

The negative part is the performance. Although the title tries to reach 60 fps in the console, the truth is that it is unable to maintain it and experience frame drops more or less frequently, something that usually depends on what’s happening in any given scene. In general, the game plays smoothly and lets itself play perfectly, although the reality is that frame drops are there and it is something that we should point out. 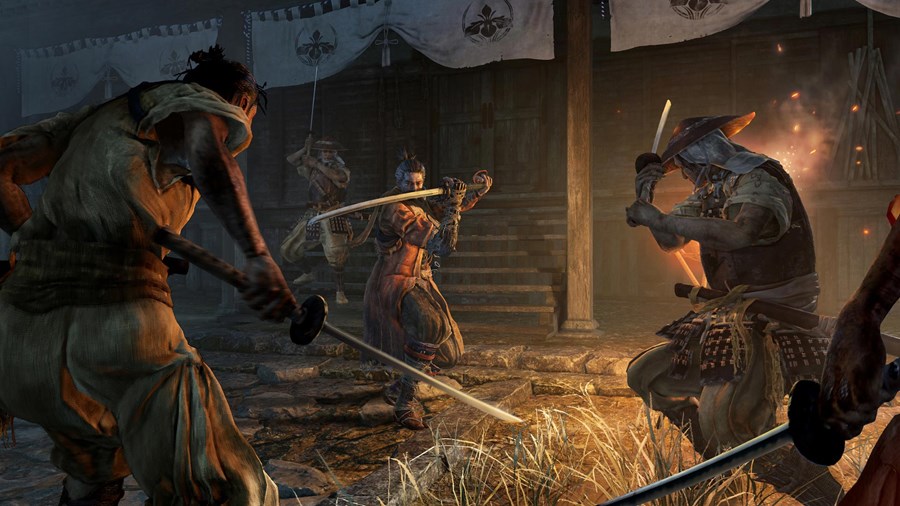 Finally, the soundtrack is well orchestrated and gives us a multitude of very Japanese themes that uses many of the classic instruments of the era. We were very surprised by how intense the percussion of the compositions is, with full speed punches that, in addition to putting us even more pressure, are synchronized with the sword clashes and create a unique sound ambience that will make us feel inside a film of ninjas and samurai.

The effects are also very careful and they are very varied. There is a language selector and, by default, it is set up so that we can listen to them in Japanese, a whole declaration of intentions of how they want us to play. In our opinion, after having tried both, we are left with the original Japanese dubbing without thinking twice, with much more convincing and worked out interpretations and the immersion is total. 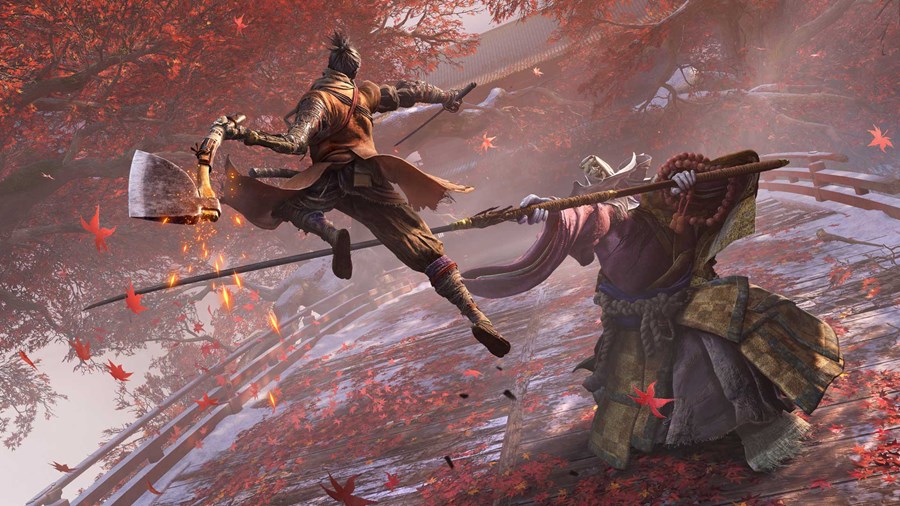 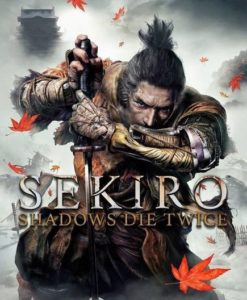 FromSoftware has done it again

As you can see, Sekiro: Shadows Die Twice is delighting us. It’s a fantastic adventure that does absolutely everything well and masterfully: a spectacular level design, a magnificent combat system, intense and satisfying final bosses like themselves, a very varied development, stealth mechanics perfectly integrated and an artistic section capable of leaving us open-mouthed at every corner. And if that is not enough, everything points to it being a huge game full of content and hours of fun, since the more we advance, the more roads, detours and secrets we find.

Right now it’s probably our favourite FromSoftware game and few titles come to mind that can compete in quality with Miyazaki’s new work. If you are not afraid of the great challenges, do not hesitate a moment and dive into the world of Sekiro.

We have prepared this review with a digital review code for the PS4 version given to us by Activision.