Insomniac Games is a developer that created gems like Sunset Overdrive or the recent (and excellent!) Remastered Ratchet & Clank, again has returned with a new title to win the admiration of all gamers. Song of the Deep oozes charm and good work by all its bits and, although it has its flaws; certainly, it is another good example of what this talented team is capable of doing.

Adventures in the depths of sea

It is curious the idea that inspired to give life to this production. Everything came from the mind of Brian Hastings ( Creative Officer of Insomniac Games) daughter, who wanted to enjoy a game that was starring a girl and send a clear message that love can break any barrier and can be a big engine to do anything for those you love.

Introducing you Merryn, the protagonist of this story. After having a dream in which her father (a fisherman by profession) was caught in the deep ocean and check that the next morning he was gone, she goes on an adventure looking for him. To this end, a makeshift submarine built with leftover parts in the workshop of her home and part with the sole aim to investigate the seabed in search of her missing father. A trip that will take her to overcome many dangers, really beautiful areas to explore, meet some allies and solve dozens of puzzles. A proposal which has been called MetroidVania in recent years style games. Level design is quite convoluted, and it is necessary to cover the same area several times to discover all the secrets hidden it, including possible new routes. 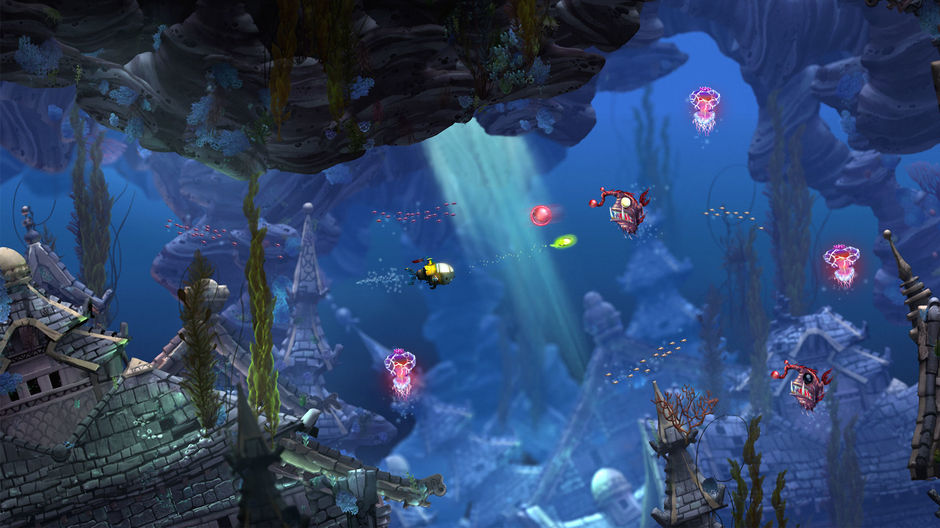 Fortunately for those who love this kind of proposals, there are only a  few titles that have appeared over the past years classifiable as such.And we are happy to say that Song of the Deep is one of the best in its genre. And it has a lot of virtues yet few flaws that also holds, shaping an adventure while not outstanding in all its aspects, yes it has enough quality to be a title that’s very remarkable and commendable.