Insomniac Games once again went above and beyond, created a spectacular work that will enchant Spider-Man fans.

Superheroes there are many. Superheroes with good games, not so many. Spider-Man is lucky to have good adaptations behind his back, with good and very good games, in addition to the occasional tripping. His followers, of course, have had many opportunities to enjoy virtual adventures of Spiderman, but when a Sony that is at its sweetest point takes the red carpet (and the blank check) to a studio as capable as Insomniac, We know that we are facing a special title.


Putting on the suit

Warning: all the analysis is free of spoilers and we will only mention the second character already revealed by Insomniac. 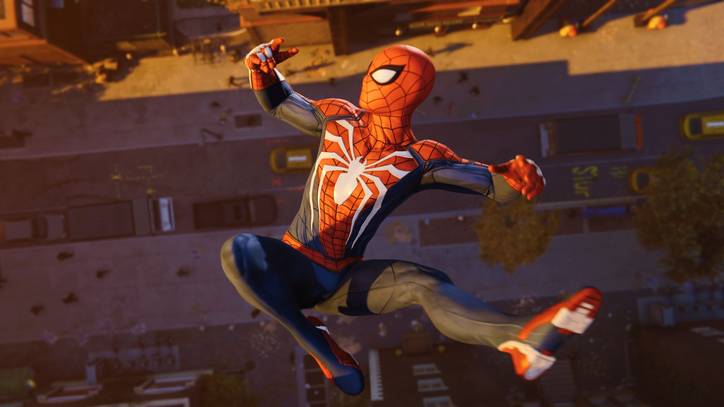 Spider-Man is an action game and adventures in an open world starring, obviously, for the character of Marvel. Peter Parker has been wearing his suit for seven years and is an experienced superhero. Of course, he has other problems in his daily life, such as finding a good job, keeping afloat his relationship with Mary Jane or simply paying the rent. 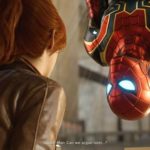 We know the story of a more human Spider-Man, who has to juggle to combine his personal life with the “professional”. Insomniac has opted to start the adventure in medias res, which is not a problem, since we are all more than familiar with the superhero, but has been in charge of offering all the necessary information (through objects or conversations) so that we can draw the start

The good thing about starting like this is that from the first moment we felt Spider-Man, and this is one of the keys. Insomniac has nailed sensations, and after a few awkward initial minutes in which we take control, we become him. We can do whatever we want: move around the city with a freedom and an absolute agility balancing and propelling us between buildings, or fight making impossible moves and combos in the most unlikely places. 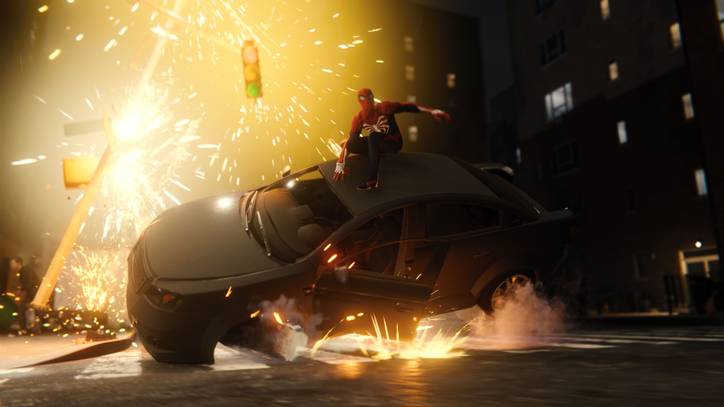 Without going into details, we can tell you that the story is very well told, and it’s great to see certain characters evolve. The personalities are very well defined, with a Peter Parker always ready for the joke of turn, and the relationships between characters are very worked. Of course, do not expect a memorable story, because, as soon as you know the universe, you can see the vast majority of situations come. 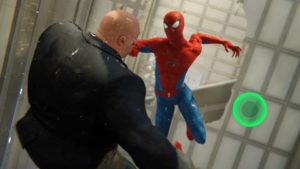 We want to emphasize that it is a game that anyone can enjoy, but it is a game for Spider-Man fans. All the references you keep, the fan service of the best quality and, above all, how well you recreate the character is something that, the more you fan, the more you will enjoy. 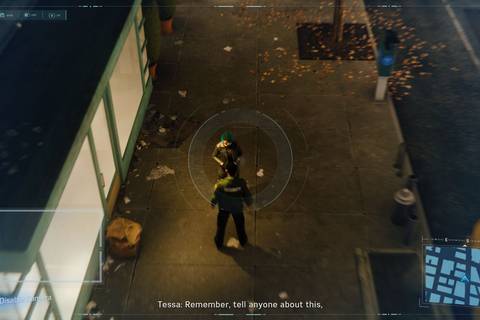 Spider-Man offers us the open-world game structure that we all know. High points that reveal the map to “conquer”, secondary missions, objectives to find things on the map and, how could it be otherwise, the main missions of history.

Surely you have read that the game “lasts 20 hours”, and the truth is that, after playing it, we think it would be more appropriate to say that it can be finished in 20 hours, but it can also last many more. We advance you since Spider-Man is not particularly long, but doing it at 100% yes you can leave at 30 or 35 hours, depending on the level of difficulty and what you distract.

It is a game that lends itself to doing everything since the optional content is very well measured. These tests or missions never last too long or become tedious, and in general, they are fun and varied. Yes, there are some that are repeated, but there are also others that are very original and elaborate, with final bosses and everything. To make matters worse, through them we unlock items to unlock costumes and improve our gadgets, so we have that extra incentive to complete them.

That variety also moves to the main ones, which are undoubtedly the stars of the game. In addition, there are incredible moments, in which, really, it seems to us that we are watching a movie instead of a game. This leads us to mention the QTE, implemented in the most spectacular moments and, personally, we believe that they work well. 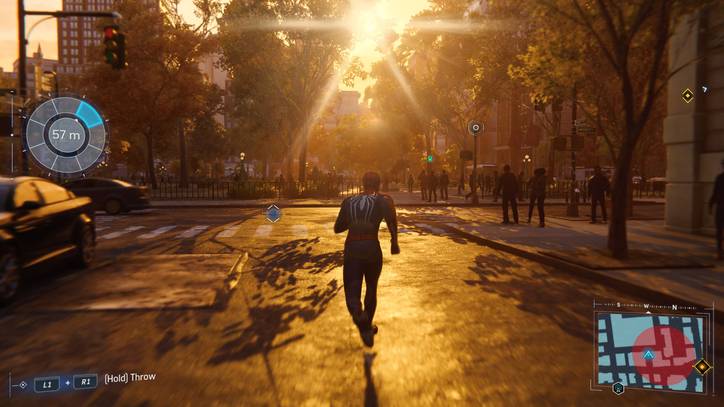 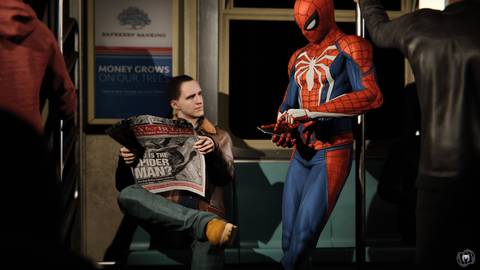 Spider-Man alternates successfully with combats, exploration of the city, puzzles, investigation, and infiltration, marking a rhythm that suits the experience well. It is true that he does not go too deeply into any of them, but thanks to this the adventure is always very grateful to play, very agile.

The most important thing, perhaps, is that control is a delight. The combat allows us to make authentic virguerías, being able to use all kinds of gadgets to combine them with our punches and spider webs, and electrocute enemies, throw them through the air, stick them to the walls or knock them out with different special movements. Of course, in the absence of trying the hardest way to be added in the launch, the game is a real ride. Playing it difficult, we have not had the slightest problem to complete it.

Difficulty aside, something that has not convinced us much is the infiltration sequences of Mary Jane. As you know, we can control it at certain times, and while some missions give us more freedom and are more enjoyable, most are very guided and do not end up contributing much. They do not last long and are not a problem, but it makes us wonder why this strange obligation seems to have the studies of infiltrating yes or yes in all its games. 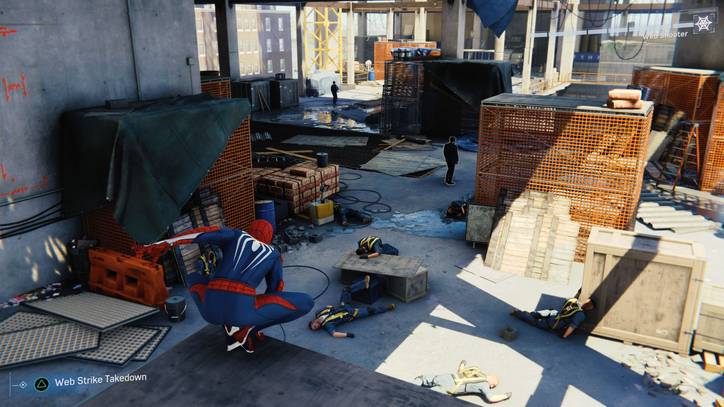 We also want to mention how well the displacement system is made. We could go into detail and tell you how to link the skills to move around New York as the real spiderman, but until you have it in your hands and you catch the trick you will not understand how satisfying it is. They can spend hours and hours and never get tired of swinging; It can not be made better playable or visually. Of course, all the skills of our protagonist, this one included, can be improved when leveling up.

Redefining the limits of PlayStation 4

Insomniac already demonstrated with Ratchet & Clank that it can make graphics in real time that look like a computer movie, and although the aesthetics of Spider-Man does not lend itself to this parallelism, it has moments that make us rethink what the limits are of a PlayStation 4. 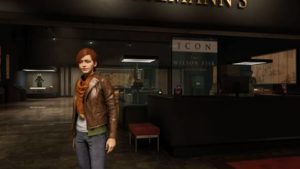 Maybe it’s not as perfect as God of War, but it’s a very different game. If we look, we will see in a very specific way how the level of detail of some element in the distance changes, for example, but it is that you can not ask for more. The density of the city, the drawn distance, and the complexity of all the elements on the screen is, simply, incredible for a console that was launched almost five years ago at 400 euros.

We have analyzed it in PS4 Pro, where the cleanliness and definition of the image have left us speechless. Neither jagged edges nor a 4K fuzzy element, something very remarkable to not run natively at that resolution. It also has HDR, whose implementation has not surprised us so much, but it does show up at certain times like in the explosions at night, for example.

Surely you have also heard about the downgrade, the puddle and so on. We see the same differences in the images that you see, but what we can guarantee is that you will see things that you are not going to believe can be executed in real time. Some of the most spectacular action sequences of the moment are here, and we are going to play them ourselves. 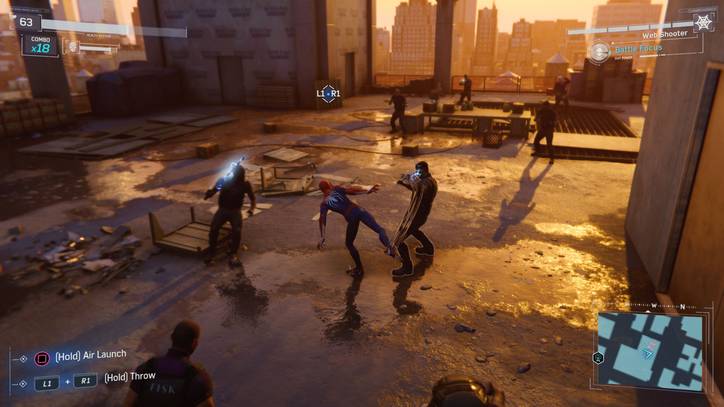 The landscapes, the Spider-Man costume, some faces, the incredible number of animations and how well they are linked, how everything moves with ease at about 30 images per second that rarely fall … The truth is that technically few hits are you can put. The same in the sound section, with a soundtrack very accurate, with very epic themes, and very, very strong sound effects that fit perfectly. 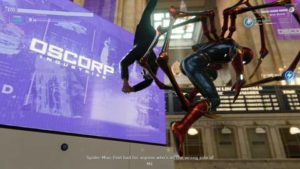 Insomniac has shown that it is the perfect study for Spider-Man. He has managed to bring Spiderman back to the top of the superhero games to do what Rocksteady did with Batman in his day: create a game based on a comic that everyone will enjoy, even if he does not call you in particular the protagonist. And watch out, if you like Spider-Man, you’ll enjoy it more than anyone else. 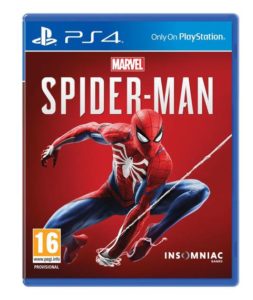 It has some buts, such as the little difficulty (which, in theory, is solved with the patch day 1), some missions and uninspired objectives and not too contained, but in general it has left us very satisfied, because what does well does it so well that it eclipses those aspects that can be improved. It is a respectful work, which shows that it is made with love and respect for the character, full of references and winks that those who know the superhero will enjoy a lot . And all this, in addition, wrapped in a spectacular audiovisual section.

We have done this review on PS4 Pro with a download code provided by Sony.