The successful 'third-person shooter' from Nintendo returns with amazing additions!

A little over two years ago, Splatoon arrived, a new IP from Nintendo that makes a pretty strong entry, and that was practically something unexpected even for Nintendo. Since it was one of a kind online third – person shooter that also came with title updates free for a year, it was a breath of fresh air for the catalog of Wii U.


Luckily, Splatoon’s feedback from gamers was great and encouraged Nintendo to explore other genres in a similar way, like the 3D fighting game ARMS. Now the sequel to Splatoon comes to Switch, a console that is having a much better feedback than its predecessor, and that allows Splatoon 2 to have a potential greater user base to attract with its fun proposal. 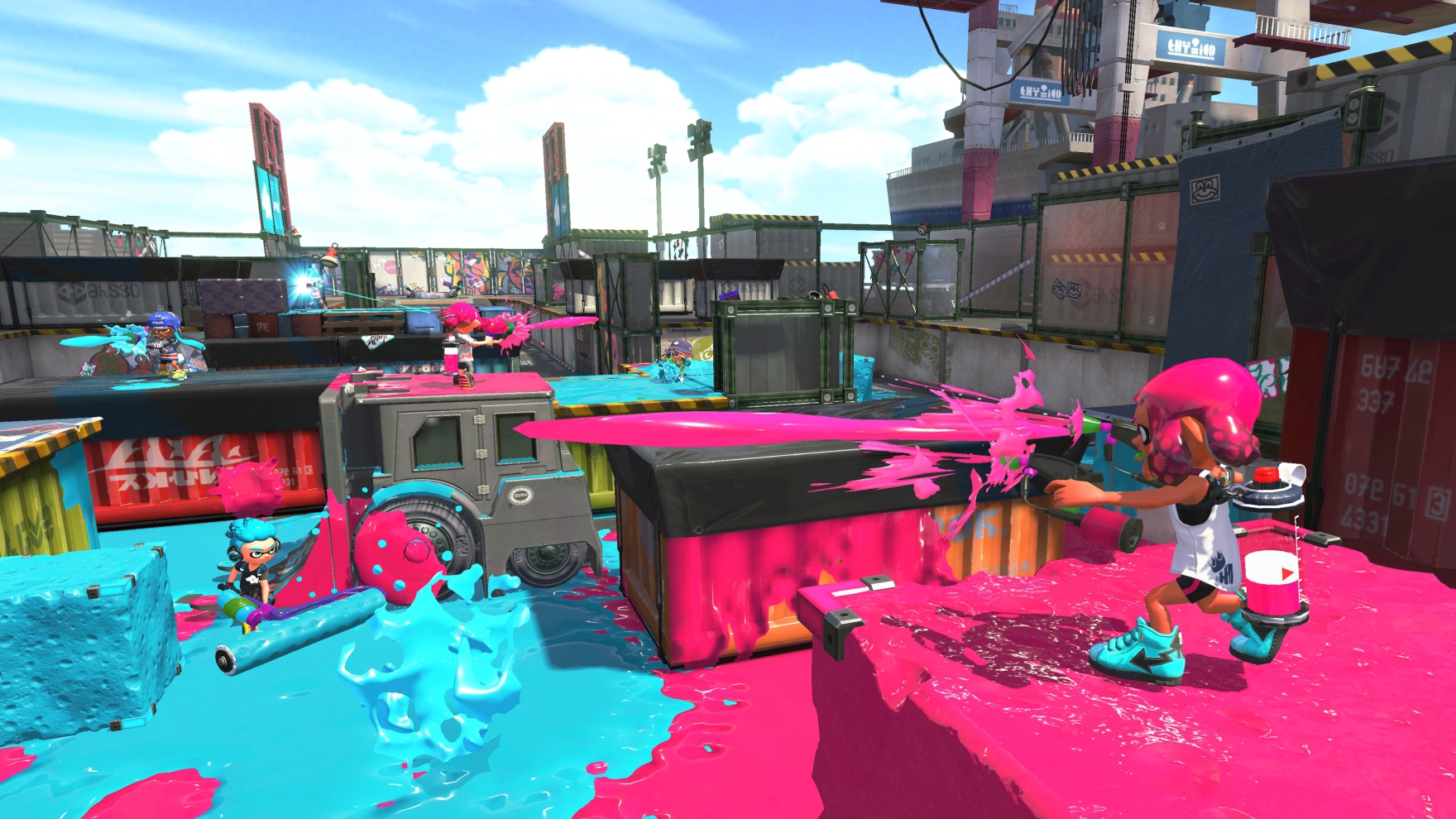 Splatoon 2 is a third-person shooter game, focused primarily on the online multiplayer cooperative, though it also has a single-player story mode, but that is entirely secondary. The playable essence is that of a shooter, with the particularity that we shoot paint. Also, we can morph into a squid by the press of a button so we can dive in our ink that we throw on stage – and by diving in we recharge our “ink/ammunition” – and in our squid form, we can climb by certain surfaces, among other things.

This may sound very confusing/silly to someone who never played or has not played more than a couple of hours, but as usual, in many of the games from Nintendo, they hide more than it seems. Anyone can play Splatoon 2 and have fun, but those who want to make the most of it should know that this is a complex game, with a lot of possibilities. 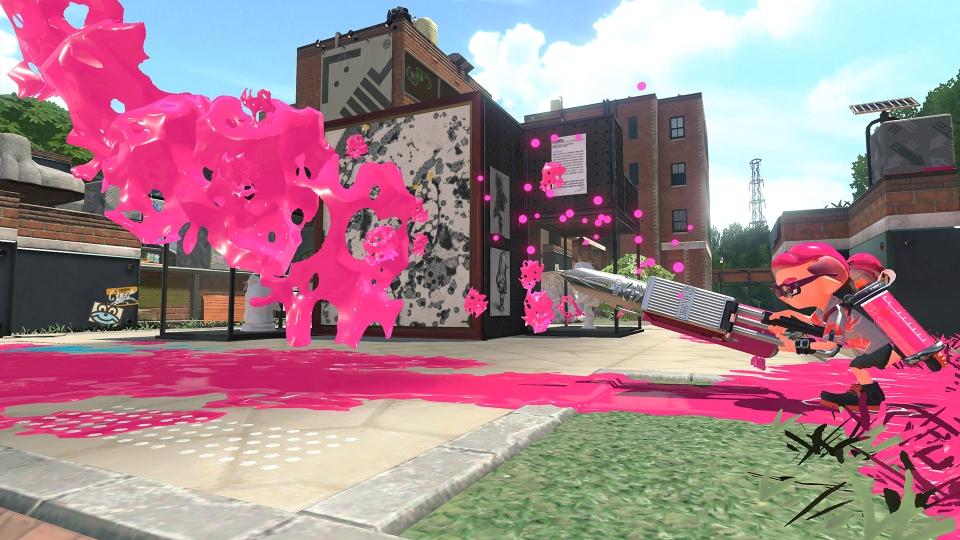 Splatoon 2 offers several game modes. The first is the single player mode, in which you will travel five worlds, presided over by an end boss and with different phases in each one tells a simple story that serves as an excuse to encourage us to finish this mode. For those who played the first one should expect some memorable moments, and these will give you a smile.

The development of the story mode is the same as the first, with an area in which to look for parts to unlock the exit, in addition to finding secrets and improving our weapons. Some of these secrets also serve us in multiplayer modes, such as coupons that allow us to get more experience or money when we play online. 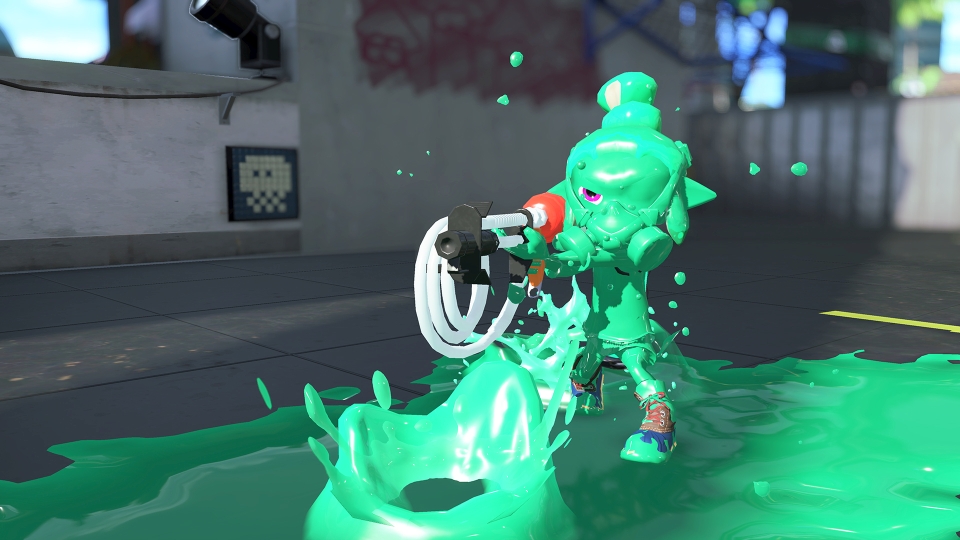 The phases are well designed, introducing elements in each one, and although they are not too hard or impossible to complete, although there are some interesting moments of difficulty. The special mention is for the final bosses, very fun and original in both playable and visual. The story mode by itself doesn’t give enough reason to buy the game, but it is an addition that is appreciated and, without being a revolution, it makes the whole package more complete, compared to the first game.

The core of Splatoon 2 is, of course, the multiplayer game. We start with the friendly mode, called Turf War, in which two teams of four fight to be the one to paint more surface of the stage. This is the way to play at the beginning, since to unlock the Ranked Battle games it is necessary to reach level 10 first in these friendly modes.

Once the Ranked Battle modes are unlocked, we will find three competitive game options, also by teams. We have the Tower Control mode, where we have to conquer a central platform, Rainmaker, which is a kind of capture the flag, and Splat Zones, where we have to fight to certain color areas of the map. The modes are the same as the first Splatoon, so if you played it back then, you would be well acquainted with this. 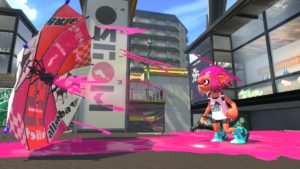 Besides, we have the League Battles mode for those who reach a level B- or higher in competitive matches. Here we play with a team of four or a group of two, and we have an independent rank that restarts every two hours. At the end of those two hours, we will be awarded a medal based on how we have done it. There is an option to play with friends over the internet, and an additional option to play with them using voice chat, something that is organized with the application that launched on July 21 and the app is already having some issues as we speak.

A brand new addition to this title is the Salmon Run mode, a sort of horde mode for up to four players(although we can also play alone if there was no one online). In this mode, we have to defeat the enemies that arrive in waves, collect their power eggs, and once the boss enemies arrive, we collect their golden eggs that they release and need to carry them in a basket which appears specific part of the map. This mode gives new special rewards for our character. 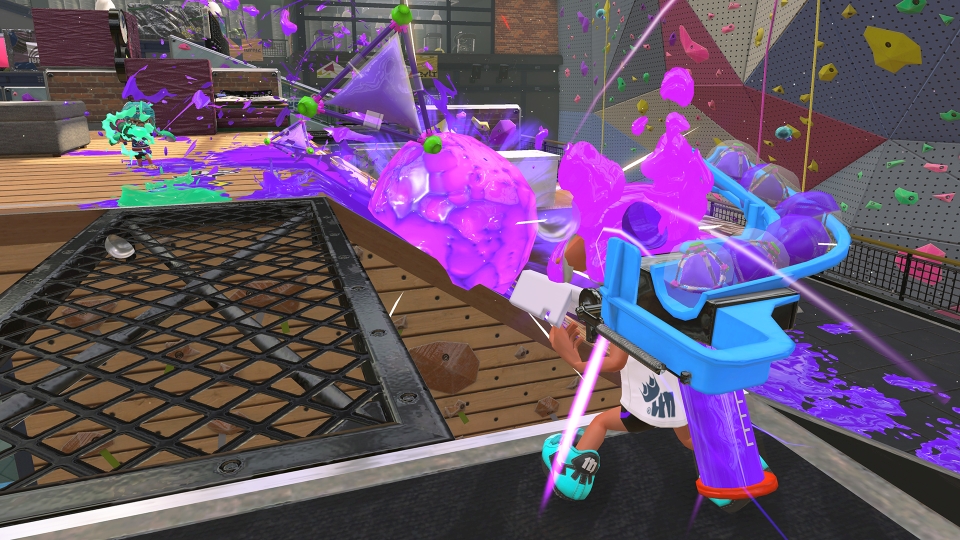 In each game, we will fight against three waves of enemies in which we will be required to collect a certain amount of power eggs and, of course, survive. In each wave, the game will assign a different weapon to each player, and the scenario will change slightly. The tide may increase, the fog may reduce visibility, or special cannons may be activated to defend our companions. As we level up the games, become more complicated, and we assure you that it also becomes very, very difficult.

We found Salmon Run a very fun and addictive mode, which can become quite intense, and is ideal for playing with friends, communicating and organizing. There is no explanation why Nintendo has decided to limit this mode to certain times of the day to play over the internet. We understand that in all other ways the scenarios and the game type change from time to time, but Salmon Run is only accessible at certain times of the day unless we decide to play locally with friends, which is possible at any time. 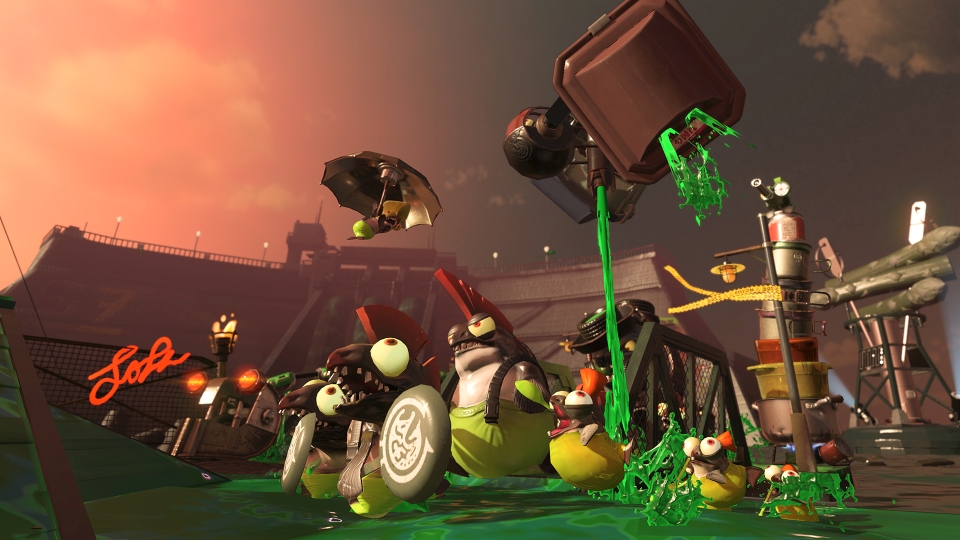 In regards to the quality of the connection of online games, we have no complaints. We have played many online sessions through the internet mainly in the evenings and during the weekend without a hassle. Even so, we have managed to play some friendly matches to reach level 10, play the competitive and play the Salmon Run mode, always without lag problems or connection.

The audio-visual leap from the first Splatoon to Splatoon 2 may seem little. And it is true that there are no noticeable changes, but when we compare them, we can realize that the evolution between deliveries is greater than it seems. In addition to a much more detailed finish, we see improvements in effects, real-time shadows or more complex environments, which helps greatly to achieve a visually look worthy of a sequel. 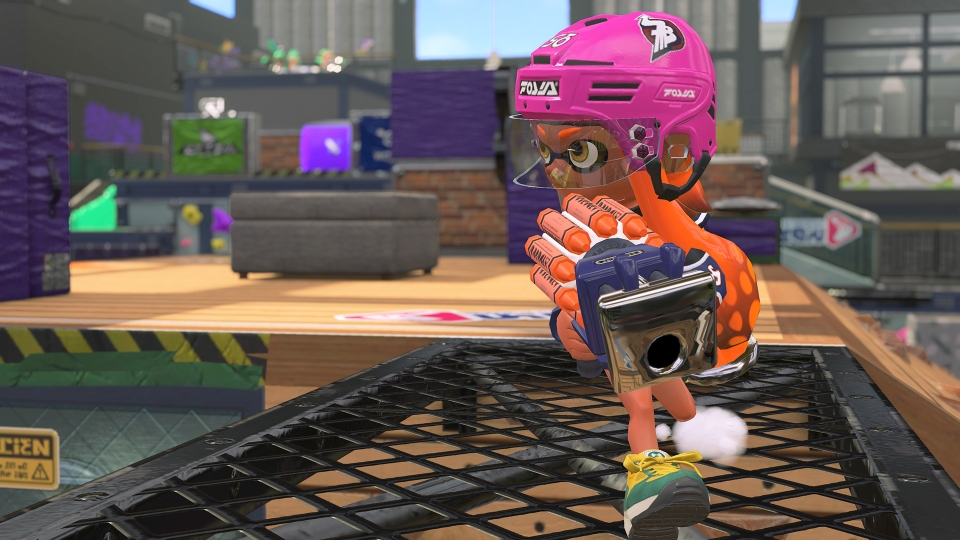 The resolution is also updated, up to 1080p when connected to the dock, and up to 720p in portable mode. We say even because the resolution is dynamic, something that along with the lack of antialiasing sometimes leaves us some fairly jagged edges and a lack of detail in the most distant elements. This contrasts with the moments in which the game reaches its maximum resolution and activates the antialiasing – as in the Inkopolis square -, parts in which the quality of the image is great.

Anyway, it is an understandable sacrifice in favor of 60 images per second. Splatoon 2 is a fast and frantic game where the response time is essential, and Nintendo has decided to sacrifice resolution or anti-aliasing by maintaining a permanently stable rate at 60 frames. Also, thanks to the careful artistic style and the agility of its gameplay, we also do not have time to look at small details when we play. 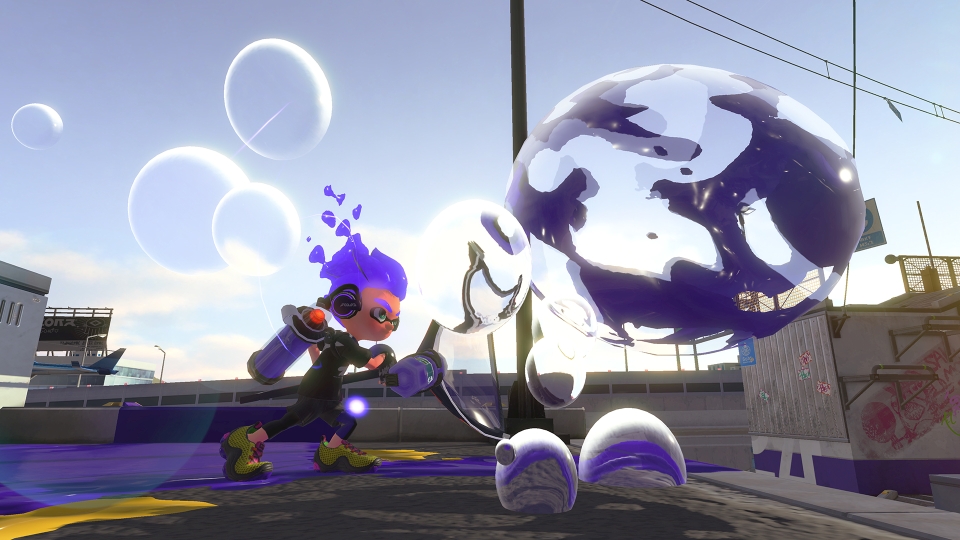 It is curious that we miss the second screen of the GamePad to see the map. Now we can open it by pressing the X button, but doing so covers the entire screen, blocking the view of the action. The map was very useful to know where the enemies were or to get an idea of what areas could be an easy target, and we can not help feeling that the new system is a step back.

In the sonorous, highlight the melodies, with its alternative and casual style, and its careful selection of sound effects. Audiovisually, Splatoon 2 has all the strength and personality of the first, so we can not put many hits on it. 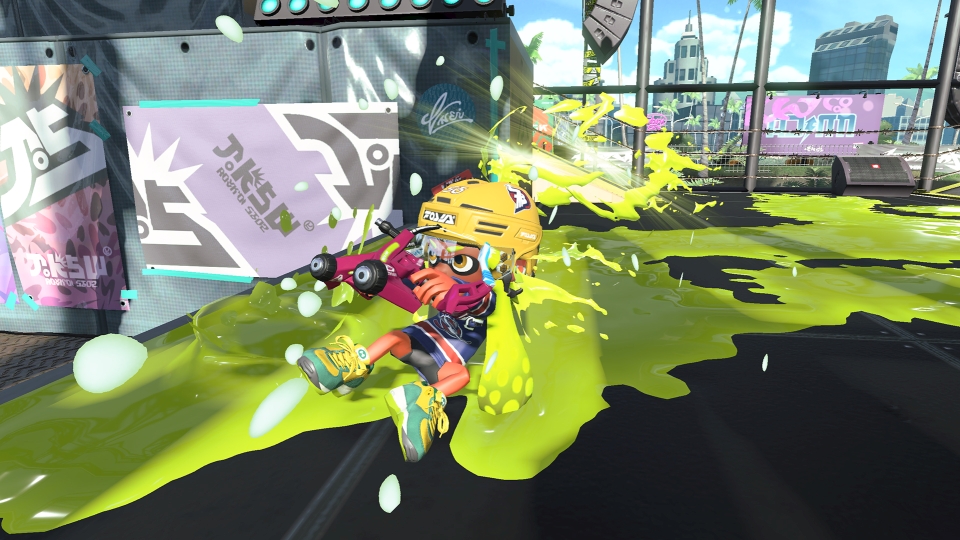 Yes, we can criticize that, many times, Splatoon 2 seems more of a kind of expansion or Splatoon 1.5. Yes, there are new weapons, new maps, new clothes and a new mode, as well as some new features, but in the play mechanics, nothing has evolved. We do not say it’s a bad thing, but there are times when you feel like you are playing an expansion; Propitiated also by the fact that enough content of this sequel – including maps – arrive inherited from the first delivery.

Splatoon 2 is hilarious from the outset and as deep and complex as we could expect. The biggest drawback we can put is a poor evolution compared to the first, and the fact that there is a remarkable amount of inherited content sometimes makes it look more like an intermediate step than a sequel itself. 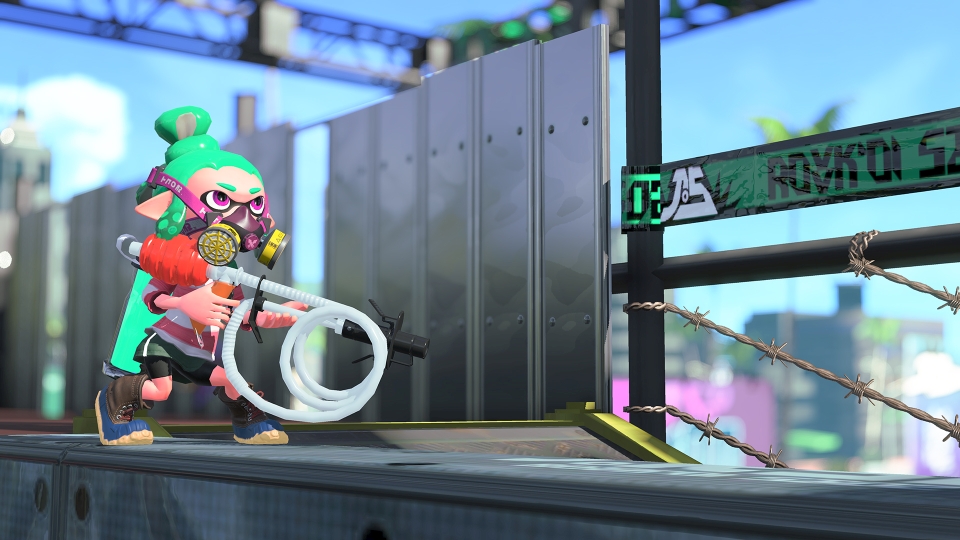 The single player mode is more complete than the first part, but in the multiplayer is where Splatoon 2 really shines. The classic modes are still addictive and very enjoyable, and the newcomer Salmon Run has enchanted us, despite questionable decisions like limiting its online availability throughout a day. 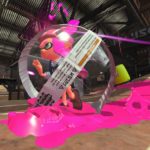 As with many other games, if Splatoon wasn’t your thing, Splatoon 2 will not make you change your mind. If you enjoyed it, its sequel would give you many more hours of fun, despite the few additions beyond the Salmon Run mode and the mandatory new content, Splatoon 2 is a must have for every Switch Owner.

Capcom alters the story of Leon in the remake of Resident Evil 2
December 29, 2018