You get what you ask for almost four years later but it definitely worth it, a lot of levels, an infinite amount of.

This expansion is free for anyone who has bought the original title on any platform, mechanics do not change too much, this expansion id the same innovative mix of shooter and puzzles from the game released four years ago. The time only advances when the player moves, allowing to avoid the bullets of the enemies, to stop them with the edge of the katana, take objects from the stage to launch them in the middle of a firefight and predict exactly where the opponents will move so that our bullet meets them and shatter them into thousand pieces.

Fans of the first SUPERHOT had been asking for expansion for the last four years: more levels, another game, whatever. Mind Control Delete is the answer to all those players. That the achievements of the game are named “More”, “And more”, “And still more”, etc .; it’s representative of what the title offers: an apparently infinite number of procedurally generated levels, with tweaks to the playable formula. These phases are surrounded by a story, which, as in the original, does not stand between the game and the player, and which precisely speaks directly to the players about addiction, exhaustion and repetition. 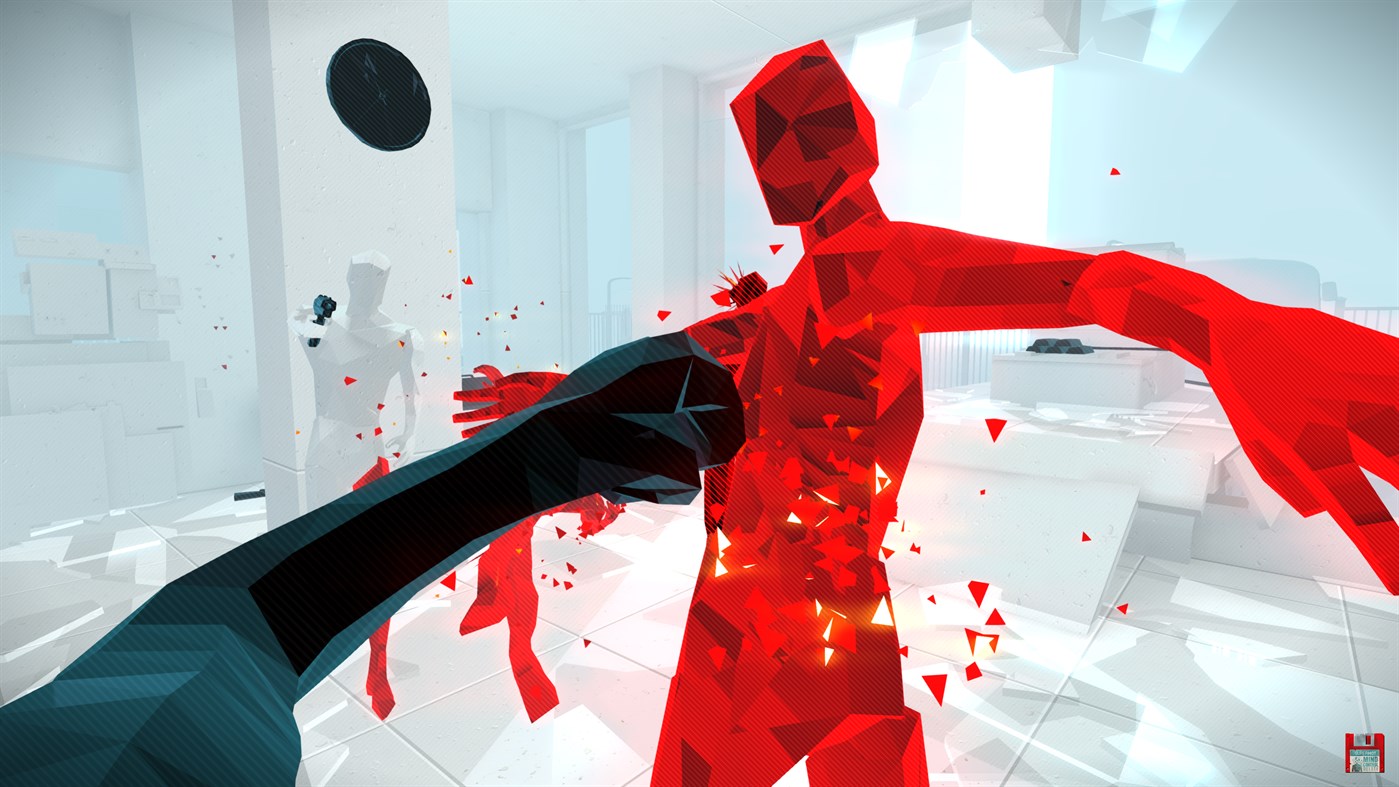 Because here you will repeat a lot, over and over, the same phases with different modifications to the stage itself and to your intangible avatar. The structure of the game is divided into a series of levels with various phases in each of them; it is not necessary to pass all the phases to go to the next level. The phases are made up of different screens, situations to overcome with a number of lives shared for all of them: if you are killed on the last screen of a phase, you have to start again from the beginning. These screens always take place in a series of predetermined scenarios (a gas station, a disco, a bar, a mansion …)and they conclude when you have finished with a certain number of enemies; they are repeated over and over again, but with the enemies, objects, and certain sections of the scenarios procedurally altered. 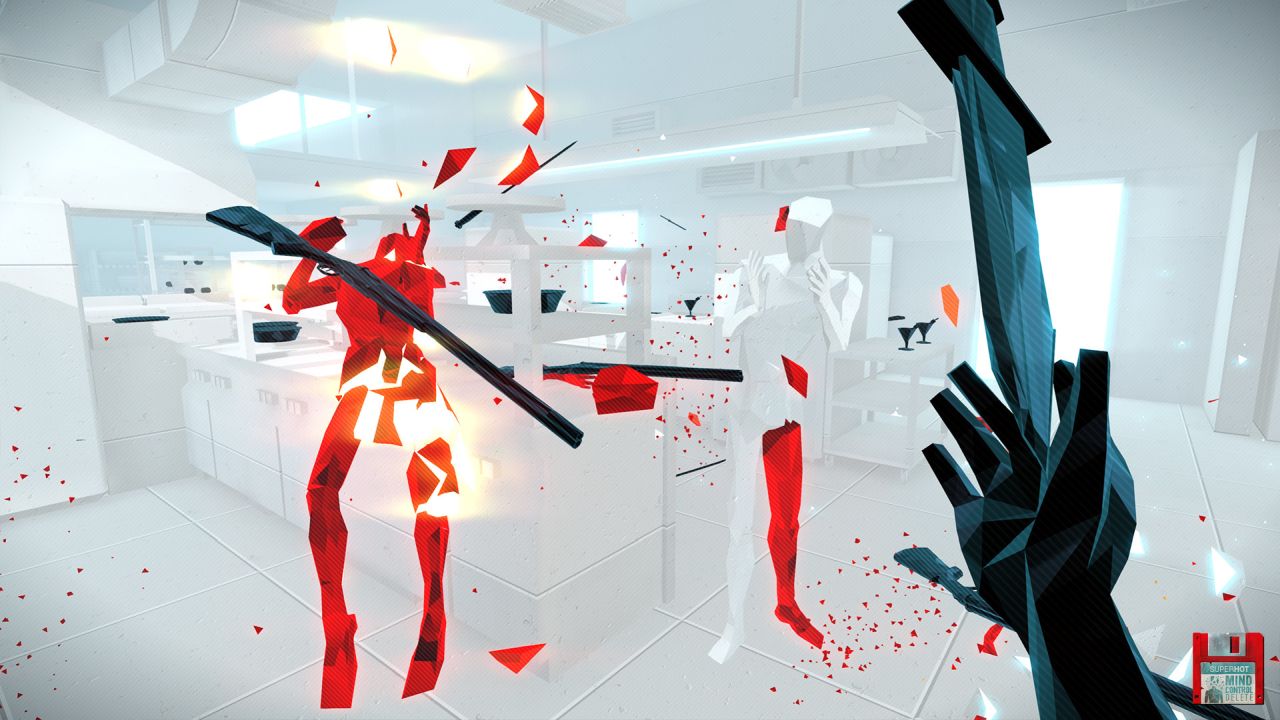 As you go through levels you get various modifiers that open other possibilities to different play styles. Among them is the power that allows you to attract the katana as if you were a Jedi picking up a lightsaber using the force, and the modifier that bounces bullets at other enemies if you hit the head. There are many others: that weapons reload faster, that you are faster, that projectiles are returned to those who have fired if a bullet is dodged … But they are not permanent modifiers, but unlocking them allows you to choose between the rewards within each phase, among which the more than necessary improvements in life and healings are also offered. 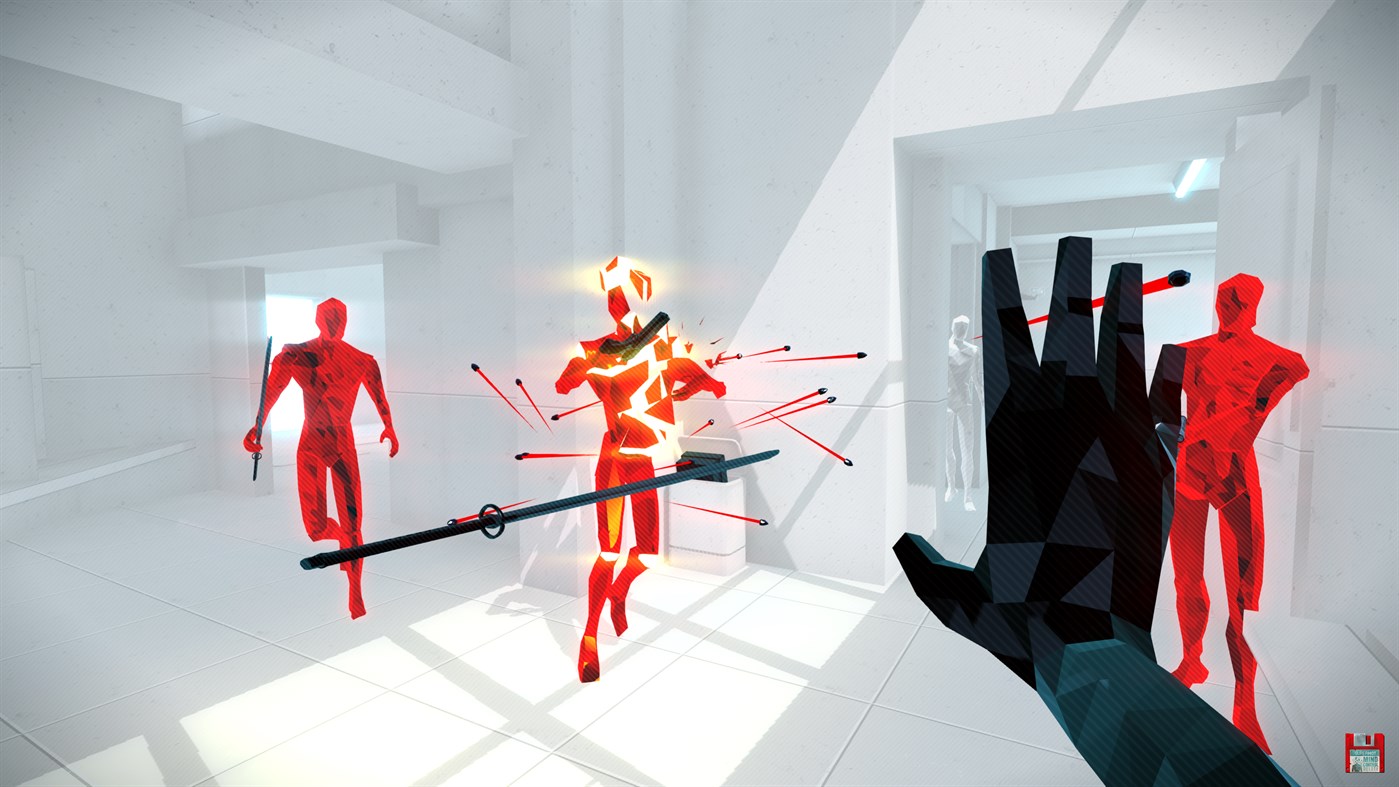 As is traditional in the roguelike genre, the mixture of one and the other modifiers allows building demolishing builds, but it is also true that there are some powers that, at least in our experience, are not as useful as others, which shows a trend the more it is better than it is seen in the whole game. As you progress through levels, the number of scenarios you have to complete in each phase increases exponentially. Although little by little they are introducing new playable elements that make you rethink the challenge, they are still the same ten altered levels, over and over again. At times we have thought (especially when having to repeat a phase that was almost finished) that this “more”, “and more”, “and even more” than the game boasts, ends up becoming something closer to boredom than to fun. 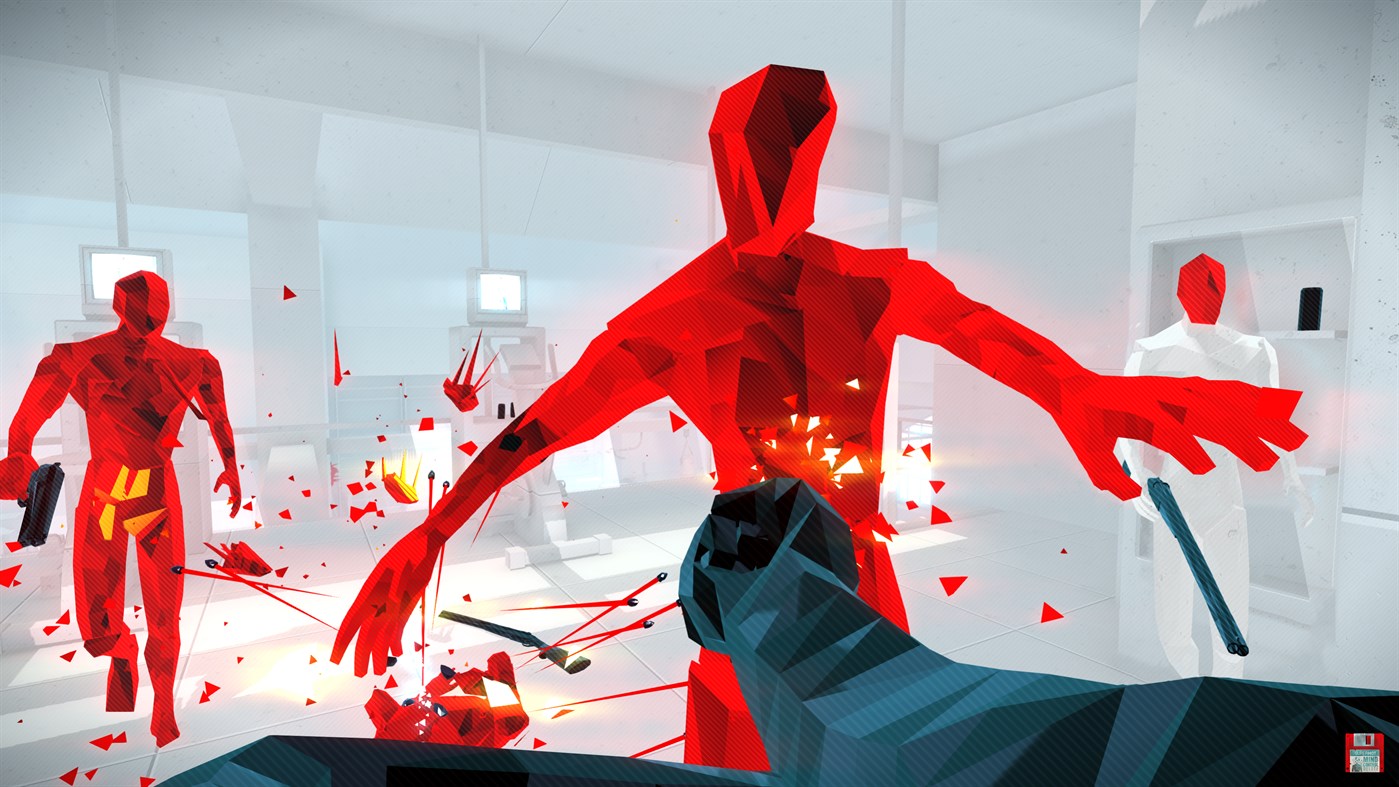 In the absence of situations created by hand, something that in itself makes many of the levels are below the peak moments of the first title, this Mind Control Delete would not have been bad for more variety of scenarios that contained repetitiveness. Still, this does not stop the game to be able to continuously catch, making the trap of rogue-lite of one more try and leave. 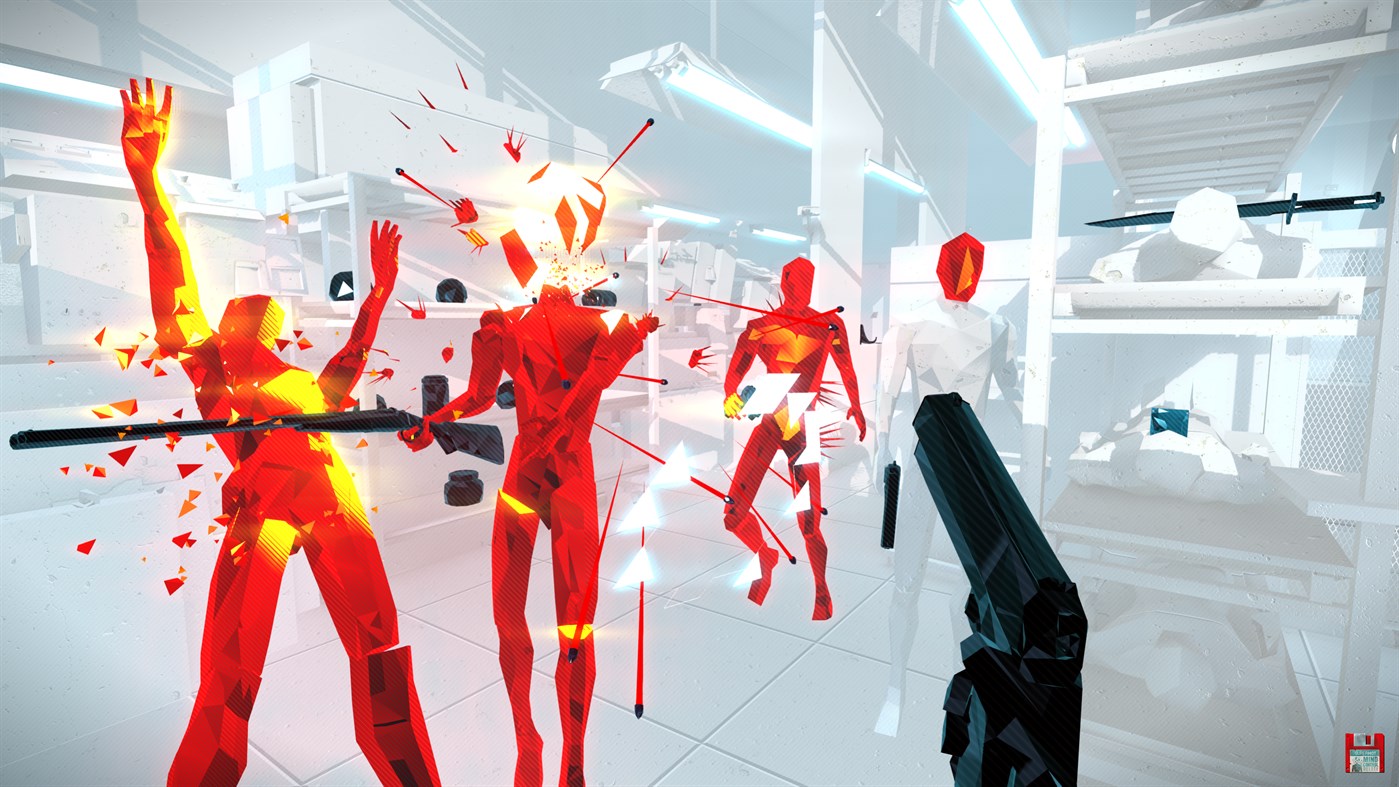 As for the technical and artistic, there is little to comment on the original SUPERHOT since it uses the same base practically without alterations: a minimalist aesthetic, constant winks to the computer systems of the 80s, an almost total absence of music (from so the shots and cuts sound with a lot of forcefulness by contrast) and a taste for the abstract and the surreal in certain narrative sequences. 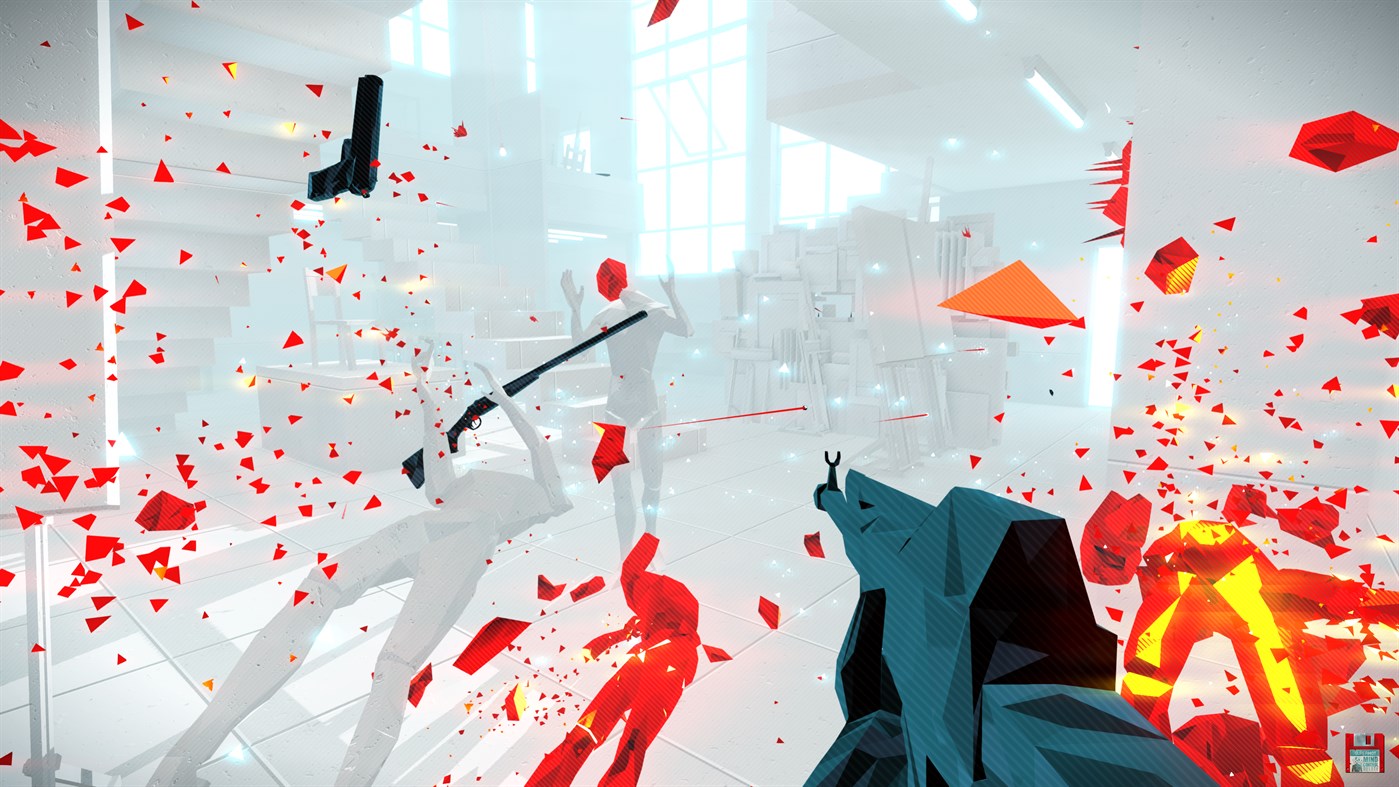 SUPERHOT Team could have offered what fans were asking for: a handful of new levels for the original game that would extend the experience for a handful of hours. But after a few months, fans will likely ask for more, and more, and even more. That’s why Mind Control Delete is quite cleverly designed because it offers you a reason to return to the same game over and over again thanks to the procedural design of the scenarios while deepening and expanding the playable base of SUPERHOT. However, for those who are new to the this mix of first-person shooter and puzzles, we would recommend that you play the 2016 title first, which offers a richer design of levels and situations; And if you still want to, access this expansion that provides just that: more.

We prepared this review with a digital code for the PS4 version of the title provided by Evolve PR.

The Last of Us 2 is already gone gold: Neil Druckman says “I just finished playing it and I cried again at the end”
May 4, 2020
Average User Rating
0
0 votes
Rate
Submit
Your Rating
0