A racing game without limits and an arcade style of fun and exciting driving.

The Crew (first game) had a very slow start in terms of sales, but that evolved significantly thanks to the constant updates and inclusion of new content. This second installment has polished its gameplay with a more precise control that adapts well to almost all disciplines, finding now a huge variety of options and racing grounds not only land but including sea and air too.


All this has allowed the title to have a new personality and become a remarkable driving experience. Undoubtedly, it is better than its predecessor and, although it prioritizes quantity over quality and its narrative is a bit shallow. Although, its huge open world that recreates the entire United States traps us from the start.

The great addition is that now we have competitions by land, sea and air, a new approach that brings great variety and endows the title with personality. Within these three categories, we will have many disciplines such as motocross, drift, rally cross, drag race, competitions in circuits, stunts or, for example, racing with boats. Each of them has a very differentiated approach and, although in general, they are fun, some modes have an irregular design, which ends up unbalancing the experience.

Another great improvement is the inclusion of a dynamic vehicle change system that allows us to choose between one of the three available categories. This can be activated at any time during free travel, something that greatly speeds up the constant journeys through this gigantic open world. The system is very intuitive and works without problems because, although sometimes we will suffer some mishap with the change, it is very easy to relocate properly. 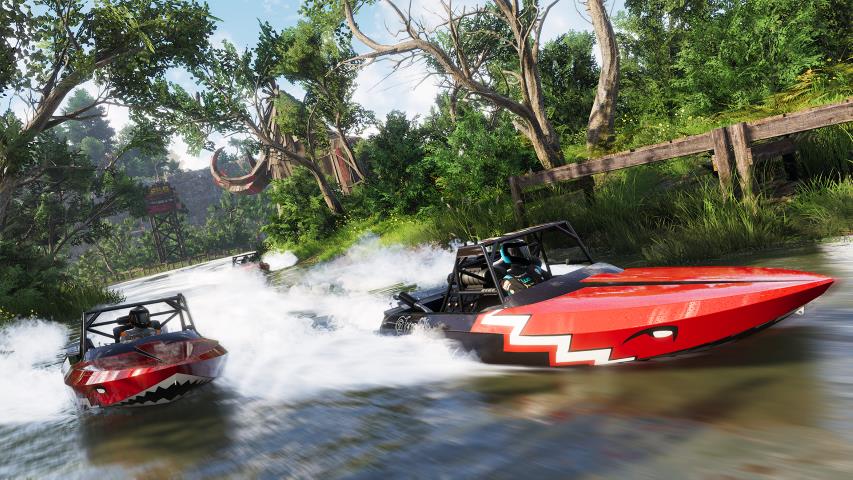 The controls are precise, enjoying acceptable physics and a style of purely arcade game that allows us to fly at high speed, crash against rivals, skid and smash the nitro boost button. In addition, you’re not limited to the track, so it is possible to take alternative routes and perform spectacular jumps to obtain better rewards. For its part, the artificial intelligence of the rivals is not very high and blatantly uses the resource of approaching or waiting for the races to be exciting until the last second, a design element widely used in this type of video game, but that It has been poorly implemented.

The progression system offers enormous freedom since from the first moment we will have all of the United States at our disposal. This gigantic open world can be traversed with any type of vehicle or using the fast trip, so we will be the ones who decide how we want to play. If we choose to use free travel we find a multitude of additional tests to get experience, which is a small incentive to spend some time on this task. 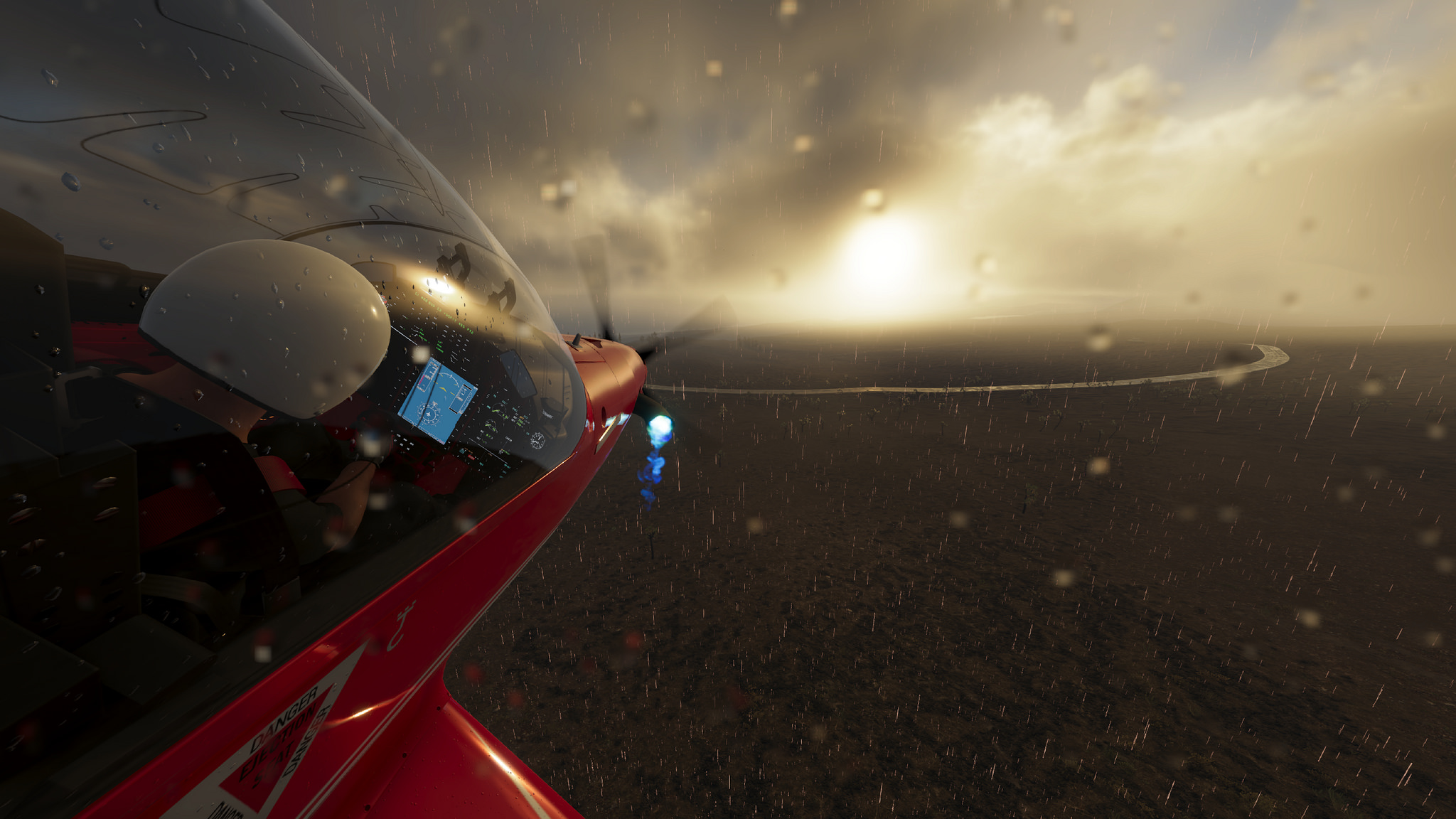 However, with the passing of the hours, covering these enormous distances becomes very tedious and greatly impairs the progression, since the challenges and rewards are not enough reasons to continue travelling. Without a doubt, it is a pity that there are no more incentives to explore this huge open world since we enjoy a faithful recreation of the country and a brilliant visual finish of cities like Las Vegas, Chicago, Detroit or New York.

In this huge map, we find four different families: off-road, street racing, professional racing and freestyle. Each of them offers different tests and, although we can specialize in the ones we like the most, the ultimate goal is to complete at least 70% of the challenges of each family to face the big boss and get a unique vehicle. This system, which Ubisoft has already used in recent titles such as Ghost Recon: Wildlands or Far Cry 5, proves to be very efficient and gives us enormous freedom. 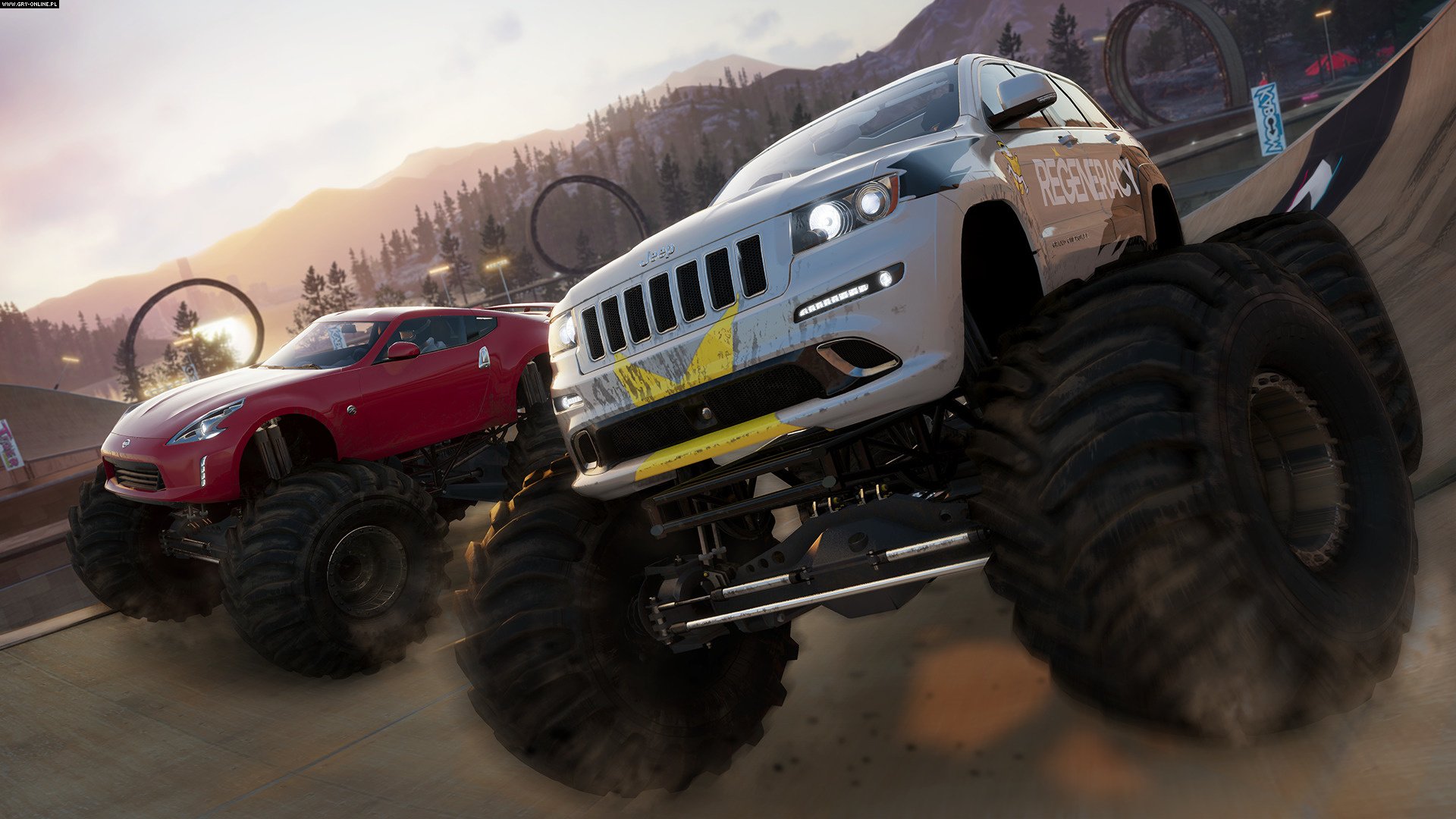 All these competitions can be enjoyed alone, although inexplicably we will need a permanent internet connection to play, an unnecessary decision considering the playable approach of the proposal. It is also possible to play online and create teams with up to four players to travel and accomplish missions. This slope has been very well designed, with quick matches and no falls. In addition, the notification system speeds up the joining process and makes the online experience the most attractive approach.

The video game also has special tests called Live Xtreme Series, which have a more dynamic and fun style. Here we will change between different vehicles, enjoying a more careful design and small narrative elements that provide some context. The downside is that they are too few and we can only run them alone, so we would have liked to have more tests and the option to play them online with our friends. Finally, there are hundreds of challenges scattered throughout the map, such as reaching a maximum speed when passing through a radar, escaping from an area or performing a slalom.

The Crew 2 has a very successful progression system since we will be getting money and followers when completing the different tests. Thanks to the money we will buy vehicles and personalization elements, while followers are indispensable to unlock new disciplines. In addition, it is also possible to acquire CC (Crew Coin) paying with real money, an economic injection that can be very useful to buy vehicles and all kinds of aesthetic objects. However, there is no need to worry, since the progress has been well measured and, although micropayments can speed up the experience, the truth is that the rewards are generous. 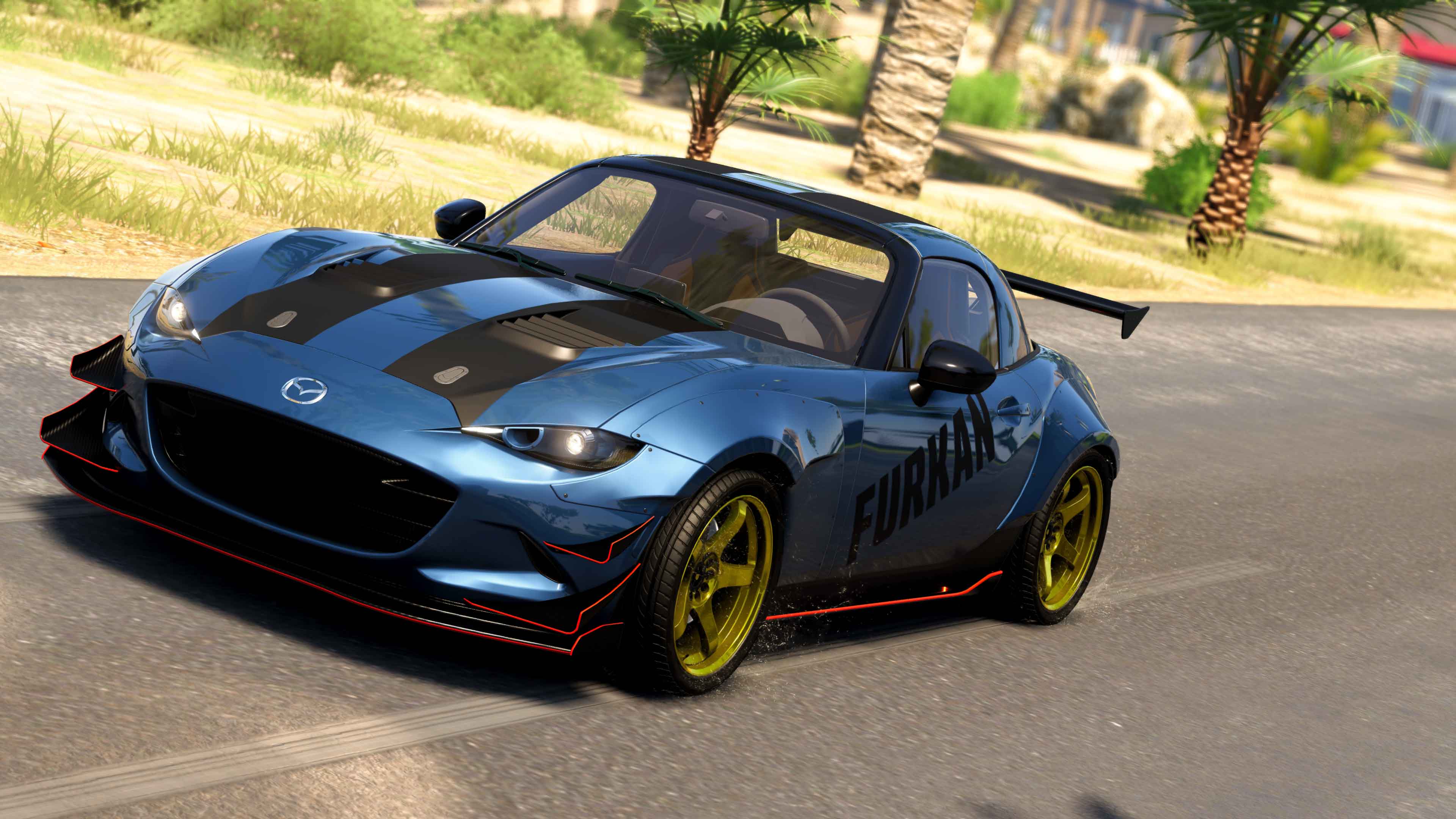 The most striking element of the progression is the system of prizes that, in the purest RPG style, gives us objects of different oddities (green, blue and pink) that we will use to improve the performance of vehicles in aspects such as brakes, engine or, for example, tires. Thanks to these optimizations the level of the vehicle increases and its benefits increase, being the key element of the progression when we begin to compete in the icon fame levels.

The title has more than 250 vehicles of 50 real brands, some as prestigious as Harley Davidson, McLaren, Porsche or Ferrari. All of them have been recreated with an enormous audiovisual fidelity and offer a performance adapted to their characteristics. There is also the option to change your visual appearance with new designs and pieces. To this end, a powerful editor has been included, which can later upload or download all types of designs. 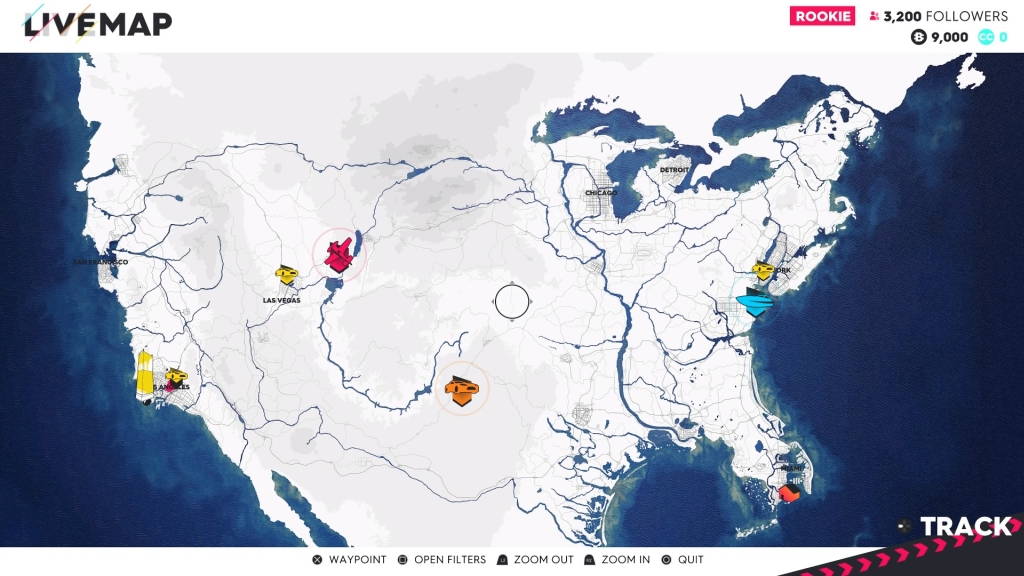 All the routes have been built taking small parts of the vast open world, so, although in general lines the designs are balanced, we also find less inspired and too generic clues, as well as certain problems when interacting with environments and bad signage. In this recreation of the United States, there is a great variety of ecosystems (forests, deserts, beaches, wetlands, cities …), detailed day/night cycles and climatic changes such as rain or fog, which guarantees a varied experience. 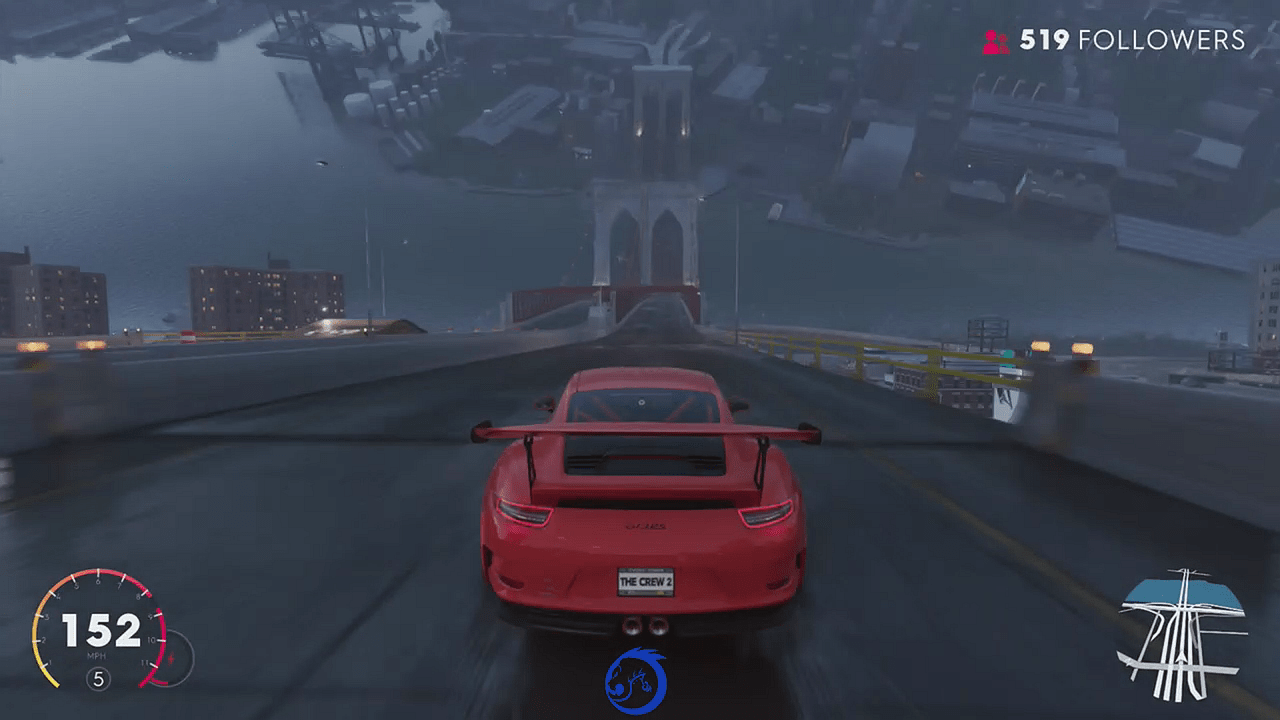 The negative part is that the open world is quite empty and has a very irregular visual finish, with surprisingly well-recreated areas and others that are too simple. The cinematics are not up to scratch, with very basic animations and a television approach with little charisma. There are also obvious problems with the drawn distance, although the biggest playable ballast is that in Xbox One and PlayStation 4 the title works at 30 images per second, going up to 60 in the PC version. Finally,  a remarkable soundtrack with well-known songs by groups like Bonobo or The Black Keys. 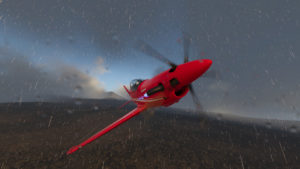 The Crew 2 has polished the gameplay and offers a very fun arcade driving experience. The great novelty is to have different types of tests by land, sea and air, as well as the possibility of changing vehicles in real time, factors that have made the video game much more varied. We also have a huge open world full of competitions, several ecosystems, well-known cities and meteorological changes, being able to move using the fast trip or the real displacement, a last option that unfortunately ends up being very tedious due to the absence of additional challenges.

The inclusion of the four families (each specialized in several disciplines) has been a true success, although the narrative has little charisma and not all racing modes are equally interesting. The obsession to create a lot of content has also had repercussions at a playable level, with somewhat generic tests and little care. For its part, the online side with up to four players becomes the best way to play, although it seems inexplicable that a permanent connection to the internet is required to enjoy it alone. Despite this, The Crew 2 is a remarkable arcade driving title that’s introducing new approaches and it has set it up very well.

We have done this review on PS4 Pro with a digital download code provided by Ubisoft.

Ghostwire: Tokyo confirms its release for March 25 on PS5 and PC
February 2, 2022