One of the best JRPG in recent years returns as an adaptation for Switch with all its quality.

Wii U may not be the commercial success that Nintendo expected, but if there is something that nobody can deny is that its catalogue had a good number of exclusives that deserved much more attention from the public. Luckily, many of these games are receiving a second chance on Switch, and this week is Tokyo Mirage Sessions #FE, one of the most fantastic and fun JRPG of recent years, which comes to the Switch Library.

Tokyo Mirage Sessions #FE Encore is a fantastic JRPG developed by Atlus and Intelligent Systems that was born under the premise of performing a crossover between Shin Megami Tensei and Fire Emblem. The result, against all odds, was a game set in today’s Tokyo that told us the story of how a group of young idols, singers and actors face in the shadows a dangerous supernatural threat from another world, something for which they will have the help of the spirits of some of the greatest heroes of Fire Emblem.

Yes, the story is not precisely its strong point, and it is full of extremely Japanese and surreal moments that will not be liked by everyone. However, you can not deny that the characters are well developed and that the vision so critical and at the same time Hopeful that they give us from the Japanese entertainment industry we found it very interesting. Also, the final stretch is pure fan service for any fan of the veteran Intelligent Systems strategy series and gives us some unexpectedly memorable sequences.

Despite its so unique plot premise, the truth is that it is a relatively traditional role-playing game in which we will explore dungeons, fight in turns, level up our characters and undertake a good number of side missions. Its structure is very classic and revolves around history, so everything will be more or less familiar to you shortly after you come from other titles of the genre.

Here it should be noted that this title does almost everything quite well: the dungeons are well designed and have exclusive mechanics, there are optional plot plots with very juicy rewards and the progression and development system of our protagonists is addictive and very flexible, allowing us Learn skills, techniques and spells through the weapons we get. 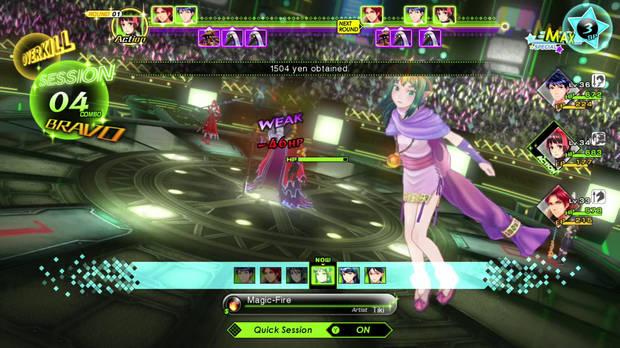 But where it really stands out is in its combat system, the best that the genre has given in years. As we say, the battles are in turns, and in them, we will have the typical elementary weaknesses and resistance of Shin Megami Tensei and the Fire Emblem weapon triangle. With this in mind, we must hit our enemies with attacks and magic to those who are vulnerable, since we will not only do more damage as well but also cause our characters to initiate a series of devastating chain attacks, something to which there are to add some dual movements that may appear randomly and allow us to restart the combo. In fact, there is also the possibility that our attacks sometimes become much more powerful and spectacular. 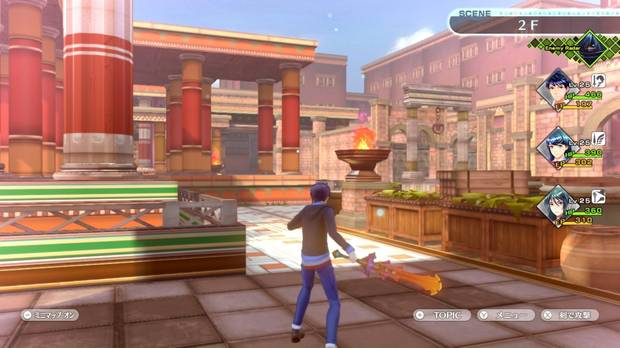 We have very strategic confrontations in which we have to make constant use of our entire repertoire of movements and in which we can change the active members of our group, allowing us to adapt our tactics to the flight. Fighting is hilarious and the fights against the bosses and mini-bosses know how to exploit all their mechanics to offer us memorable, unique and long battles, beyond the small variety of rivals that we will find along the adventure.

What’s new on the Switch version

Entering what are the exclusive novelties of this version, the first one that we would like to highlight is the inclusion of an option to accelerate the animations of the attack chains, something to which the possibility of omitting those of the movements must be added special. In Wii U a single turn could last us for several minutes in the last quarter of the game, so thanks to this totally optional addition, the pace of the fighting has been considerably accelerated. 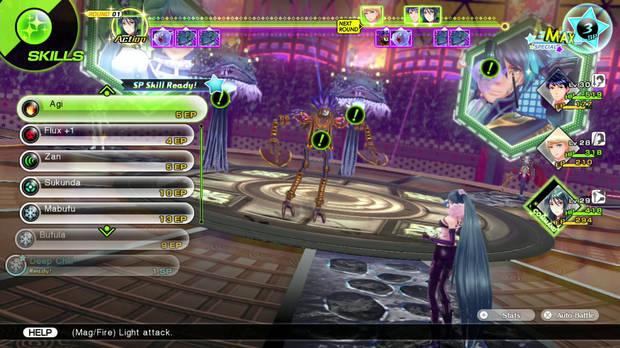 On the other hand, a new optional dungeon has also been included with its own story that, sincerely, has greatly disappointed us. It is not especially long and its design is extremely basic and simple, so it does not contribute much and it is quite far from the dungeons of the main story. Of course, we recommend exploring it thoroughly, since there you will find some really interesting and useful rewards. In another order of things, now it is also possible to recruit three non-playable characters to participate in the attack chains, new costumes have been added and there is a new video clip with an unpublished song that has left us somewhat indifferent.

Finally, it should be noted that we will have almost all the downloadable content from Wii U version, which we will be able to access more clothes and a series of dungeons dedicated to the pure and hard difficulty that shouldn’t be selected for your first run since it level up so fast in them that you can end up unbalancing the difficulty of the adventure. 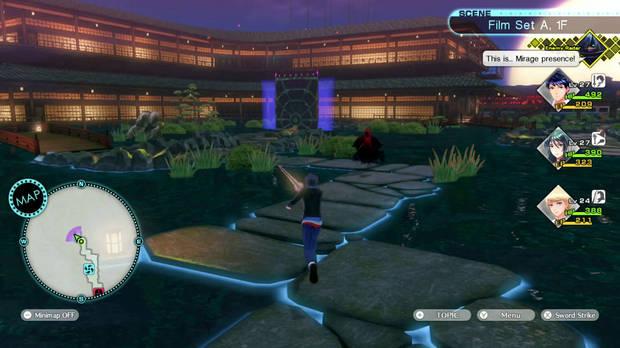 We have “almost all” downloadables and not all, it is because the censorship of the western edition has been maintained, which has prevented the inclusion of the DLC of the hot baths. Of course, this also implies modified suits so that they leave something more to the imagination, lowered dialogues, altered decorative elements, characters that are older, and so on. A pity that the occasion has not been used to, at least, be able to choose between the censored version and the Japanese original of Wii U (for some inexplicable reason Encore has also been censored in Japanese lands). Following this same line, we find that the texts remain only in English, thus reducing their ability to reach a wider audience in our country.

With regard to its graphics and sound section, this has hardly received improvements, yet this is a game with a beautiful artistic design and a visual style that many would like most, with a fantastic staging and animations and modelling for fighting as good as spectacular. Of course, the scenarios and the dungeons do feel somewhat plain. The good news is that on the handheld mode it looks and performs great, so if you intend to play it this way you will be glad to know that you will enjoy it as much or more than on the docked mode. 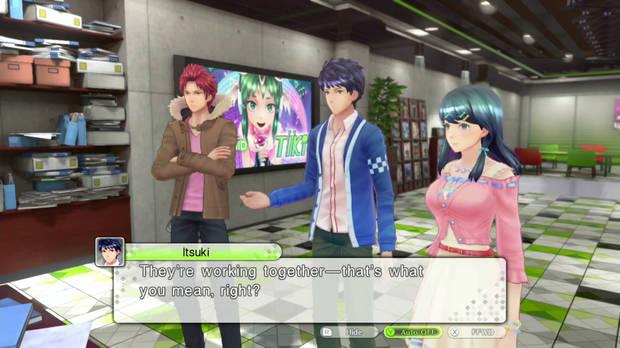 Finally, the soundtrack is very extensive and gives us numerous songs strongly influenced by the JPOP, as expected. The quality of the compositions is unquestionable and all the themes are very well chosen, perfectly setting our adventures and immersing ourselves fully in this world through its music. And watch out here, since there are quite a few winks to Fire Emblem. For their part, the voices are only in Japanese and are the same actors who also sing, demonstrating the enormous work that has been invested in the sound section. 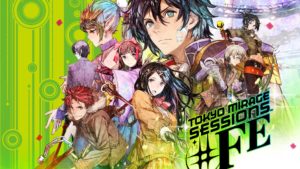 Tokyo Mirage Sessions #FE Encore was and continues to be a top-level JRPG that should not be missing from the collection of any fan of the genre. We do not mean that it is perfect or that it will be liked by everyone, but if you like its theme then you will find a game that has the usual quality seal of Atlus and Intelligent Systems, which say a lot already. The switch version doesn’t bring anything new and that it is a pity that this second opportunity has not been taken to translate it and eliminate its censorship, but still this is a highly recommended title with a lot to offer.

We prepared this review with a digital review code for the final version provided by Nintendo.

Dragon Quest Heroes: The World Tree’s Woe and the Blight Below Review
October 7, 2015