Elijah Woods' brand-new company Specter Vision takes the leap to video games with an adventure that has nothing too interesting to tell.

SpecterVision, a film company founded by Elijah Wood, Daniel Noah and Josh C. Waller, has decided to make the leap to video games with Ubisoft and has done so, also betting on virtual reality. Transference, his first game, is a step in the right direction, but we believe that there is still a long way to go. We tell you the reason.

Transference is a game of exploration and puzzles in the first person with a touch of terror, playable with virtual reality helmets, but also in a traditional way on the screen of our televisions or monitors. In it we discover the story of Raymond Hayes, a scientist who wanted to achieve eternal life through the digitalization of thoughts, thus being able to recreate and revive them with the right tools, creating a kind of digital consciousness. 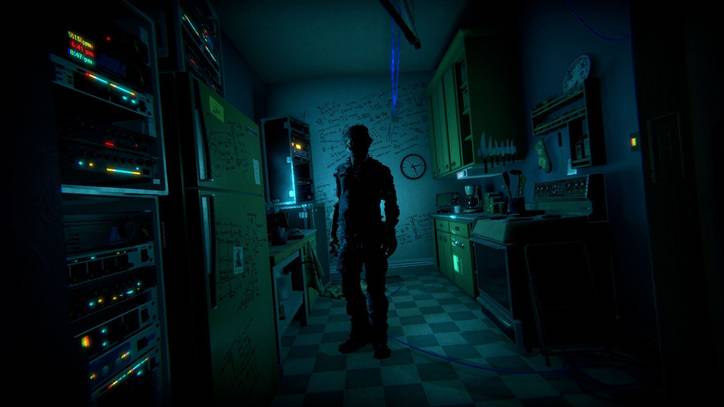 Needless to say, things were not as expected, and in the end, everything became a digital horror in which we, the players, submerged. The premise is great: to be able to explore different consciousnesses, to explore the same house from different perspectives and to decipher history by ourselves. The execution … not so much.

Transference offers us the gameplay of a puzzle game or a graphic adventure. We have scenarios full of objects, where some have narrative importance and others have playable importance. Locked in a house in the purest style PT (we believe, in fact, that even has a nod to the game of Kojima) we have to find out which of those objects are necessary to move forward and use them in the right place.

The novelty introduced in this mechanics is that objects are not always useful in the consciousness in which we find ourselves, and it is generally necessary to take the item in turn in one consciousness and use it in another, a change that we made with the switches of the light. This idea, which had great potential, is limited by the design of the puzzles. The vast majority of the time the puzzles are very basic, and the interaction with them and the scenario are very limited.

With some loose puzzles, we have as main incentive the story. And, well, the story is fine, but not good enough to carry the full weight of the game. It is well told, the division of consciousness works better than in the puzzles and the integration of real videos with the virtual world we liked, but it is not an unforgettable and unpredictable story that is capable of justifying the experience on its own. At least the atmosphere compensates.

Transference, as we say, is designed for virtual reality, but it can also be played without it. We believe that the decision to adapt it to the traditional gameplay came late in the development, something that has caused a somewhat crude implementation of the controls in both modes. For example, in virtual reality mode, you can not use motion controls, limiting interaction with the stage and, obviously, adding a barrier to immersion.

In any case, you can play well, only we believe that when creating virtual reality games it is important to take into account factors to make the experience more enjoyable. For example, we think that turning on oneself in virtual reality constantly in a game of free movement is one of the things that makes you dizzier, and here we have to do it all the time, as we are exploring a fairly narrow house. 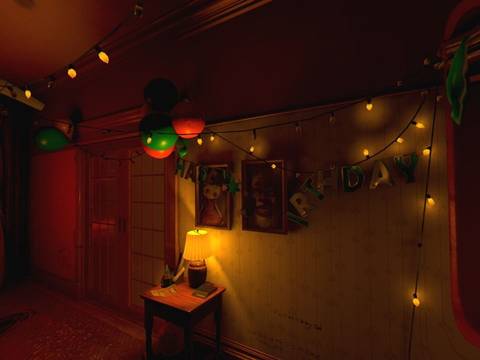 Not everything is bad, much less. The setting is very careful, full of details and symbols, and is able to create moments of great tension or very attractive visually. In fact, playing it without virtual reality makes it lose a lot since the exploration and those key sequences lose much of their impact.

The sound is also very careful, with effects that put us in tension and generate that constant feeling of restlessness in the house.

Good ideas that do not quite fit 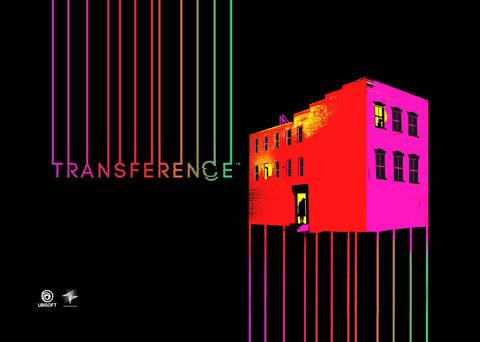 SpecterVision had very good ideas for this Transference, but the execution has a lot of room for improvement. Of the three pillars of experience -puzzles, history and settings, we believe that the only one that stands out is the setting, and that, although the story is not bad, it is not capable of sustaining the full weight of the game on its own. If we add that lasts about two or three hours (depending on what you lose), which is not very reputable and costs $24.99, we believe there are better options for both virtual reality and traditional screens.

Anyway, we have the feeling that SpecterVision and Ubisoft can do quite interesting things in the future. It is one of those titles in which you see the potential, and we hope that later they will learn from their mistakes and will continue releasing new titles. If you are interested in what you see of Transference, you will probably enjoy the experience, although it is a title that will surely leave you scared.

We have prepared this review on PS4 Pro and PlayStation VR with a download code provided by Ubisoft.

Gran Turismo 7 shows in depth all its possibilities in an extensive gameplay
February 2, 2022