Suda51 strikes back again with a title made for his fans, although it is a bit of a let down due to low budget.

It’s been nine years since Travis’s last adventure. No More Heroes 2: Desperate Struggle was, according to the own Suda51 – creator of the title – this title is not the end of our protagonist. While waiting for No More Heroes 3 to arrive, Grasshopper Manufacture offers us a spin-off that tells us how Travis is doing now, lost in a world of video games.

Travis Strikes Again: No More Heroes is a hack & slash spiced with multiple mini-games. The story takes place several years after the second part, and, for different reasons, Travis and Bad Man are absorbed by the Death Drive Mk II, a console for which six legendary games were developed. We are inside the games, and each one will offer us, different mechanics, to progress. 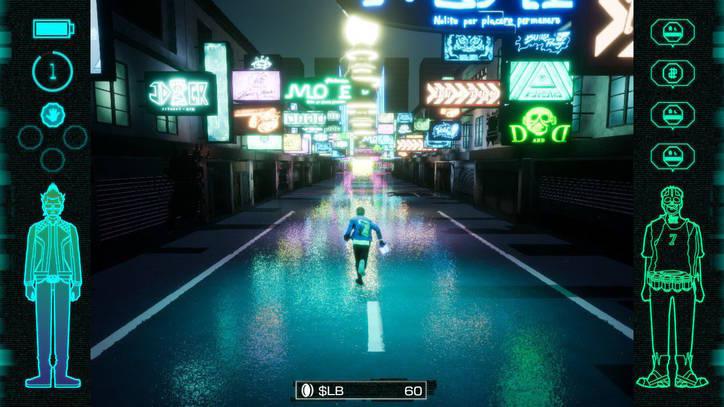 Despite what might seem at first, this title is mainly a hack & slash. Each of the Death Drive Mk II games adds some small novelty, but always around the main gameplay. For example, there is one in which, from a zenith perspective, we have to rotate the different parts of a small neighbourhood to make a path to the exit, but still fighting. There is another racing Tron where we have to fight to get parts for our motorcycle and then compete in races that last just a few seconds.

And, in general, it is a very, very simple game. The combat is hardly deep-so it gains something more in cooperative and difficult-and the mini-games are not much more complex either. It is very clear that the budget of Travis Strikes Again: No More Heroes has been very low, and one of its main problems has been trying to stretch the duration of the adventure without having money to do it. The result? A game with many ups and downs and that, many times feels unbearably repetitive. 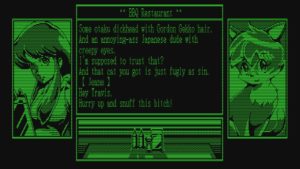 For example, the story is told in the style of a very old conversational adventure, with something more like the Metal Gear codec style than anything else. There are sequences that are ten minutes of text with hardly any animations, without any interaction on the part of the player and that, as much as you care about the story, they end up becoming tedious in a hack & slash. At least they are full of humour and winks to the previous installments of No More Heroes, as well as the world of video games in general.

To give you an idea of what awaits you, we detail the mini-games included in Travis Strikes Again: No More Heroes.

The first game It’s basically a hack & slash with a little platform and some mini puzzles very, very simple. 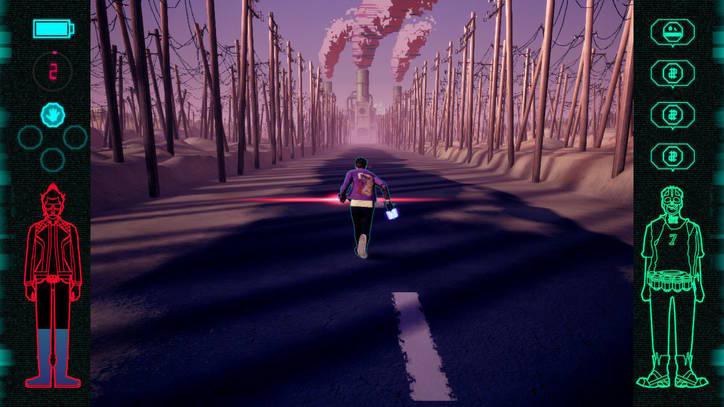 We started in a neighbourhood whose streets we have to “order” by hitting some icons in order to make our way to the mansion, all while being attacked by rivals and pursued by a giant head. Once in it, touch eliminate all enemies. 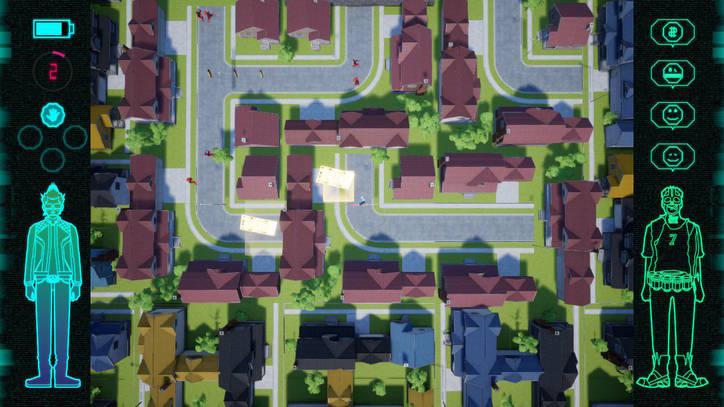 We have to explore a mansion to find doors that lead us to scenarios in which we have to fight and platter a little to find coffee and donuts for dying characters. 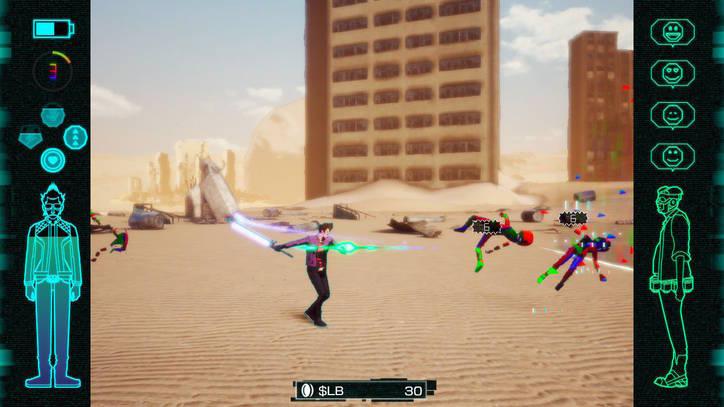 Here we have motorcycle acceleration races in true Tron style. We do not have to do much more than change gears at the right time with a small minigame and use the turbo at the right time. Between race and race, you have to fight in a dōjō to get pieces for the bike. 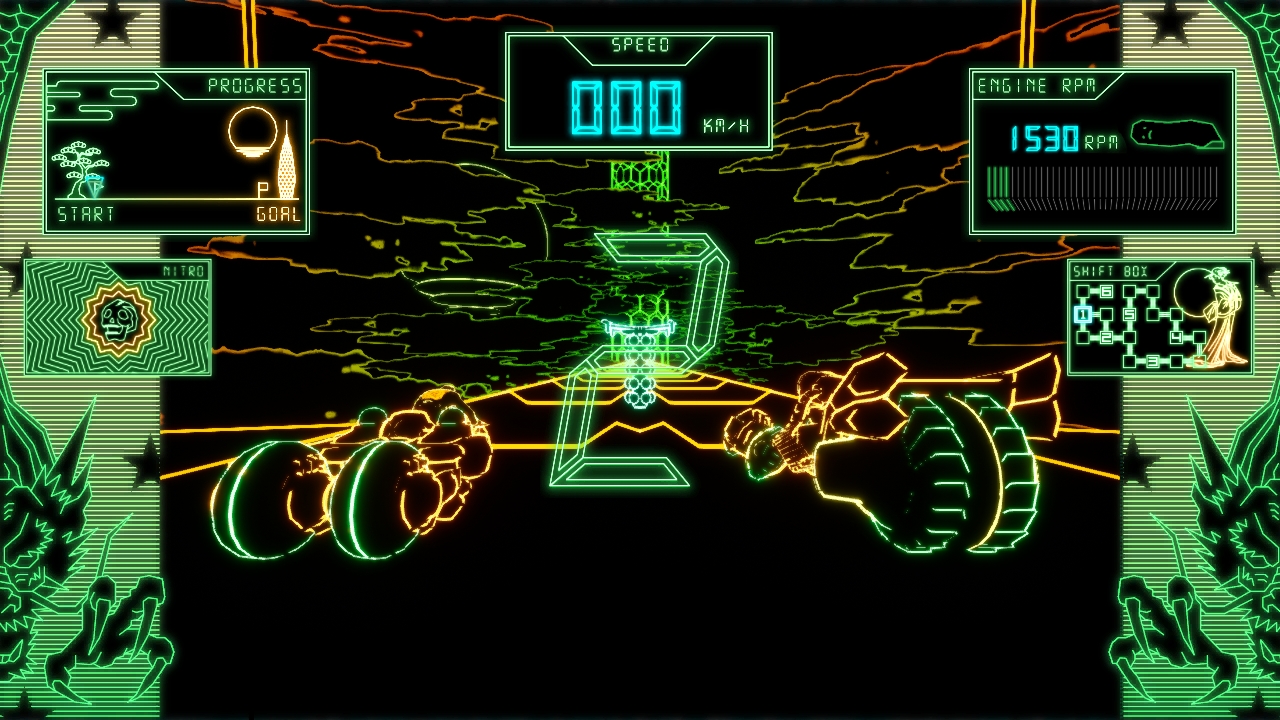 A minigame in development (?) With several phases in the Asteroids-style. 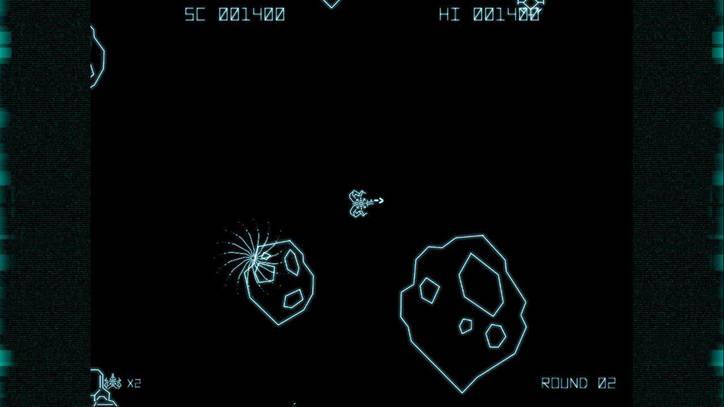 Neither we want nor can we talk about this minigame, but it is, for us, the best of Travis Strikes Again: No More Heroes by far.

Completing the game in difficult has taken us about nine hours, especially since the final level is quite, quite complicated, and we had to repeat it several times. We recommend you play hard and, lower the difficulty only it’s really necessary. We think that in general, combat is more enjoyable, and you can change the difficulty at any time, so there is no problem. 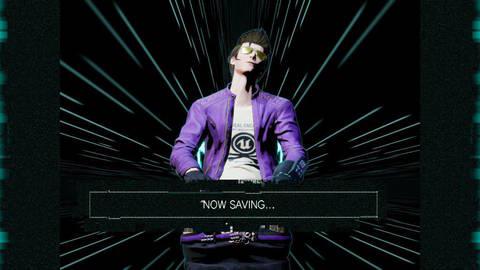 In addition, it is reasonably repeatable. The scenarios have some secrets, ranging from whole areas to points where we have to do a trick (of the lifelong, pressing buttons, and found in a game magazine) to unlock something. Apart, of course, we can play it alone or cooperatively. TIn the cooperative mode is just pure fun, but it has a huge problem with the camera, unable to follow the two players.

In the audiovisual, it is also a game full of ups and downs. Visually it is not anything special, although it works generally very well, at 60 images per second and it is controlled very well. The artistic design is at a very high level, and it has some great moments. The soundtrack also falls in the same bag: some melodies are great, and other terribly repetitive and that end up getting annoying. 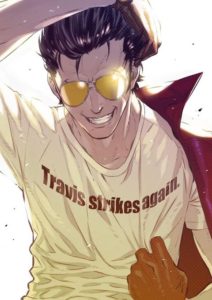 Travis Strikes Again: No More Heroes is a game of contrasts. It is very clear what the core problem is: they have tried to make a ten-hour game with the budget of one of five, and the result is a title that does not go into depth in everything that should and with some very, very repetitive or tedious moments. This can not tarnish all the things it does well, as it splurges personality, and has some spectacular moments and surprises.

This is, above all, a game from Suda51 and No More Heroes made especially for fans of Suda51. As much as we enjoyed it as a fan, but we are also aware of its shortcomings. If you are not interested in the author, or the series, then there are better options available on your Switch … at least, until No More Heroes 3 arrives.

We have prepared this review on a Nintendo Switch with a download code provided by Nintendo.

WarioWare: Get It Together! Review
September 8, 2021