Since the spells had dissipated and magics ran out for Evertonian witches, nothing better than grab a gun and shoot every monster that threatens the kingdom. If you want to enjoy an alternative world, where the enemy’s blood colours the setting, then you shouldn’t sleep on Trigger Witch.

Trigger Witch is a twin-stick shooter that inspires directly from the classic 16-bit games. The most direct reference, without a doubt, is marked by Zelda: A Link to the Past. Not only for the visual style but its dungeon system and the world of Evertoniania are also heavily inspired by it. 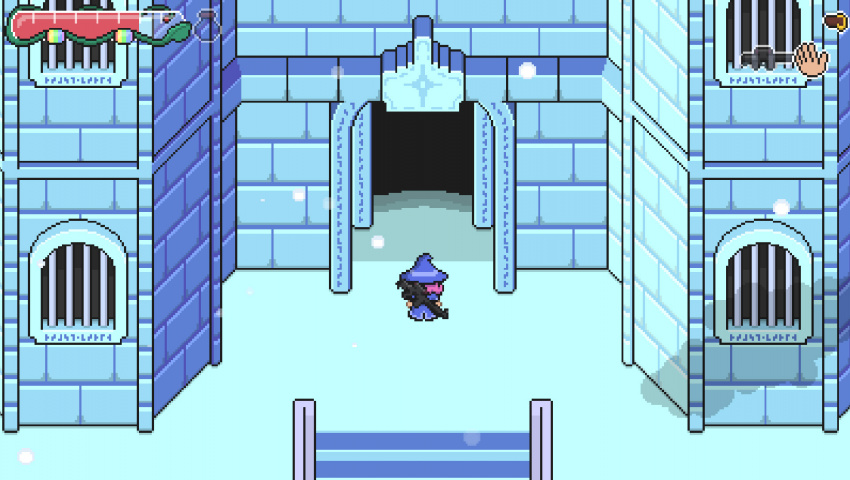 Of course, unlike the Nintendo game, we have all kinds of firearms with infinite bullets instead of a sword. In addition, to make it easier for us to escape from so many attacks from the rival, we will have a dash that will make us invincible while we are using it. A beneficial aid that can help you to dodge incoming attacks from the enemy.

We control Colette, a witch novice in the art of weapons. Despite being in the guild for a short time, she is involved in a special mission where she will have to hunt down a mysterious man who seems to control magic at will. With this premise, we will begin our research by touring the world of Evertonia, helping anyone who needs our help and exploring improvements that make us more powerful. Our central base of operations will be Ozryn, the town that has seen us grow. From here, we will go through the different locations and dungeons that make up the kingdom. The good thing about having this rest area is that we can improve our health and our weapons (very important if we want to continue on the right foot in the adventure). It’s not a joke; despite its childish style, the game is quite demanding, and we will have to fine-tune both our skill and our statistics obtained so as not to bite the dust. To quote Zelda again, there is no painstaking exploration and strange places to get lost here in Witch Trigger. There are some other secrets, but easily accessible. Dungeons are not a handicap in terms of puzzles, but mostly we will have to shoot reflections to eliminate groups of enemies that safeguard a particular room. Include more action in pursuit of the puzzles (watch out, there are). We have to cut out all the weapons that we are getting. It may seem that bursting tireless hordes of enemies with infinite bullets can be repetitive. Still, thanks to the different weapons and locations (each with its own peculiar characteristics), everything becomes much more entertaining. 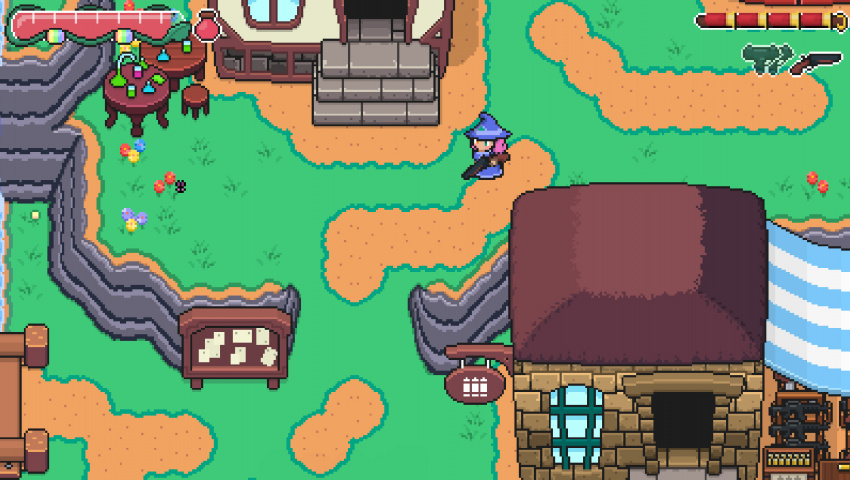 Assault rifles, flamethrowers, shotguns, Uzis, pistols, almost any weapon you could think of. And there is an option to co-op in local mode; the festival of bullets is non-stop. In the end, it is still a direct proposal where to burst a thousand enemies, with an aesthetic that is out of the ordinary for this type of game. But its humour, playable mechanics (which vary depending on the situation), and adjusted difficulty make it very entertaining from start to finish. 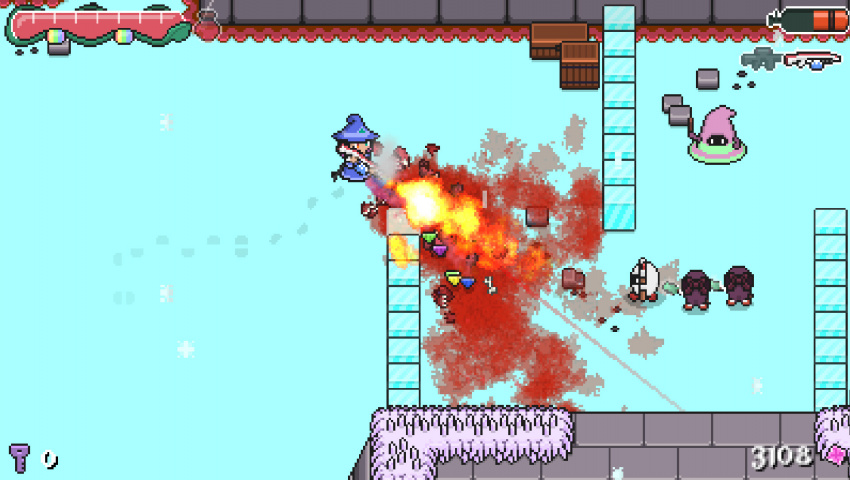 Witches with submachine guns Can anyone ask for more? This particular twin-stick shooter mixes cute sprites from the 16-bit era with classic game mechanics that work great today. Apart from ending the life of all that enemy that appears on the screen, we will have to solve the odd puzzle housed in the dungeons that we will visit. 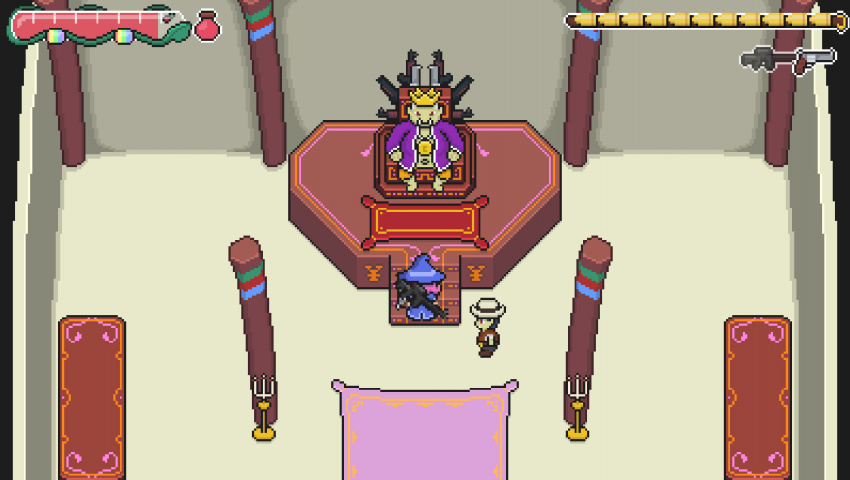 The title of Eastasiasoft Limited and Rainbite is not easy, and it is better to prepare well if we do not want to end up like a sieve. To do this, we will have to increase the statistics of our character and improve the weapons that we get. If we still find it difficult to move forward, we can always count on the help of another little witch, thanks to the local cooperative.