Finally, everything indicates that Capcom intends to support Switch from the beginning. Unfortunately, WiiU wasn’t lucky enough to get the same treatment. And here we are getting out first Capcom title on Switch; Ultra Street Fighter II: The Final Challengers, a new version of the classic Super Street Fighter II: The New Challengers that has a huge amount of player base from all ages.


This is not a brand new game in the series but a remastered version of the great Super Street Fighter II Turbo HD Remix that we enjoyed a few years ago in various formats. Gladly, several innovations have been integrated to this title, that is quite good and an improved experience.

It is a 2D arcade fighting game, where one fighter goes against series of the most powerful warriors around the world to become the best, here we have 19 characters to pick from. 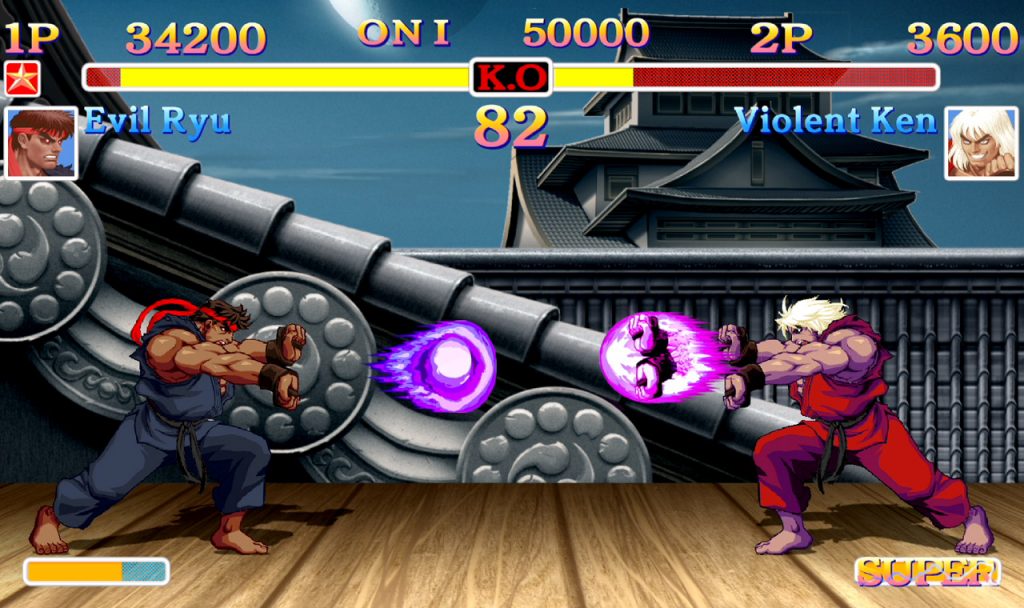 Evil Ryu is the devilish version of Ryu, one that has been dominated by the power generated by Hado; While Violent Ken is the version of Ken possessed by a machine that is created by the Shadaloo organization. 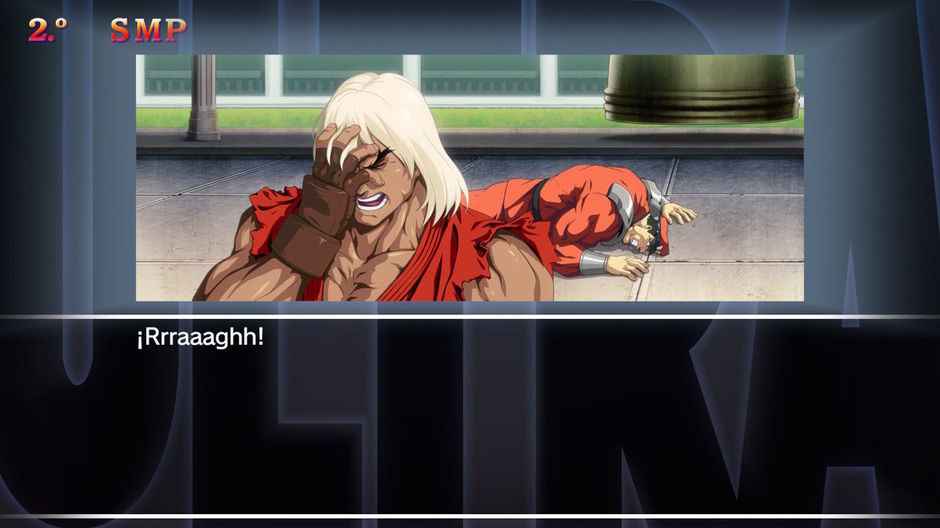 The most interesting addition to this version exclusive for Switch is the new Way of the Hado mode. In this mode, we must control Ryu from an FPS perspective and eliminate the rivals that appear on the screen. And to defeat them, we can only perform the special movements typical to Ryu such as; Hadoken, Shoryuken and Tatsumaki Senpukyaku by using Joy-Con motion sensors by holding them individually and separate from the console, one in each hand,

To carry out each of these attacks it is necessary to execute a specific gesture, such as carrying both hands forward and finishing the maneuver with the Joy-Con held horizontally, one on top of another, like how Ryu throws the Hadoken. Well, the problem is that the detection is not accurate and anything less reliable, since many times game doesn’t register our gesture and perform our attack, and other times it register our attack something different then what we trying to execute … this mode needs an update cause in its current state it is a mess and not fun to play. 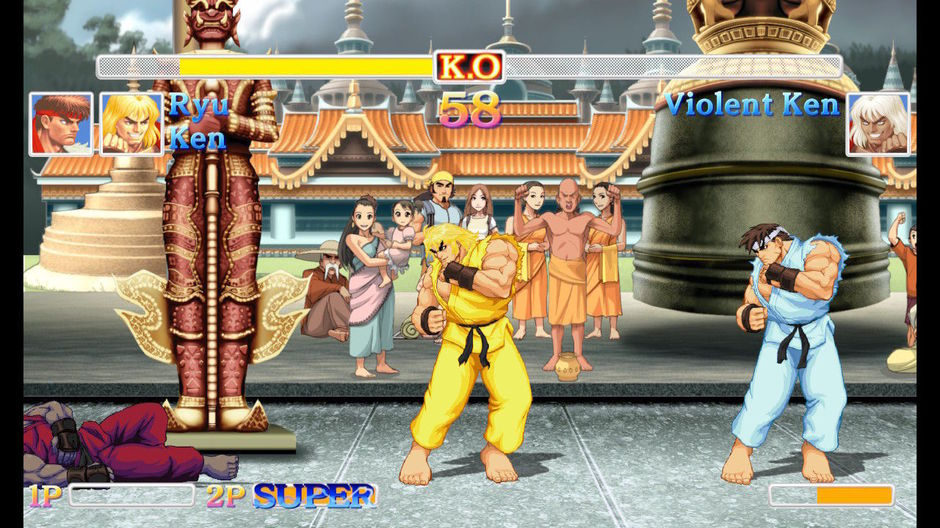 Another new mode is called Buddy Battle but even this hasn’t convinced us. Due to its limitation to only four rounds (and always repeats the same pattern of enemies) and that’s it. Another missed opportunity because it is a rather interesting option since it allows us to fight as a team either with another player or with an AI controlled character. Although it is fun while it lasts, but it stays very short. 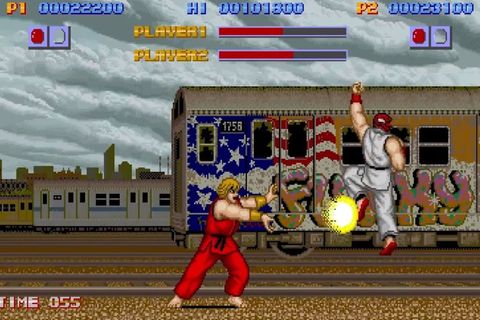 Fortunately, the rest of improvements and minor touches that also presents this edition are much more appeal to fans. You can change the color of the characters, despite its simplicity, gives enough customization. Obviously, it is not comparable to the customization options available in the most recent fighting games, like Injustice 2 the most representative example of this.

Then we have the addition of HD graphics and stylized visuals, we have the option of playing the game with classic scanlines graphics or modern HD graphics (made by UDON) as well as we can enjoy the classic voices or remastered. And they added a Gallery mode, which gives us hundreds of illustrations from the book Street Fighter Artworks: Supremacy.

Is it a bad game? Quite the opposite. Street Fighter designed so long ago, at least as far as its main game system, control, and basic structure is concerned. It remains one of the best 2D fighting game, and getting into each of the matches is a real delight for all those who enjoy this genre.

The roster of characters is tremendously balanced and anyone who knows how to handle a particular fighter has all the possibilities of the world to defeat their rivals. The artwork and design of the fighters are light years away from the vast majority of characters found in other similar franchises. 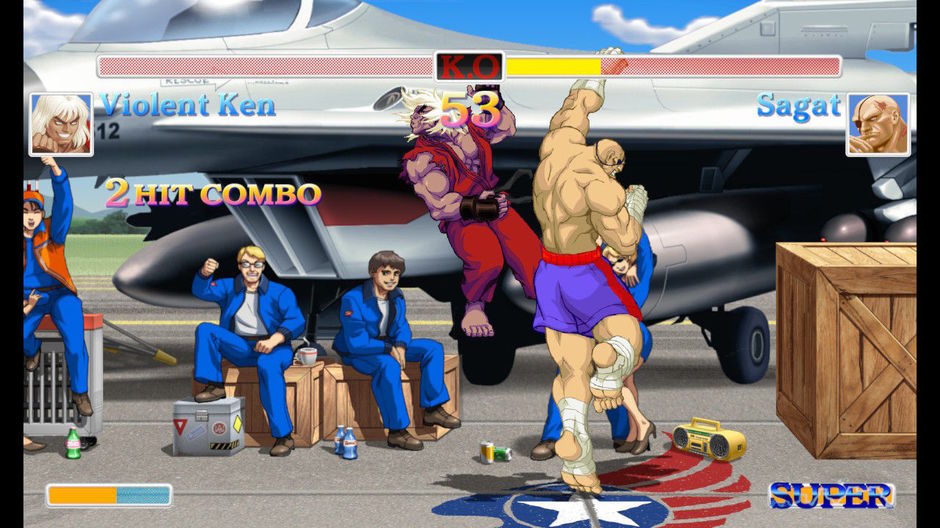 A separate mention deserves its control. If you have a Pro controller, you will enjoy the controls, the best way to experience. Although, if you do not have the Pro controller and you are only going to play using the Joy-Con the experience changes a lot. 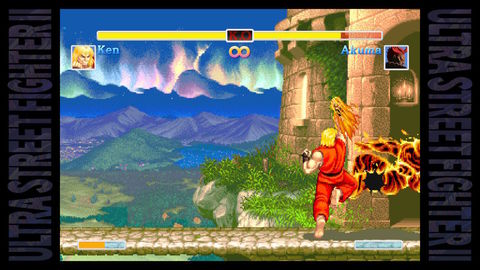 Playing with the small directional buttons of the left Joy-Con is an exercise is a real pain. In fact, it is practically impossible to execute certain movements, as for example the Super of Zangief, that executes realizing two turns of 360º. If you can perform such movement easily by using such buttons, you can consider yourself an extremely skilled player. Gladly the left analog stick does provide a much more comfortable and reliable handling, but may not enough to satisfy the most expert players.

As for the controls, the game is based on the use of six main buttons, three punches plus three other kicks of different intensity, a scheme that despite being very old is still very good, full of possibilities and quite technical. A novice player has no chance to beat an advanced player through the classic “button mash”

As for the game modes, we have the classic Arcade mode. Where we must overcome twelve different matches to gain the right to witness the simple but functional final (static) scenes of each of the characters. It is possible to choose the difficulty level among eight options, including the challenging Legend. 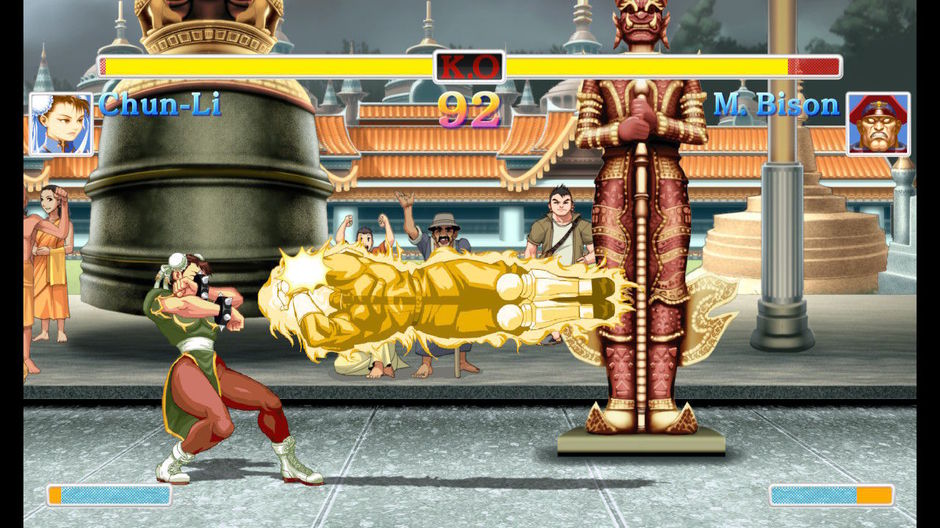 Then we have the Versus mode, an option that does not require too many explanations. It is the 1vs1, being able to choose to fight against another player (either on the same console or locally with two Switch), against the CPU. We also have the Training, option that allows us to practice our strokes and choose among a good range of behaviors for our sparring.

But without a doubt the most important of all is online, his option is divided into three clearly differentiated options, with Classifications being the first of them. In this case, it is possible to visualize the online ranking according to the Player Points (PP), Battle Points (BP)

While playing in ranked mode the users put their valuable points PP and BP (associated to the different wrestlers) and, for that same reason, in this case, the races are usually much harder than those experienced in the other mode, Combat Training, in which we only fight for fun. 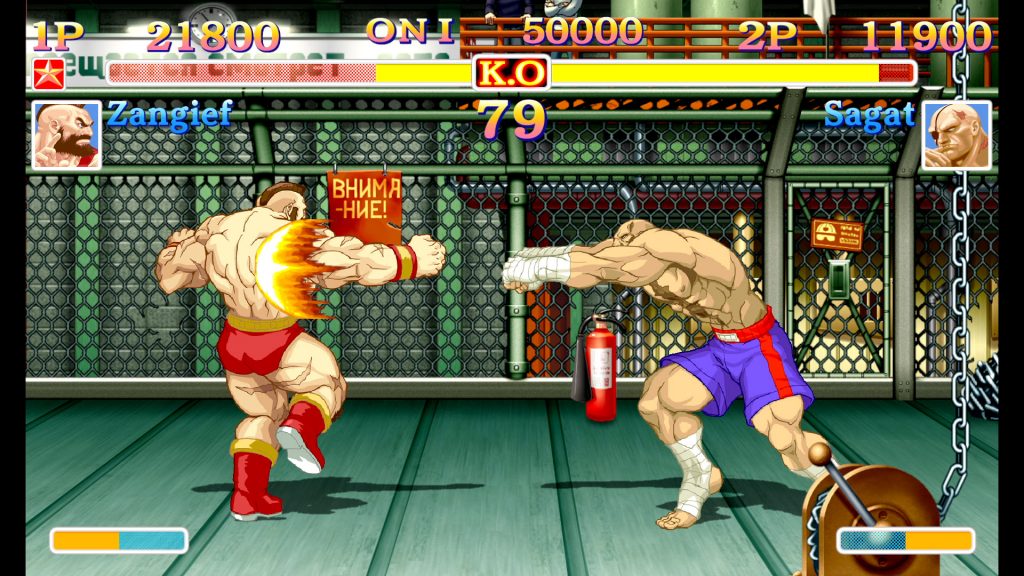 How does this online mode work in general? Well, the truth is that we have had the opportunity to experience a little bit of everything. Overall, we have been able to fight without any lag or other technical problems. But there were couple matches with small slowdown and pauses due to lag. Will this be fixed by patching or improving online services? Well, we hope so, but for now, this is what we can expect. 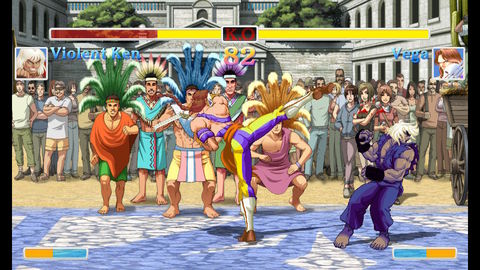 A great title, despite everything

We might expect more from this new edition for Switch; Capcom’s classic fighting game, but in spite of the disappointments, regarding the two new additional modes, Way of the Hado and Buddy Battle, it remains an excellent representative of its kind. Is it worth acquiring if you already have one of the previous editions, especially Super Street Fighter II Turbo: HD Remix.

We prepared this review using a code sent by Nintendo.