Gather your sniper squad and return the living-dead Nazi Zombies to their graves.

Rebellion has been delivering exclusively different scenarios of its popular Sniper Elite series for the last few years. Equally popular seems to be Zombie Army, born initially as a spin-off so without further due let’s check out what’s new title offers.

Zombie Army 4: Dead War is a third-person shooter that follows in the wake of many other titles developed by Rebellion, such as sniper Elite, Strange Brigade, and, of course, the previous installments of the series that will be reviewed today. Zombie Army can be enjoyed preferably with a group of friends, we team up to four snipers who have to end hordes of Nazi zombies before they end up eating our brains. With a story as surreal as you can imagine, we embark on an adventure along with eight extensive missions in which we cannot leave an undead alive. You get the picture. 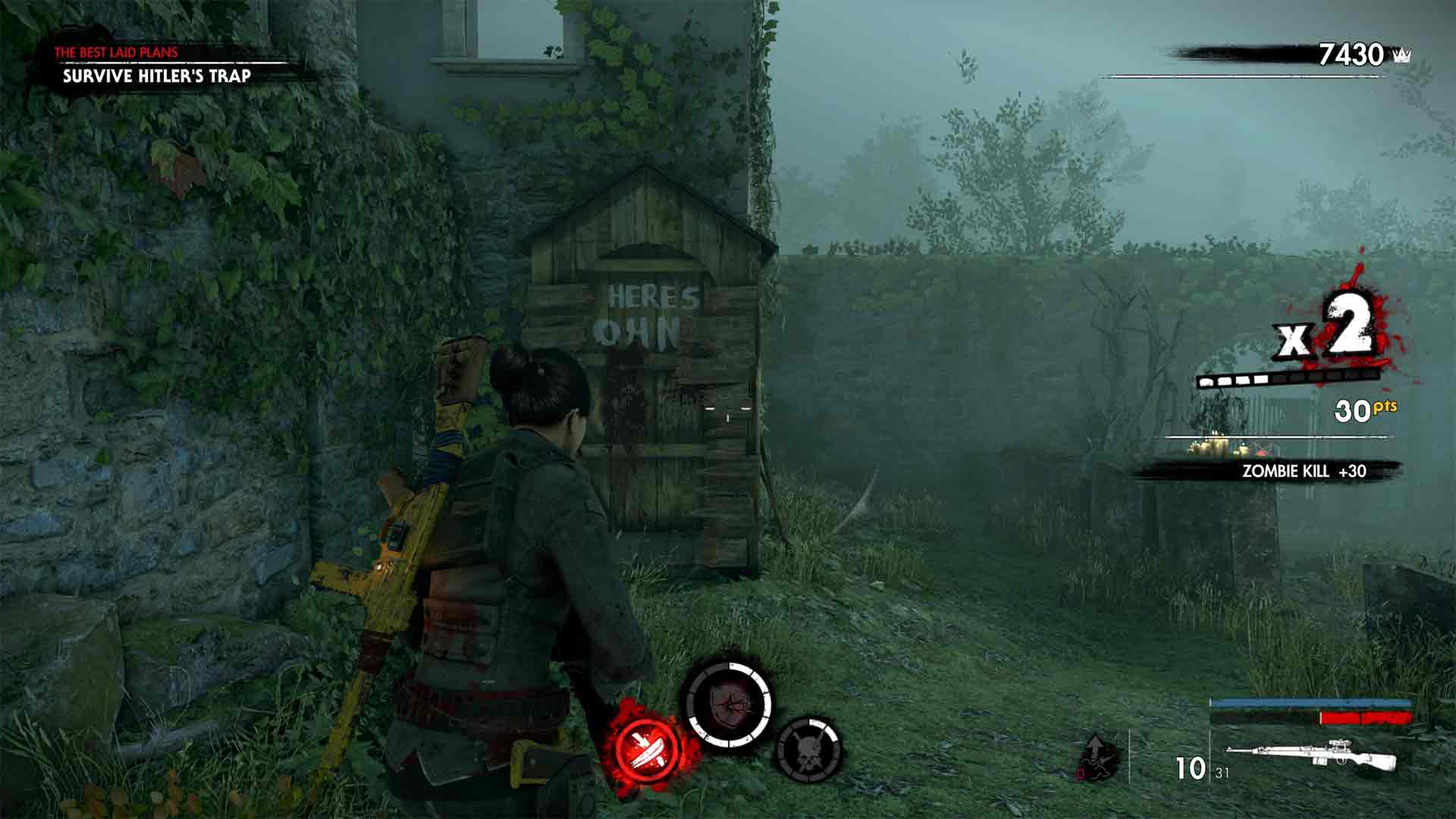 Anyone who has played one of the Rebellion previous games already knows what to expect. They are very traditional action titles, with a particular focus on sniper weapons (although there are other types) in which, in addition to shooting, we will find secrets and improvements scattered around the environment, side objectives such as transporting objects or defending certain areas, and battles against bosses or enemies stronger than usual. It is a title that knows how to measure its rhythm very well, offering us with certain regularity different types of challenges. For example, in the second mission, we will spend a large part of it on a boat touring the canals of Venice, which will put us in an entirely different situation compared to other missions. The design of scenarios and missions is also quite intelligent and will force us to work as a team to succeed. 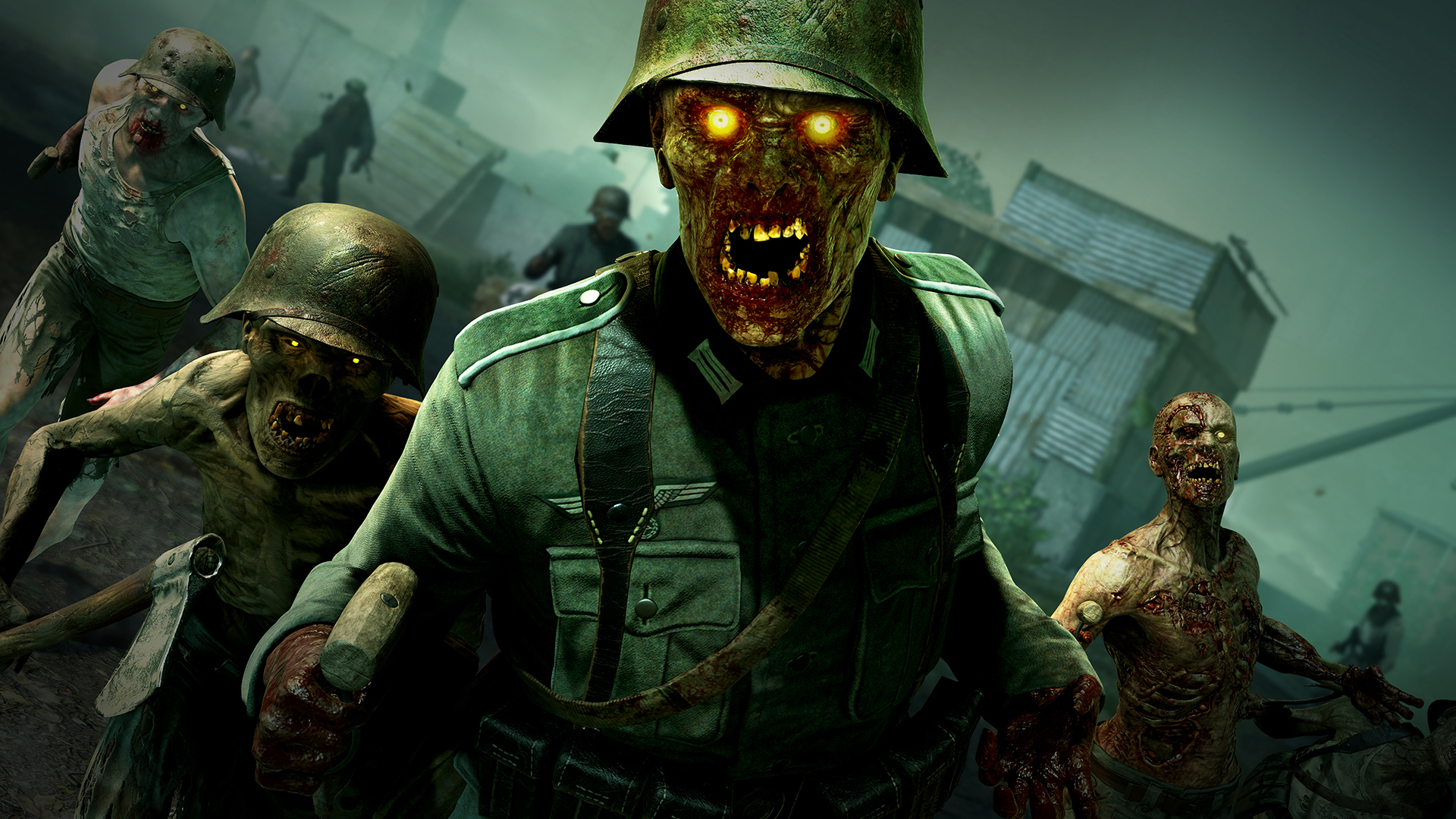 Some examples to illustrate what we mentioned: in a mission, we will have to carry a heavy object through flooded areas. Heavy objects only leave us a free hand, forcing us to use only the gun to defend ourselves, and this makes us particularly vulnerable. In flooded areas, also, we can not run, so it is practically essential that our team accompany us to defend ourselves while we take the object to the target. Another moment catches us on a bridge with enemies coming from both sides. The only solution is to set traps and place us back to back to repel the attack. These details are crucial since, considering that their mechanics are not particularly varied, it is the situations that have to offer that variety.

Apart from the campaign, we have the Horde mode, which, as you can imagine, confronts us with hordes of enemies of increasing difficulty. There is not much to tell about this mode, beyond that it is an ideal addition to take a break from the campaign or to continue playing once the story is completed. 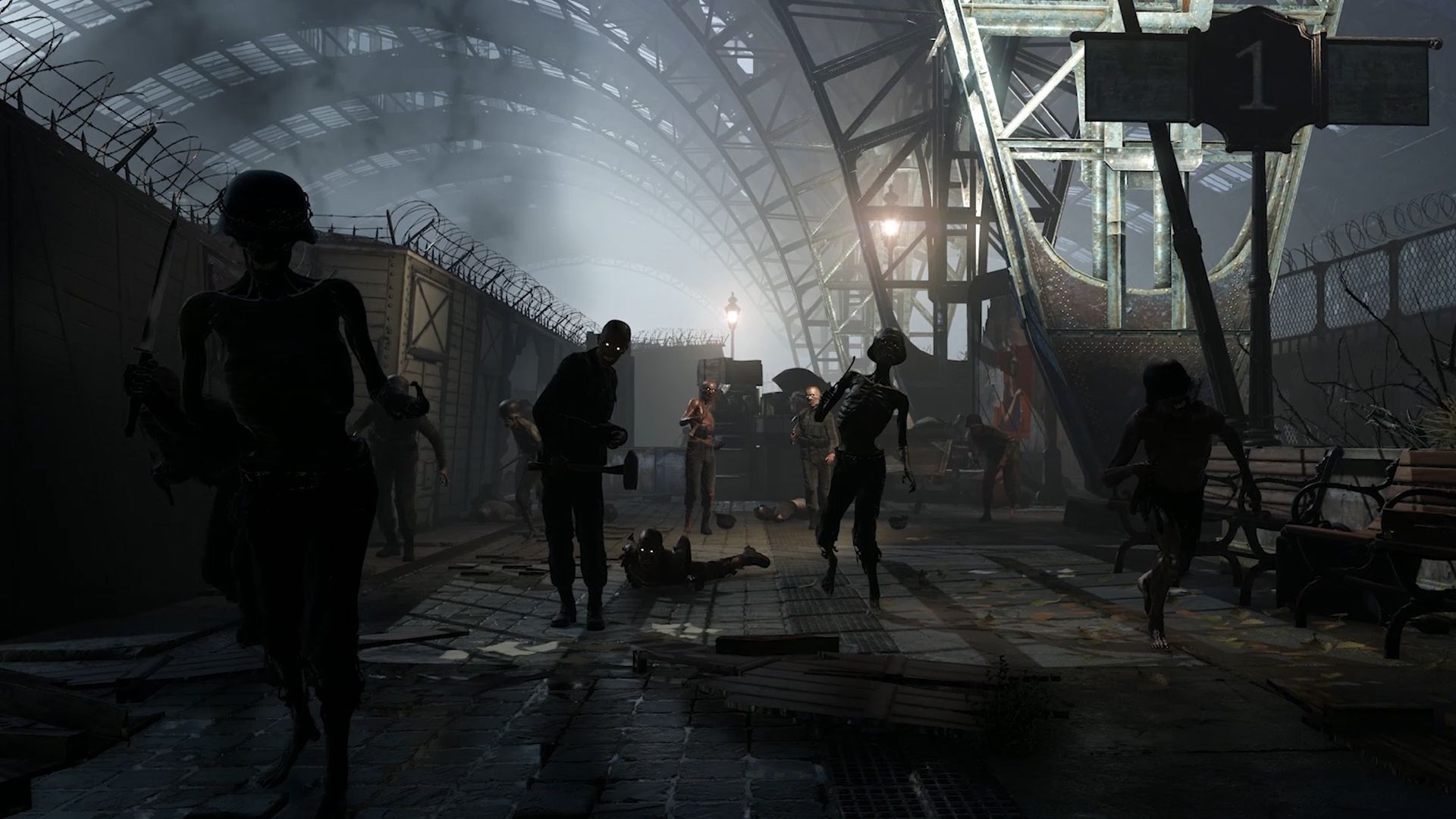 There is a layer of customization included in all modes. We have a system of levels and unlocks that allow us to achieve improvements for both weapons and advantages and skills for our characters, thus being able to define different roles within the team. Of course, there is no shortage of dancing, gestures and other ways of expressing oneself already typical of almost any multiplayer game through the internet. It is a complete game, with a campaign that can quickly leave at noon, and which, judging by the menus and content already announced, will continue to expand with paid content for those who are left wanting more. And we would not be surprised if there are players who are left wanting more; We had a great time — playing with a team of four we have had some good games, full of action and fun. Playing alone is quite enjoyable, but like most games focused on the cooperative, it shines particularly with a complete team. 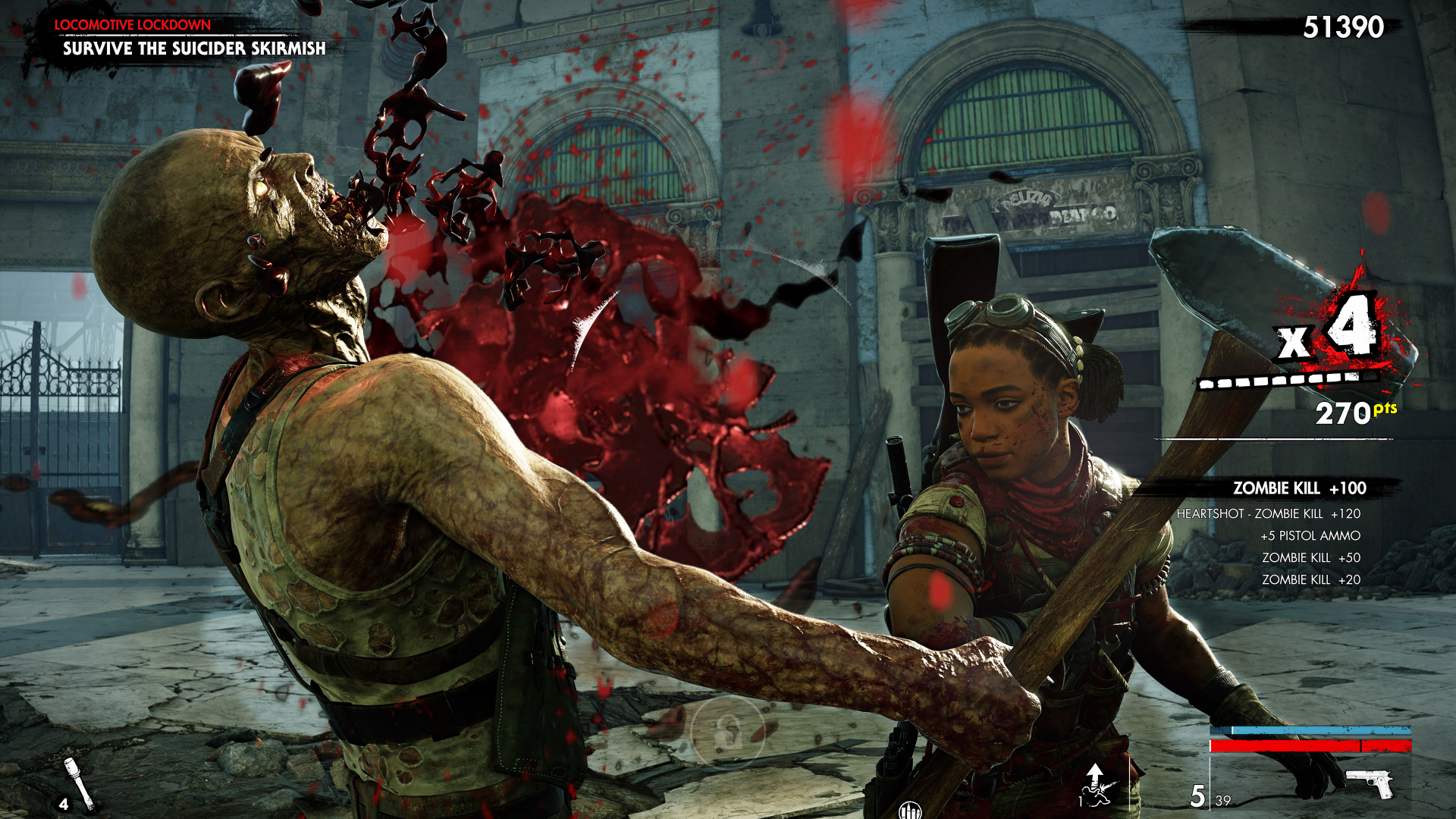 Rebellion games are not titles of an excessive budget but still manage to look pretty good. It is, in general, proper use of artistic design, which leads to creating engaging scenarios, even reusing many assets. It is a gray and dark game and, for that reason, it manages to make remarkable use of the HDR, giving a lot of force to the explosions and contrast to the not few areas where the light does not reflect. It has no options to adjust this technology, and we wonder if it will take the configuration at the system level, since, at least in our case, it seemed to be well configured. It also has some interesting details, such as the number of enemies that can be gathered on the screen, or always satisfactoryKillcam with which we can see (and our partners too) our best deaths. 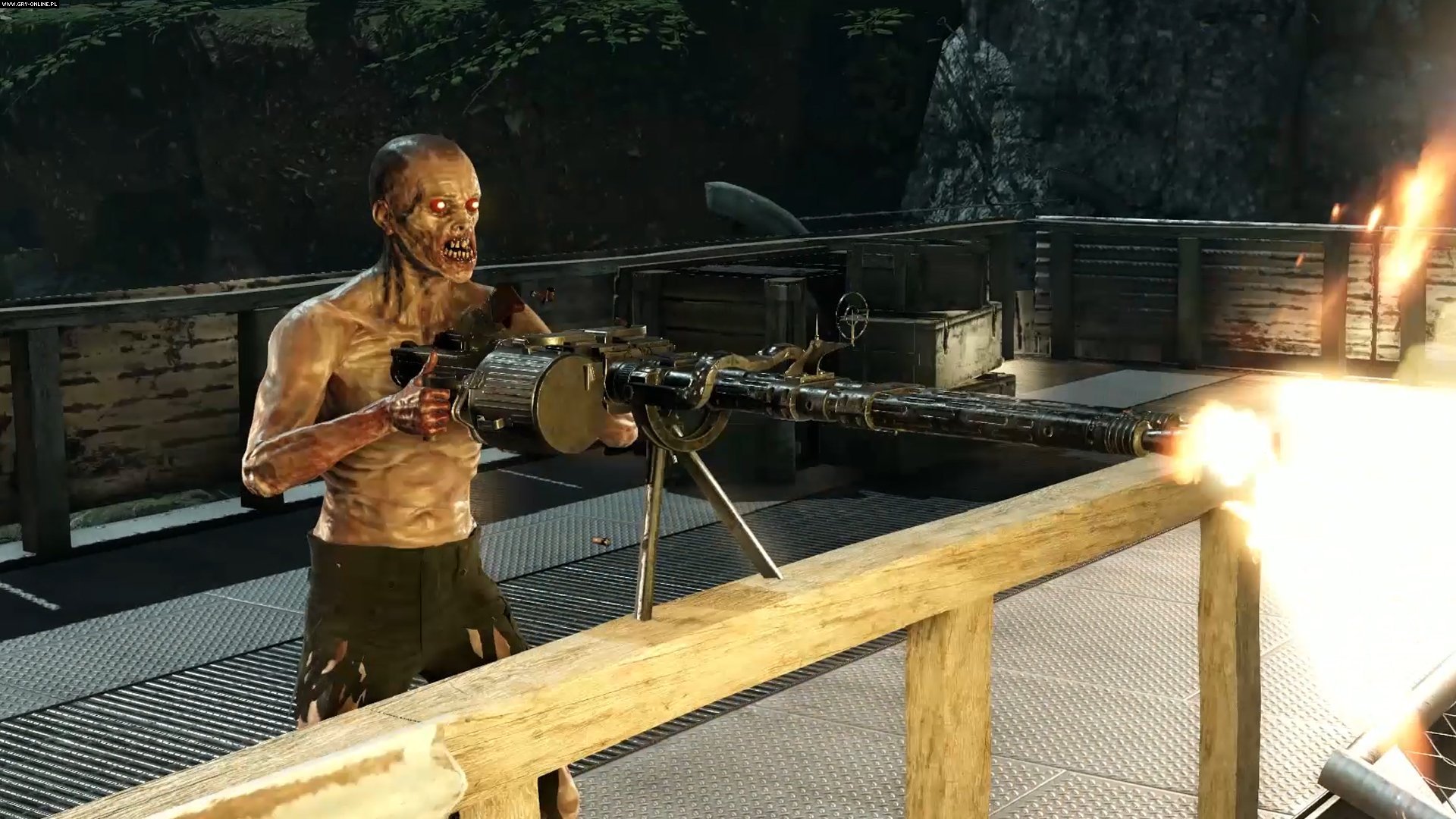 If you’re playing on PlayStation 4 Pro, it has two graphics modes, which as usual, are used to prioritize performance or graphics. In a title like this, where we will spend most of the time shooting, it makes sense to bet on 60 images per second, but even at 30, if you prefer better graphic quality, it is controlled and played perfectly well. The sound effects are well done, with a wide range of shots and guttural sounds that give life to our weapons and enemies. 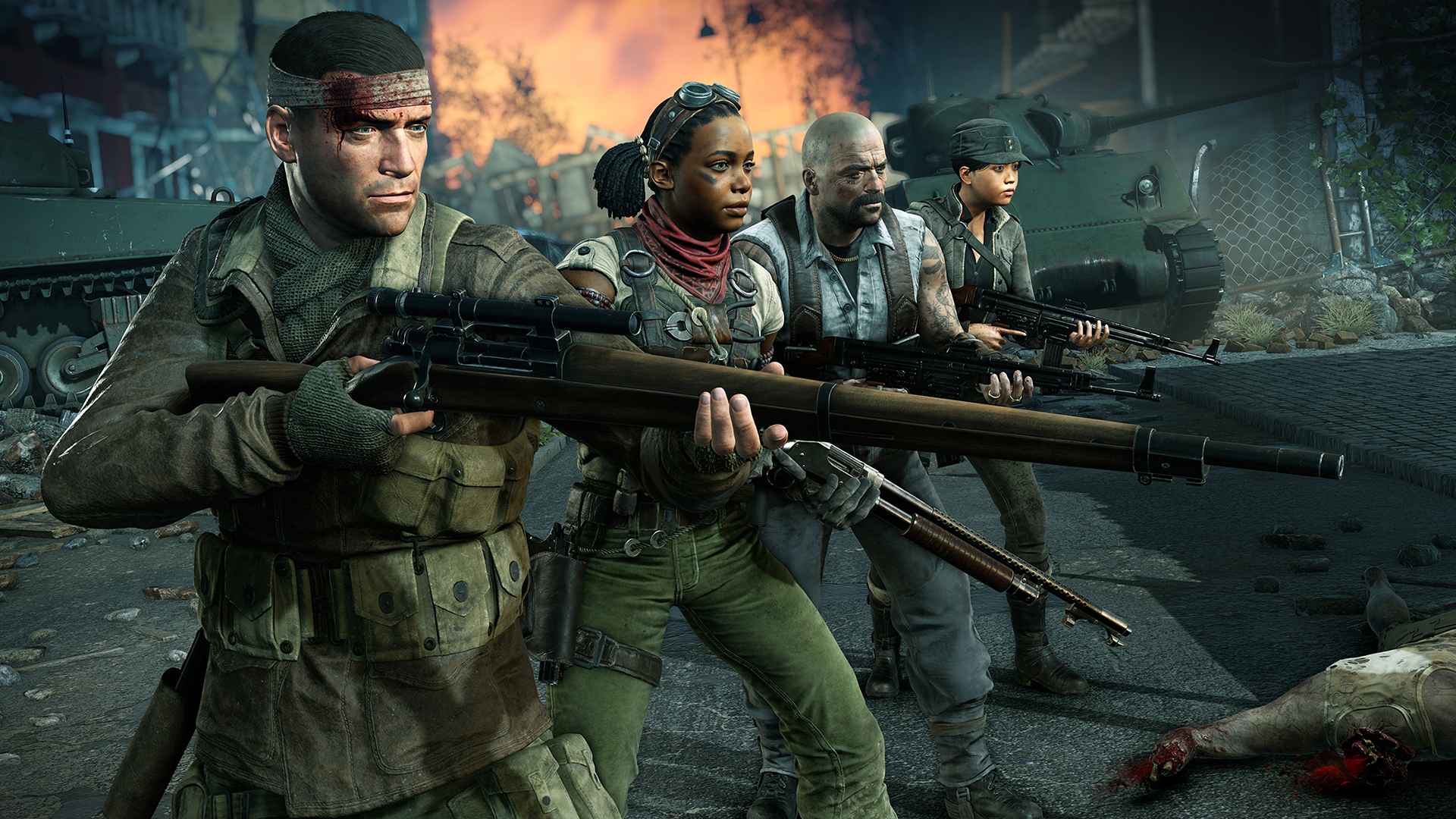 Zombie Army 4: Dead War is one of those titles without proposing a major delivery focusing on pure fun and having a great time with friends shooting anything moves.  It has a well-measured gameplay, polished throughout previous titles of the Sniper Elite and spin-offs, it is a very satisfying experience, especially when we take advantage of its mechanics based on sniper weapons. It has a reasonably reasonable duration, and Horde mode is virtually infinite gameplay. No revolution or novelty marks a before and after in the series, but if you can play a group of four friends and make a clean shot against every Nazi that moves, we think you are going to have a great time.

We have prepared this review with a digital code for the PS4 version of the game provided by Terminals.