Housemarque does again what they do best: a must for fans that love the arcade type of games with outstanding cooperative action.

Maps are open, and you can choose the best route to your target. A significant development regarding Dead Nation is that now your map is not linear. Instead, it progresses’ along a particular path of alleys, and each mission brings us to a point on the stage. The area is so significant that in each mission we only explored a portion of the maps, and still it will take you anywhere from 15 to 30 minutes. Each mission will have different goals set, where you go to inspect a terminal or destroy a hive of aliens to defeat a zone. Each mission usually consists of three or four tasks before calling the helicopter rescue.

The interface has an indicator that will show you the zone you will have to go to, but as mentioned, the design of the map is quite open, and you can pick the path that suits you most. When playing online, you might be forced to go paths that you generally wouldn’t, since the group determines the path to go, which can be refreshing, rather than taking the same route over and over. This makes the game extremely replayable. Also the fact that your way and gameplay changes drastically based on the character and mission plays a significant role.

There are many types of alien, each with its own characteristic to attack. You will have vehicles explode, and trucks are having their load collapse, which is quite interactive and refreshing. In Alienation, the core aliens do act like zombies that will attack you as a mass, not with a real strategy behind it. This will make it easy to take the down like a bunch, but be careful when you run out of ammo. You will be able to take care of the teleportation option to escape at times. You will also face a swarm of mutant battles and jellyfish type of aliens that will try to surround you. These are just examples of the variety provided by the game. 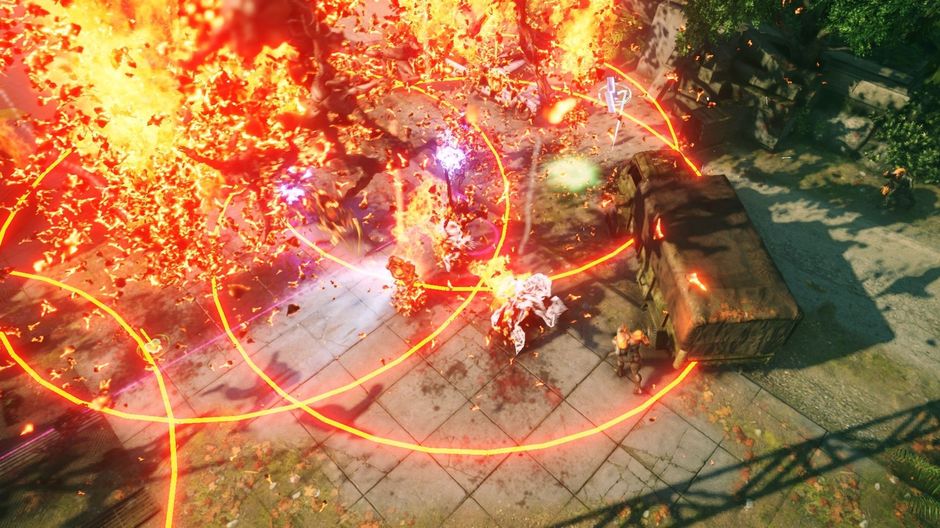 We found that the enemy ships do include traps and some of the toughest aliens that you will face in the game. Weapons and equipment will fall from the enemies, which you can use to improve. Comparing it to Dead Nation, you had to purchase them at the shops. When repeating repeat the same mission, you can get acquire a rare weapon, with more damage per shot and more ammunition.