Technically, we have a title that has been able to capture the essence of one of the classic games and revered by the miniatures hobby . Cyanide and Focus Interactive seems to have focused on getting a realistic look and homologous to the plastic version and Games Workshop lead, also using a palette of vivid colors and according to what to expect from a game of fantastic cut . Players, whether they are whole, are different from each other, marking personality and presence on the basis of race. 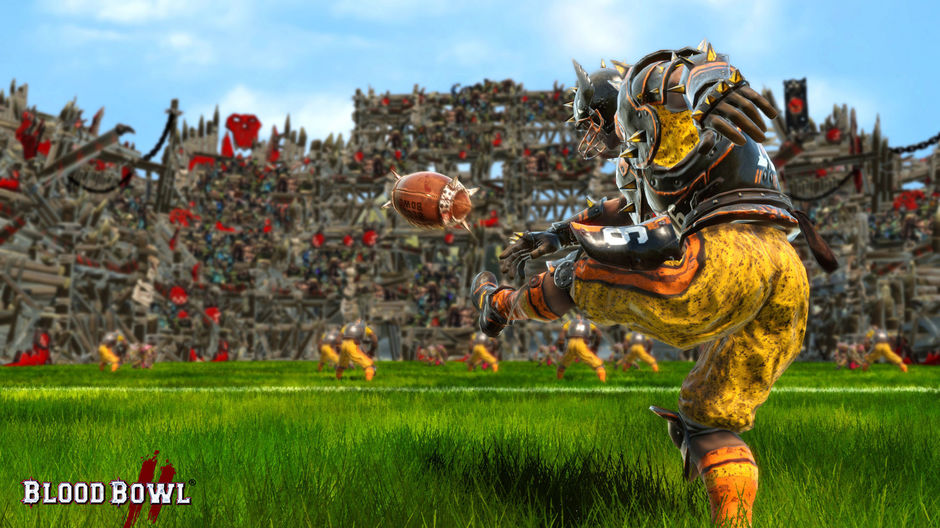 The game improved on many aspects that clearly show the generation gap.

In other words, we will not have problems in identifying our players, whether Dwarves, Orcs and Skaven. Then there is the inclusion of the stadiums are full life now, and seem to have an extra presence in the future of the games, increasing in several whole general atmosphere. In what seems to go something right, it is in the animations. Blood Bowl 2 is the translation of a set of hieratic thumbnails without any joint, but the game does not take advantage dynamism provides the means for any reason.

We then find runs, hits and somewhat crude and ugly actions, which although not the worst I’ve seen, too clash. In the version we have analyzed, the PlayStation 4 have not been reported or found performance failures of any kind, if it is true that in rare moments, have witnessed declines in the rate of frames per second, especially when the chamber decides giving us a close-up of the action or much movement on the screen.

Continuing with the visuals of the title, we do want to emphasize that the interface, at times, can be confused and alone worsen the development of a meeting. Cyanide has been able to improve as what, and although it is now more friendly, we understand, as we mentioned at the beginning of analysis-that still seems a little friendly game facing the novice player, however much you try to interfere help in this violent sport. 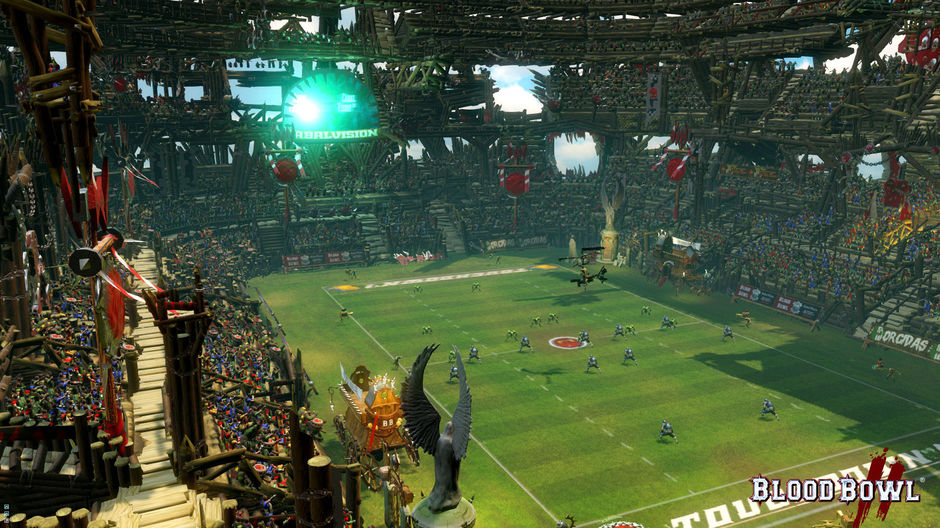 The stadiums in ‘Blood Bowl 2’ are now larger, complex and full of fans and elements that brings life. 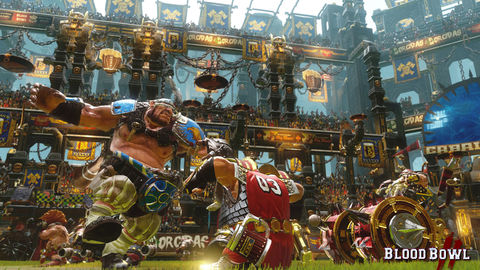 Yes, it is a dwarf with a steamroller.

It’s funny, but it’s the details that end up defining Blood Bowl 2 completely . On the one hand, we have a game with an impressive amount of options, game modes to bore, a system of seasons and leagues works and a series of configuration possibilities facing our teams and players that we believe are most welcome . It is a direct translation of the board game and miniatures Games Workshop . But then, we still gives the impression that although Cyanide has endeavored to make its most comprehensive and entertaining for all ages play, we still find with a bachelor’s niche , which may be first, unappetizing user half.

Blood Bowl 2 needs time -the encounters, although they have a right rhythm, can be extended almost to the hour depending on the rush that we take for decide- and patience , and like other sports games and strategy of mastery. If you love the Warhammer world -for little sea-, and you are willing to look fantastic and rampant regular football titles that appear on consoles and PC at this time alternative, we believe that Blood Bowl 2 deserves a chance . And if you have doubts, you can always decide everything according to a dice roll.

Unreal Engine 5 technical demo uses as much GPU as Fortnite at 60 fps on consoles
July 3, 2020

The Witcher 3 will have a version on PS5 and Xbox Series X and will be a free update
September 4, 2020