Speed ​​over the dust and mud in the most challenging and spectacular rally experience on PC, finally comes to the consoles.

Codemasters is one of the favorite studios for all lovers of racing simulator games. Thanks to them we have been able to enjoy numerous truly sensational titles for many years, from ATV Simulator of Commodore 64 and Spectrum to the sagas Micro Machines or TOCA Touring Car, through the sensational franchise that we have today, DiRT.


This last series of speed is one of the most loved by the community of followers of the engine world. And it is not for less since it has given us great deliveries that, with DiRT Rally, does nothing more than reaffirm itself in its high levels of quality.

In a time when racing titles have come to the foreground at least commercially (how far away are the glorious days of Ridge Racer, Gran Turismo or Colin McRae Rally !), It’s good to see that there are still racing games being developed for this genre. And very vell developed titles such as DiRT Rally is one of the best exponents not only for the world of rallies but of the general racing games that launched during the last years.

In our review, we will detail the great qualities offered by this extraordinary racing simulator. A title that should not be missing on the shelf of any gamer who, in general, enjoys an outstanding rally experience. Especially if you want to take a demanding challenge like few. 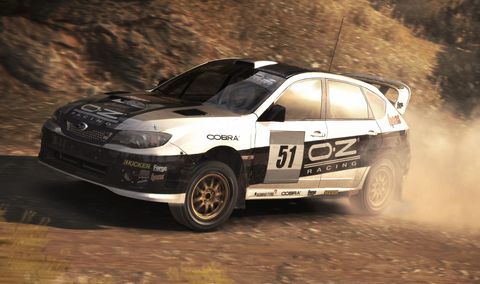 To begin with, the level of simulation that this title offers us is far above what has been customary in the genre till up to date. Without being desperate, DiRT Rally invites us to participate in very challenging races in which it is necessary to maintain the concentration starting from the very first second to the end of each race in which you participate. And this is not easy, we assure you.

The handling is simply unbeatable and once you get used to the sensitivity and the response of each of the cars you can drive (more than 40, all real), the sensations offered by this simulator are incredibly gratifying. Also and in case you are wondering, it is possible to activate a good amount of aids in driving such as stability control, ABS, etc. But even if we activate all of them, do not think that the mere fact of finishing a race without destroying the vehicle impossible, regardless of the position we occupy in the final classification. And that’s where we find one of the main values of this simulator, which stays true to its ideology to the last consequences. 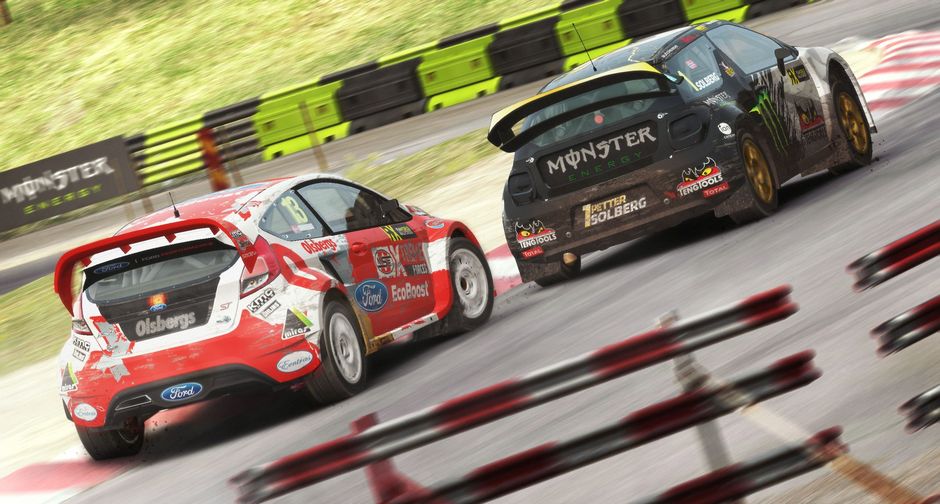 On the other hand, it is also very striking the system of structural and mechanical damages suffered by vehicles during races. And just as successful is the unpredictable weather we can experience during the trials, being able to run under the most scorching sun as well as under storms, snow, ice, etc. And of course, this causes changes more than perceptible in the field, affecting in a notorious way the behavior of the cars in a race.

In short, DiRT Rally is a sublime driving experience and playability hard to improve. A title that comes to mean a breath of fresh air within a genre that did not live its best times.

This version for consoles has also included some other innovation, some of them quite well-known and that we have seemed right. For example, one of the few bits that we could put to the edition for PC was the absence of tutorials. And because of the demand and the degree of challenge that this rally simulation game by Codemasters puts in play, some users strongly felt the lack of this option. 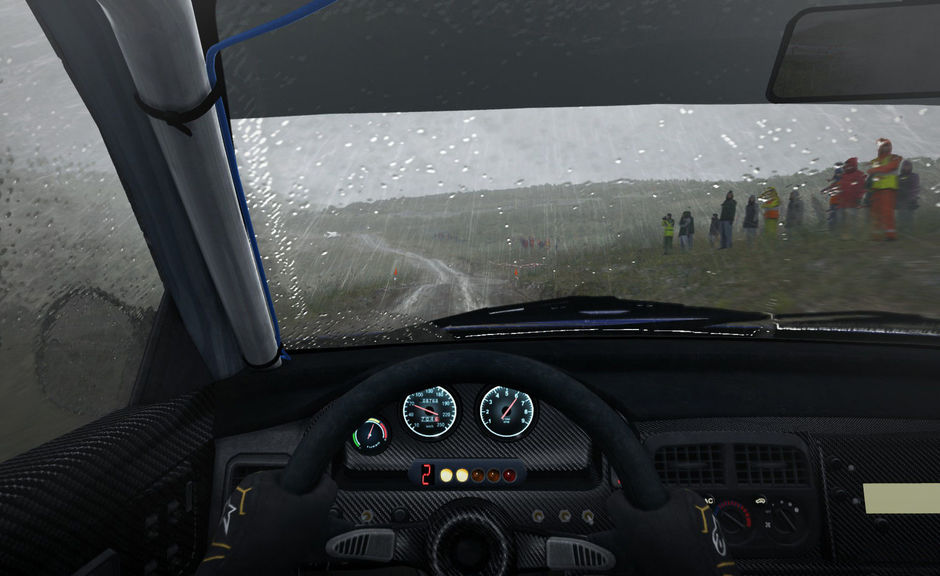 Fortunately, the developers have wanted to alleviate this defect in this edition, including no less than twenty tutorials quite clear and well explained the details of the game, touching different issues related to driving in different parkour and scenerios.

New categories have also been added, Super 1600 and Classic Mini, incorporating for such modalities new vehicles like the Opel Corsa Super 1600 or the model Mini Classic Rallycross.

They may not seem too meaningful, but these novelties further extend the duration and life of the game. And in the case of the new tutorials, they become a very valuable tool for the less skilled users in this type of works to learn their ins and outs.

On technical issues, we must say that Codemasters has performed an impeccable work, at least in the PS4 version, the one we have tested. And is that the remarkable technical section that was integrated into the original PC title has been almost completely respected in this delivery for consoles. 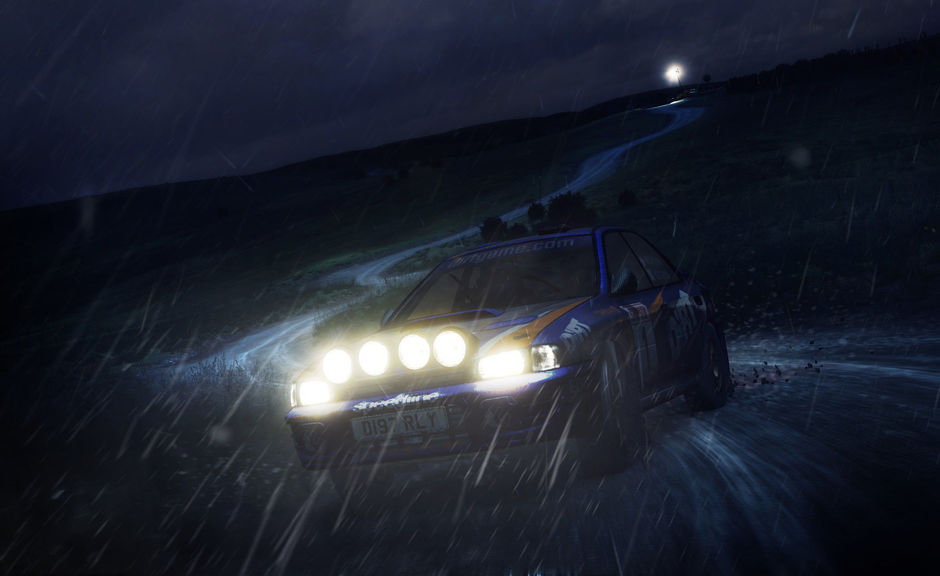 What frightened us in this conversion was about the fluidity to which the races are developed, something primordial in this type of simulators. But fortunately, our concerns have completely dissipated, since precisely this facet is one of the most successful, being a real pleasure to skid and to move at great speeds through all types of terrain without the action never suffer any slowing, jerking or lowering notorious in the animation frame rate. The 60 constant frames on PS4 and Xbox One speak for themselves, with PS4 running at 1080p and Xbox One with a dynamic resolution between 900p and 1080p.

Likewise, the work of texturization carried out by the designers is more than solvent, being able to appreciate varied paths (slopes, forests, mountains, etc.) well realized and very solid. But the best thing of all in our opinion is the behavior of the vehicles. The physics of all of them is magnificent, their behavior in the race is impeccable and also all transmit a weight and feelings almost indescribable when we handle them. In fact, we have enjoyed the title with seats and steering wheels and the game experience, for those who have them, is incredible. Try it as soon as you can.

And as for the sound, the themes that are heard during the menus are not made at all heavy, rather the opposite. But the most successful is undoubtedly all that has to do with sound effects. To begin with, it is possible to hear the notes of the co-driver, fundamental and well-synchronized indications that allow us to “read” in advance every curve, jump and other setbacks that each track has. And next to this it is possible to notice magnificent representations of the sounds of the motors of the different cars that we can fly in the game, all of them clearly differentiated. 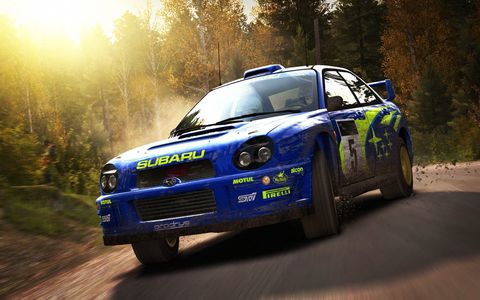 As we expected, Codemasters has made a flawless conversion of a fantastic pure rally simulator such as DiRT Rally. Following in the footsteps of the genuine PC version, this edition of PS4 and Xbox One offers us the same levels of realism, showmanship, fun, challenge and simulation as those experienced in that PC title. A true gift for lovers of car games that, also, this time comes in an attractive edition, Legend Edition, which includes the priceless documentary based on the legendary pilot Colin McRae.

We performed this review on a PS4 with a digital copy provided by Codemasters.

The producer of the Project Zero series is open to make a new game on Switch
October 20, 2019