The core of the adventure is the same as in the first Divinity: Original Sin that offers role play with exploration and turn base fighting in a medieval fantasy world with a top view. As soon as we boot up the game character editor welcomes us and we can create our warrior change appearance and skin tone ..etc. appearance doesn’t really matter due to the top view camera you don’t see your characters look instead you can focus on picking combat skills and class, which is more important based on how you play. 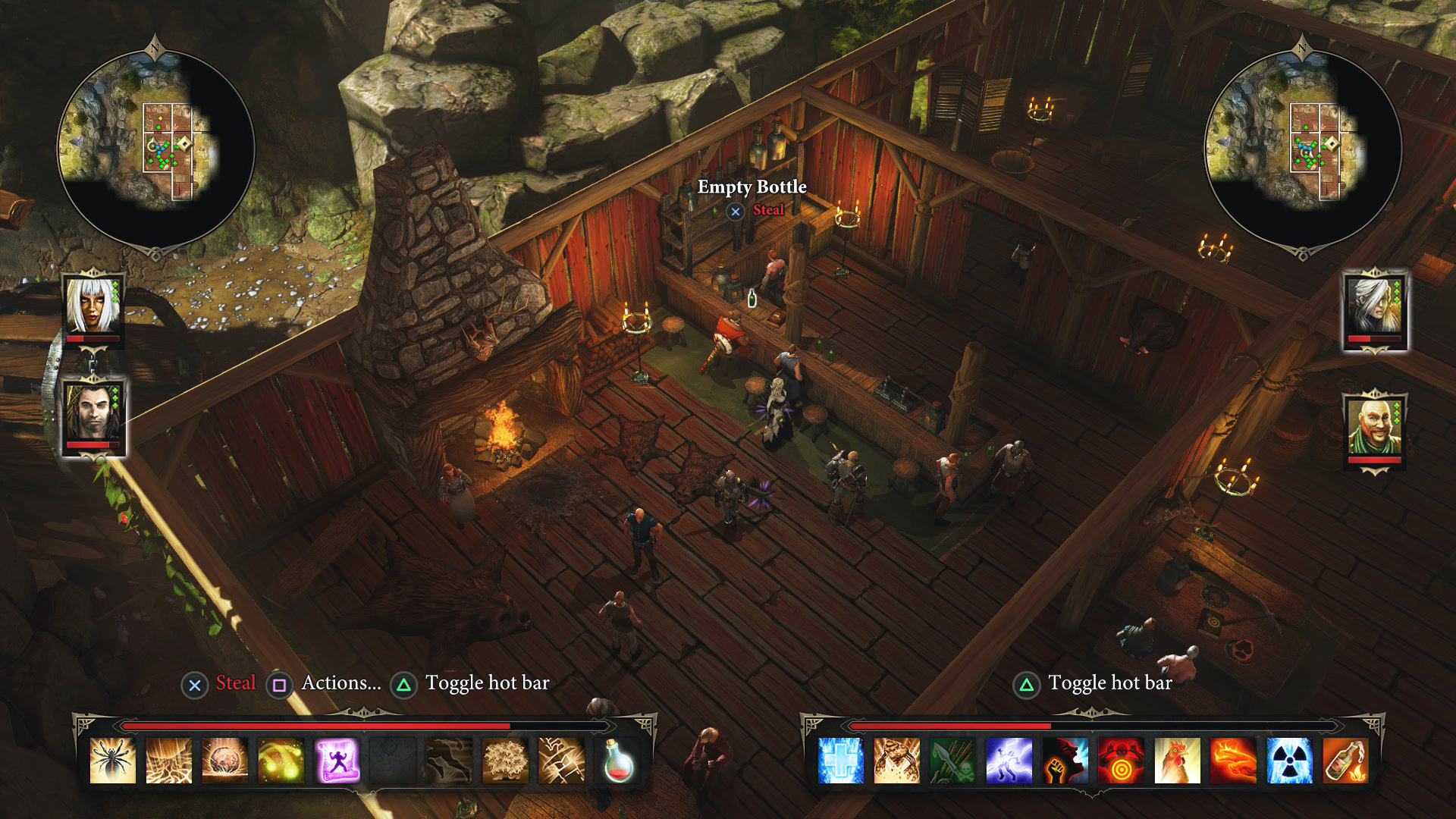 Console version comes with lots of improvements other than graphics.

At the beginning of the game we start investigating a murder which eventually leads us to a much greater adventure. While you advance through this epic story, your decisions will effect the adventure  , for better or worse. In other words, you will be your character, you will make the decisions, and face it’s consequences which is a RPG by definition. In addition, many missions are related to each other and require you to complete them to success. Most missions are very easy in terms of the solution. 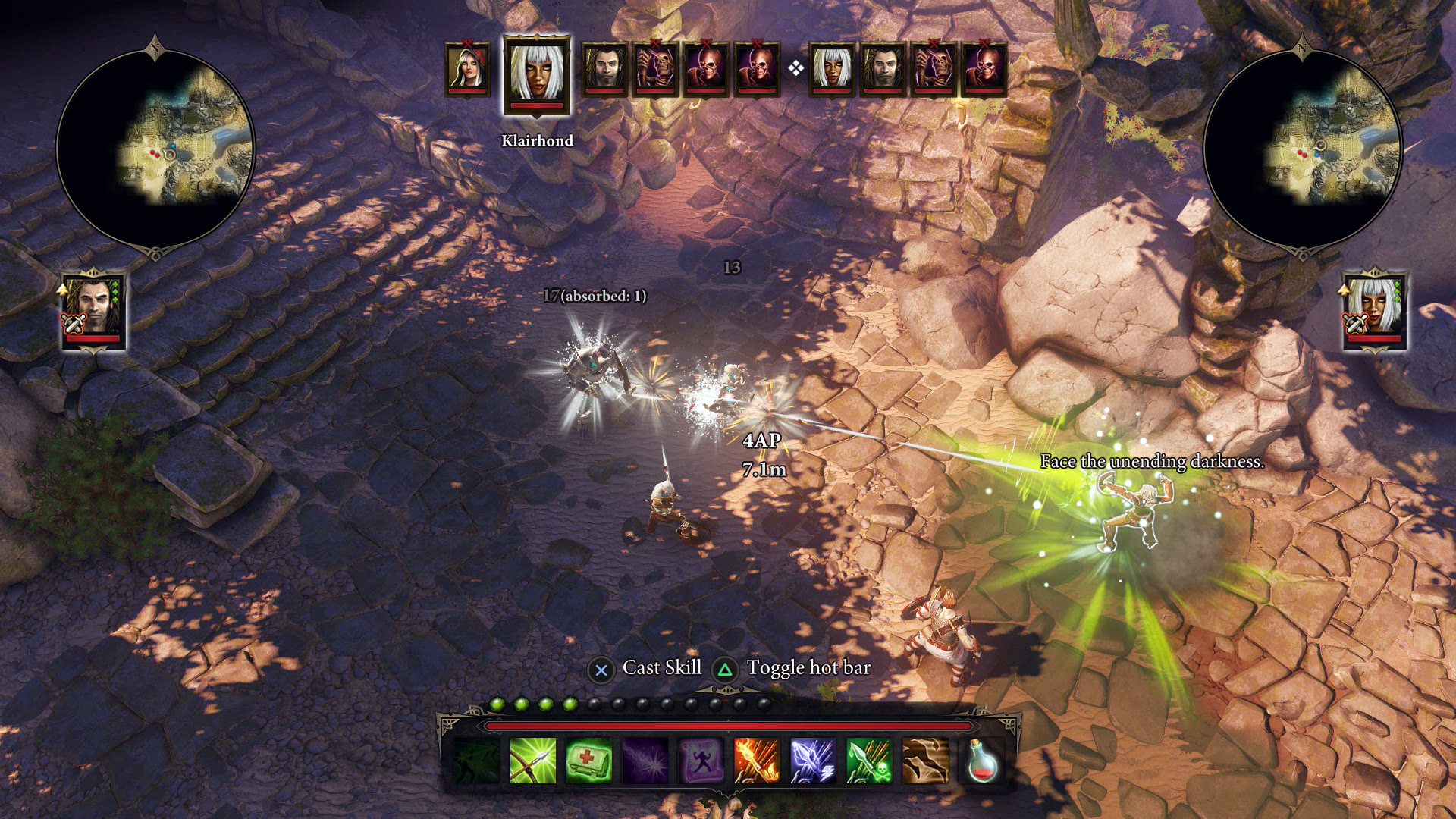 Turn-based combat system is easy to learn and there are tutorial at the beginning which teaches you the basics, it feels natural playing the game with the controller once you know the shortcuts or change the character you control from the during game. Well got to admit that playing with a controller is not fast as playing with a mouse, but works reasonably well once you get the hang of it, Larian Studios has done a great job.

Divinity: Original Sin uses points for every action that takes place , when going for an attack, using items or items that you move , each of these actions will use the allocated points during your turn. Leftover points will be saved for the next turn, which sometimes can be gamechanger when you really need them. The magic does not consume mana, and only the skills take time before they can be used again. Original Sin has several levels of difficulty, if you go with hard right away prepare yourself that this is not going to be an easy game. 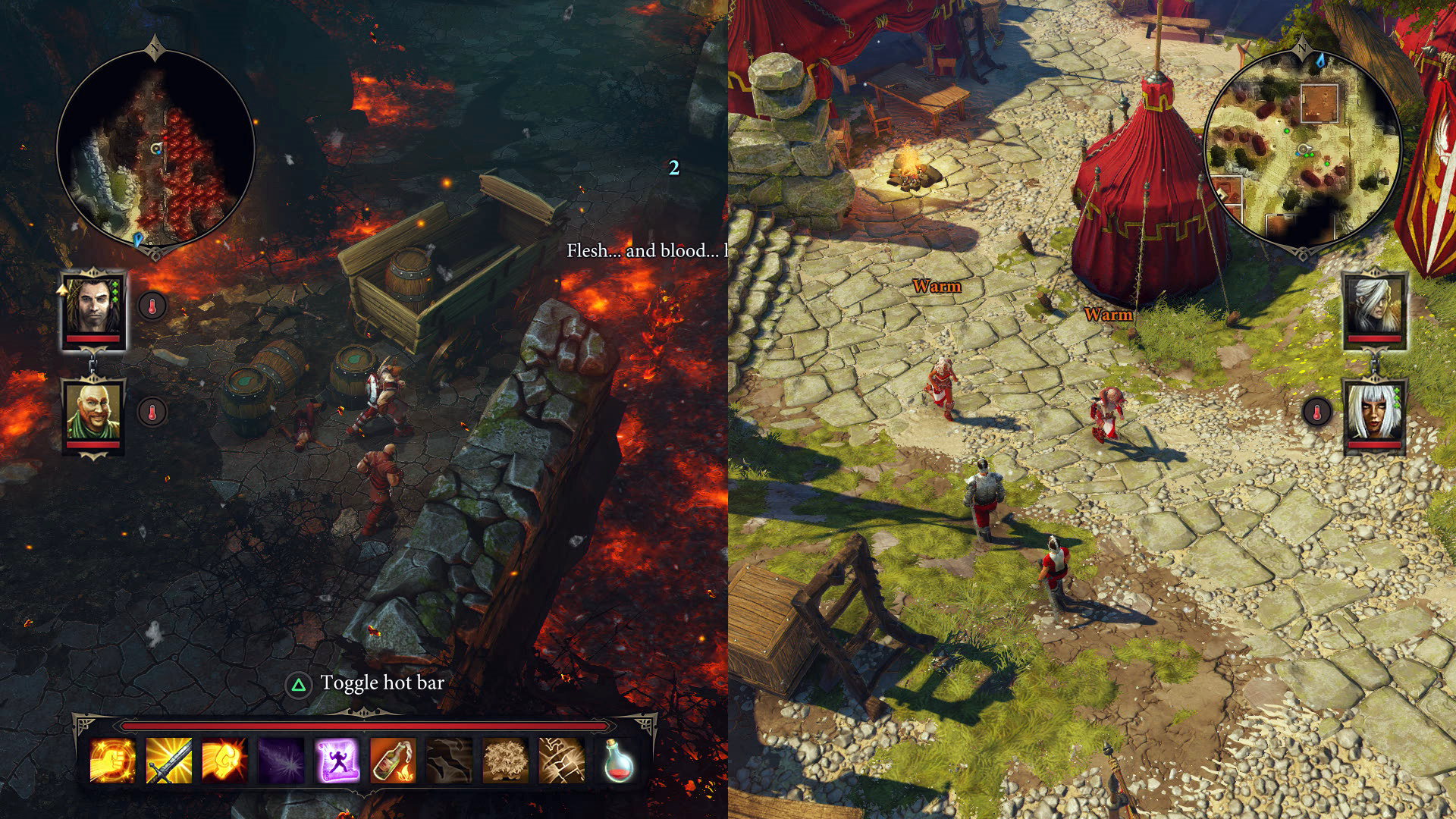 AI has been re-coded in this version along with the upgrades to graphics, sound, gameplay and content.

You will find different type of weapons some short and others long range, magic spells have great interaction with the environment which can be used against enemy to create obstacles or setup some traps , such as dropping electric spells on water or fire on combustible surfaces will catch your unaware enemies. Be warned, your enemies will also prepare same traps against you. If possible try to go unnoticed and avoid unnecessary or difficult fights.