According to the German division of Amazon , the digital download of Mario Kart 8 Deluxe will occupy 6.75 GB in the internal memory of Nintendo Switch when it arrives at the console of Nintendo the next day 28 of April.

In this way, it is confirmed that the title will present a size very similar to the edition of Wii U with all its DLC and updates built-in 6.2 GB. We remind you that Nintendo Switch has an internal storage capacity of 32 GB with the possibility of being extended through SD cards. 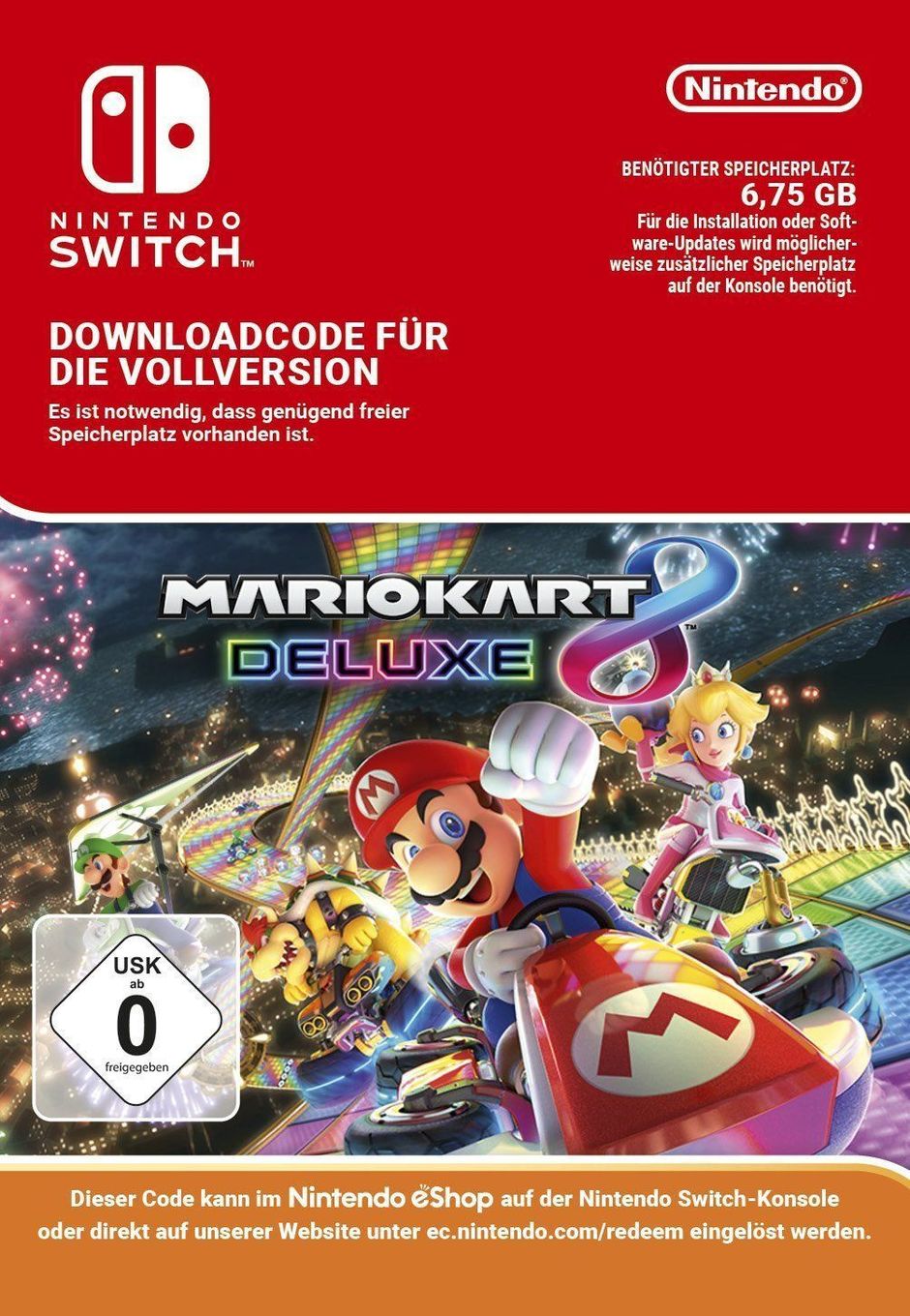 Mario Kart 8 Deluxe will have 48 circuits (the 32 of the original plus the 16 of the DLC) and 40 characters , five of them new. These are Inkling Boy and Inkling Girl from Splatoon, King Boo, Bones and Bowsy, as well as new parts with which to set up our vehicles.

In addition, i where we commented that it is “obvious that Mario Kart 8 Deluxe is going to become an essential of Switch because, although we have playing the version of Wii U, be able to enjoy all this content with Playable options offered by the Nintendo console is a great incentive. Without a doubt, the days will be long until the title goes on sale next April 28 exclusively for Nintendo Switch.