Sony closed the doors of Evolution Studios two years ago. Evolution studio had an almost flawless record, until the release of its latest game DriveClub’s low sale numbers. Despite the faltering start, Driveclub became one of the best racing games of the current generation, but it was too late, and the Sony decided to detached itself from the studio. Luckily, its doors did not stay closed, and Codemasters took over. Now, under the name of Codemasters EVO, and they bring us their new game: OnRush.


Forget everything you know

OnRush is a racing game in which finishing the race first does not matter. The races are run in groups of six and have a group goal, which can be to get points using the turbo, to be the one with the fewest deaths, to pass through the control points to gain time or capture a moving zone. All these using cars that have classes and subclasses and, consequently, their pros and cons and superpowers. 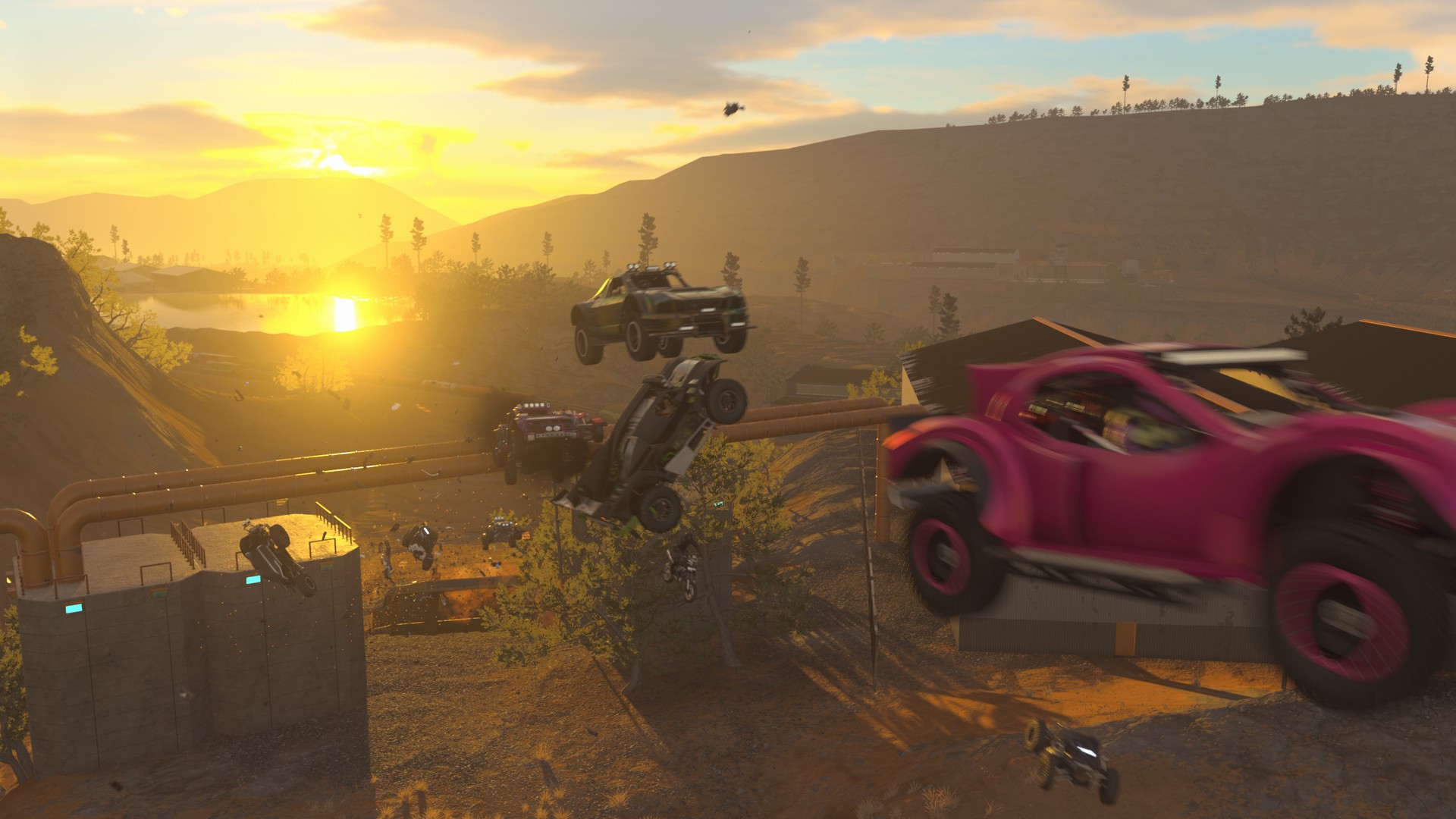 The gameplay is reminiscent of MotorStorm, although perhaps even more violent. Based on takedowns we need to shoot down enemies or “fodder” (the name they have given to vehicles controlled by artificial intelligence) to get the turbo and, using the turbo, we can fill our Rush bar. Once filled, we can activate the maximum turbo, which makes us stronger and faster and gives us some temporary power.

It is very likely that reading this or even having played the beta the idea does not appeal to you too much. We understand. If we had not had to review the game, we would surely have left it after giving it an hour of play. At first, it seems that grace ends soon and that the feeling of competition is lost in the concept. You do not know how much we have changed our mind to continue playing. 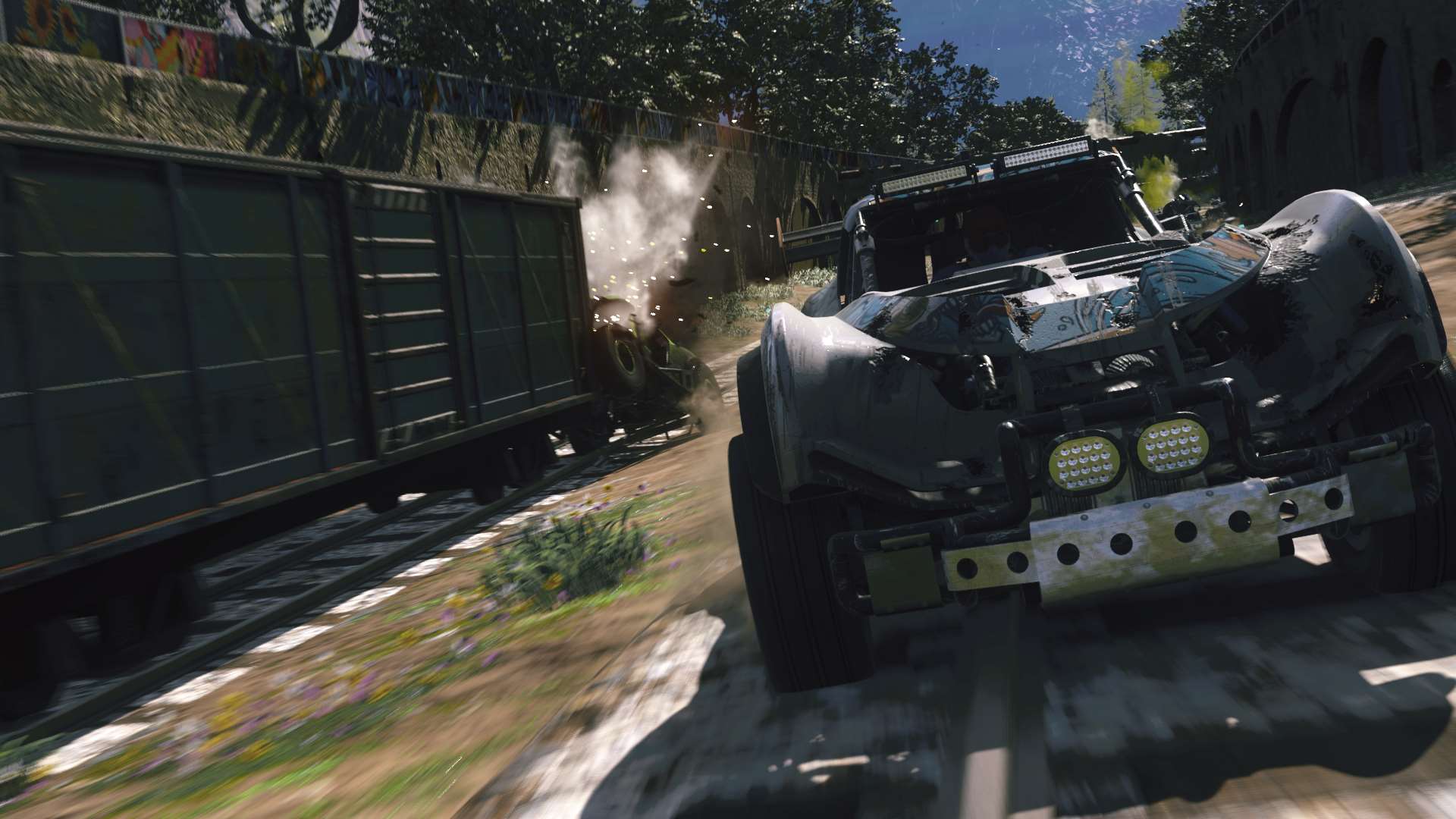 During the first games, it seems that all we have to do is run without stopping until the race ends, but little by little things get complicated until they create a fun and demanding experience, and very original. Campaign mode is divided into blocks, which in turn are divided into trials and tournaments, which have a series of challenges of their own; that is, exactly like DriveClub.

When the difficulty rises and when we are bitten to achieve these challenges, it becomes a much more satisfactory title, with missions that we want to repeat until we make them perfect. And it is no longer just running without stopping. Now it’s time to measure the jumps, know when to attack and when to get out of the way, use the turbo and the Rush, choose a class with head … It’s a much more satisfying, complex and frenetic experience than it may seem. 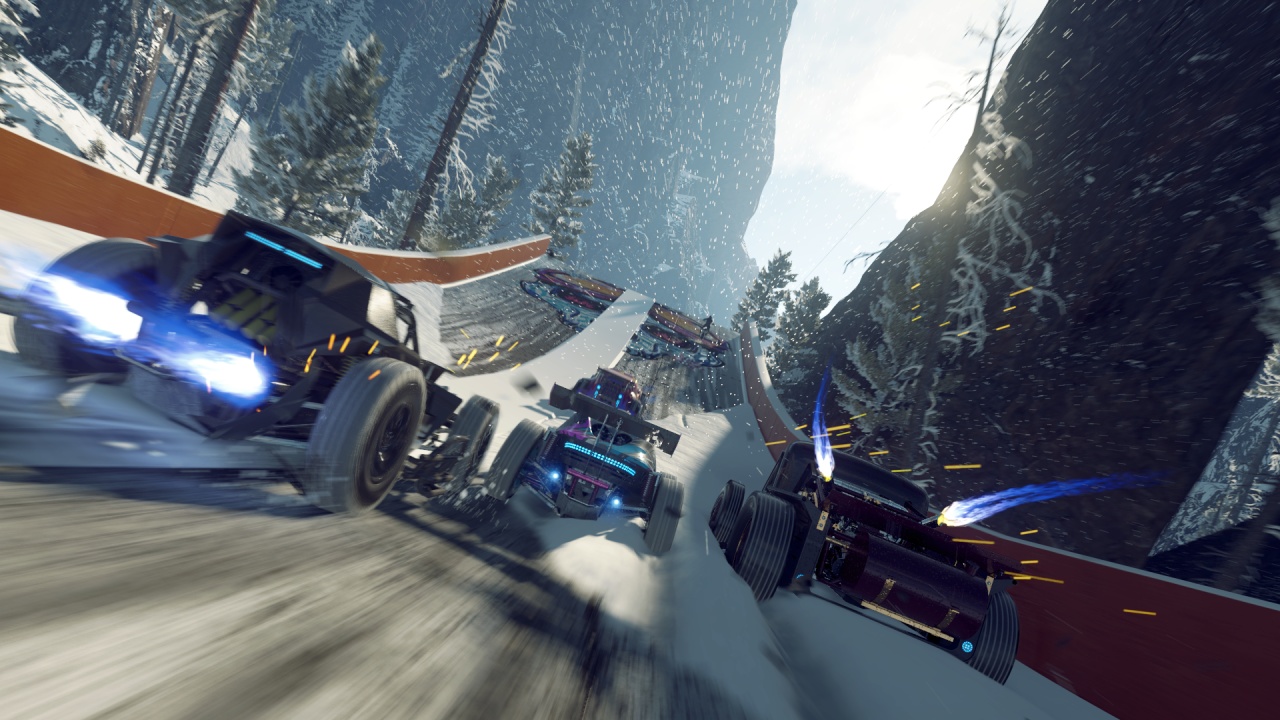 After a curve of difficulty too flat is an idea that we liked a lot, and that can be as or more exciting than a traditional race. Also, that DriveClub idea evolves that any of your team can participate to help. The action is always concentrated and, if we collide or stay behind, we are teleported to it. We never stay outside and we always help the team, whether we are the best or the worst.

Of course, we can play both offline and online, including the campaign mode. We have been able to test the mode through the internet and it seems to work great, although we miss more options. There is a ranking online mode that is not yet available, so we hope you expand the options. 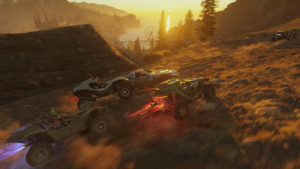 We also want to highlight the customization options. We can unlock appearances (not only textures but alternative designs that modify the body), celebration dances, tombstones (an icon that we leave when we die and that can have effects) and other elements. These are achieved with loot boxes or bought with virtual money that we get playing, but there are no micropayments or real money.

A spectacle of destruction

OnRush may seem like a discreet game, but when we see it in action it becomes spectacular. Up to 24 cars colliding, destroying themselves in real time, with explosions, light effects, dynamic weather … The scenarios also change completely depending on the time of day or the time of year; they are filled with flowers in spring or covered with snow in winter, and if it snows or rains we can see in real time how snow accumulates or puddles form. 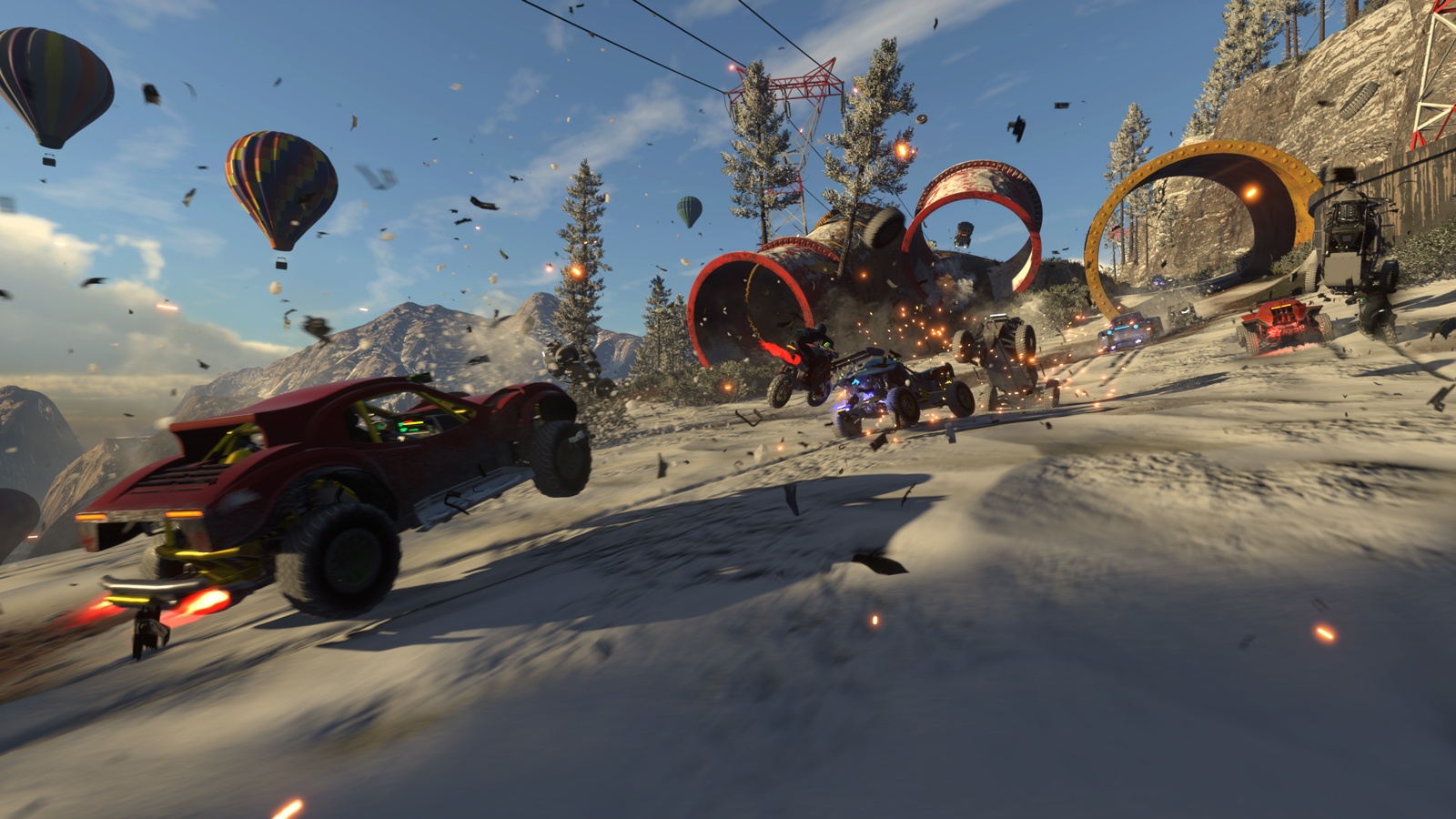 In PS4, PS4 Pro and Xbox One X the game offers performance mode and resolution, offering 60 or 30 images per second in each case. Thus, in PS4 we can play 60 images and 900p or 30 and 1080p. In PS4 Pro and Xbox One X we can play 1080p and 60 or 4K and 30, but in the Microsoft console we have textures with much more resolution in both modes. Say, yes, that has a great antialiasing and 1080p looks great on a 4K screen and, by the way, with a good implementation of HDR. 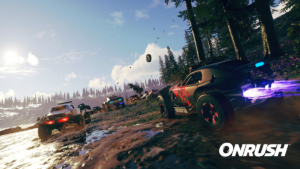 In the sound, it comes with a soundtrack quite adequate, which mixes drum & bass with electronics and even some synthwave, wrapped in some powerful sound effects that make sure to get into the action.

OnRush left us a bit cold when we started it, but the more we advanced, the more we liked it. Many critics will come to you from people who have not played more than a couple of hours since it has a curve of difficulty too flat and this can bore some players, but once you win the tests and overcome the challenges It becomes demanding, we discover how well the idea works. The campaign has hooked us, and being able to play it alone or with friends is a hoot.

It is true that sometimes we miss some more traditional way, but we believe that we must applaud Codemasters EVO for taking risks and doing something new. In addition, we are sure that they will continue working on it, adding new content and listening to the community, so we want to think that OnRush will not do more than improve. If you saw some potential in the beta, know that you will find more after a few hours of play.

We have done this review on a PS4 Pro with a digital review code provided by Publisher.

Battleborn will shut down its servers later this month
January 5, 2021