An exciting science fiction thriller that has a great story and offers a huge amount of scenarios and possibilities.

Prey, the new title from Bethesda Studios, a game that is a lot like  System Shock , Deus Ex , BioShock or Dishonored , all belonging to the same genre in which Arkane Studios have become real experts, with Harvey Smith and Raphael Colantonio leading the way, two of the most important developers when it comes to action-adventure. Prey has nothing to do with the action game that was launched back in 2006 for PC and Xbox 360, Arkane again demonstrates their talent in creating deep and complex experiences that trap you with their mechanics, setting and a huge amount of possibilities. A game that will delight lovers of this type of action-adventure.


Welcome to Talos I

The history of Prey happens in an alternative reality, in which the space race and the Cold War had a different development, that took human beings to conquer space more quickly and effectively than we know. In 2032 there is already a gigantic and spectacular space station, the Talos I, where they are developing some strange experiments, and as usual, things end up going wrong. A strange type of aliens have escaped the control of scientists, and are annihilating all the workers of the Talos I. Our main objective will be to discover what has happened, to try to escape from the place and in the process to help (or not) the Few remaining survivors, traversing the stays of a humanity’s landmark that has now become a hell, something that is very reminiscent of BioShock‘s Rapture. 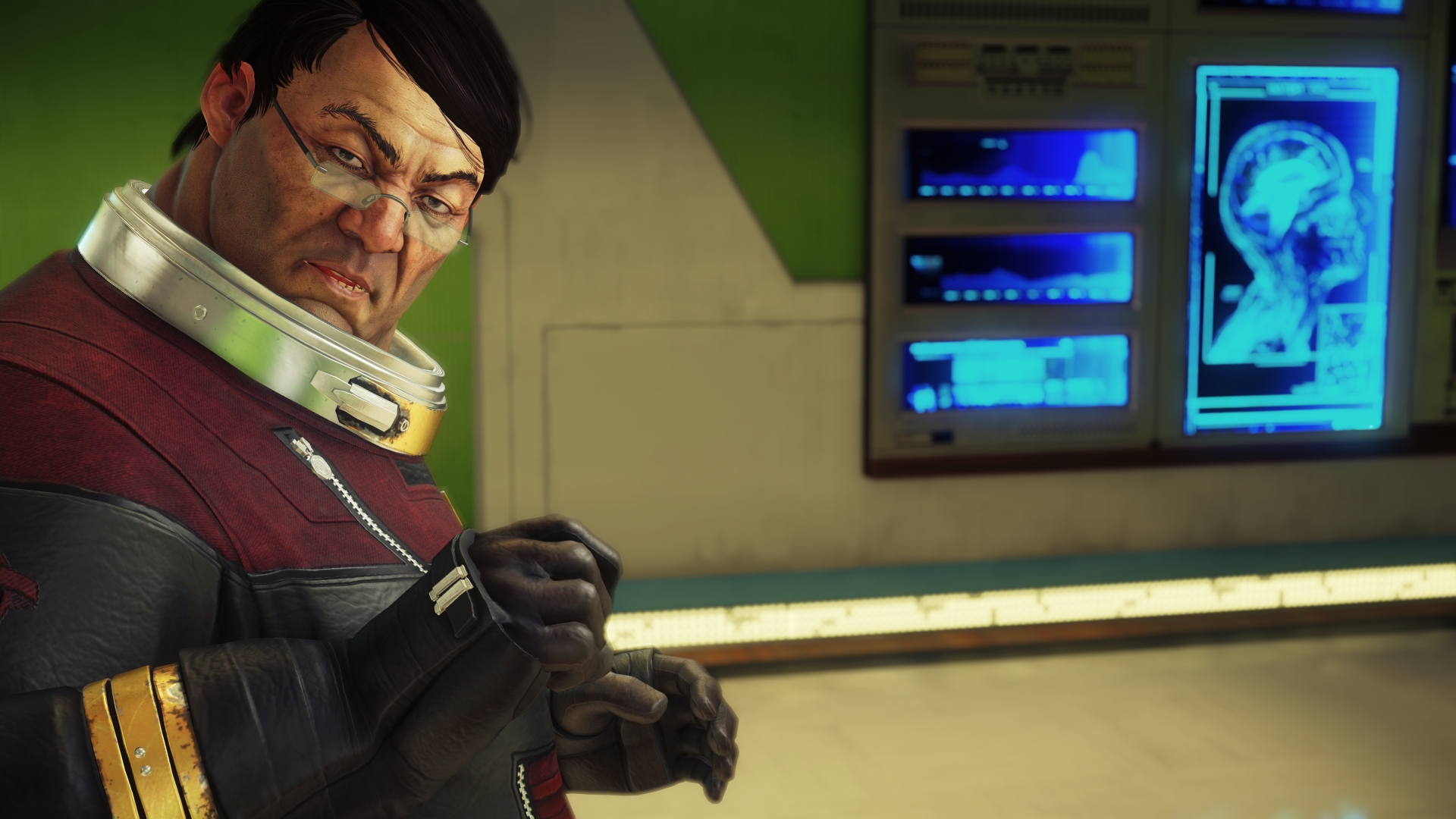 The place where Prey is developed is one of the most fascinating scenarios that we have ever visited in a video game, and with which Arkane returns to prove that they are masters in the design of levels, they have practically no rivals in that section. A coherent, complex place, full of routes, with multiple ways to reach the same place, and despite the great amount of tools and strange powers that we unlock throughout the game, it has a design so solid that it makes you question “Can I break it?”, and invites us constantly to experiment with its mechanics and environment.

Unlike their  Dishonored series, where we were limited in missions areas that were developed in isolated stages from the rest, in Prey we can cross the huge space station in full at any time, as if it were a Metroid , and this enriches the whole experience, since the exploration of the side missions is one of the greatest addition of the game, and you are always trying to go back, to places that the first time you could not access. 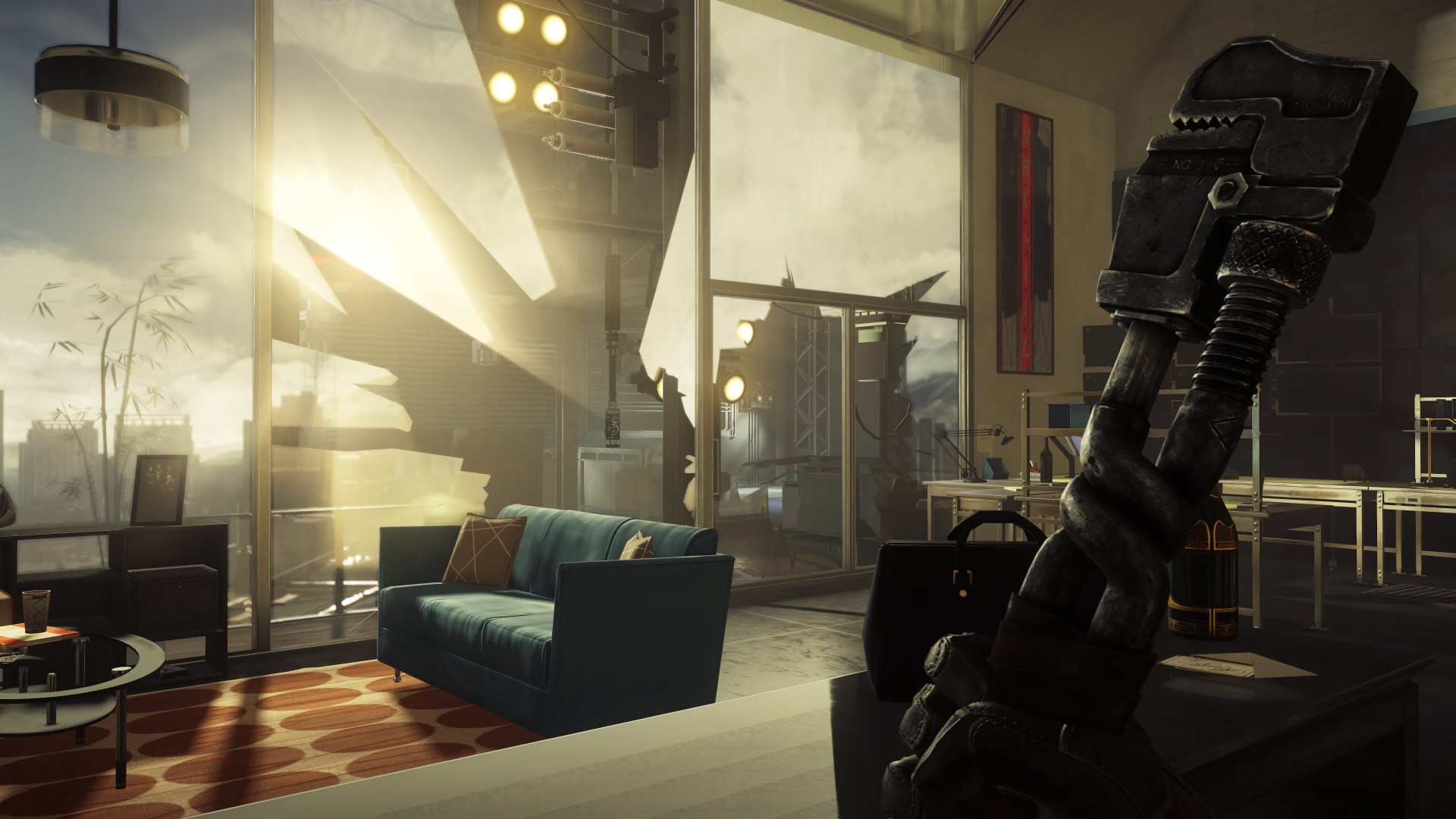 If you enjoy Deus Ex series to discover every corner and secret of the scenarios, to read documents, to hack computer terminals, to force or to obtain the keys to open all types of doors or safes, you are going to spend in great exploring In Prey , so it is very easy to lose the notion of the time . And all with just doses of tension (not terror), since the enemies we face are able to camouflage in the environment transforming into objects, which will give you some jump scares, especially in the early hours.

There is a main story, a lot of side missions and endless reasons to get lost in the space station. It is an adventure with a very open and versatile structure, and not only regarding exploration but also by the multitude of tools that offers the player to enjoy the experience however they want. For example, you can bet on stealth and use the environment against enemies, and focus on better skills to hack terminals or force to move objects and enter more places. 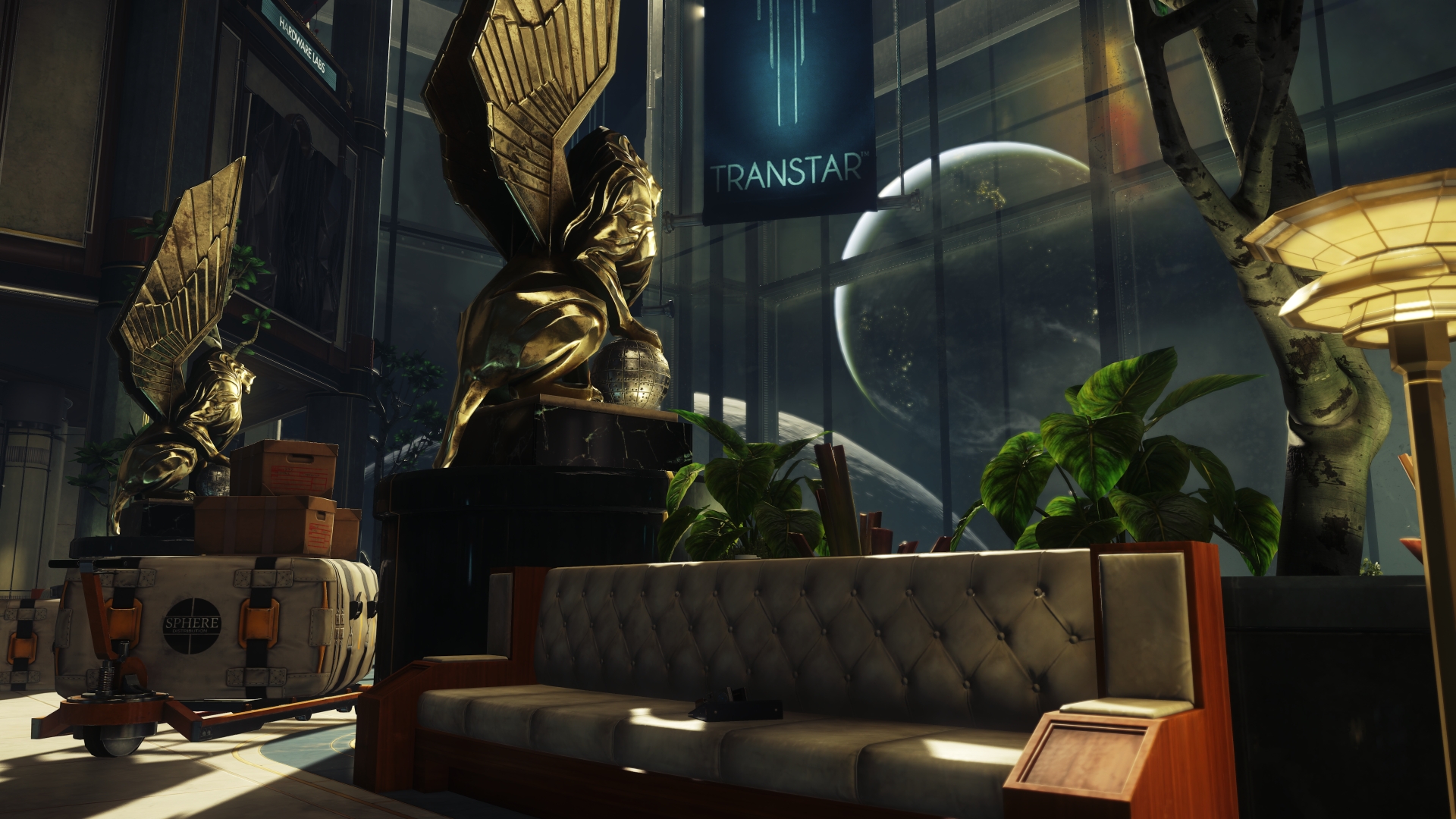 You can also choose to be a little more aggressive, improve resistance and use of firearms, and plant them face to the aliens in a direct way, but in any case here you will not find a pure action game, and requires More intelligence and strategy on the part of the player than ability with the trigger . Weapons and bullets are scarce (we can barely use a shotgun and a gun), and you will spend a large part of the game collecting objects and recycling them, to create your own resources, such as bullets and first aid kits, in a system of simple creation and perfectly Integrated in the experience, as everything that the game offers.

That one of the most important “weapons” of the game is the Gloo cannon, which fires an incapacitating foam, is a declaration of intentions on the part of its creators. It is a weapon that is used both to freeze the enemies and thus shoot them or hit them at pleasure with a wrench, as well as to put out fires, to cover gas leaks and even to improvise routes to inaccessible places on the map. This way we can reach all kinds of elevated places, in a design of scenarios in which verticality plays a more important role than it may seem at first glance. 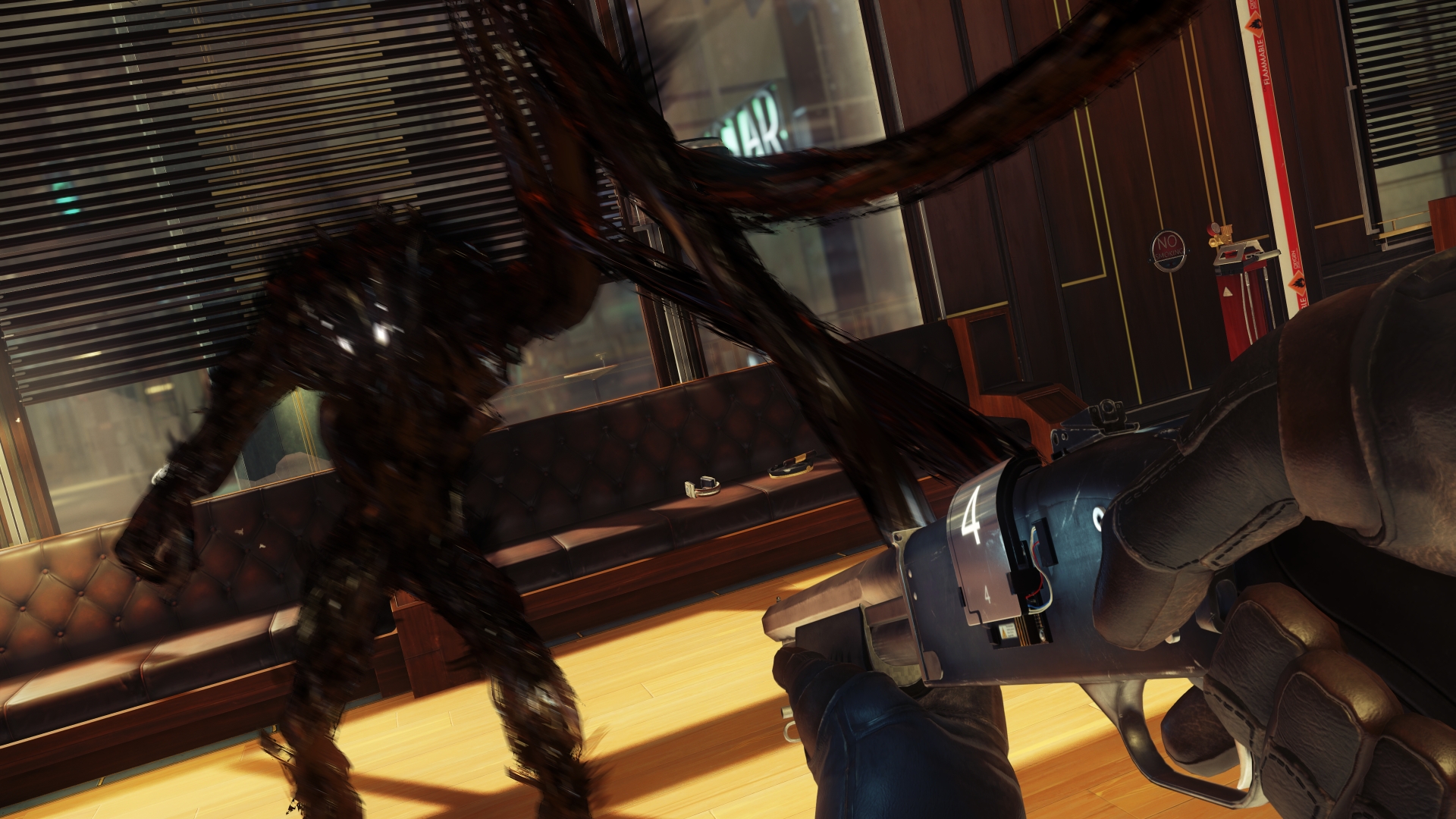 In addition to different weapons and peculiar tools, collecting or creating neuromods, we improve “human” abilities (more strength, endurance, inventory capacity, heavier objects, hacking or arranging devices), and to the point of adventure we get the Psychoscopes , a tool with which we can scan the enemies, and thus learn their powers . From this moment we have to think a lot about how we spend neuromods, whether on human abilities or alien powers, and this has a great impact on the development of the game, both playable and argumentative.

There is a kind of risk and reward system, since alien abilities are very powerful, but we run the risk that the ship’s security systems start us hostile and attack us. Assimilating these powers also has other dangerous consequences, but it is best that you discover them for yourselves. 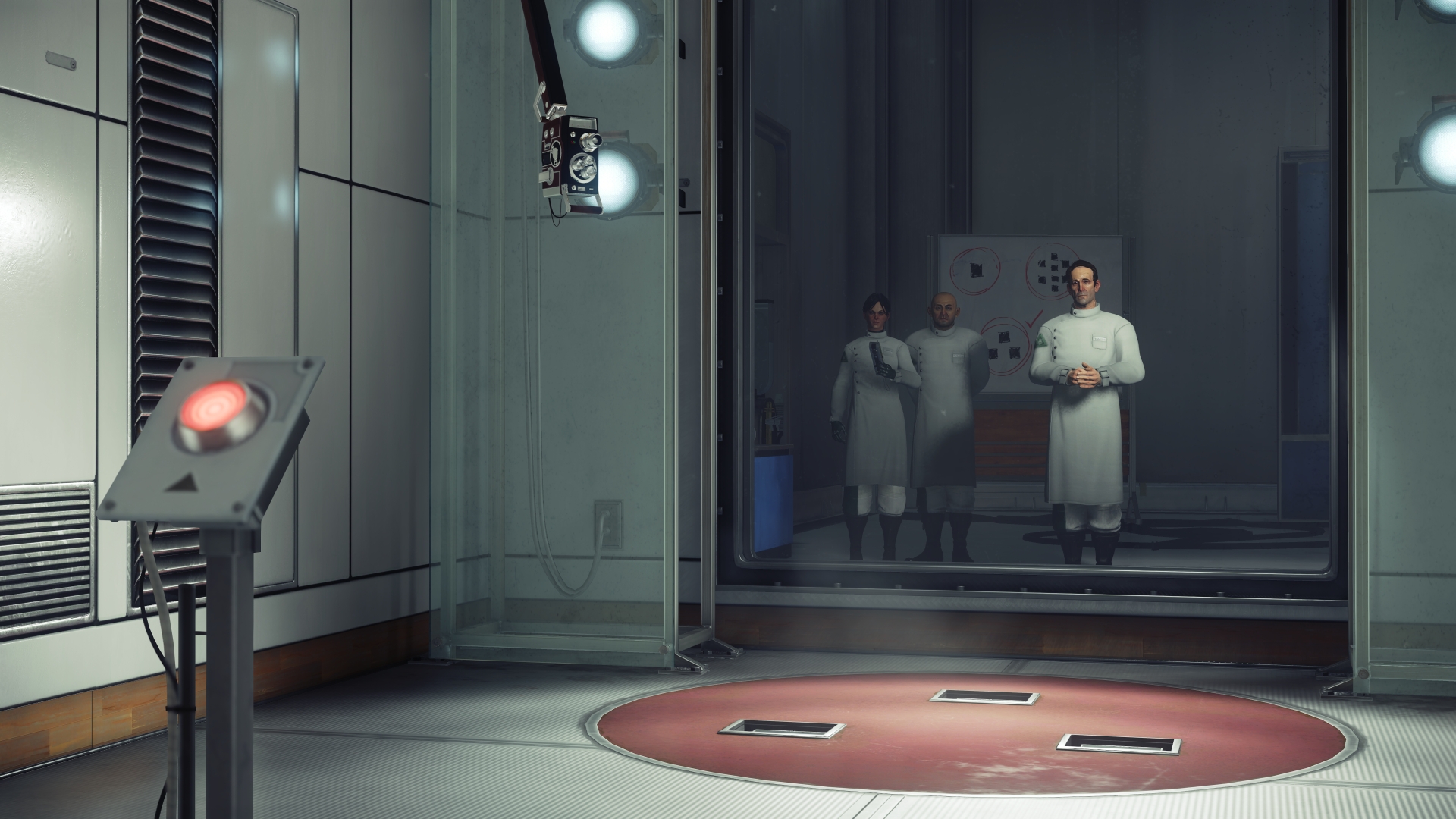 It is with these powers with which we perform the greatest mechanics of the game. To become objects , which allows us to camouflage ourselves in the scenes or to go through places that would not otherwise be possible; Control mentally, suspend objects and enemies in the air , repair and move elements at a distance, electric, fire and kinetic attacks, create lures or allied ghosts, and a whole series of strange skills that we warn you is impossible to unlock all in one  playthrough.

It is a game in which we make constant decisions, always offering a lot of freedom. What sites do we want to explore, what missions do we want to face, how do we evolve our character, and even make argumentative decisions when deciding the fate of some characters, and whether we want to help them or not. There are many ways and different ways to play to Prey, and none is more valid than another, something developers love to offer to players. 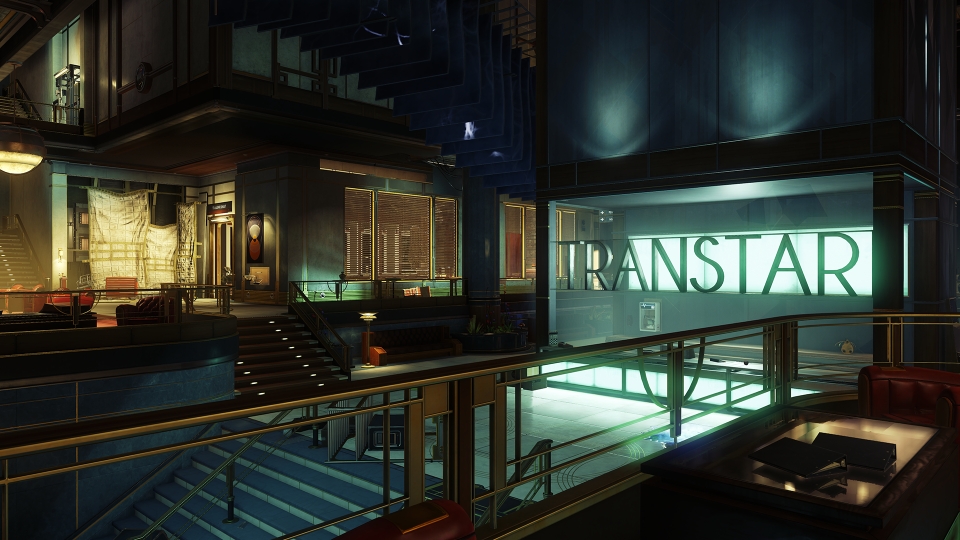 Not everything is perfect, of course. The action through the use of the weapons seems to be a bit unpractical, and it is hard to catch the point, the story is interesting but it never becomes brilliant, and in the final stretch there are some situations that are longer than the count, when the game has not much left to tell or offer. But what has bothered us most are the long loading times between zones, for almost a minute, that in the first hours do not disturb too much, you spend a lot of time in each of the parts of the ship, but in the final stretch, When they make you move  between zones, or simply want to explore and complete secondary missions, these loading times seriously affecting the rhythm.

It took us about 20 hours, with a large percentage of the secondary missions solved, but the one who wants to squeeze it out and enjoy it very calmly will do better in 25 or 30 hours, and there are plenty of reasons to play it a second time. In order to test all skills and playing in other ways, as by the plot decisions, or to get all the achievements and trophies. 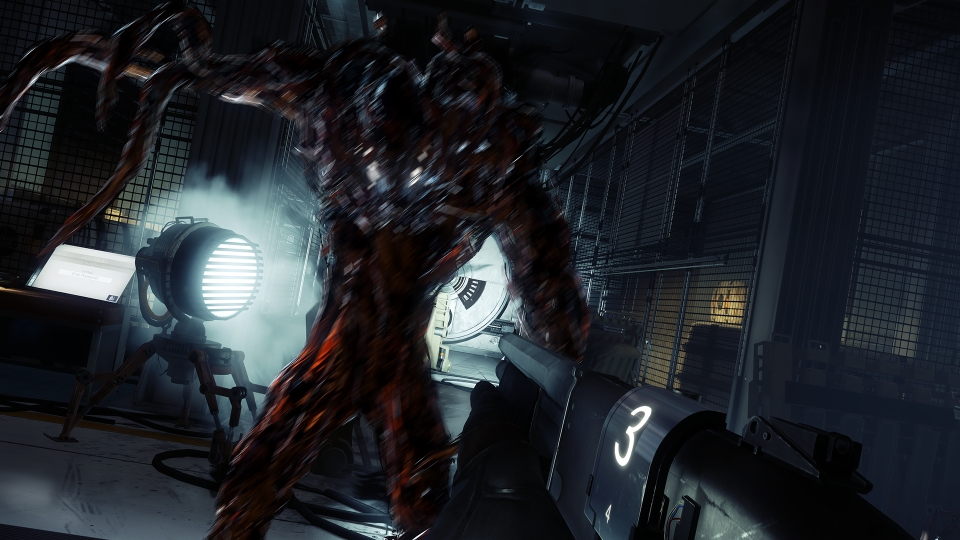 All this is accompanied by a very competent visual section, which may not look bright at first glance, neither the textures nor the lighting stands out, but then it demonstrates quite technical details, besides a great atmosphere, something that Arkane never fails to deliver. For example, all the damage we cause in the installations, or the balloon barrels that we left in the stages, are maintained throughout the game, and this is remarkable considering that we can interact in many ways with everything around us.

It is one of the best recent uses we have seen of CryEngine, at 30fps and very stable on consoles, and its only issue is the loading times that we mentioned before, that at least are very brief when they kill us and we have to load match. The stages are full of details, space station recreation is totally convincing, and its art deco ambiance, reminiscent of BioShock, is very attractive. 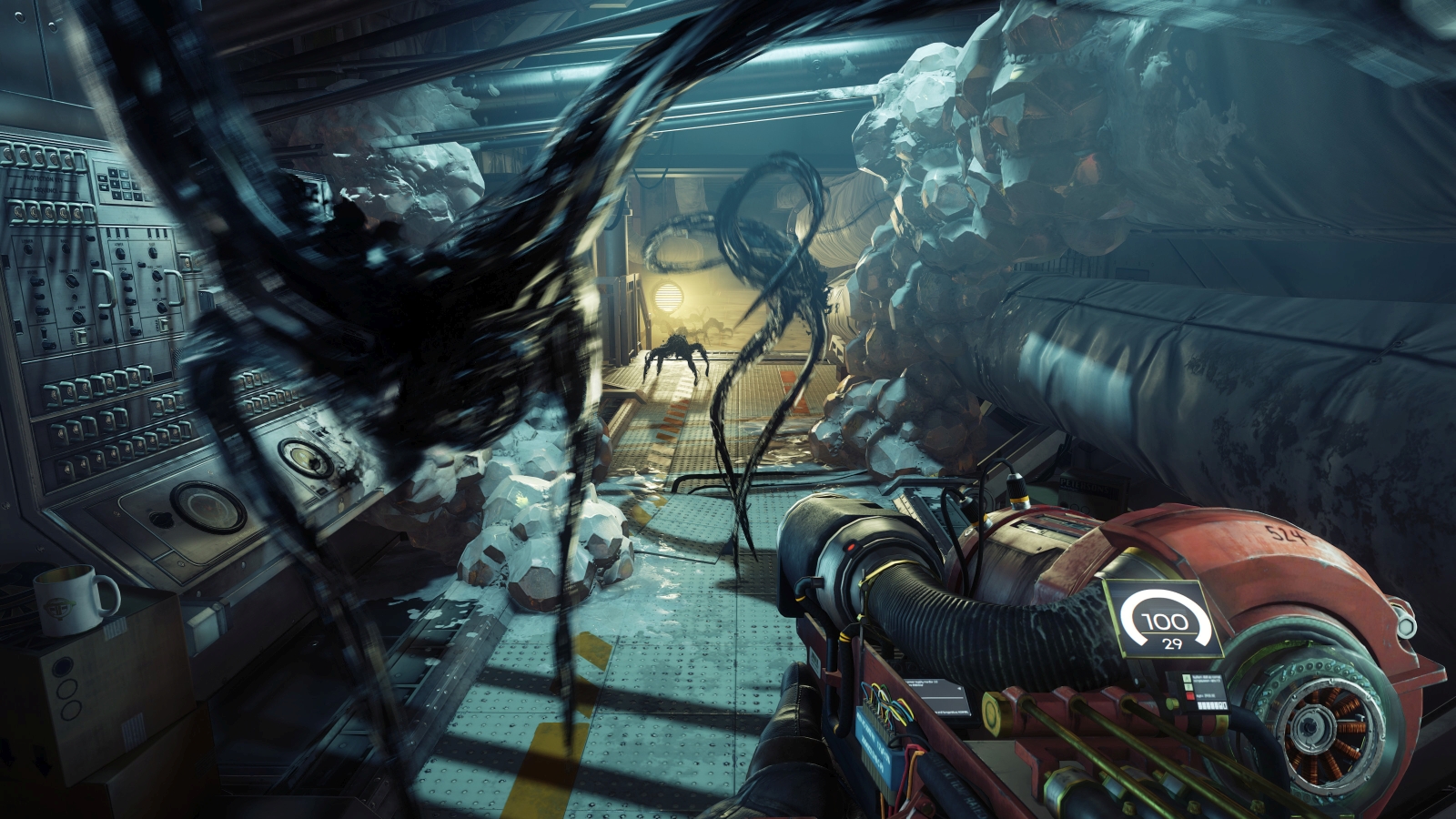 The sound also has a lot of uniqueness, the soundtrack is quite different, but that works by how it is used, that helps to enjoy the experience, being able to listen without problems the recordings and communications of audio that about the history.

Another great game from Arkane Studios 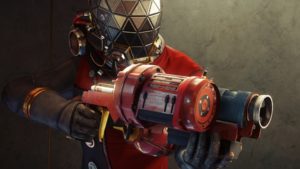 After the two excellent Dishonored games, Arkane Studios again demonstrate that they have the formula to this type of adventures, and have developed another great game, full of good work, great ideas and a lot of detail, although you will find similarities to other titles. If you like science fiction and deep and demanding adventures, Prey offers a huge amount of possibilities to play as you want, we are sure that Prey will not disappoint you.

We have performed this review on a PS4 Pro with a digital code provided by Bethesda.