Sniper Elite V2 returns to current platforms, with remastered graphics and with all the content.

Remastering past titles allow new generations to discover a game that is not available on current platforms, with that it is certain titles are much more in demand than others, and probably the announcement of Sniper Elite V2 Remastered was something unexpected – especially when its fourth installment was launched two years ago.


Sniper Elite V2 debuted in 2012 for consoles of the past generation and PC, and it is a shooter set in World War II, but given the experience of our protagonist – a skilled sniper – the focus is on tactical combat, the stealth and in eliminating enemies from a distance. Although there is coverage mechanics and in the lower difficulty levels we could risk with more direct confrontations, Sniper Elite V2 is not designed to be played as a Call of Duty.

We are in the Berlin of 1945, is about to witness the final days of Nazi Germany. Our mission is to find scientists who are participating in the V2 program, the first long-range combat ballistic missile in the world, which allowed the Germans to reach targets in France and the United Kingdom. Throughout the adventure we will infiltrate facilities, we will discover details of the development of the war and we will eliminate some key members of this project that the Soviets are also looking for. It is a missile that could change the course of the conflict.

Sniper Elite V2 Remastered is inspired by the weapons of the time so we have several types of pistols, rifles, grenades and others, lethal although a little more rudimentary than current firearms. But of course, the arsenal highlights our sniper rifle. As in the original, short-range combat is weak, both in terms of possibilities and in artificial intelligence -which is not at the level of the best stealth games-, but it is obvious that long-distance shots prevail, using binoculars to mark enemy positions and in general to reach our objective at all costs, even avoiding confrontations. 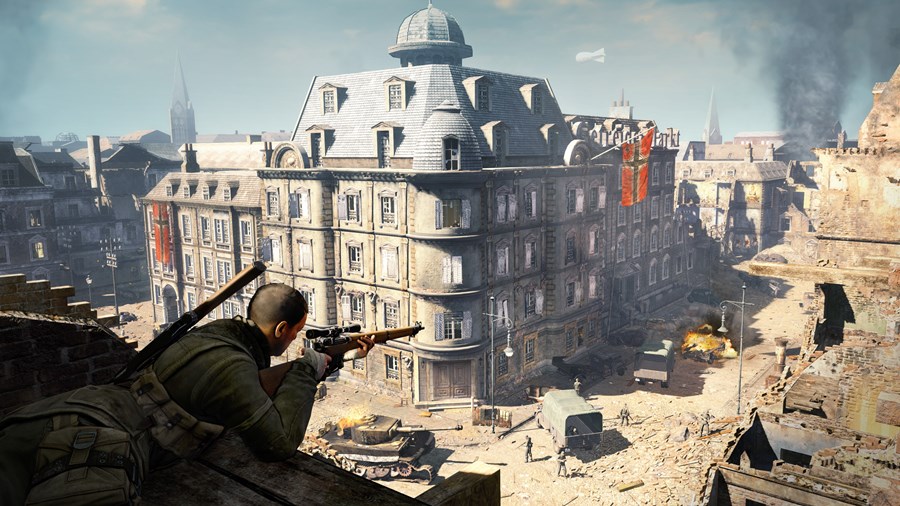 The game takes the shots with the rifle very seriously, and depending on the degree of simulation chosen, the variables that influence the furthest shots will be calculated more accurately: gravity, wind, position or pulse. Many of these casualties are recreated with a camera that follows the bullet and presents the bullet impact damage caused to the victims with a slo-mo x-ray sequence.  Difficulty adjustments will allow us a very permissive game or a much more demanding experience, holding our breath before pulling the trigger. 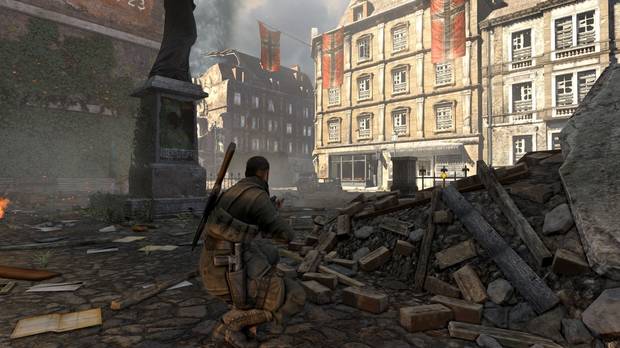 As for the rest of the gameplay, we can say the same of the AI ​​as in the original: it is acceptable for an action game, but not so much for one of stealth, and even less for one that aspires to realism. Yes, the patrols are looking for you once you are located and you can even throw stones to divert their attention to get to a location without alerting them, but during the shootings, they usually move through the streets without hiding behind covers. It is not exactly what you would expect from soldiers during a confrontation.

At least the design of the maps usually allows some alternative routes or are wide areas where you can place explosive traps, there are collectibles and interesting aspects such as the use of noise: when there is the sound of public announcement or explosions, we will have room to fire our weapons without fear of being discovered. Those who enjoy the slow pace and plan each step will know how to get the most out of this title. 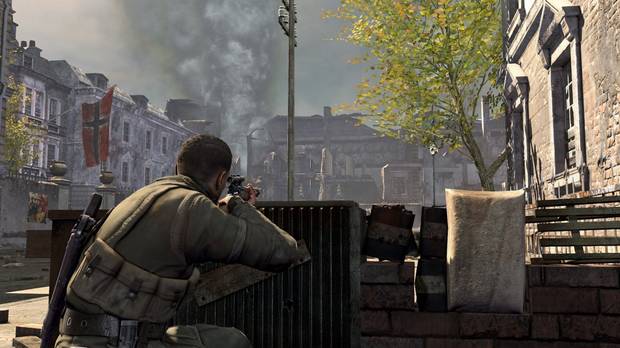 Sniper Elite V2 offers a campaign with a duration of around ten hours. The story could take better advantage of the subject and risk more in a variety of situations, but we must remember that it was not an overproduction and did not aspire to revolutionize the genre.

The first thing to say is that it is a complete edition, which includes a mission in which we must assassinate Hitler himself, as well as several extra weapons and new levels for the campaign. Not that it is very important for this version to be the definitive one. 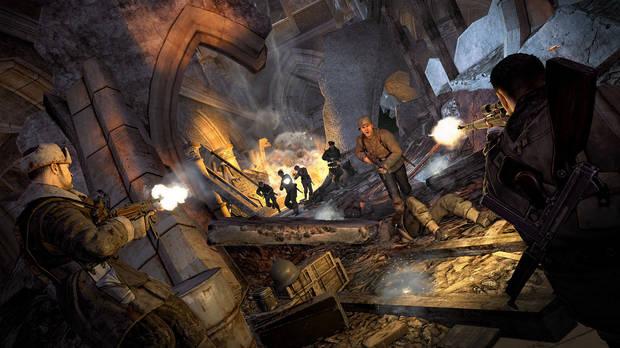 The graphics have been retouched and the jump will be more evident especially for the players who previously played it during the last generation. Textures, particles, modelling, effects and lighting have been revised, as well as accepting high resolutions, HDR and greater fluidity in certain platforms. We have tested Sniper Elite V2 Remastered in PS4 Pro and it has an option to prioritize the resolution or the rate of images per second to 60 fps.

The improvements put the game halfway through generations, with great moments where you can see the horizon of a city in semi-ruined war. Other details reveal their ancient origin, especially the animations that are a little stiff for the current standard -in fact, they did not stand out or the simple aspect of the soldiers during a close-up shot. 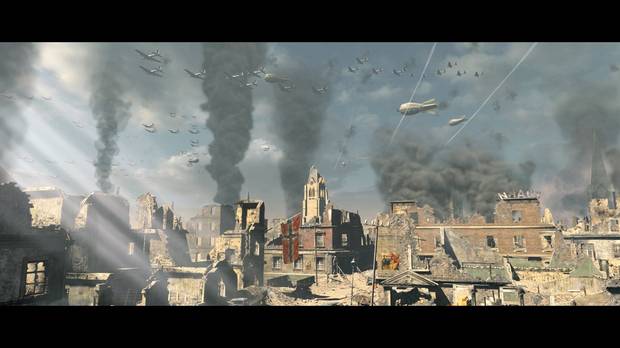 The new photo mode allows us to see our shots frame by frame, apply filters and frames that enhance the aim of our casualties, but also all those graphics limitations of short distances. One more option to show off in social networks our precision with the trigger.

Rebellion has taken the opportunity to cross the game with another of his series, Zombie Army, and has introduced new characters from these games in the campaign and multiplayer. Speaking of the online game, now allows you to participate in seven modes with a limit of 16 players , 8 online and 4 in local wifi on Switch. It may be tough to matchmake with people in the long term, but at least the option of the cooperative has not been eliminated. 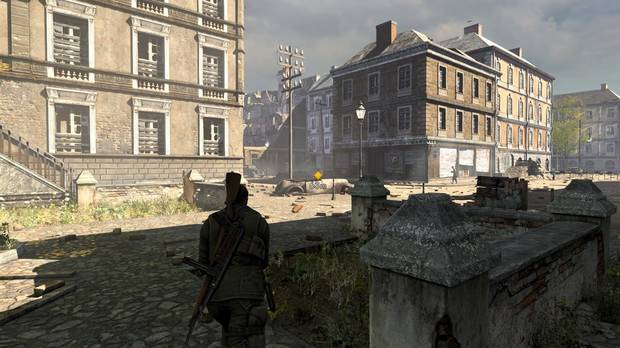 Sniper Elite V2 Remastered is a good game. It does not provide much news for fans who have played the original, and the series has not reaped too much reputation since then to justify the relaunch except, as we said at the beginning, giving the chance to current console users who wish to discover it now.

As a sniper-themed action game, it’s more than decent, with the right point between classic stealth and war simulation so it’s not too complex or a mere third-person shooter. No risk and is a bit short on ambition but recommended for Sniper Elite gamers who missed it at the time.