This week is strong enough for fans of indie titles, especially for owners of Wii U. There are several releases that have come to the home console from Nintendo, with Nova-111 the most surprising of all for the simple reason title that has landed with barely a sound, toes. Of course, this production Funktronic Laboratories and Curve Digital is not exclusive to Wii U (although this is the issue that we have discussed), as has also been developed for PS4, Xbox One and PS Vita plus PC platform where it appeared some time ago.


Having said this, what is Nova-111 ? It is a game concept quite striking and innovative, at least in principle, and that unifies a game system that merges the progress in real time with shifts . A risky combination but ended up being very suggestive as we will explain in a moment.

Before entering the field, it should explain a little argument that is part of this adventure. And as usual in many of the titles of this style, this story is anything but deep .

An experiment has resulted in the fact that our ship will stop a space-time “mixed”, so to call it.And because of this the flow in real time with the so-called shift intermingle. Our goal is precisely to find ways to restore the normal space / time and, incidentally, rescue poor scientists who have been sent to different planets. 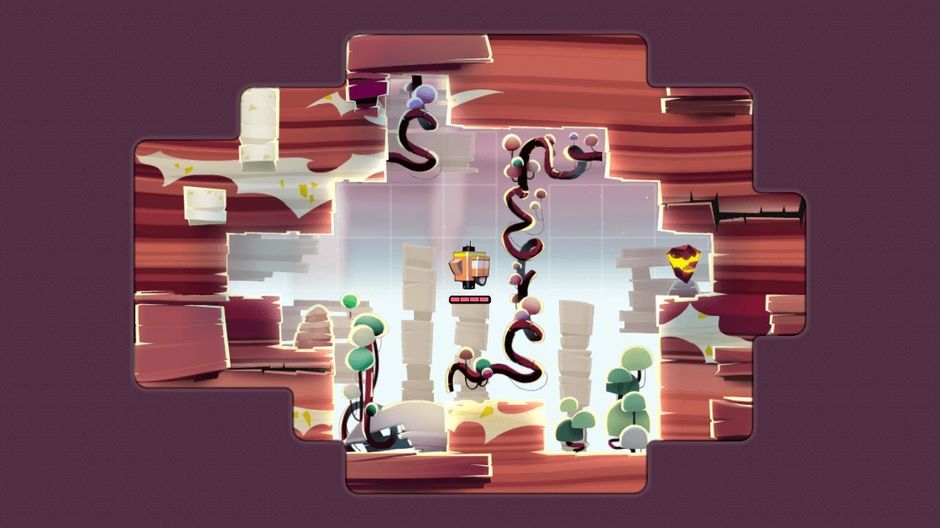 We explore different planets inhabited by creatures of all kinds and not too nice.

From there begins our journey, being necessary to investigate the depths and different areas of three alien planets, which are populated by creatures of all kinds to which we must break. And with them, the puzzles also deserve our attention as well as the gradual improvement of the capacity of our ship. Exploration, battles, puzzles and hints of adventure , a winning formula on which the traditional 2D gameplay is based on what has been This work built Funktronic Labs.

But as I already mentioned, the true grace is behind this production has to do with its development, with the way we operate and interact with the environment to solve each puzzle … and, above all, how we face combat.

In each of the levels that are part of each planet we visited we move through grids , like a game of strategy is involved. And similarly, as we progress we unveiling of the stage, which are covered by the typical fog so popular within the RTS war. 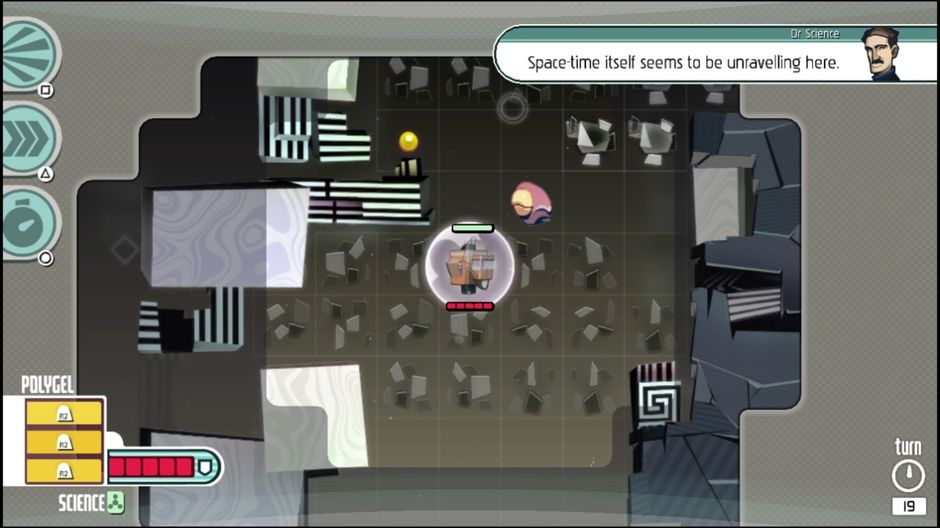 The shift movements are combined with actions in real time excellently.

Each maneuver consumes a turn, so whenever we find an enemy, it moves at the same time that we, although some opponents modify this formula. And how? As an admirable way, since moving there in shifts but we launch attacks in real time. And something similar happens with certain elements of the funds, such as stone peaks that arise from the ceilings, moving objects in real time.