Microsoft's star franchise takes a leap to the next generation with an essential adventure for all Xbox One owners.

If there is any franchise that will increase the sales of Microsoft’s XBOX, that is undoubtedly Halo. The adventures of Master Chief since 2002 giving us the pleasure of an exciting world of science fiction, epic and unique moments, and a multiplayer that revolutionized the industry. Without doubt this series also popularized online gaming on consoles.

Given the history of the series, the hype for Halo is no fluke, which brings an enormous excitement with each release of this series. Halo5: Guardian’s interest seems to be slightly higher since it is the first Halo development, exclusively for Xbox One. Halo 5 comes with great graphical upgrade and an online multiplayer mode that will consume all Halo fan’s gaming time and have them glued to the controller and screen!

Halo5’s story continues with Halo4’s events and to understand the essentials of the game, which has a campaign and a game mode called the Spartan Ops. Once played, the name Guardians will make more sense to the gamer. That being said, we do not want to give out too many details to prevent you from any spoilers. Unlike the predecessors in Halo5 the team will control control four Spartans each. To give you an overview, the Blue Team is led by the iconic Master Chief, and the Osiris Assault Team is commanded by Lieutenant Jameson Locke. If you recall, Jameson Locke is a SPARTAN-IV who is existing throughout the Halo series: Nightfall. 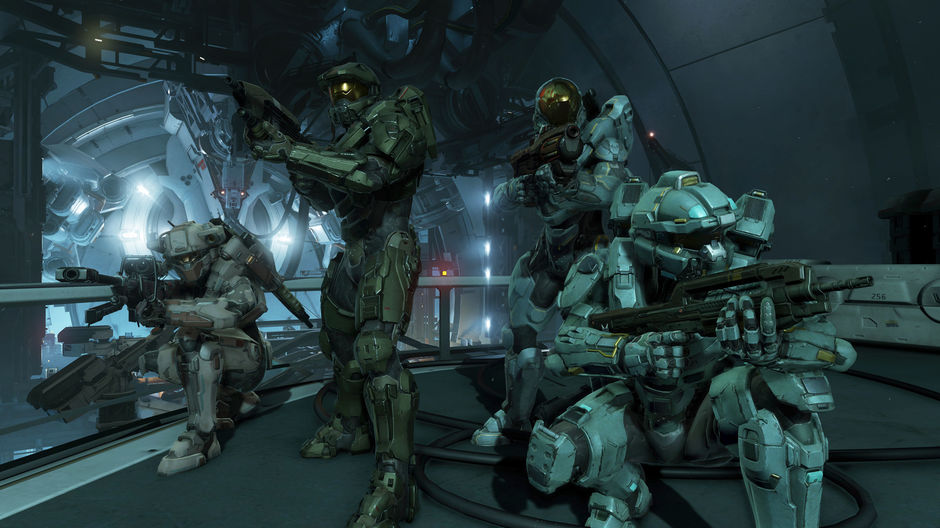 With the Blue Team we will play only a few missions, but are the longest and interesting game.

Starting of, if you are looking forward to bond with the mythical hero of the series, you might get disappointed since the distribution of the missions is not distributed as we hoped for. Only three missions of the 15 existing are played with the Blue Team. Thus, the opportunity to play with the Blue Team is very limited

However,  there is a very high chance that we are actually facing the best story line of the entire series. The dialogues and video scenes keep the game fresh, full of details, without revealing any major secrets to keep the player engaged and the continuing story exciting. This seemed to be an issue in Halo4, which came with the hidden terminals that revealed too much of the storyline. We are extremely satisfied that Microsoft has improved the storyline to keep it engaging.

The story itself will lock you in front of the screen since throughout the gameplay you will be part of major revelations about the universe. This will give you  a solid understanding of the series to make you look forward to the next part of the Halo series’ release, which rumors are saying that it should be released in June (this is not official). This series will address all the important and promising parts of the series’ story. Halo 5: Guardians definitely brings us all up to date to this point to find out more about further promising parts and its darkness.