Treyarch returns with an action game filled with content that once again return to it's origins and an awesome multiplayer.

Finally everybody gets to enjoy this new release of Call of Duty. That being said, we just found out that there are still twelve million players a month who are still enjoying Call of Duty: Black Ops II, which was released in 2012. This shows with no doubt that Treyarch has done its job Three years later comes the third installment of this series, Call of Duty: Black Ops III, a game that is full of action packed moments and content that meets everything and more than we expected. Wow, what a return and thank you Treyarch.

We all know that the entire series is quite fashionable in its own way, but Black Ops III added a great game mode to it campaign, which you can play four player to finish the most elaborate campaign mode of the series.

The war takes another leap into the future. The game is set in 2065, which brings all sorts of new features to the campaign, from superpowers to new types of gadgets, weapons and enemies. You will face and fight all sorts of drones and robots . Without going into details about the plot, which is full of twists and surprises, you will face a story that will please any type of science fiction fan, which on the other hand can cause some players to dislike the futuristic title. 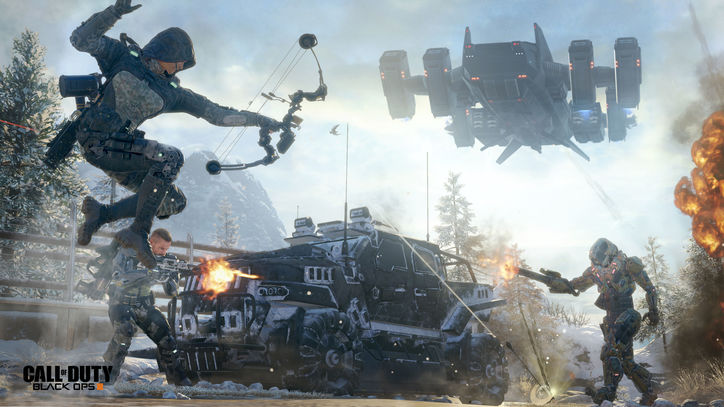 You will realize that the game has quite a few cinematics and dialogues, which can interrupt the overall rhythm of this action game. Generally, players are ok with the odd break in between for the sake of creating a story line, but we feel that Treyarch went a bit overboard.

The other concern is that we feel that the campaign wasn’t initially designed to be a cooperative game. You do move through broad scenarios, which gives you that feeling but at times you get the feeling that this mode was simply added. On. Particularly when one of the players reaches the next save point, it will teleport all other players to the same point, without giving the other players the option to decide otherwise.

Chronos: Before the Ashes Review
November 30, 2020

The new Resident Evil could be a RE3 remake with a special four-on-one mode
September 1, 2019
Average User Rating
9.2
3 votes
Rate
Submit
Your Rating
0